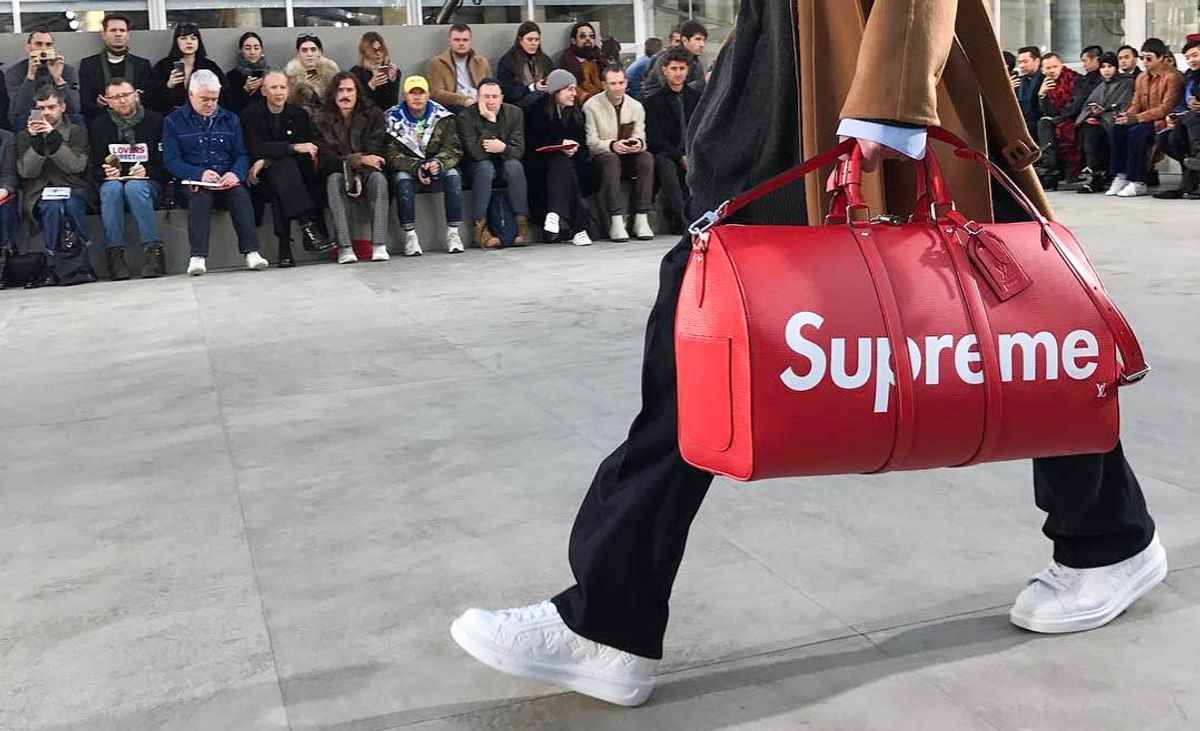 You won’t be able to buy it online either.

UPDATE 7/12: Today is a big, bad day in fashion. First, news of iconic Colette’s shuttering, and now another Parisian fashion house, Louis Vuitton, announced it won’t actually sell its most hyped streetwear drop. Maybe we should have seen it coming with the plagued Supreme x Louis Vuitton New York location pop-up that never made it past the permit, but late on Tuesday night, Hypebeast reported that Louis Vuitton’s client services confirmed in an email that the collab collection “will no longer be sold in any stores or online.” So if you were waiting for your chance to get your hands on a monogramed red Epi Keepall in the US, you can expect to pay astronomical resale for it.

UPDATE 6/29: After first debuting the collaboration back in January, you can ~finally~ get your hands on the Supreme x Louis Vuitton collection tomorrow. Although New York won’t be getting a pop-up location, if you’re in Sydney, Seoul, Tokyo, Beijing, Paris, London, Miami, or Los Angeles, you should get your lawn chairs and roadies at the ready for the lineups. As Louis Vuitton continues to roll out exact locations, we’ll be updating them for you. Here’s what we know so far:

We’re going to go ahead and call it right now: Supreme x Louis Vuitton is the most hyped collab of 2017. It’s dropped (on social, that is—the real deal isn’t available until July 17th) for all of, what, a few hours and you’d be hard-pressed not to see it on your feed. From the oversized monogrammed denim jacket to the red Epi Keepall and Petite Mal red monogrammed cell phone case, and the more arbitrary items, like a dice holder on a chain and logo stunner shades, you’re about to see a whole lot more of it.

Click through the below to see all the pieces. (Psst..we’ll be updating as more are published, so make sure to check back!)