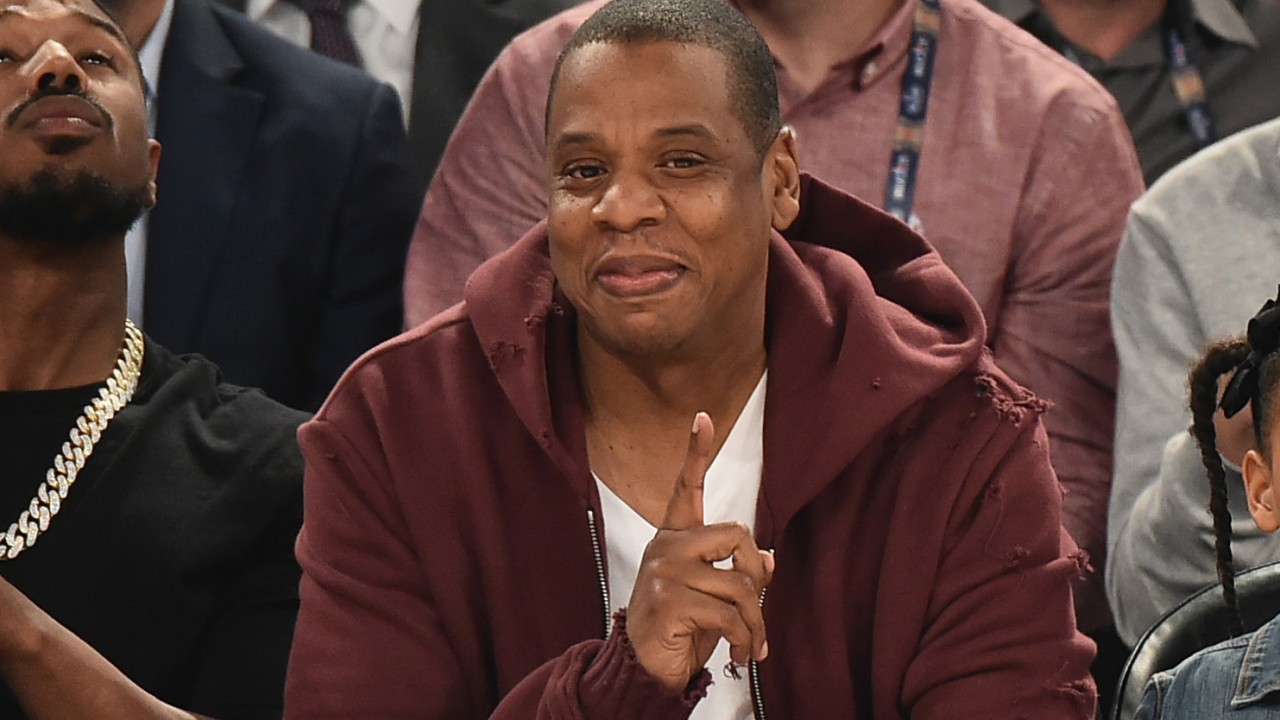 The Internet Is LOSING IT Over Jay-Z’s New Album

Our favorite thing to do when someone releases a new album? Well, listen to it, of course...followed by scrolling through Twitter. Currently, the social media platform is THE PLACE to procrastinate right now, as everyone’s coming up with hilarious memes and GIFs about Jay-Z’s newest release, 4:44. With lyrics about cheating on Beyoncé (yep, Lemonade has been confirmed) to dissing Future with a play on words, there’s plenty of material to work with here, meaning we’ll be laughing—and refreshing our feeds—well into the weekend.

Reading y'all Jay Z lyric tweets, tryna imagine how the songs sound, since I don't have tidal. pic.twitter.com/05yC7Dmac8

Me sitting here trying to figure how I'm gonna listen to this Jay Z album tonight without Tidal pic.twitter.com/VYo56EbDOK

When everyone is tweeting about the new Jay Z album but you don't have Tidal pic.twitter.com/6EriUNHrAD

Y'all trying to make another Tidal account after you used your free trial on Lemonade ???? ☕️ pic.twitter.com/Ny0Xi6fXN6

When Sprint is trash but they're giving us 6 months free of Tidal so we can enjoy this new Jay-Z album pic.twitter.com/UEHgIvsHHu

About Jay-Z Cheating on Beyoncé:

Jay-Z confirming he cheated on Beyoncé while Beyoncé singing in the background... pic.twitter.com/r541USSbYN

When you didn't wanna believe the rumors but Jay-Z confirms he cheated on Bey pic.twitter.com/jMsikUB6JV

Me vibing to this Jay-Z album and then i hear him admit he cheated on Beyonce with Becky... pic.twitter.com/DxmZM2VI9J

The #beyhive after they heard "4:44" pic.twitter.com/4PYunmyikF

Me tryna vibe to Jay Z album but him cheating on Beyoncé keeps popping in my head pic.twitter.com/k5RrH5EMtt

About the Line That Referenced Halle Berry and Her Ex, Eric Benet:

Followed By the Line That Referenced Future, Ciara and Russell Wilson:

The Future line about other dudes playing football with your son pic.twitter.com/LoGD3Dw2Od

In the Future other n****s playing football with your son - Jay-Z pic.twitter.com/5WBe7QkOMw

"I don't know what you would've done, in the "future" other n***as playing football with your son!" OH. MY GOD!!! #JAYZ #SavageAF pic.twitter.com/X077gpmnZX

About the Billionaire Line:

"What's better than one billionaire? Two. Especially if they from the same hue as you." pic.twitter.com/ol929vJSNf

What's better than one Billionaire? 2? Specially when they got the same hue as you???? pic.twitter.com/uJCxR09hwO

Jay: YOU EGGED SOLANGE ON!

solange: *kicks and hits jay z repeatedly in elevator*
me then: omg wtf!!
me now: pic.twitter.com/V22Hu6aVby

Solange really channeled Beyoncé's pain and anger into her own fist and showed Jay Z what his wife was feeling on the inside. Beautiful pic.twitter.com/wgiwEDbJYz

About the Listening Experience:

Jay z touched on a whole plethora of things on this album. All they heard was " jay z admitted he cheated on Beyonce" pic.twitter.com/9zSxpH7nms

When you had no interest in a Jay Z album but hear he's spilling tea and dragging a Kardashian.. pic.twitter.com/jzSGRzrMx6

Jay Z gave us the male version of 'Lemonade'. 'Hennessy and Coke' if you will! #Tidal #JAYZ #444 pic.twitter.com/N57WhJj0IU