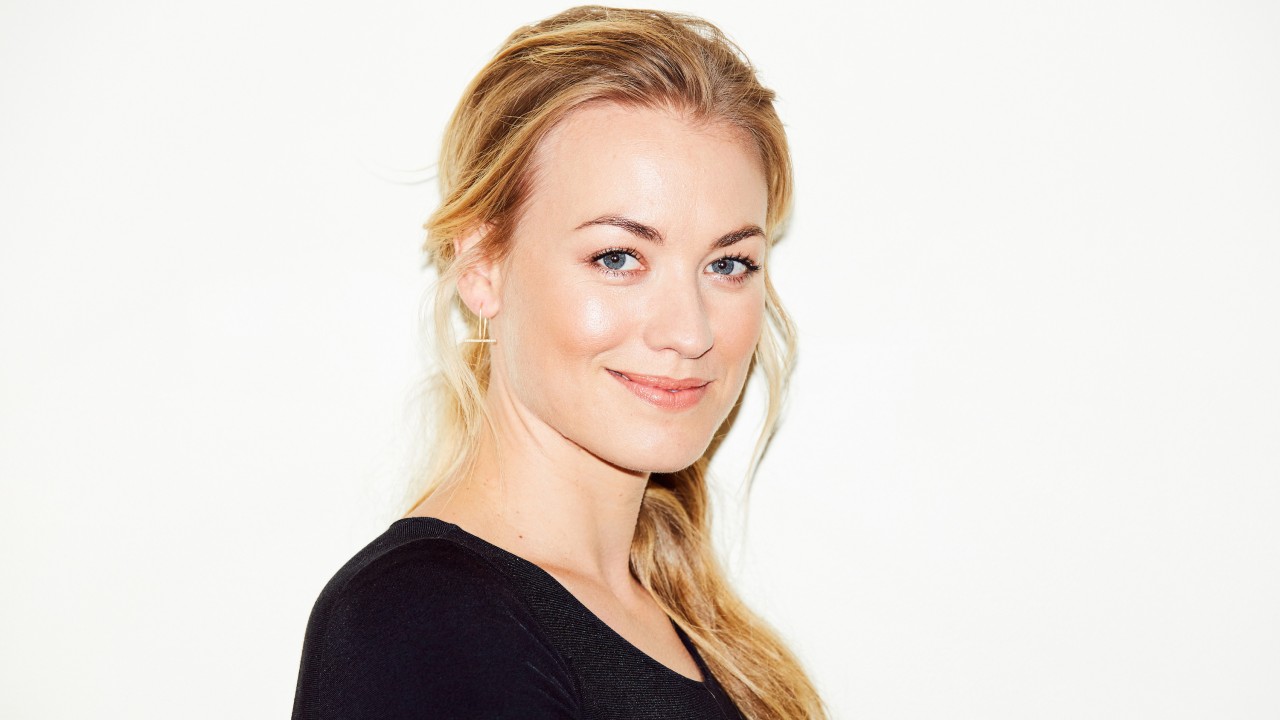 Plus, we talk about how everything changed on set post-election.

As far as ways in which a photoshoot can go, I never expected to start one with a ghost story. But that’s exactly what happened when I met Yvonne Strahovski in Beverly Hills, just days before she headed to Banff Springs—a castle turned hotel nestled at the base of the Canadian Rockies. It’s stunning (like a postcard!) but also haunted. I know because I’ve stayed there, and felt obligated to share my superstitions. I have to admit, I was surprised when Strahovski started telling me an anecdote of her “many” revenant encounters (more on that below!) that were so convincing, even the reluctant believer in me felt swayed.

But we finally regress to talk of more tellurian trepidations stories. Like that of her character, Serena Joy Waterford: the stoic, often-villainous infertile wife to The Commander in Hulu’s original series, The Handmaid’s Tale. Her life in Margaret Atwood’s dystopian society, Gilead, shares a scary (more so than ghost stories!) resemblance to Trump’s America. Strahovski tells me of how things changed on set post-election, how she often struggled to relate to her character’s polar-opposite views, and how she chills out after those intense scenes. 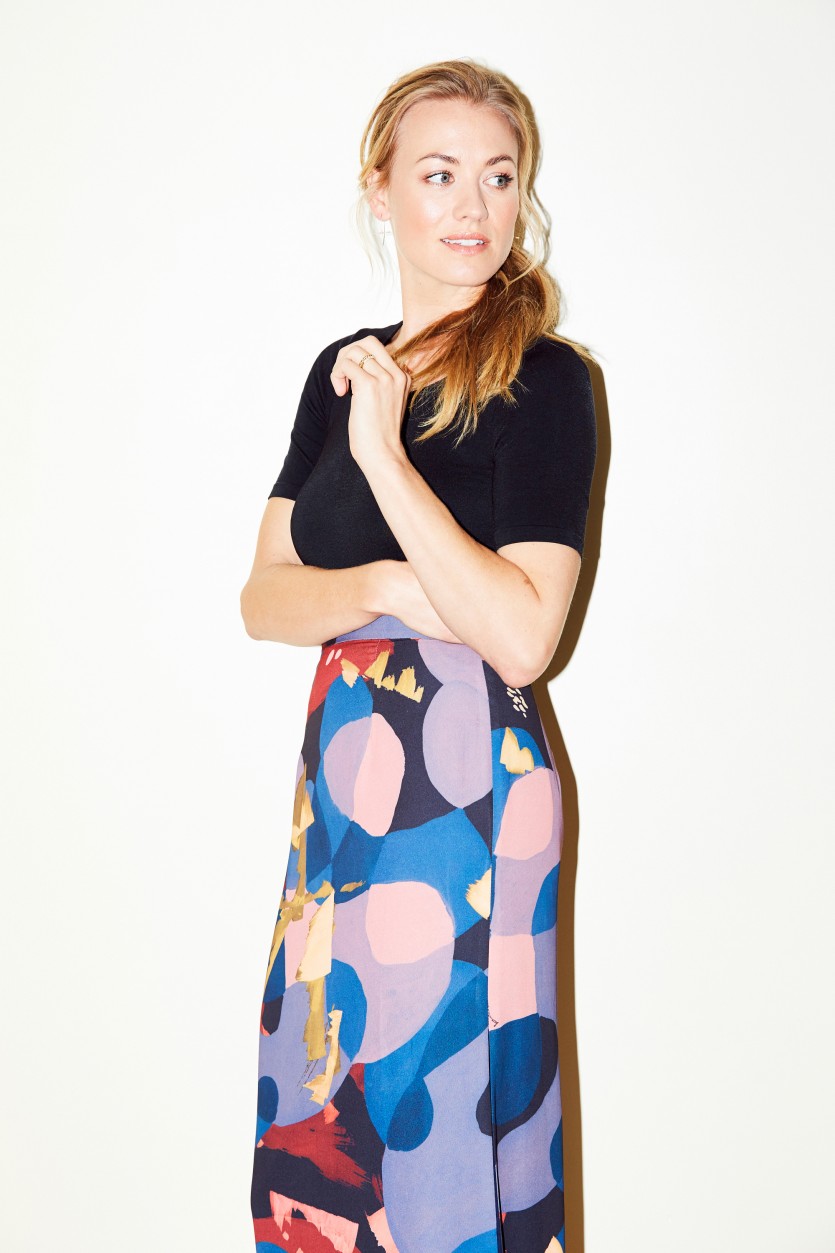 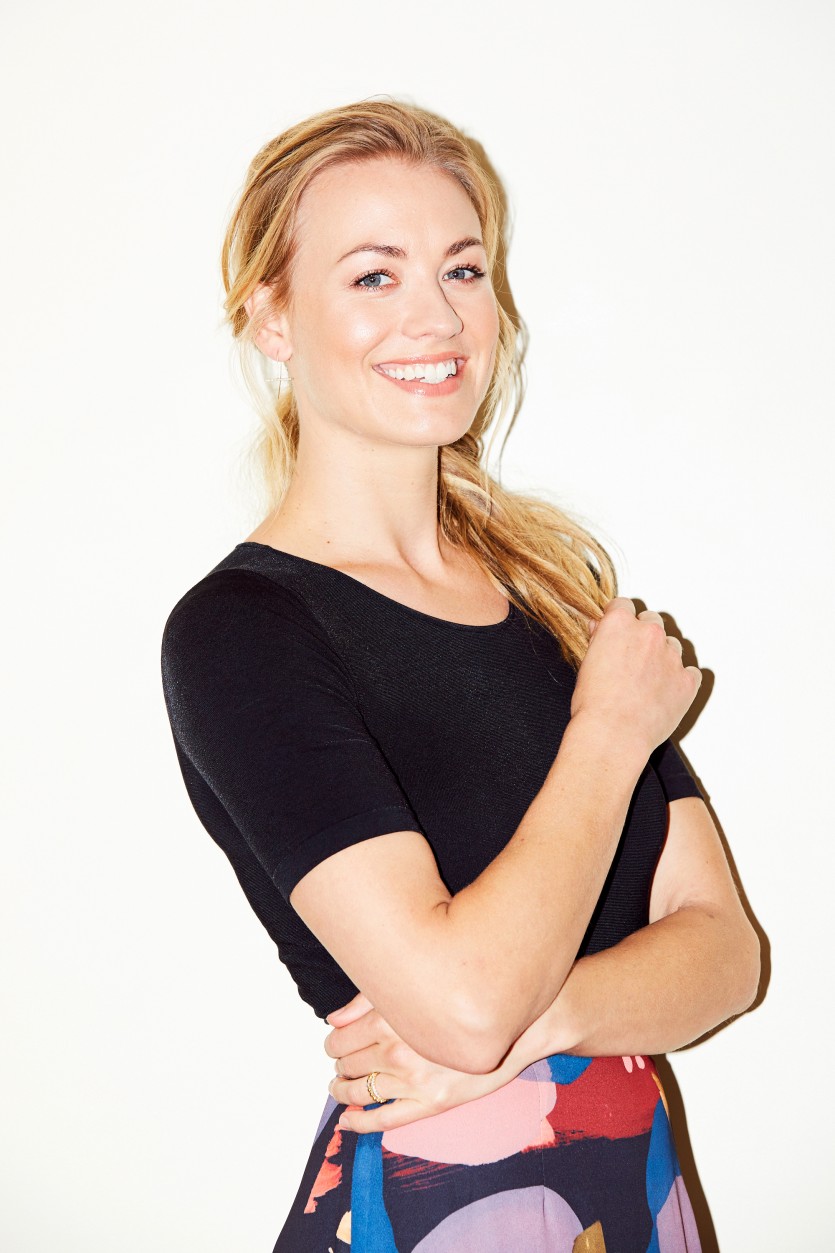 “My dog is a mama’s boy, and I had two friends over one night. It was very late, probably midnight, and I had just started to renovate the house. I know that the man who built it had died pretty recently—not in the house. My dog just kind of looked over at an open space; it was the kitchen-dining-living area leading into the master bedroom end. He never leaves my side, but got up and started stalking over to the doorway like a jaguar. I have never, in the 10 years I have had him, seen him do that. He walked across the room, growling, and stopped about 3 feet in front of the doorway and looked up as if somebody was standing there, and growled like a crazy dog for two minutes. We all froze. He just kind of shook it off and walked back over. My friends were like, ‘What the fuck was that?’ There are many more, but that was one that had us all shaken.”

How things changed on set post-election:

“Something changed for me, personally. It was a very strange experience, having started this show and knowing that this was being conceived pre-election. We were filming while they were campaigning; the election happened in November, and we were still shooting until mid-February, so we were well into his presidency. The Women’s March came about during those first few months. It was really powerful and confusing to be playing one of the authority figures that is, in essence, a villain.

“I’m drawing these parallels between what was going on in real-life politics to my character, while at the same time being me and going to the Women’s March, and feeling like I couldn’t relate to Serena Joy at all in those moments.” 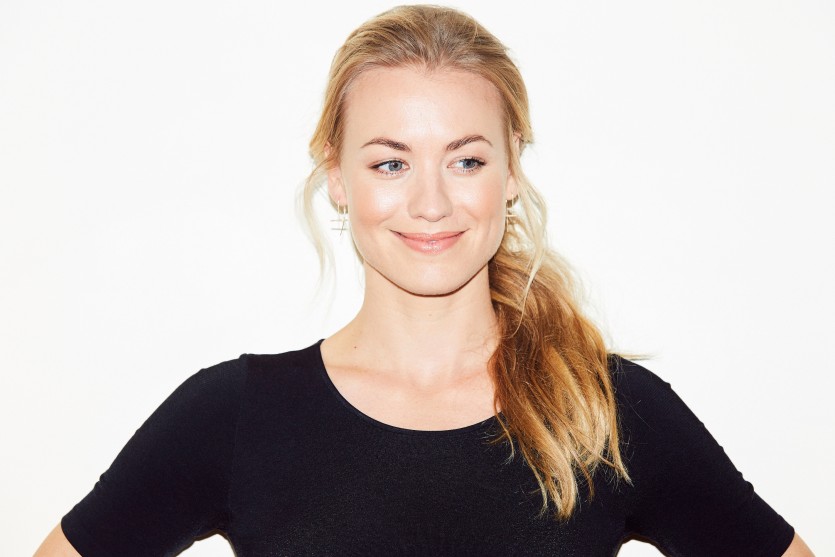 The eerie similarities between fiction and real life:

“It was a very strange journey of our mirroring life. How amazing has it been to be a part of something that really has such strength and power in affecting people. Not only have we reached the heights of great entertainment because it’s so beautifully written, shot, directed and acted, but we have also crashed through boundaries into real land, where we can have real conversations with people who are truly, deeply affected by the show and alarmed. It seems to me, from the conversations that I’ve had with many people, that it speaks to people’s fears about what could happen and what is happening. You hear headlines about women’s rights and what women are suppose[d] to do with their bodies, and men [are] discussing that in a room—there are no females present. It’s alarming and you can’t help but draw direct parallels. You can’t help it.”

How the silence was almost more important than the dialogue in her scenes:

Her way of chilling out after intense scenes:

“I go to Lake Ontario. I go to the lake’s edge, and I ride my bike up and down that lakeside. That’s how I discovered all the parks [in Toronto]. It was hard, though. I spent a lot of time trying to get into Serena’s headspace. She is so brutal. I think (not that this is justifiable) I can see why someone would abuse their power in that way, because there’s no other outlet. She, too, even though she put herself there and only had herself to blame, has to try to survive.”