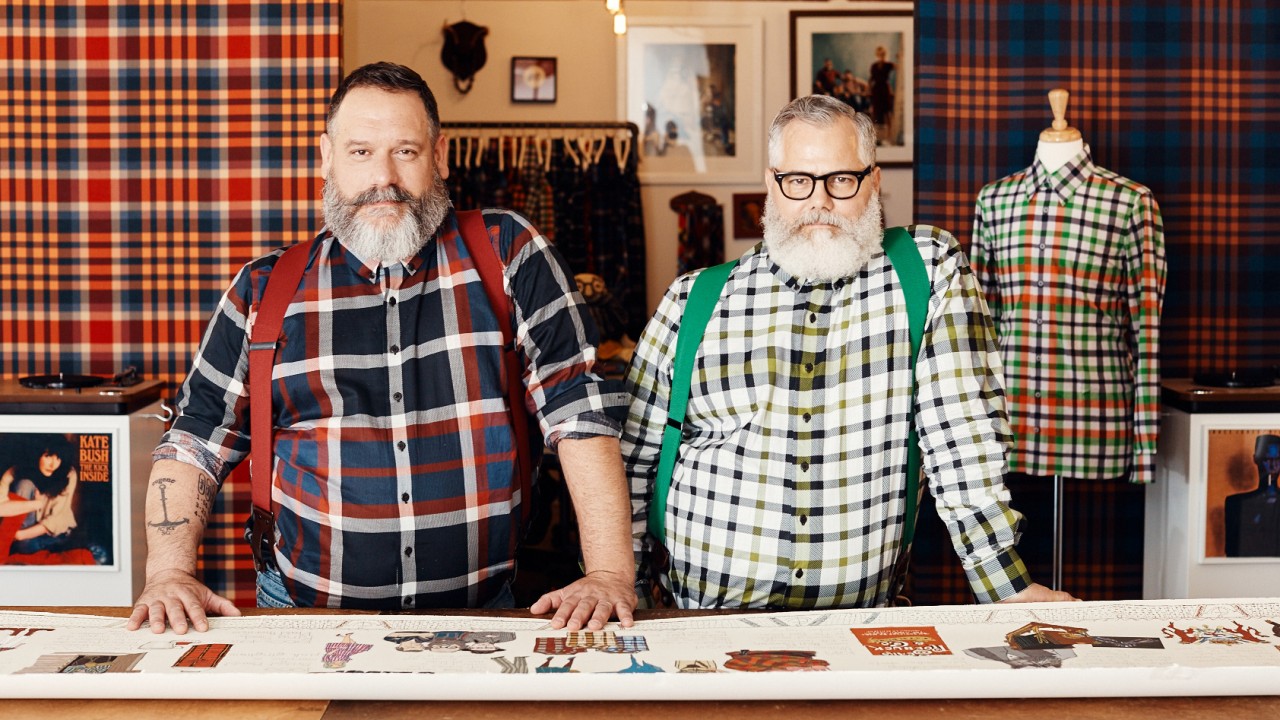 Meet the Twinning Lumberjacks of Fashion

When the elevator opens onto Jeffrey Costello’s and Robert Tagliapietra’s airy New York studio, you’ve officially entered the “plaidiverse.” For the uninitiated, that’s the designers’ official term of endearment for their new brand, JCRT, which is devoted entirely to plaid shirts and accessories. Floor-to-ceiling panels are decked in neon pink, electric green, deep navy—every color combination imaginable. An 8-foot mood board stands in the corner, featuring everyone from Judd Nelson to Princess Diana proudly sporting plaid. When we single out a photo of Blanche Devereaux from Golden Girls, Robert chuckles, “Everyone loves a sequin plaid jumpsuit.” There has never been a truer statement, in our opinion.

The peculiar glamour of the photograph might seem out of place when meeting the so-called “lumberjacks of fashion,” but underneath the plaid shirts and bushy beards, Robert and Jeffrey have deep roots in the industry. Before launching their first label, Costello Tagliapietra (which they have now shuttered), the couple toured with musicians for years, designing costumes for everyone from Nine Inch Nails to Madonna. Jeffrey, the softer half of the couple, even wound up as an accidental backup dancer for the queen of pop. He laughs, “I went onstage thinking I was going to be interviewed, and they just wanted me to dance. I was so embarrassed I kind of just backed off the stage.” 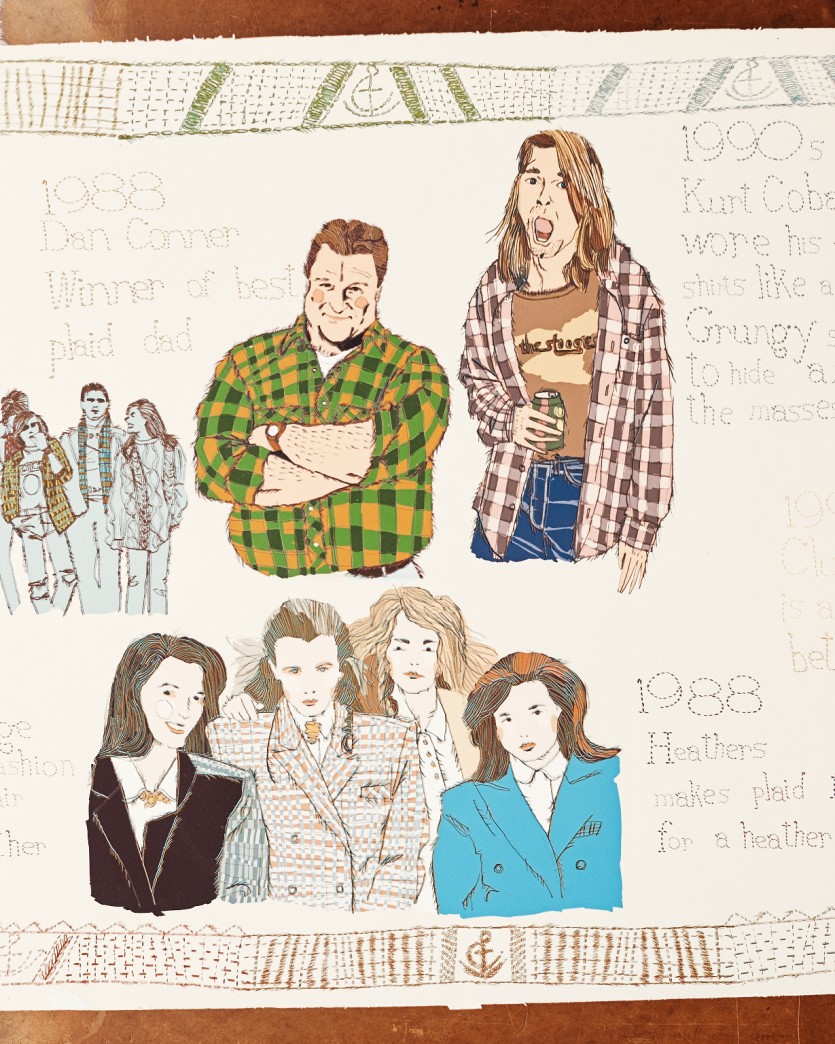 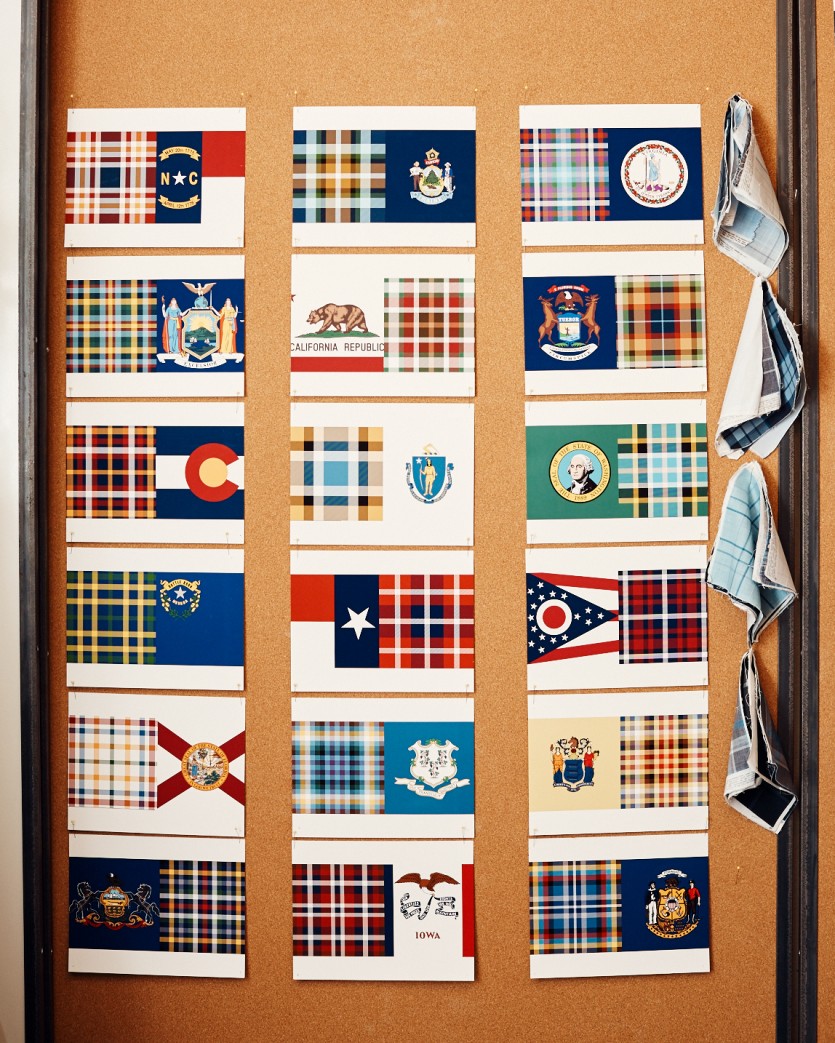 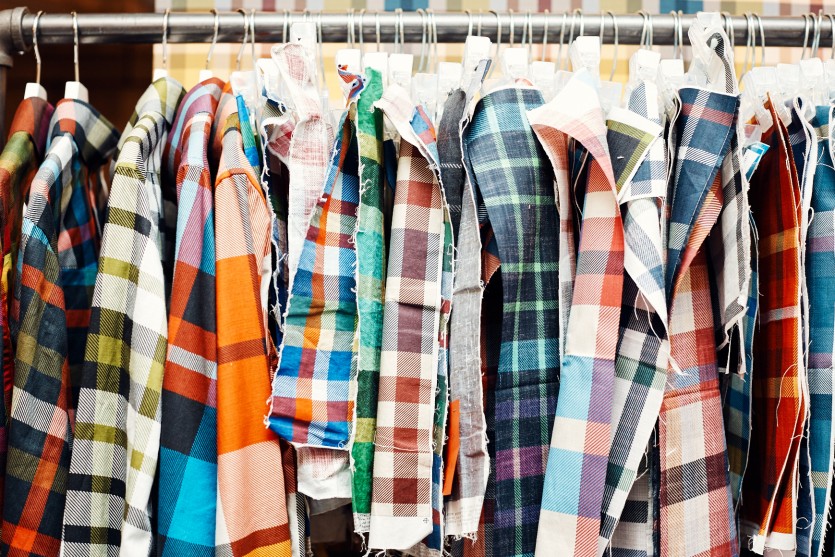 Friends encouraged the pair to create their own collection, which they did, before sending off a photocopied lookbook to Vogue. Robert remembers, “We didn't even know what ‘fashion’ meant. It seemed so easy in our heads: You make clothes, you sell [them]. It was a quick learning curve.” More press followed, and in 2005 the Costello Tagliapietra line was born, with a little extra help from Anna Wintour herself. “The writer of the article called us and said, ‘I can’t keep writing [your full names]’ and asked if [she] could just make it into Costello Tagliapietra. She said Anna would prefer that.” It’s hard to argue with that logic.

After 11 years as a ready-to-wear brand, Jeffrey and Robert closed Costello Tagliapietra and are now capitalizing on their deep love of plaid with the new JCRT line, keeping it both accessible and timeless. Their shirts are priced at $125 and range from size small to 4XL to accommodate a variety of body types. Says Robert, “When we first started, we were looking at these mills and pulling from the same fabrics [as] everyone from J. Crew to Tom Ford.” They both wanted a more varied selection of material, and have now designed their own software to print hundreds of new pattern and color combinations. “[The software] was fulfilling a need. I wanted a bright pink plaid. I wanted a fluorescent, weird plaid. It’s been a fun game.” To ensure that every pattern lines up perfectly no matter the size, each garment is hand-cut individually and then sewn. “We wanted it to feel like a beautiful custom shirt.” 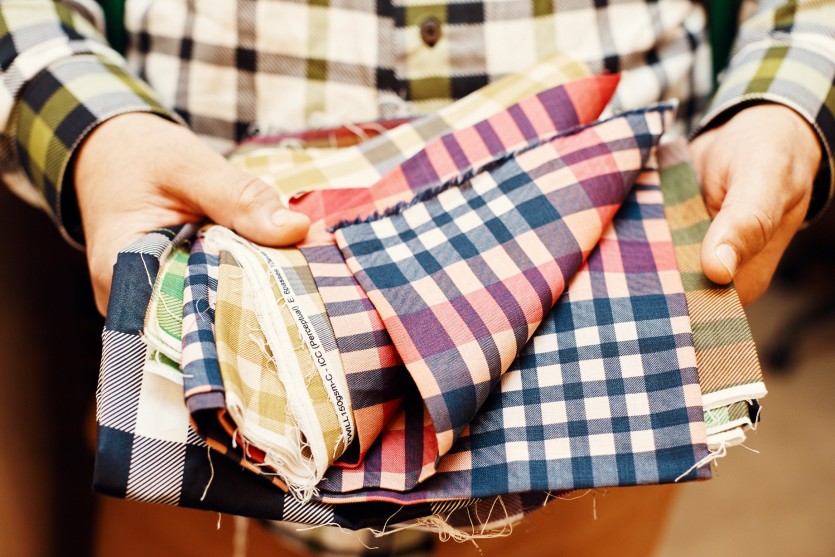 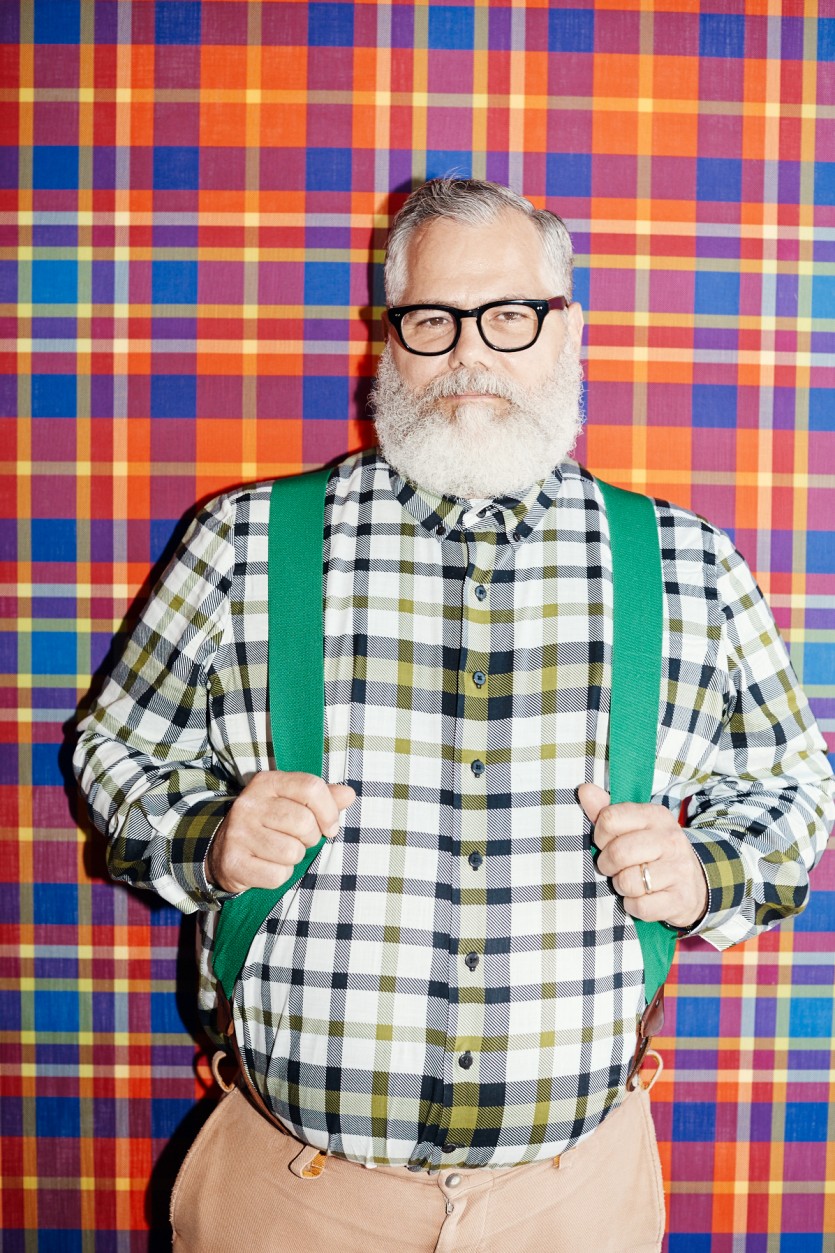 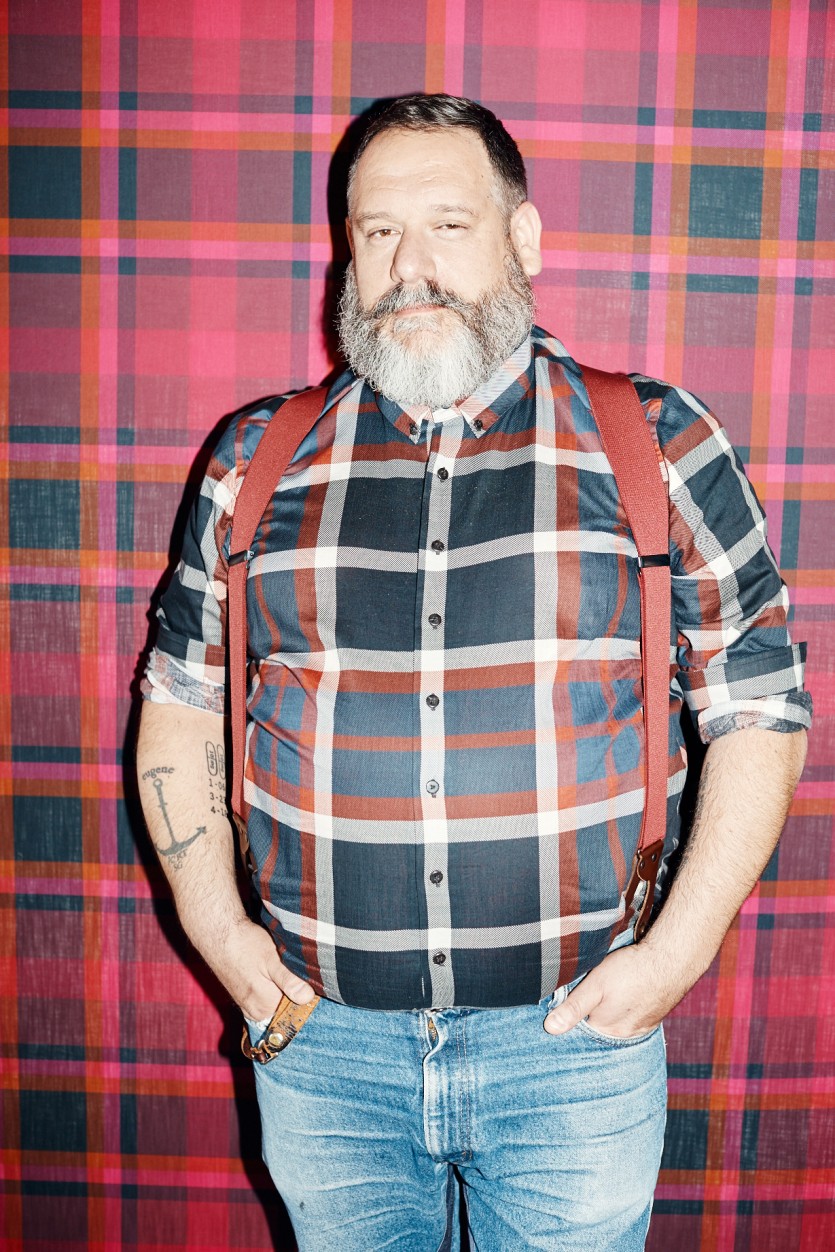 Conveniently, the couple’s signature style fully embodies the brand’s ethos. When asked if they predicted the hipster “lumbersexual” trend, Robert smiles. “We lived it, but we didn’t call it.” Their appreciation for the pattern developed early before transforming into the full-fledged JCRT brand. “It came out of being a kid of the ’90s. I grew up loving all those bands and idolizing people like River Phoenix and Kurt Cobain, these guys who were sort of embracing what’s now called normcore —this normalcy of just grabbing stuff from a thrift store that speaks to you, whether it’s ugly or not, and you just love it and you wear it until it’s got holes in it. That is what spoke to me about plaid.”

Their newest collection draws inspiration from another mutual love—literature. Stacks of books, including several first editions, line the office walls, and their corresponding fabric swatches hang on mood boards nearby. They explain that the muted, vintage cover of Sylvia Plath’s The Bell Jar inspired the pattern on Jeffrey’s green plaid shirt. And Robert’s? “Cocteau Twins’ Blue Bell Knoll.” An album, naturally, to commemorate their years on the road. 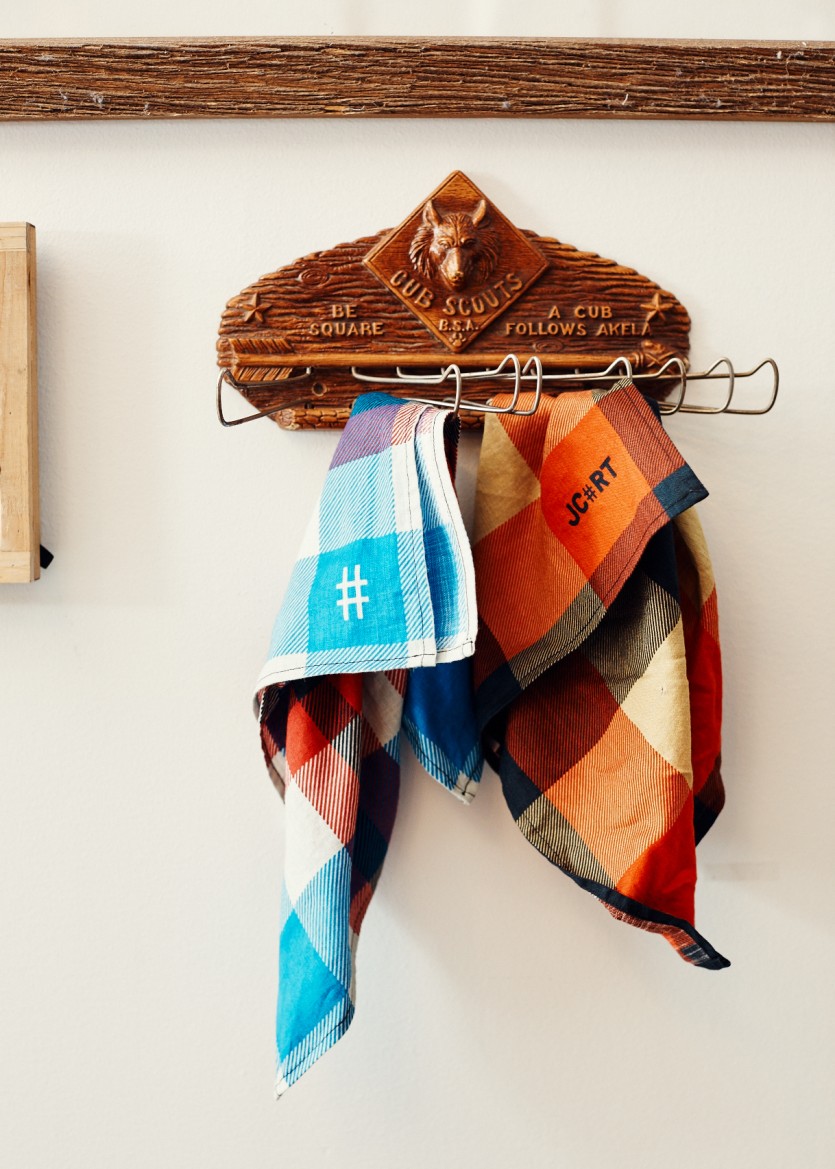 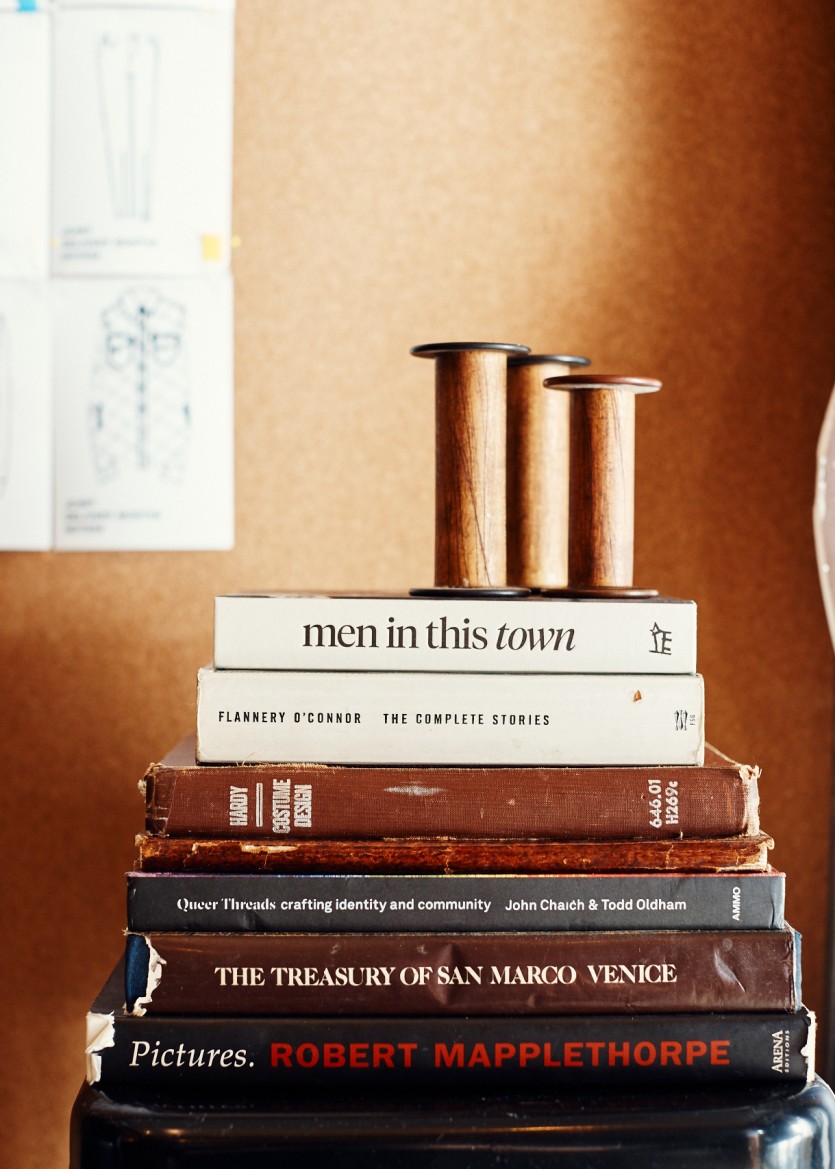 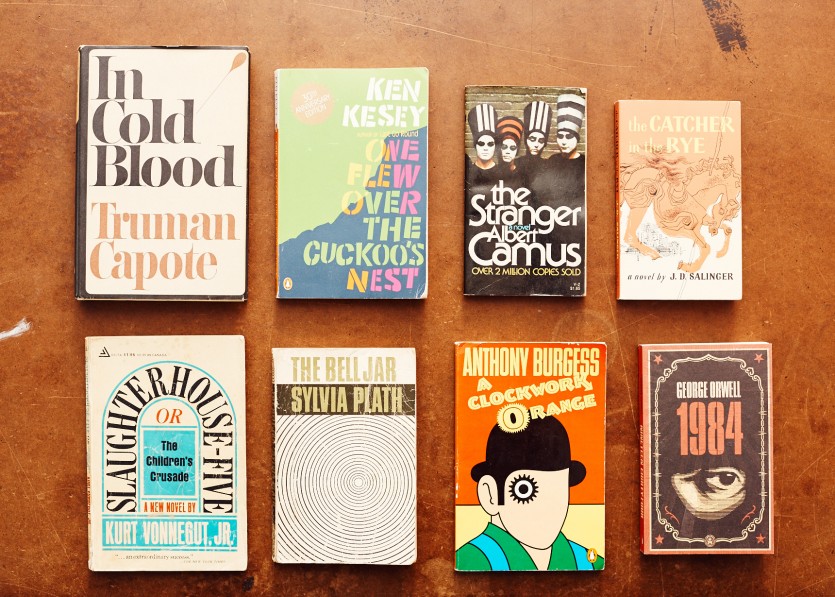 As for what’s next for JCRT, we recall the sequined jumpsuit from the mood board. Would they ever consider making their own version? They laugh and without a moment’s hesitation make all of our fashion dreams come true. “Of course!” We promise to be the first in line when that day comes.