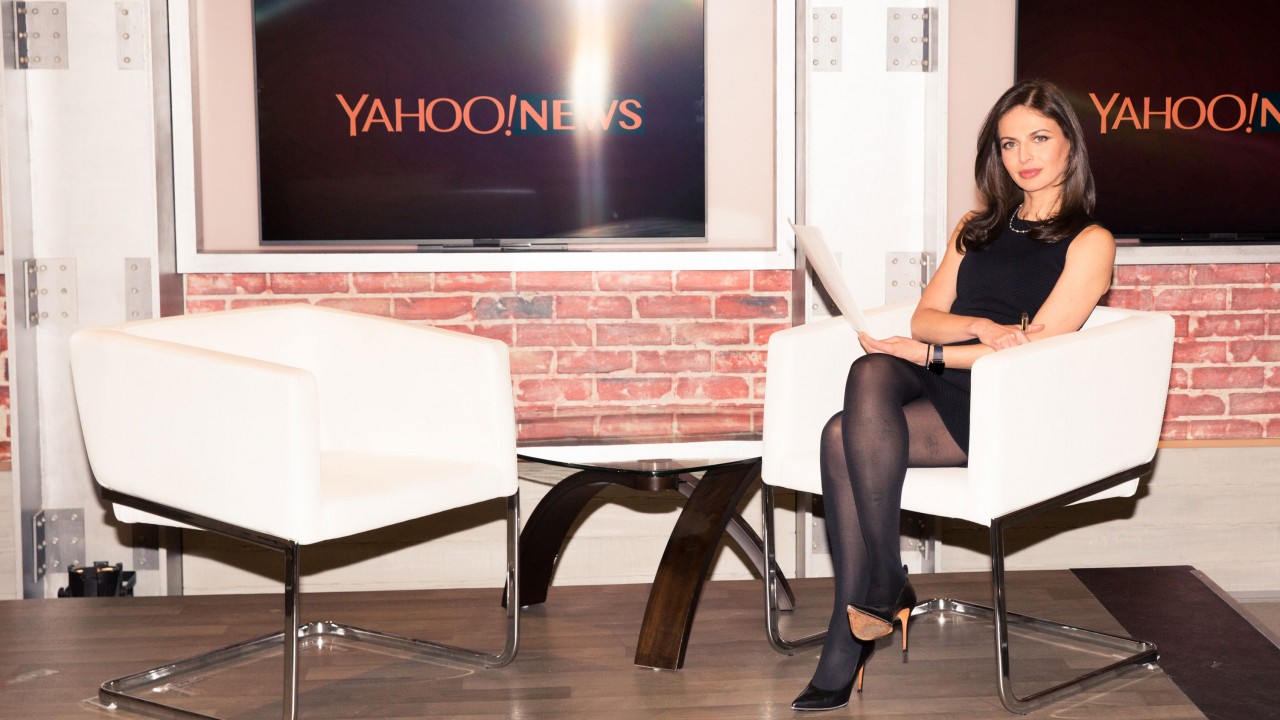 “Our job is to get the facts and interpret them.”

There is zero doubt in the collective consciousness that we’re at a weird period with reporting and the news media generally. With @realDonaldTrump regularly tweeting “FAKE NEWS!!!” and bemoaning the alleged “witch hunt” against him led by the news media, reporters have to be more careful than ever to not only know the facts, but remain unbiased—no matter on which side of the fence a reporter happens to personally fall on. In other words, it takes an extra level of badassery to be a reporter in 2017.

Which brings us to Bianna Golodryga. Golodryga got her start in finance in Austin but quickly made the move to the news. “As crazy as it may sound, CNBC had always played in our office, and I went to a performing arts high school in Houston, so I did have some television training,” she said. “I sort of thought that was the perfect blend of my experience in business and obviously a little bit in theater.” Apparently so—after stints at CNBC and ABC, she’s now the News and Finance anchor at Yahoo.

With a résumé as impressive as hers in a time as strange as this, we pressed Golodryga for the five steps to dominating in your field and staying on top of every bit of news in this whirlwind climate. 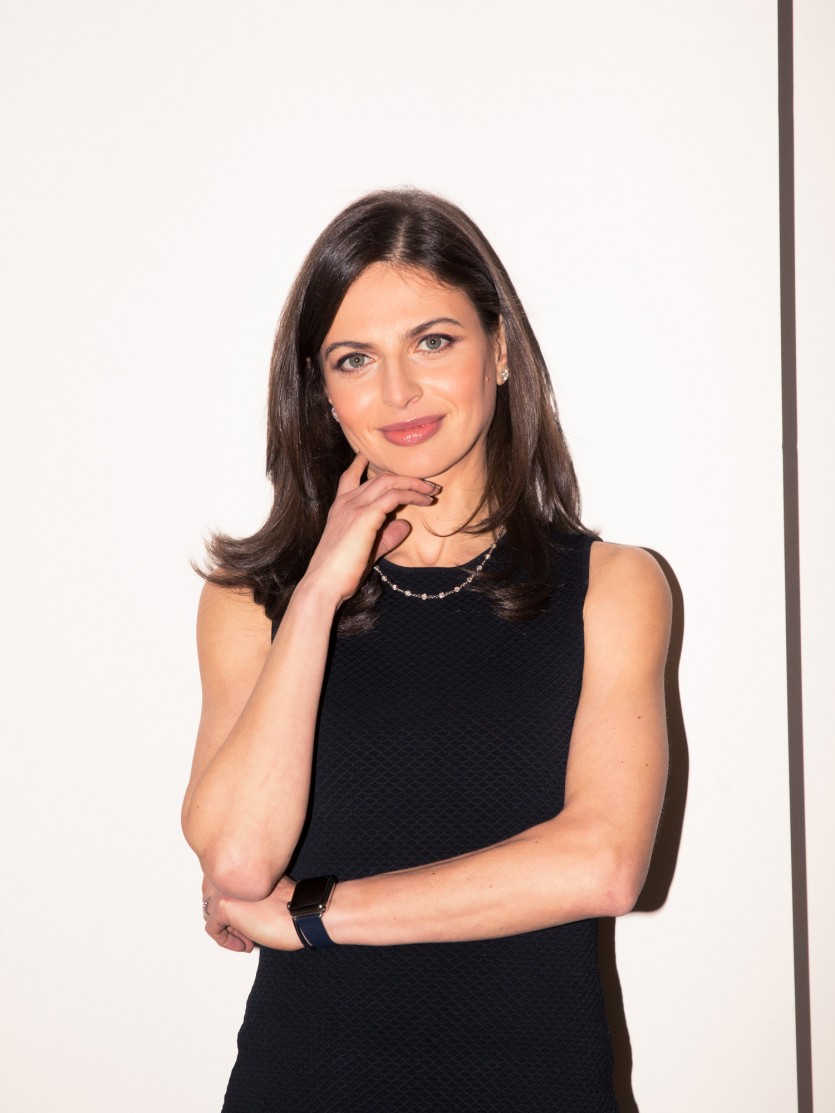 “When I moved to New York, my grandmother lived here in Brighton Beach, and I was 22 years old—ambitious, with nothing to lose—and I started calling CNBC, and I had actually been calling them from Austin. And this is what I always tell young students and people who are just starting out, is that the best thing about being young is they have nothing to lose, they have no pride to worry about. I just kept emailing, calling. And lo and behold, after I moved here, they called me to come in. So I ended up being Maria Bartiromo’s producer for Stock Exchange, and I did that from 2001 up through 2007. I slowly started making my transition to doing on-air reports, and then I got a call from ABC, and they wanted me to come in-house there for them. I started working at ABC doing financial reports at the height of the financial crisis, and I was on-air all the time talking about the financial crisis. And I was at ABC from 2007 to 2014. In 2010, I became an anchor at Good Morning America, and I was also a business correspondent. Then I left in 2014 and came to Yahoo.” 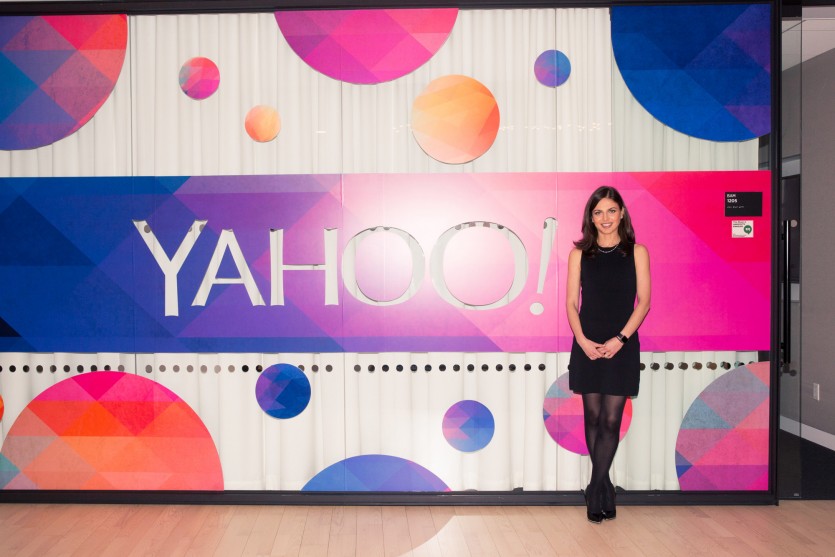 “I’m attached to my phone. I wake up first thing in the morning and I read my Twitter feed, because I think that if you follow the right networks and people, you sort of get a CliffsNotes version of the news of [the] day. I read the New York Times, I read Politico, the Washington Post, Wall Street Journal, I read Financial Times, and then I read different reports online as well. I follow a bunch of different Russian websites as well, and Russian reporters, in particular.”

3. Be an Expert Multitasker 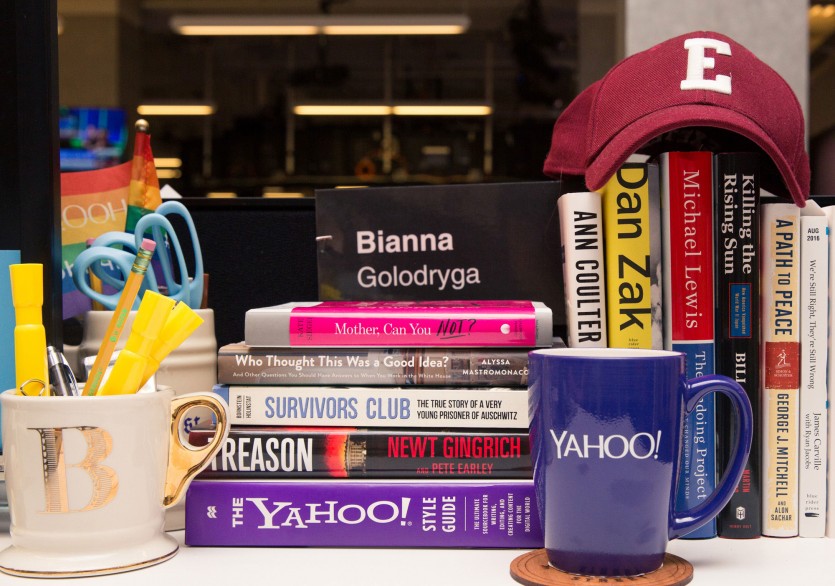 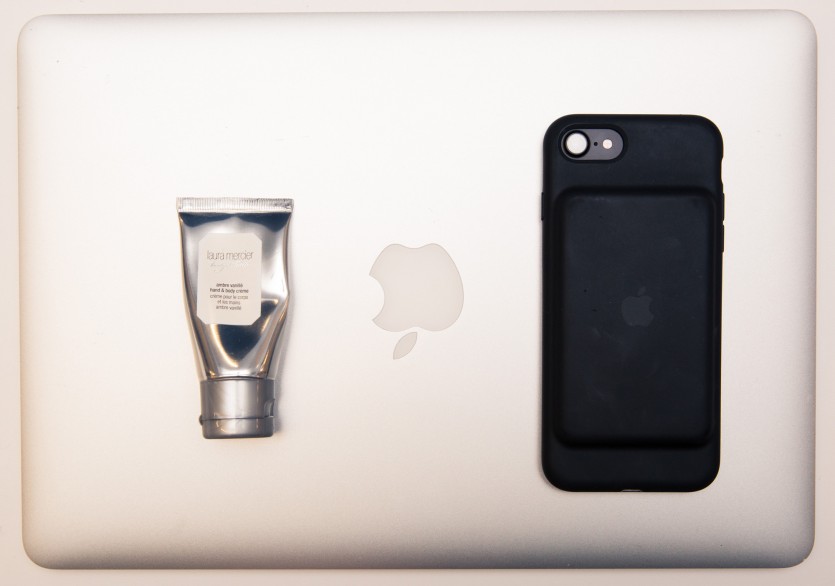 “I wake up really early. I listen to podcasts when I exercise in the morning. The New York Times has a wonderful podcast, the Daily, and I listen to NPR, and so while I’m running I sort of can kill two birds with one stone and get my exercise out of the way and actually listen to informative podcasts and get my news that way. Also, when I’m in hair and makeup, I catch up on the papers. And before I go to sleep, I’ll spend 30 minutes reading, again online, some of the stories that will be in the hardcopy the next morning.”

4. Be Prepared for Anything 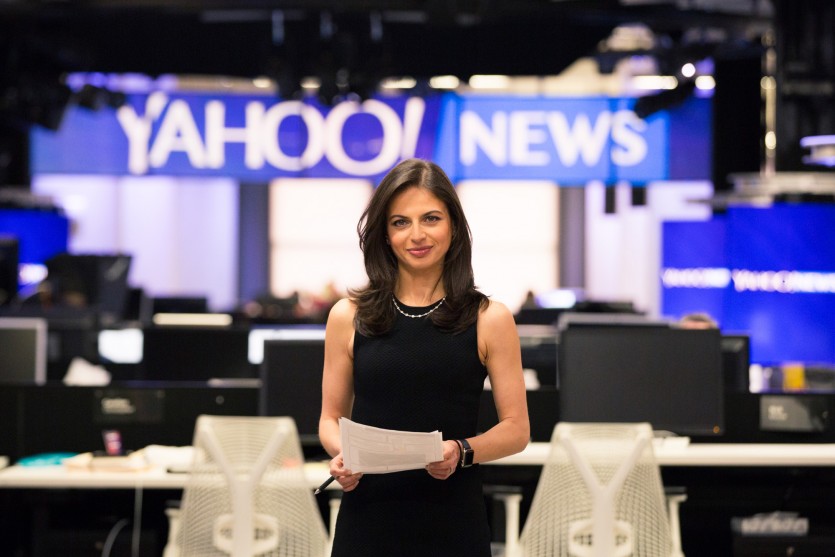 “I think [the election] reinvigorated all of us. I think myself and my colleagues, like many others in our industry, many of the polls that we’d been following had shown that Hillary Clinton would be president. Our minds were set on a different sort of transition period; a different way to cover an incoming administration, one that obviously was a bit more familiar to us and familiar to Washington establishment.

“Having a Trump election, one of the most surprising elections, I’d say, in political history—I think we were all sort of jolted and jump-started and really had to figure out how we were going to cover it. I think we knew that we were in uncharted territory coming in to cover the Trump administration. We’ve started a few new original programming daily offerings here at Yahoo [since the election], so I think we’ve really been able to capitalize on the medium of digital reporting. If anything, it inspired me to become more engaged with our viewers and staying on top of the news.” 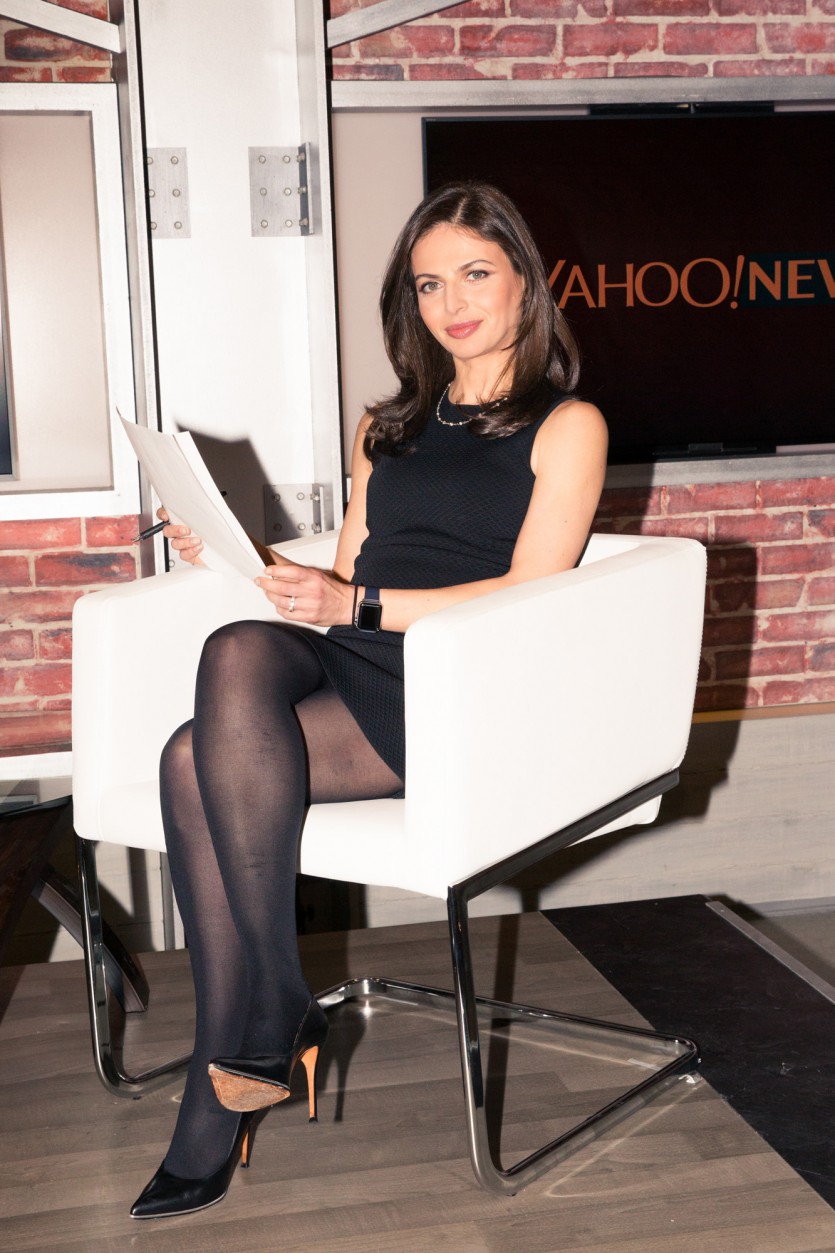 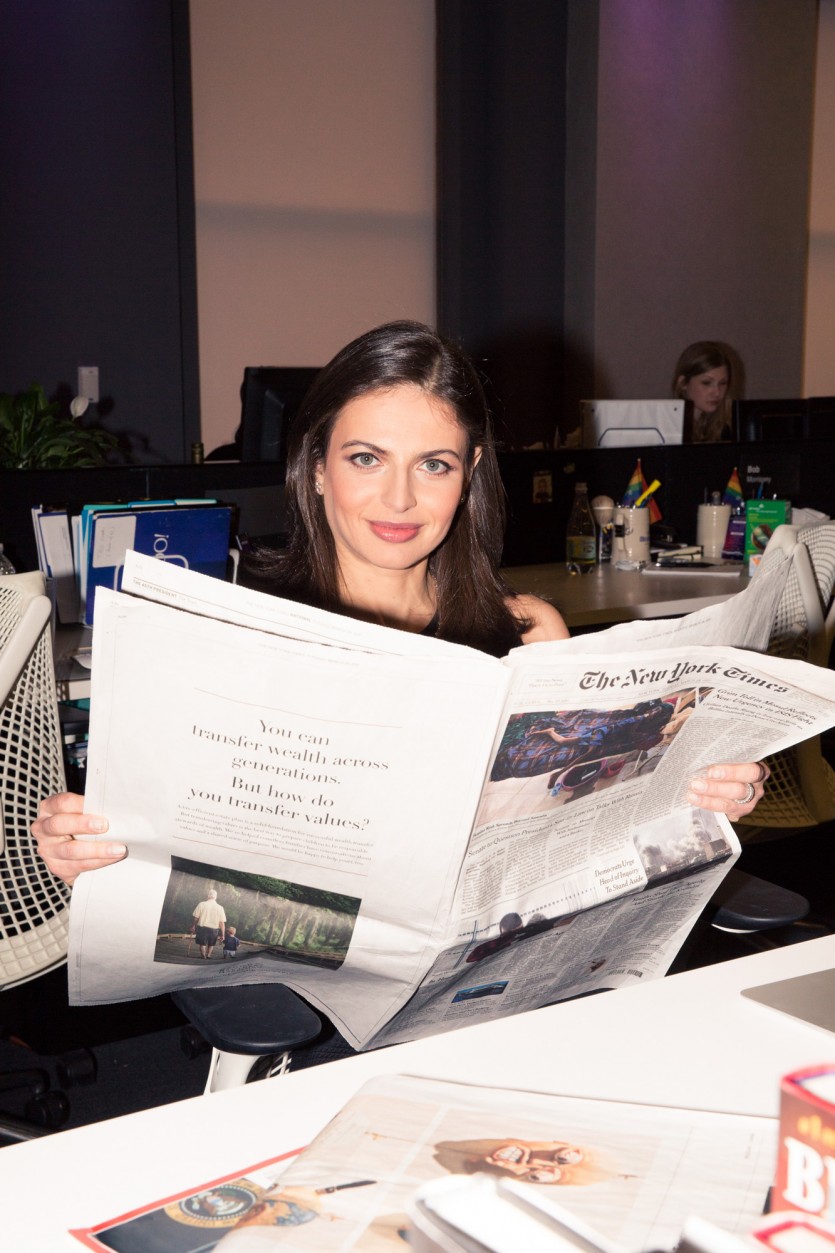 “I would never interject my own thoughts or opinions in covering stories. I think that some headlines and some statements and some Tweets invoke opinions—but it’s not our job to respond to those. Our job is to get the facts and interpret them.”