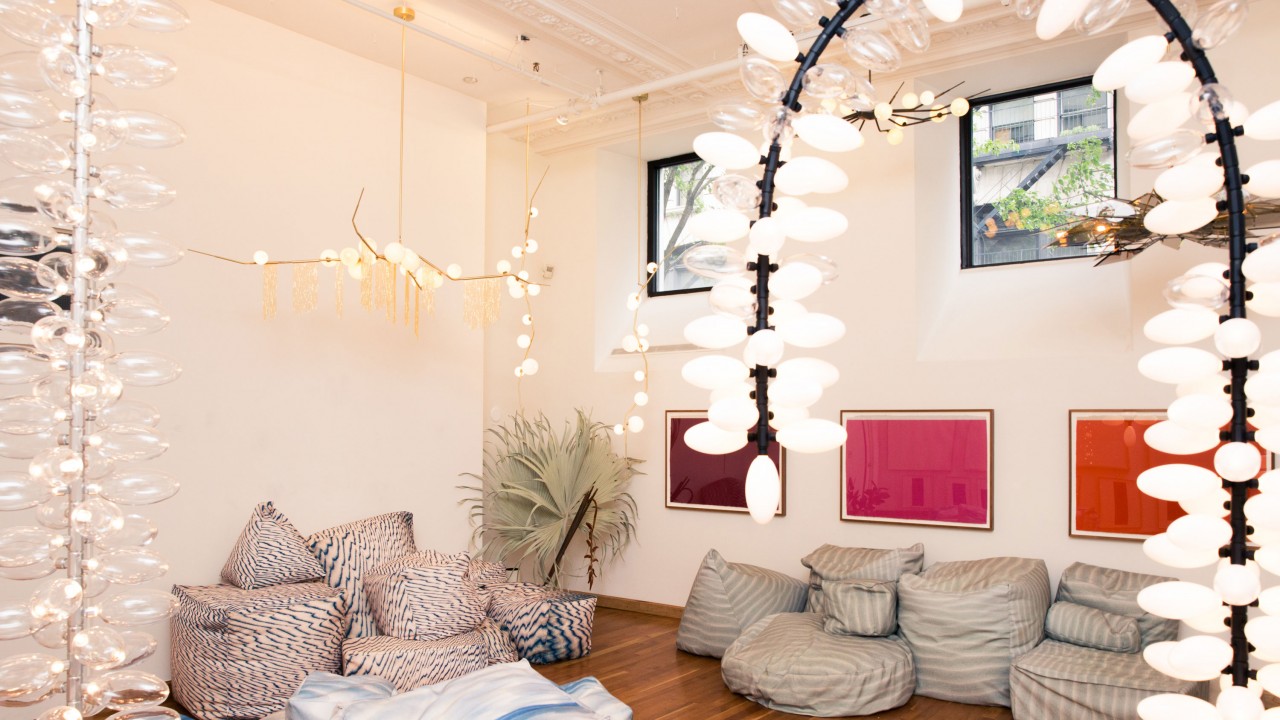 She’s massively influential in the design world, but she’s just about to head in a new direction.

“I’ve just always noticed how people behaved differently, talk about different things, feel more relaxed or tense, depending on the lighting.” Lindsey Adelman is walking us through her NoHo workshop. All above and around us are her signature light fixtures made with bulbous glass shapes, long gold chains—all looking vaguely like twinkly brass twigs. “That was part of my interest as well as this really open-ended way of exploring form. Somebody is not sitting in your lighting or using it in a way that people design chairs or door handles. It’s something that is a lot more sculptural. Light itself is completely illusive. You just play with it. You can’t really control it, necessarily, and that is forever interesting.” 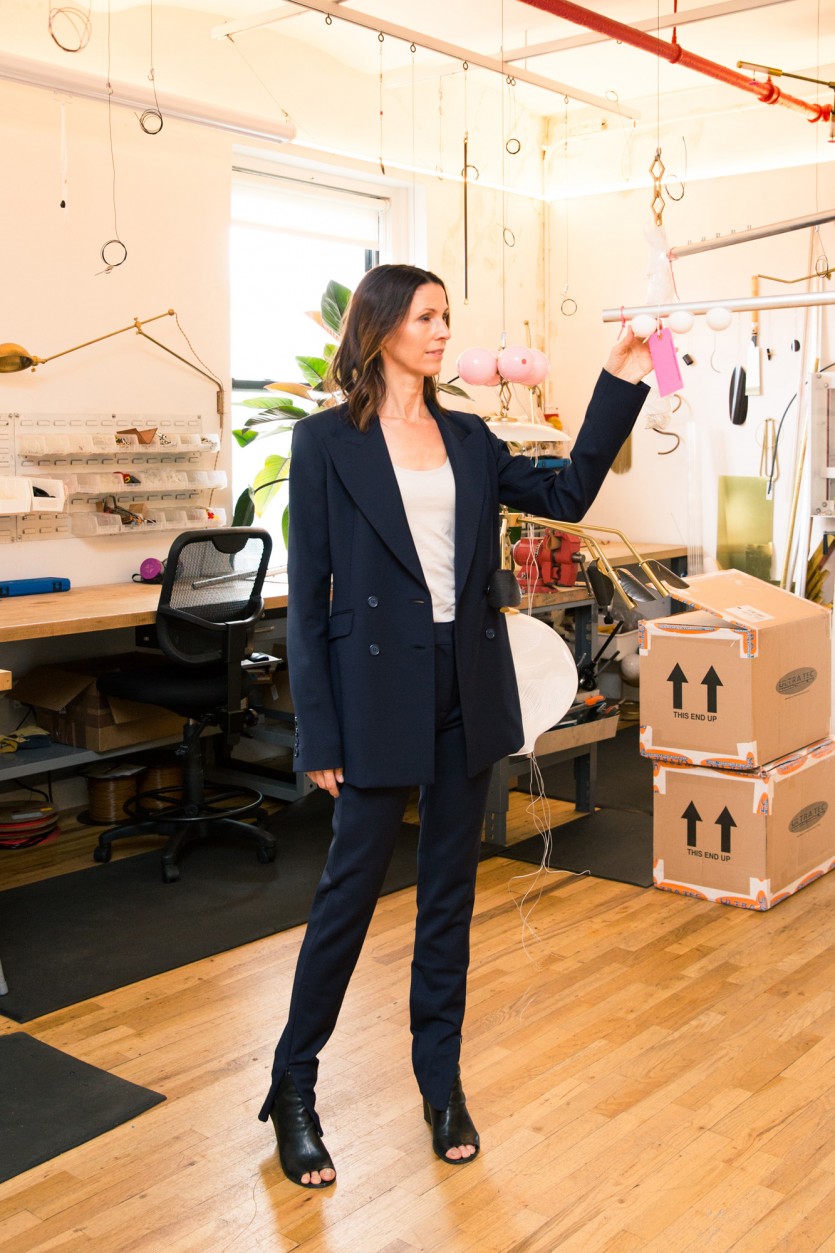 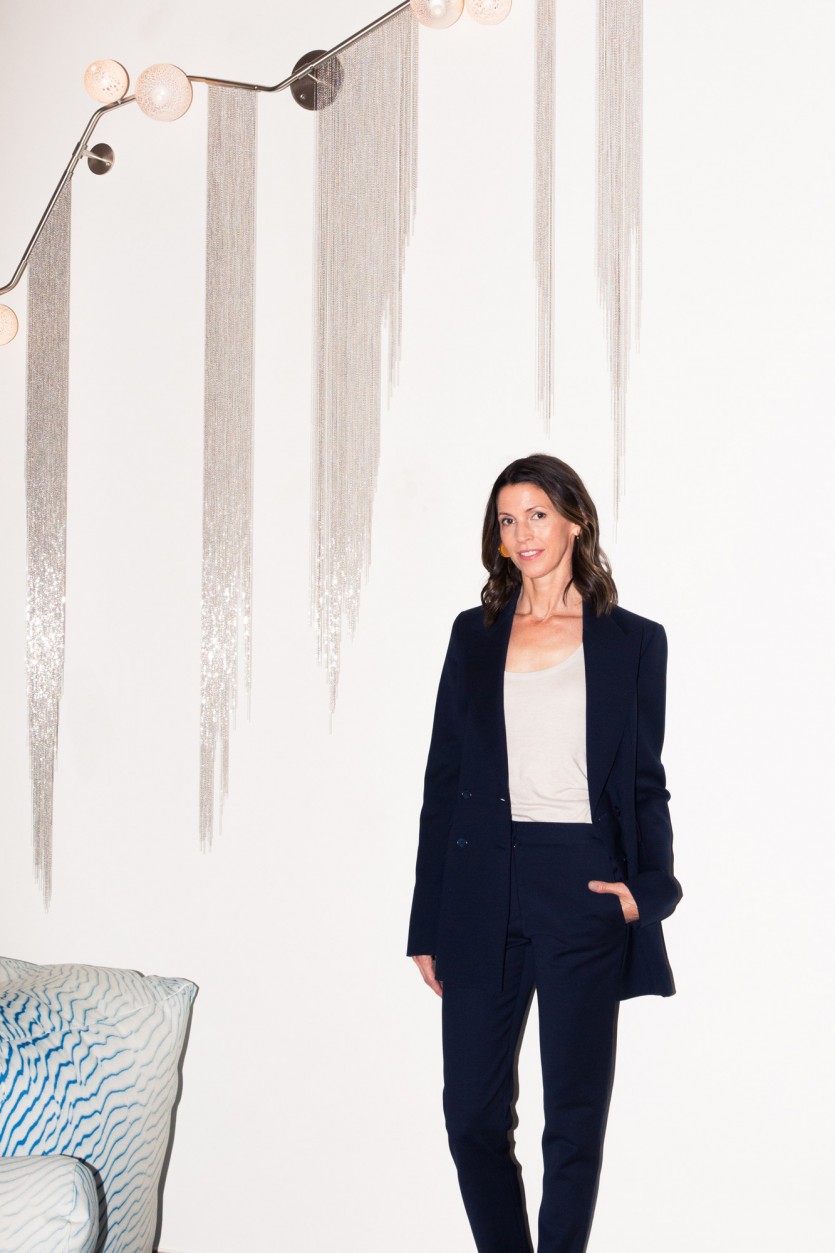 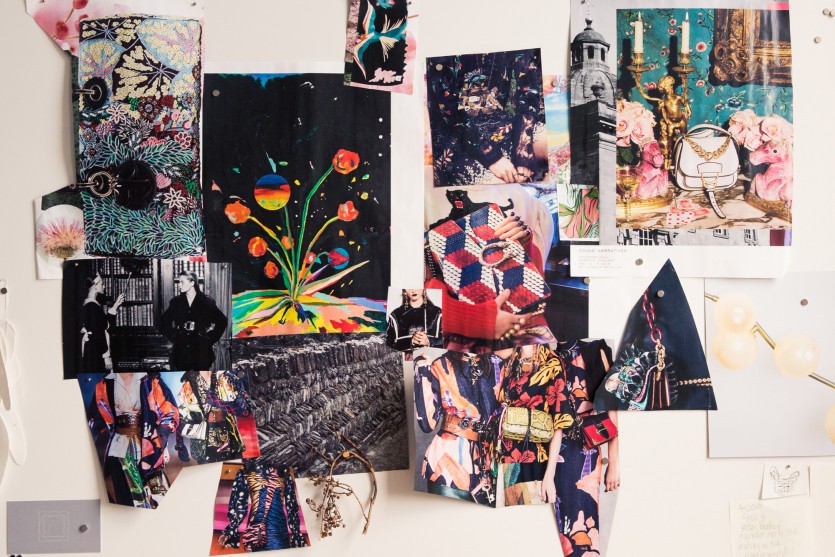 And she’s right; even just walking through the space with such beautiful light, you feel sort of hushed and in awe—and part of it is just because she’s so unbelievably talented. Adelman founded her studio 10 years ago, after studying industrial design at the Rhode Island School of Design, and has since become one of the most recognizable forces in the industry. Her aesthetic is so seamless and consistent that it has reached near-icon status. Through the end of this month (hurry!), you can see her work alongside work by Karl Zahn and Mary Wallis at a show called “Afterglow” at 1 Great Jones Street. 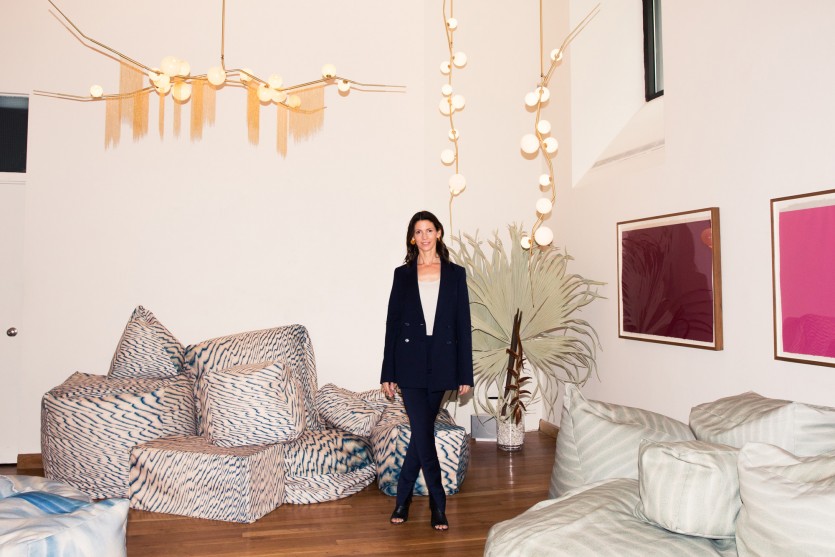 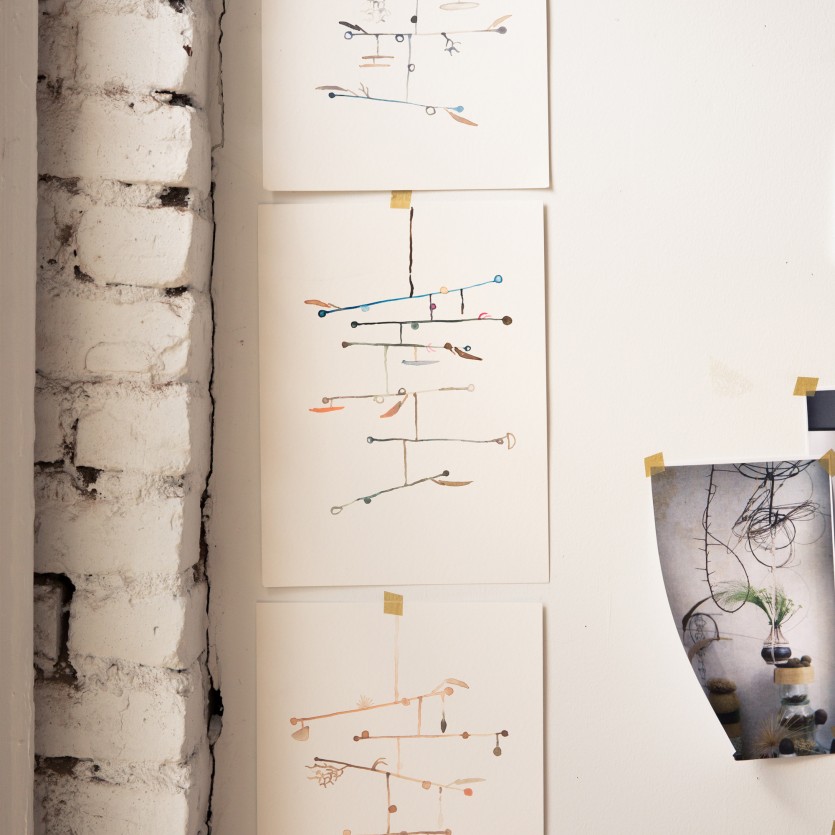 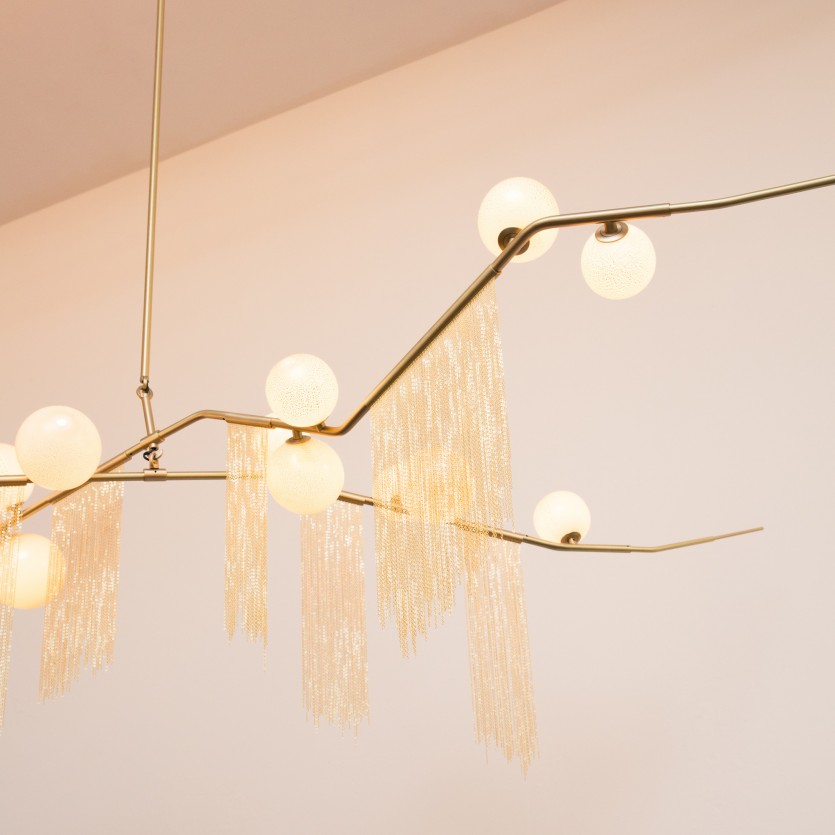 “I founded my own studio 10 years ago, and I think I developed a visual language over the years,” she says. “By the time I went to RISD...I had already known myself, if that makes sense. I wasn’t really searching as much as I would have when I was younger. In that way, my aesthetic is very much an extension of what I love looking at or what I love building. I’m not self-conscious of it, but I know what my language is. My language is a combination of trying to capture something that we see in the world or in nature that is elusive and trying to translate that into a system that can be built and repeated because of [the] way the components are designed. In that way, the work looks consistent. I try to make it look spontaneous and raw, even though it takes years of development to get to that spontaneous place.” 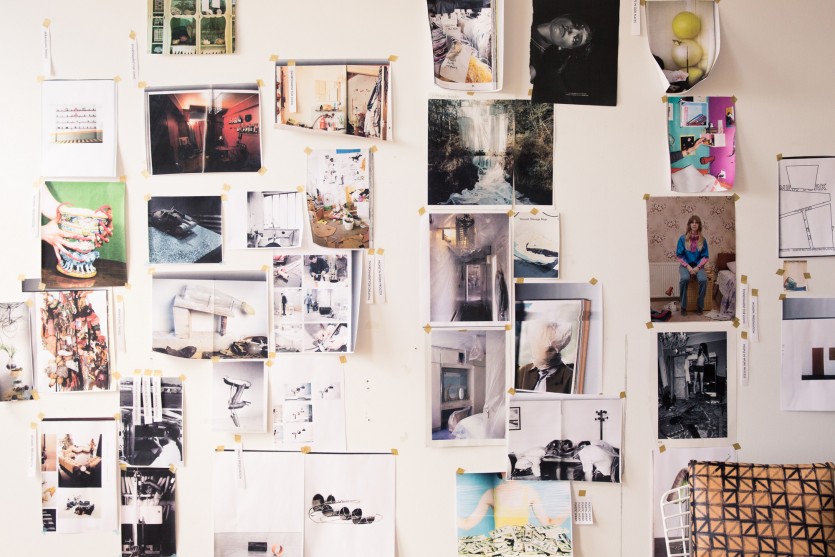 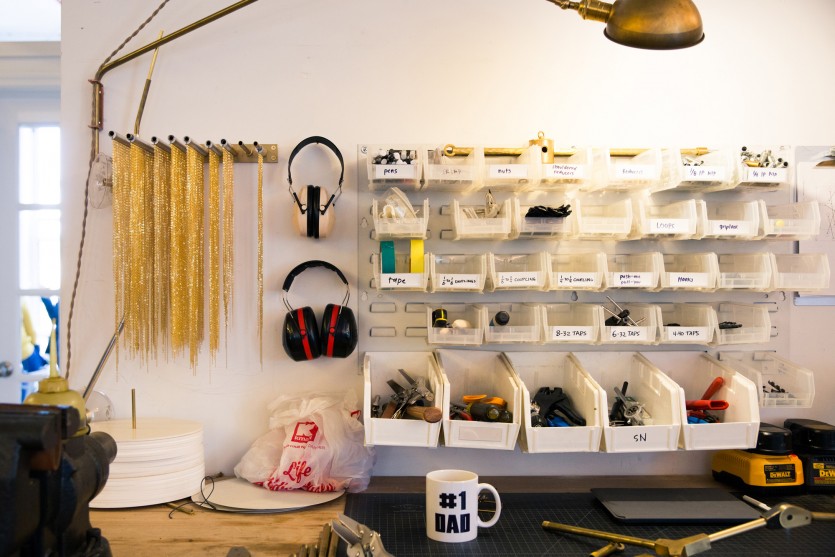 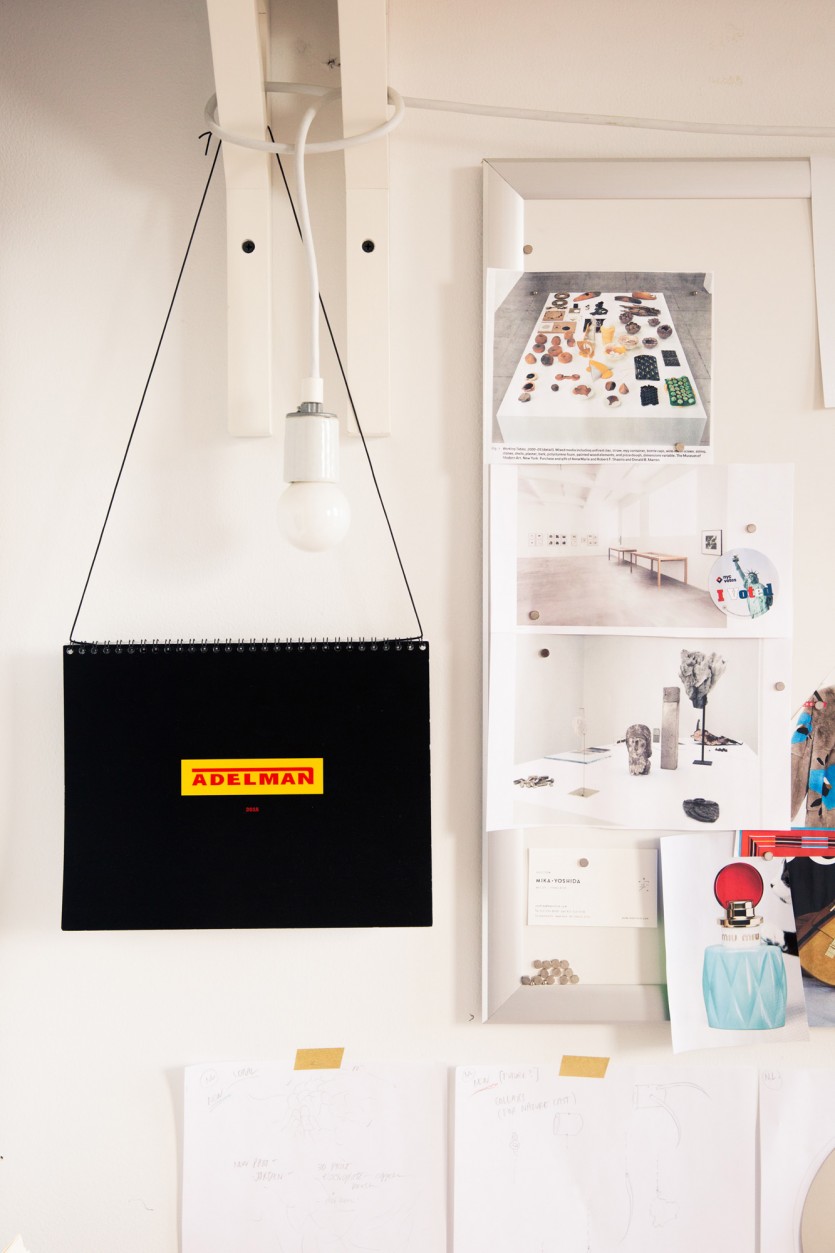 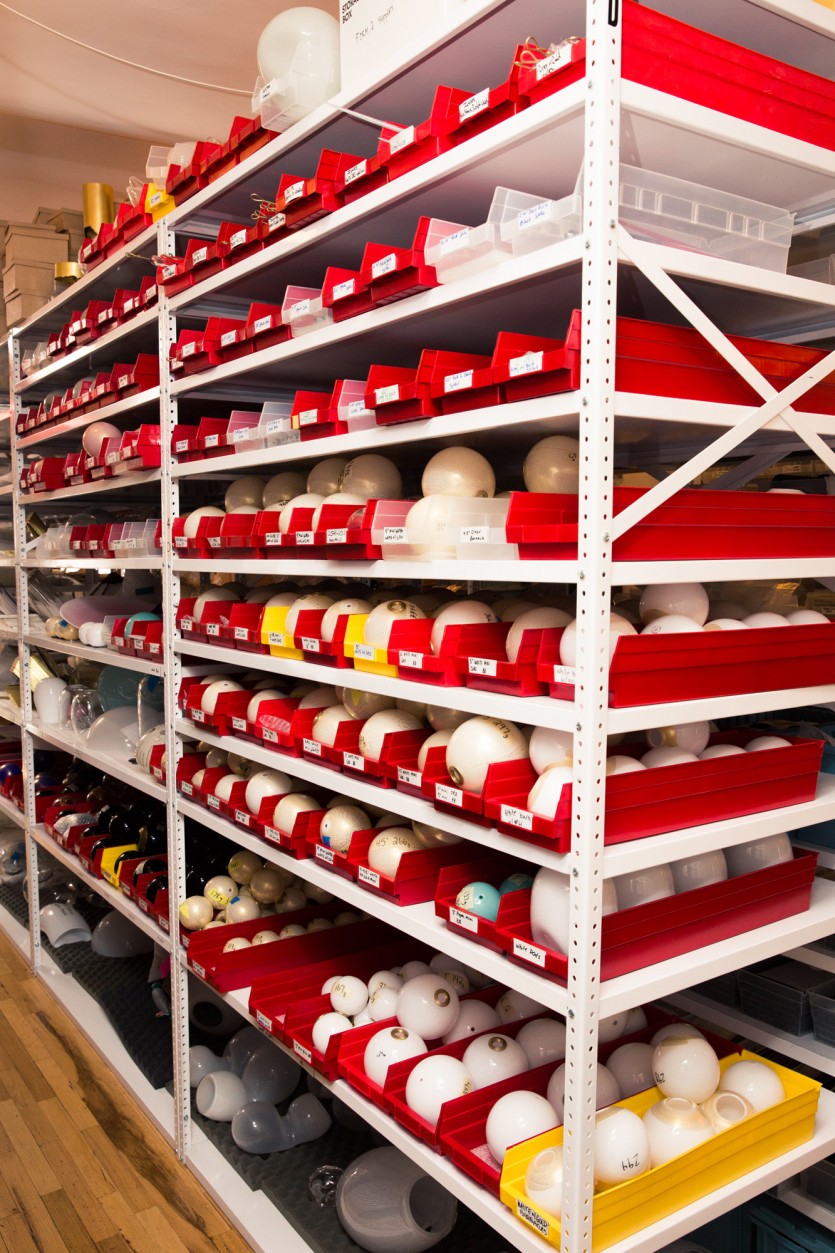 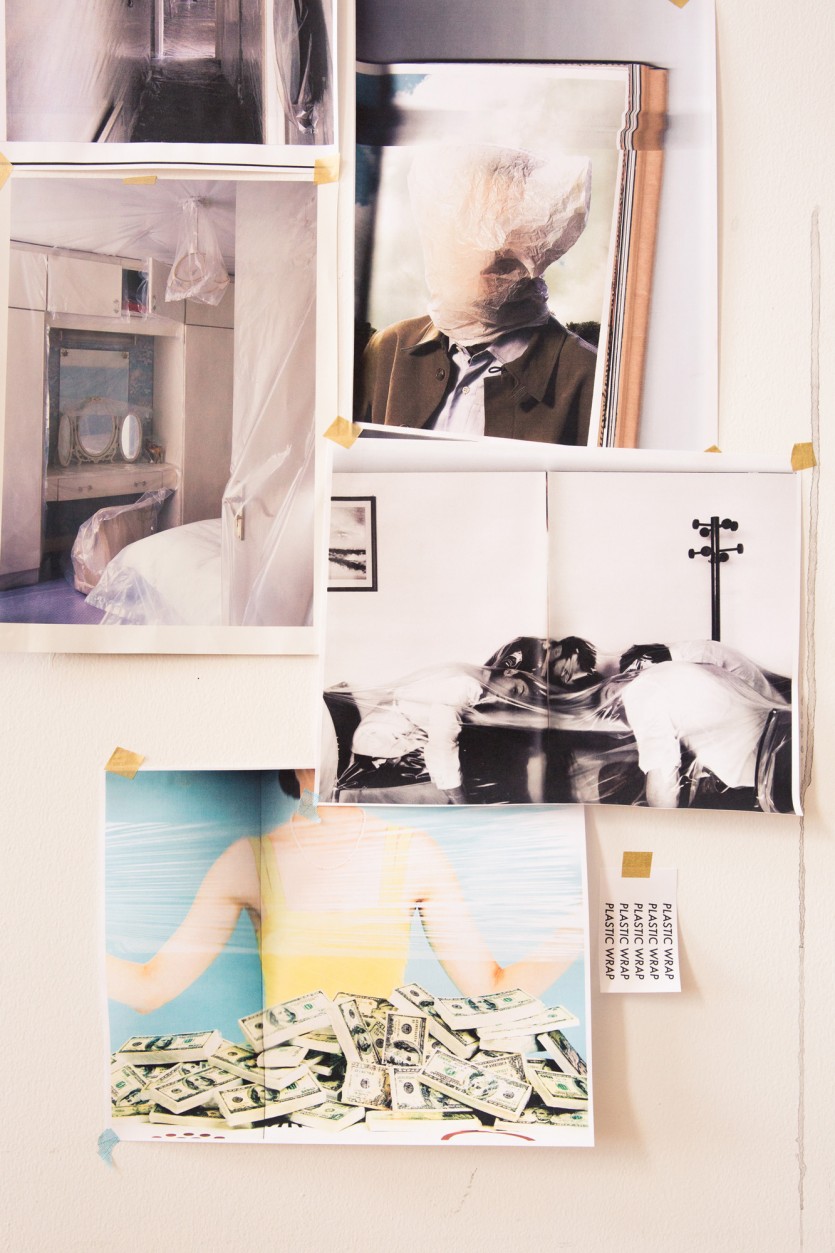 But right now, she’s on the edge of trying something totally new—using found objects to create on-off mobiles. In her office, a few watercolors lay out the rough bones of what these pieces will look like, and when she talks about them, she gets visibly excited. “The direction I’m moving in is finding this spot between design and product, and sculpture and installation—thinking about how we experience these things all of the time. Part of the reason that I am interested in one-off work is that you can put a strong idea into a piece and have it go out into the world and not feel compelled to put it through a whole rigorous design-development phase or process. Sometimes ideas are meant to go out into the world and not be too overanalyzed or processed.” 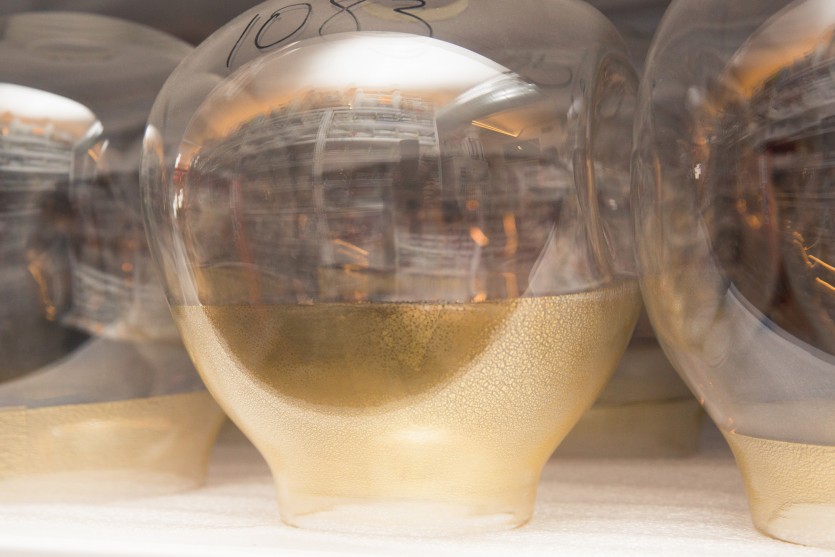 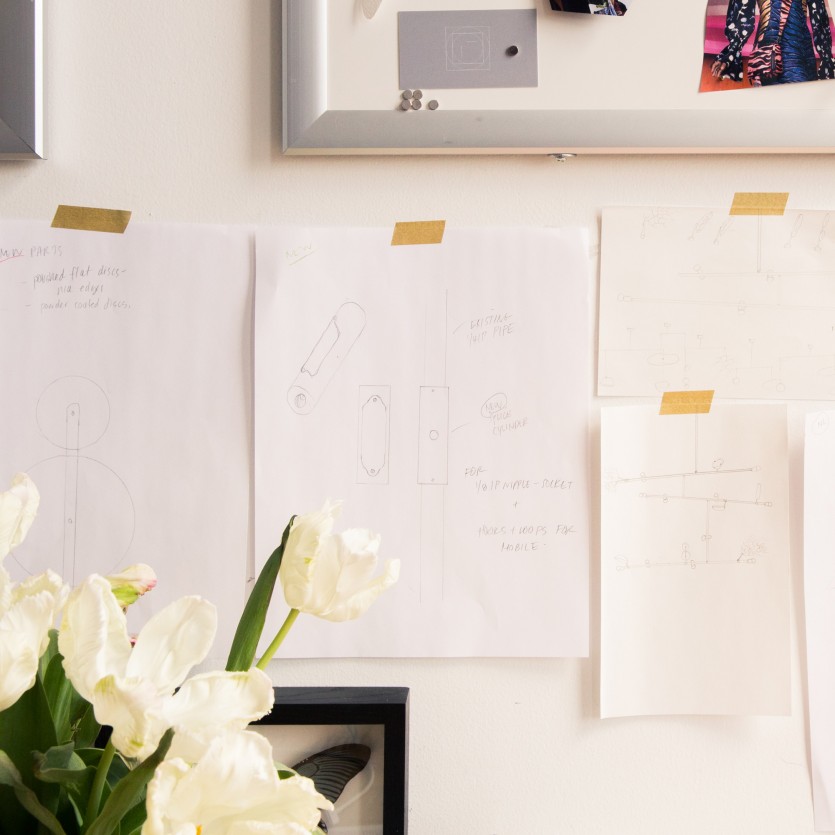 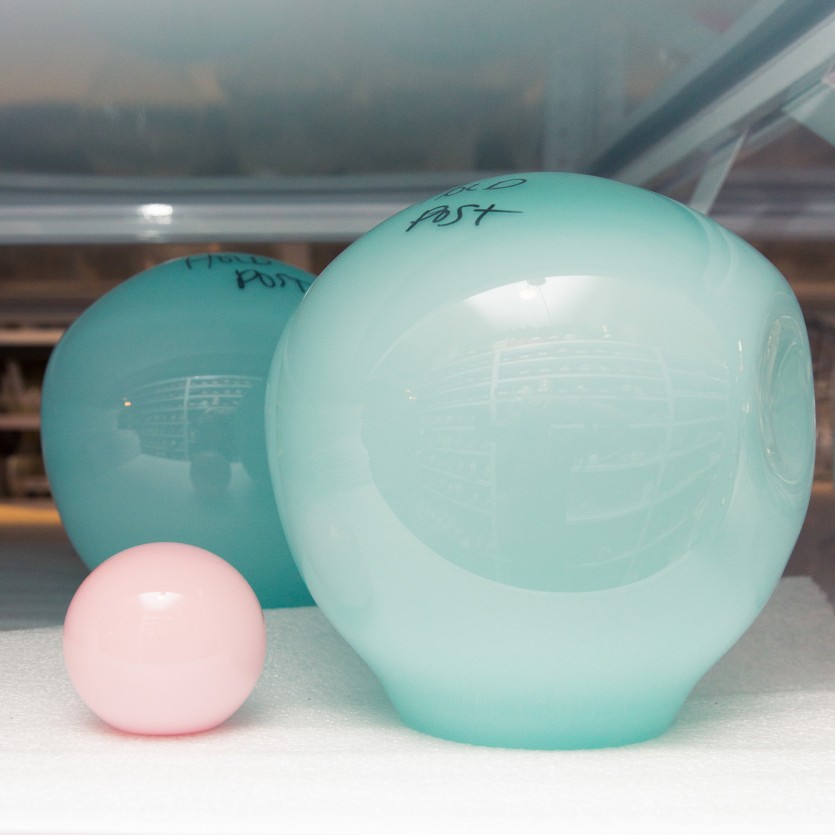 As an inherently creative person whose medium takes considerably more time and effort to pull off than, say, sketching, it seems liberating to be finally able to work on a project with more immediate gratification. “Usually when the ideas come, it’s because of a momentum, it’s because of a context that is happening now, and you want to act on that idea right now. That stuff is hard. There are these nuggets and glimmers that are just filling up notebooks that I want to see out there. These small experiments are exactly what I want to do now.”