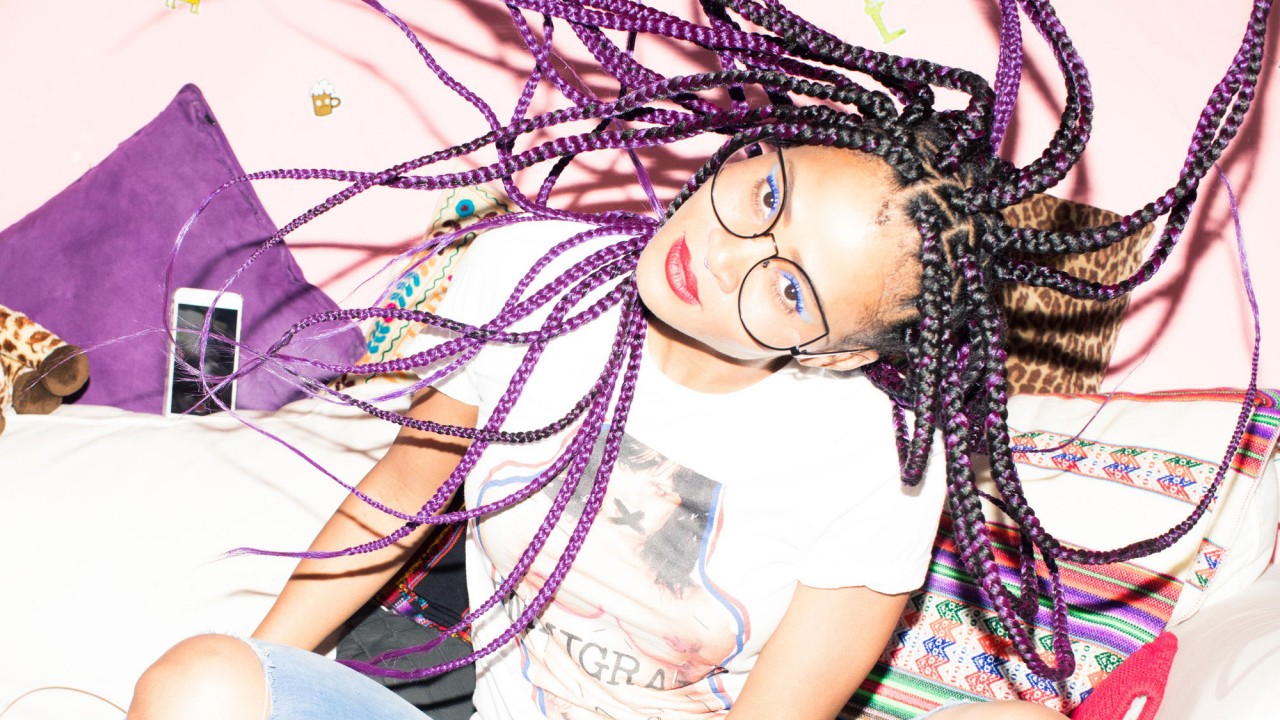 The creative entrepreneur on reality TV, personal identity, and how to make it in New York.

As much as we think we’re “busy,” and “so insane right now,” and as many times as we return a “How are you?” with a deeep eye-roll and moan, after meeting Margeaux Simms, the self-proclaimed provocative visual entrepreneur, we quickly realized that we can’t even begin to compete. This girl is the physical embodiment of the word hustle.

You might recognize Simms from her brief stint on Love & Hip Hop Atlanta and Marriage Boot Camp, but the Toronto native is quick to defend her choice to join the shows. For her, reality TV was the perfect avenue for challenging the way black and queer women are portrayed in popular culture, as well as a means for promoting and funding her creative endeavors. Now, she’s more interested in expanding her artistic, music and fashion empire than letting a handful of producers control her image. With her streetwear clothing line, House of Margeaux, and forthcoming visual album, Black Cocaine, the 31-year-old has plenty of projects to keep her busy.

We had the chance to chat with Simms at her Bed-Stuy apartment (which is filled with trinkets from her various travels, most recently to Peru) and get the rundown on her upcoming EP, her INSANE hand tattoo, and why she has no plans to slow down anytime soon. 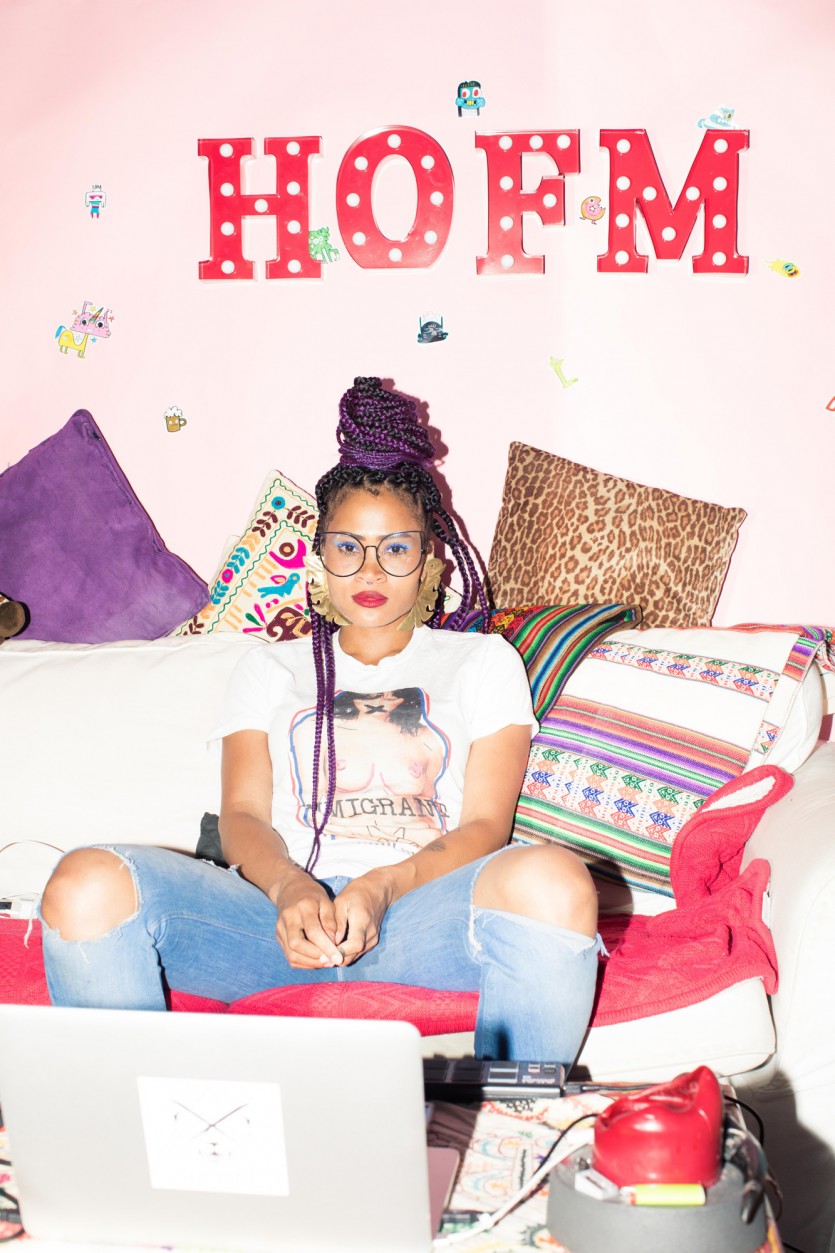 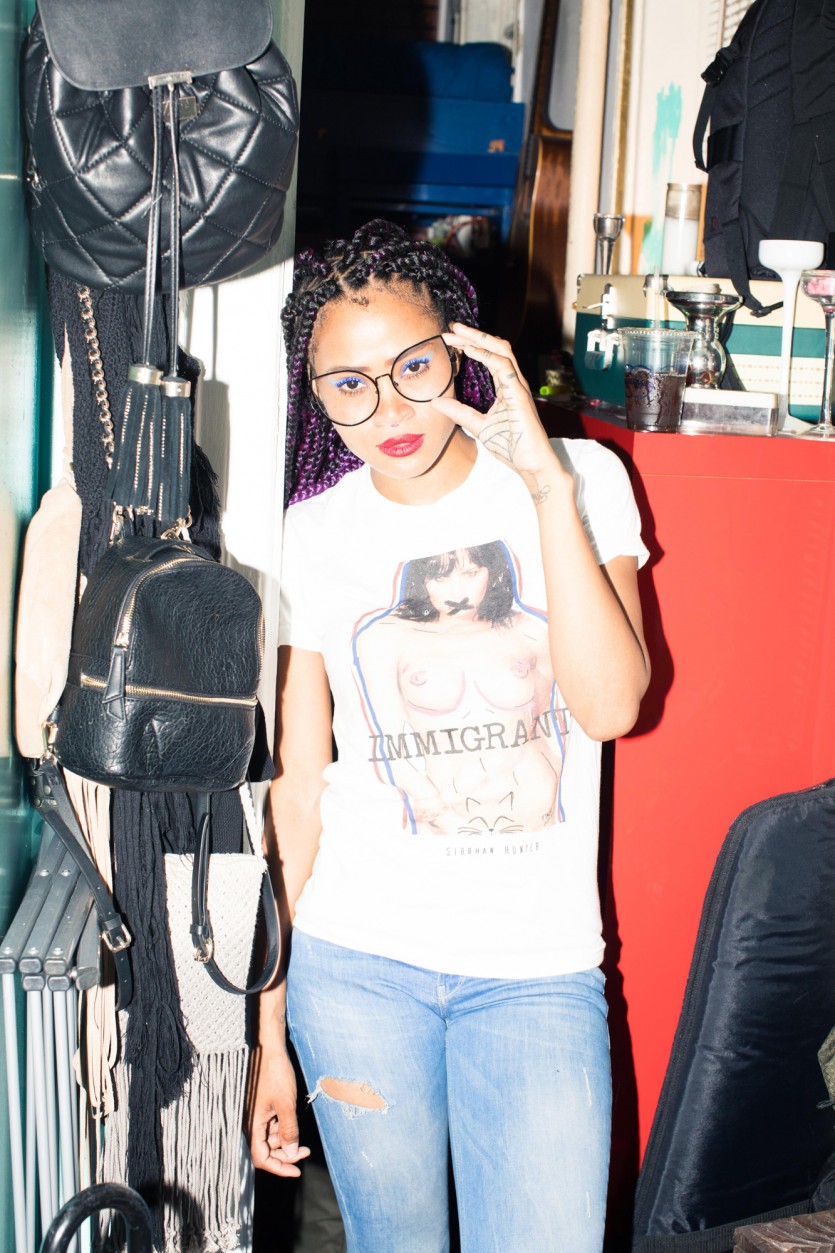 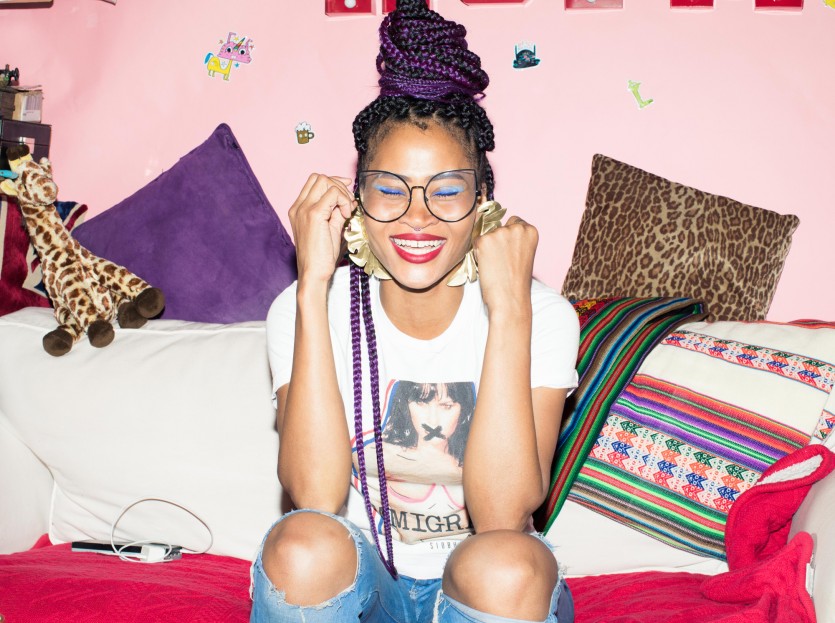 Why her parents didn’t always support a career in hip-hop:

“When I was 14, I went to my sister’s friends’ studio, [who] were producers in Toronto, because they were looking for singers. My dad was a chemist, and he never really wanted us to do anything that was music or sports, because he thought those were stereotypical roles that black kids did. But it’s what I really loved to do, and it was what I’ve always wanted to do. I would go to the studio and just play around, but I’d have to lie to get out of the house. It’s where I really learned how to write. I would write to hip-hop tracks because I loved the beats of it. It’s never really left me.”

What Betsey Johnson taught her about building a brand:

“I ended up studying fashion design [at] Ryerson University, which is the best design school in Toronto, and I got an internship with Betsey Johnson in New York my third year. I moved here, was living with my grandma, but I was always still doing music. Whenever I could leave class, I would go to the studio with new producers and go to shows. These girls at Betsey, we were all in university, and no one really had any money, but I was like, How do they dress in head-to-toe fashion? That taught me about being in your brand. Being who you are as an artist every single day regardless of having no money. They would take me to rock shows in the East Village and see all the different musicians on Betsey’s wall. I [thought], That’s what I want to do. So that’s when I went back and dropped out to pursue my music, and I moved to New York a year later.” 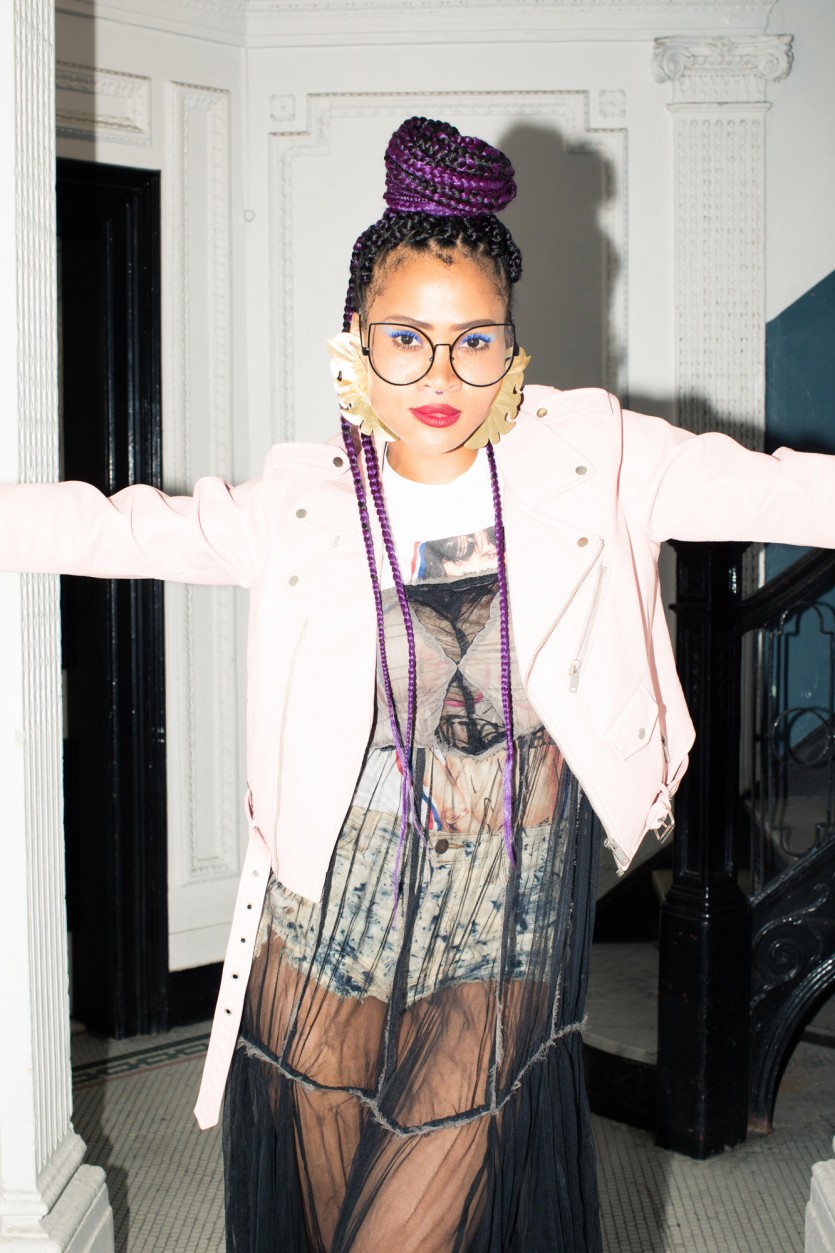 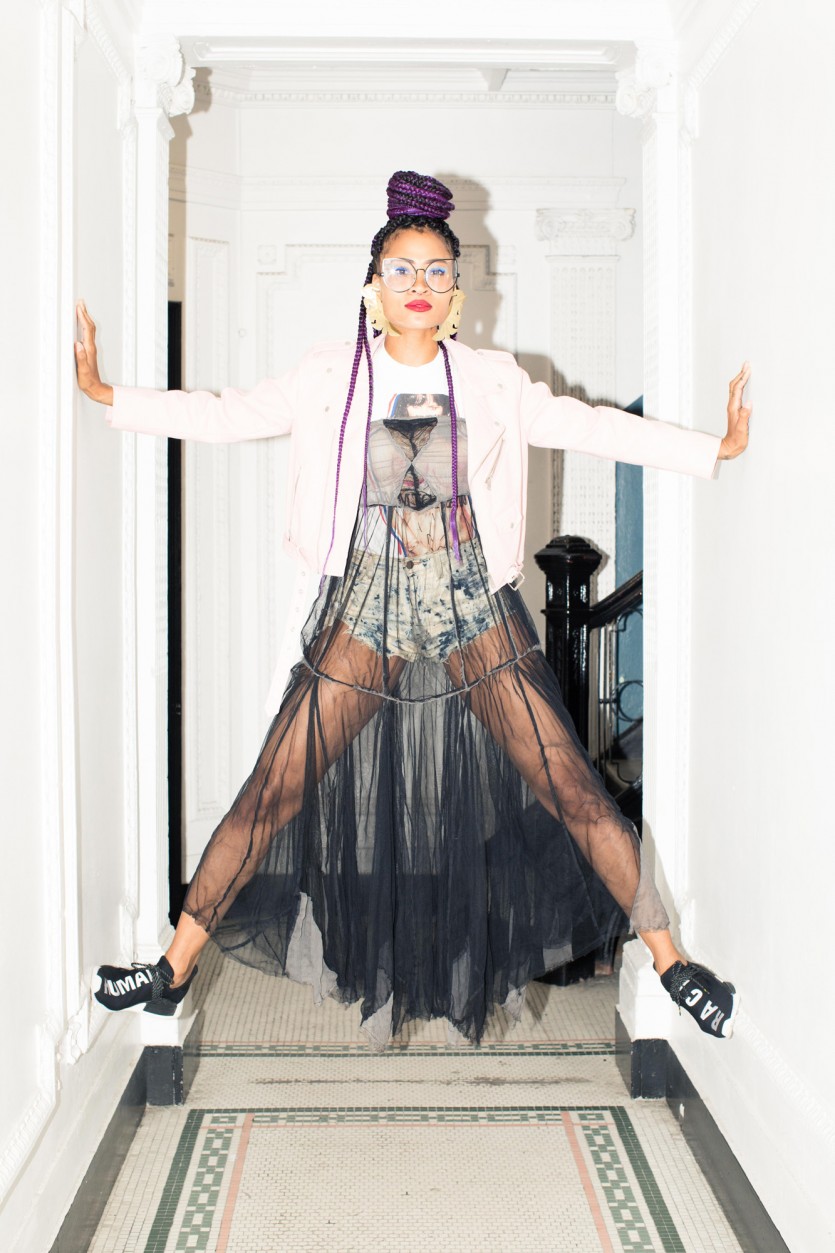 How she decided to start her own company, HOFM:

“I was learning about New York and where to go, and my best friend took me to this music party, and [my ex-husband and I] met there. He was a songwriter, I was a songwriter, and we just started working together on this group thing. It was electronic hip-hop. I moved to L.A., then from that I put out my first EP, Animal House. That’s how I started working with my friend Jaakko from Finland. Long story short, we ended up getting a divorce, and [that’s] when I was able to sit with myself and move into my own place and be alone, and that’s when I started House of Margeaux, HOFM. It’s music, fashion, art, and entertainment. I say entertainment because I do the reality TV as an actor, as a job, to pay for my music.”

Why she decided to give reality TV a shot:

“I’ve always been an artist, who ended up doing reality TV. A lot of people who do reality TV then decide that they want to do music. My ex-husband was doing Love & Hip Hop Atlanta, and he needed another story line, and he called me up. I started to think like, Well shit, why not? I’m hustling at the bar, I’m doing all these side gigs, and my music, it’s great, but I don’t have enough eyeballs on it. At the time, I had a small production deal and I was writing for different artists, but there was no avenue of how they were going to put these songs out. [The producers] ended up featuring the song ‘Start a War’ on the show, and it took off. Every episode I was wearing House of Margeaux—the hats, the varsity jackets, the t-shirts. Who cares if people think this stuff about my personal life is real or not? My goal was always to do this EP, called ‘Black Cocaine.’” 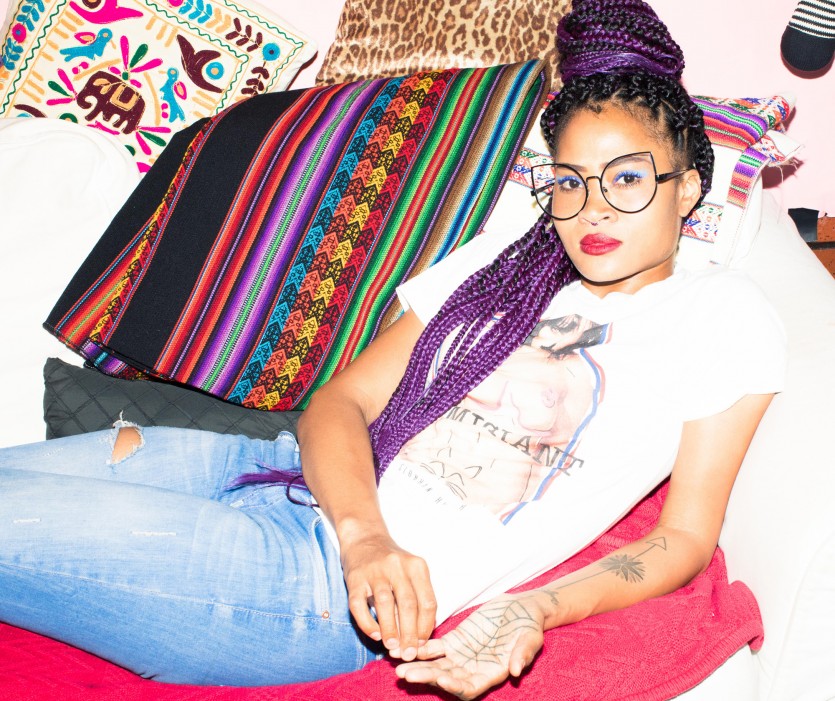 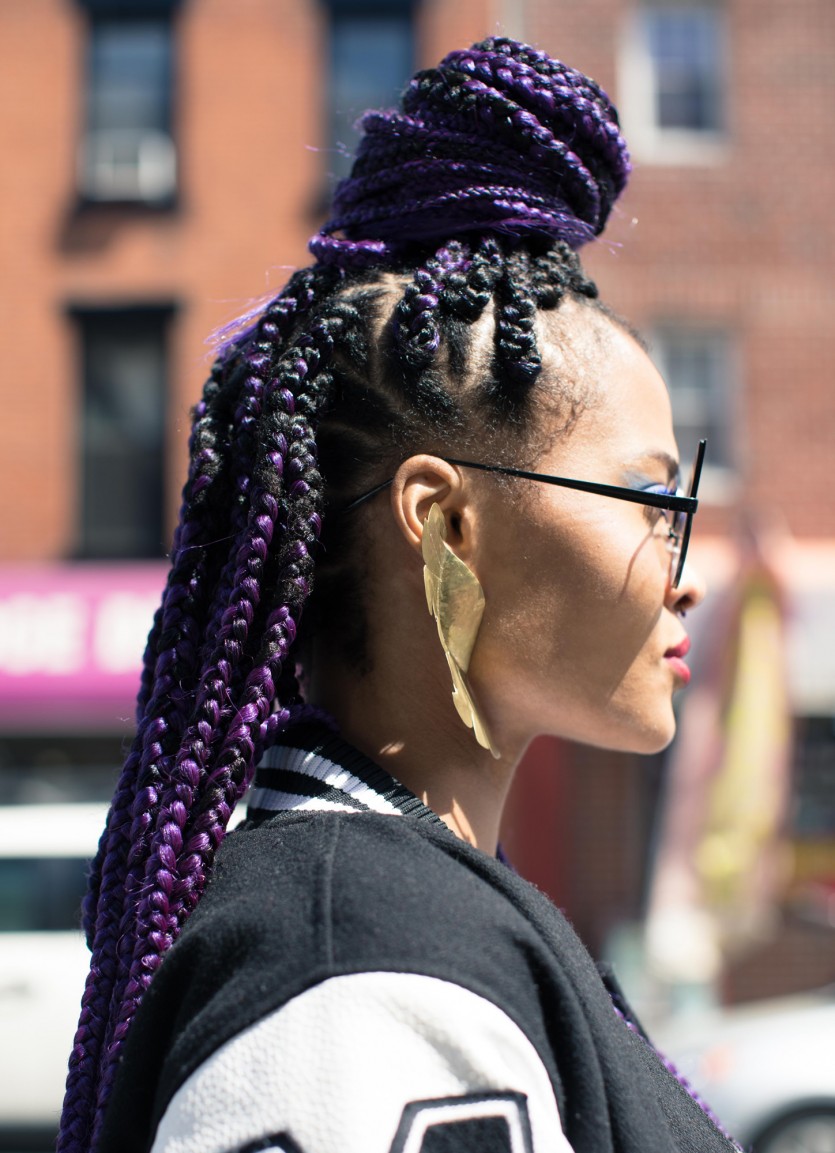 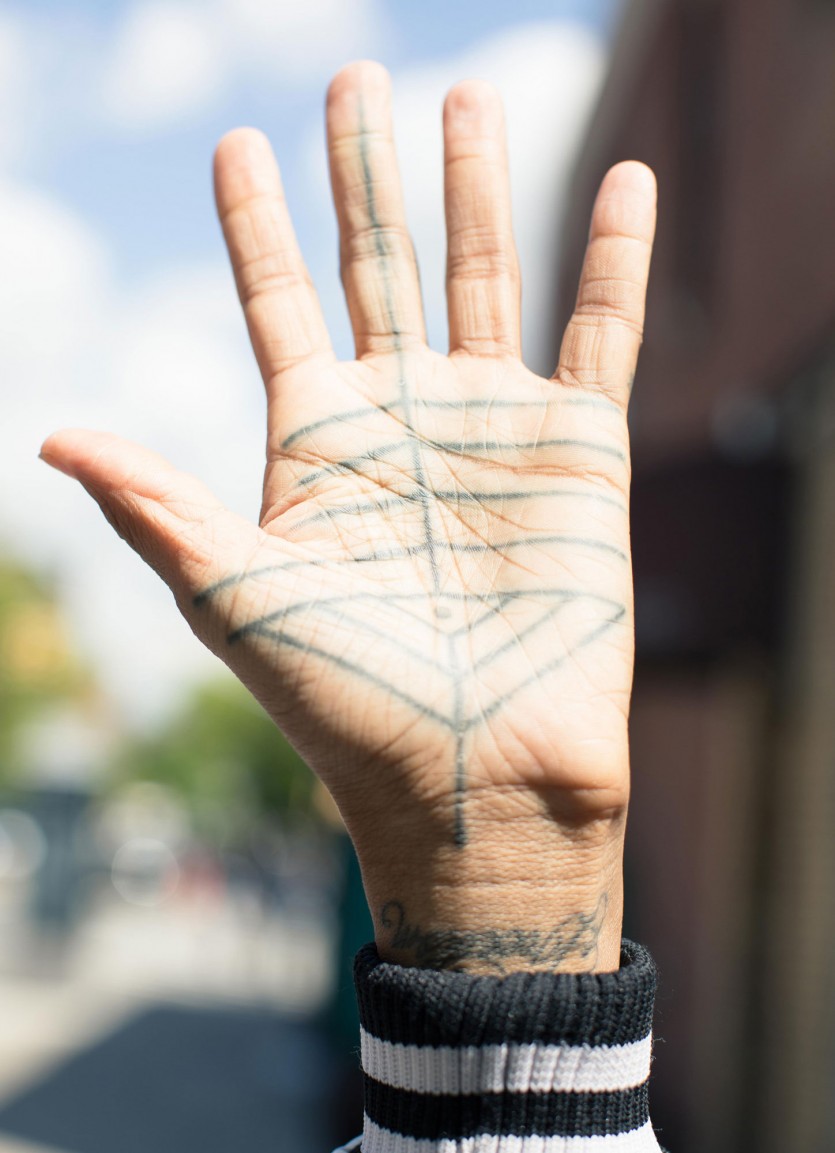 How her new album confronts the stereotypes she saw on TV:

“A lot of the time on these shows, there are these stereotypical roles that they want you to be as a woman, one, and as a black woman, and now that I’m out, as confused—that was killer. If I could control the narrative, then people would really see how it was, but you’re still subject to the editing floor. So, with the new EP, it was the idea of breaking the mold of what people think these hip-hop girls are supposed to be and introducing the blackness of who I am versus what they want me to be. Any bad chick, no matter who you are or what your race is, we make our own rules and live by our own standards. We don’t give in to what society thinks we should be. Maybe you don’t want to get married. Maybe you’re gay. [It’s] to showcase me as an artist and the different faces I feel like I’ve had to wear.”

Her advice for others trying to start a business:

“It’s not always that easy being an entrepreneur. You’ve got to figure it out, and you’ve got to kind of be a little bit nuts, I think. You’ve got to have thick skin and take all that shit that comes, [since] it might not take off all the time. Don’t ever hold yourself small, because as much as I’m not where I want to be yet, I’m [thinking], what I do still matters to somebody, and that’s all that matters to me. Be willing to jump off the skinny branch and fly.”

The story behind her hand tattoo:

“Peru was life-changing drinking. [The tattoo] is my version of the Nazca lines. No one knows how the lines got in the desert. There are so many ideas and stories, and that’s how I feel about my life. There are many stories I can tell about myself, but at the end of the day, I’m part of the LGBTQ family, and I’m a provocative visionary entrepreneur. [It’s] learning who I am in contrast to what I am not.”