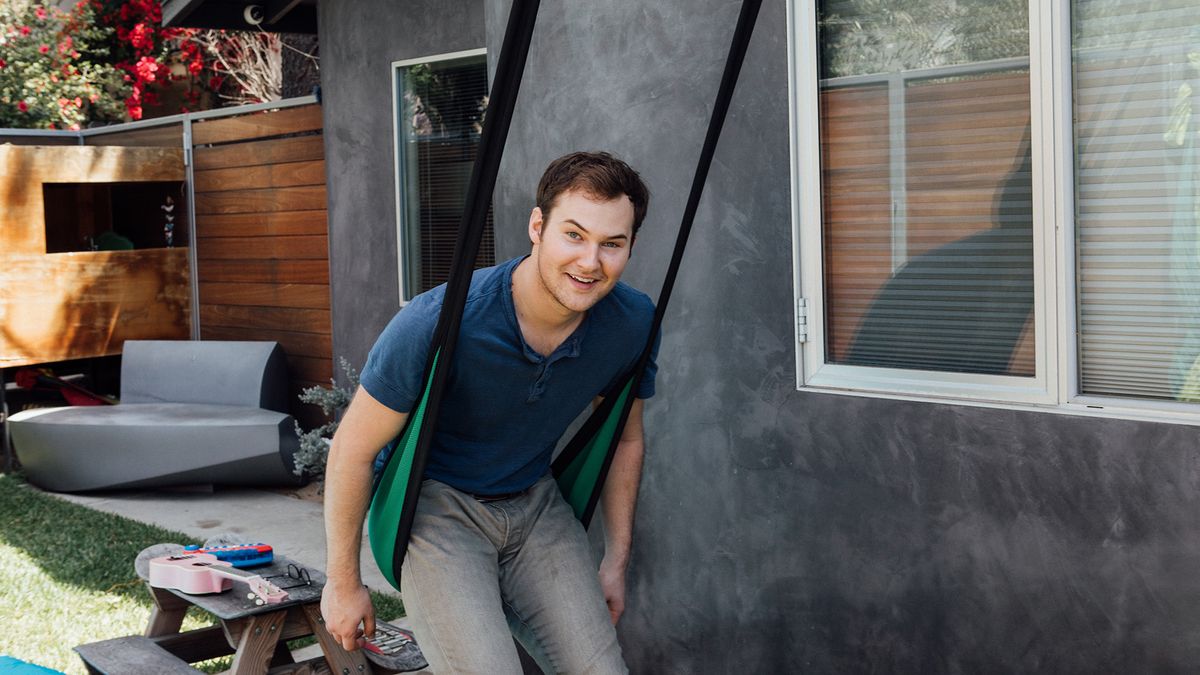 What It’s Like Being the Most Hated Guy on Netflix

13 Reasons Why’s Justin Prentice is actually nothing like his character.

After binge-watching the hit Netflix show 13 Reasons Why, we couldn’t help but feel it: anger. Tons of it. Directed at none other than the awful (awful, aw-ful) Bryce Walker. But if Justin Prentice’s face makes your blood boil, then you don’t know the *real* him—aka the guy who jokingly played with toys for our photo shoot, admits to being super awkward, and worked hard to bring that role to life. In fact, Justin is so silly and smart, we’re convinced you won’t even need 13 reasons why you should become a superfan. So instead, we’re leaving you with 10.

1. He’s Basically the Opposite of Bryce Walker

“I’m different in just about every way. I’m definitely a more chill type of person. I’m kind of jovial. I’m outgoing for a hermit, I suppose—an extroverted introvert. I look on the bright side when I can, and keep things lighthearted for the most part.”

2. A Ton of Research Went Into the Role

“Unfortunately, there’s a lot of research these days because the topic is so relevant. There was, of course, Brock Turner—I kept up with that case. There are the Vanderbilt rape cases. I also had Alexis Jones of the ‘I Am That Girl’ movement, who tours the country doing locker room talks to high school and collage athletes for prevention of sexual assault, on speed dial because she’s an expect. I had Rebecca [Hedrick], a psychiatrist From Cedars-Sinai who works one-on-one with people like Bryce, on speed dial. Between all of that, I was back and forth trying to construct the character. We wanted to make sure we got it right.”

3. And Yes, It Was Difficult to Film *Those* Scenes

“We spent a lot of time before blocking it out and rehearsing figuring out what would be shown and how it would be shown. Katherine [Langford] and Alisha [Boe] were like my sisters through all of this, so fortunately, we built up a lot of trust, which made things significantly easier. It’s a dark head space. [The rape scenes] weren’t the easiest to film, but at the end of the day, it’s acting. We get to shake it off and get the weekend to recoup, then we’re back to our jovial selves, whereas people are who are actually affected have a much harder time.”

“I was pretty quirky and awkward. Similar to how I am now, just slightly more immature and less worldly and cultured.”

5. And Was Terrible at Dating

“My game isn’t super strong. Once I get to the date point, I’m okay, but everything that leads up to that... I’m an awkward person and not super smooth with women, but my girlfriend doesn’t seem to mind, and that’s a wonderful thing. She also has her awkward quirks, so we’re just a beautiful tag team. It works.”

6. Yes, You’ve Seen Him on Other Shows

“I’m doing an arch on season two of AMC’s Preacher, so that’s been awesome. I love really interesting shows and really interesting characters, and Preacher has that in abundance. There are some similarities [between Tyler and Bryce], so maybe for my next role I’ll play a good guy. I’ve been fortunate enough to have some good roles, but now, of course, the big one that everyone knows me for is ‘Bryce the rapist.’ Now I have to shake it up a little bit and not get branded as that.”

“I would love to do a comedy in my free time if [the opportunity] arises. Just some good, lighthearted fun. I’ve done a few guest-stars, and I did a series that was a comedy a few years ago. I love it.”

8. He Really Is Close with His 13 Reasons Why Castmates

“We love each other. It’s just a really good group of people, and we all just seemed to click and vibe, which is perfect. It makes the work environment a lot easier, especially since we all hang out outside of work too.”

9. And Is Excited to Find Out the Rest of the Story

“I am just as invested, I think, as the viewers are, and I want to know just as badly, if not more, what happens to all of them.”

10. No, He Doesn’t Mind Being the Most Hated Guy on Netflix

“It feels good. I’ll take it as an honor. It’s pretty interesting, there are a few comments on social media like, ‘Rot in hell, rapist.’ It just means I did my job.”