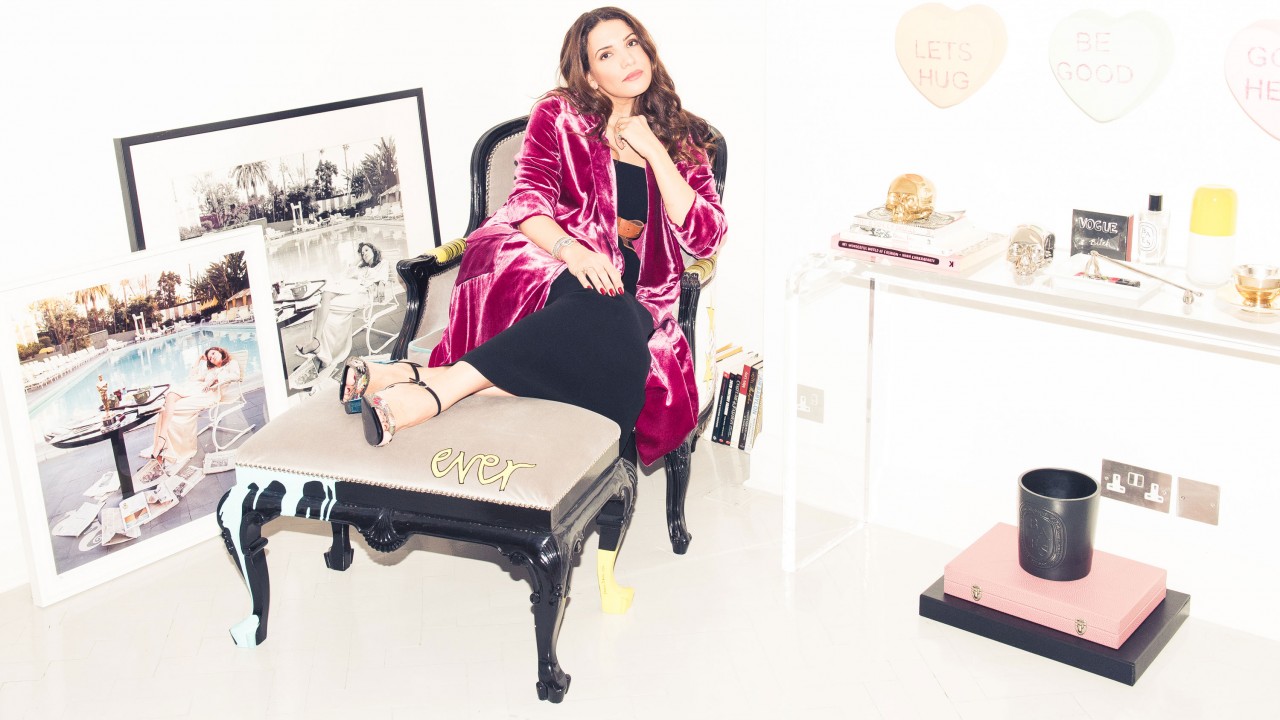 The Four Necessities to a Rock-Star Closet

For the girl whose style icons are Mick Jagger and David Bowie.

If your style icons range from Prince to Bianca Jagger, chances are you’d probably do anything for even a quarter of designer Racil Chalhoub’s closet. When she isn’t recreating the ’70s/’80s NYC rock scene with her own outfits, she’s busy designing tuxedos and suits to help women everywhere feel like they were part of it, too. Her most recent collection, appropriately titled Rock Legends & Wives, pays respect to icons like Prince with suits, Mick Jagger with poet shirts and skinny pants, Bowie with fluid feminine silhouettes, and their wives, who were known to borrow their husband’s clothing–while also lending them some of theirs. Racil’s line is a celebration of rock legends’ unparalleled self-expression through clothing, and her closet is a reflection of their influence. We’ve put together a shopping list for how to recreate her look while also feeling a little closer to rock royalty.

No one can rock a suit like Bowie, but that doesn’t mean you shouldn’t try.

Bowie redefined many things, one of them being the suit. Whether he was Ziggy Stardust, Aladdin Sane, or the Thin White Duke, he looked better than anyone ever did (or will) in the classic two-piece. And even if we’ll never look quite like he did in one, that doesn’t mean we aren’t willing to try!

Closer to god in heels.

Or so says the neon sign in Racil's bedroom. Even though it’s easy to get stuck in the habit of throwing on sneakers and slipping into loafers for comfort, there is no denying the sex appeal and confidence that comes with a good pair of heels.

Velvet is as influential as The Velvet Underground.

Velvet is a quintessential rock legend fabric. Just look at songs like Black Velvet and bands like The Velvet Underground. A hot pink velvet robe is also seductive and snug, so it’s a win-win.

Accessories should be studded, fun, and glittery.

It’d be impossible not to find embroidered or safety-pin clad accessories in a rock star’s wardrobe. Racil’s closet was no different, filled with Olympia Le-Tan clutches, colorful bangles, and star-studded accessories. To complete a rock-inspired look, cherry bomb or leopard print accessories aren’t an option–they’re a necessity.