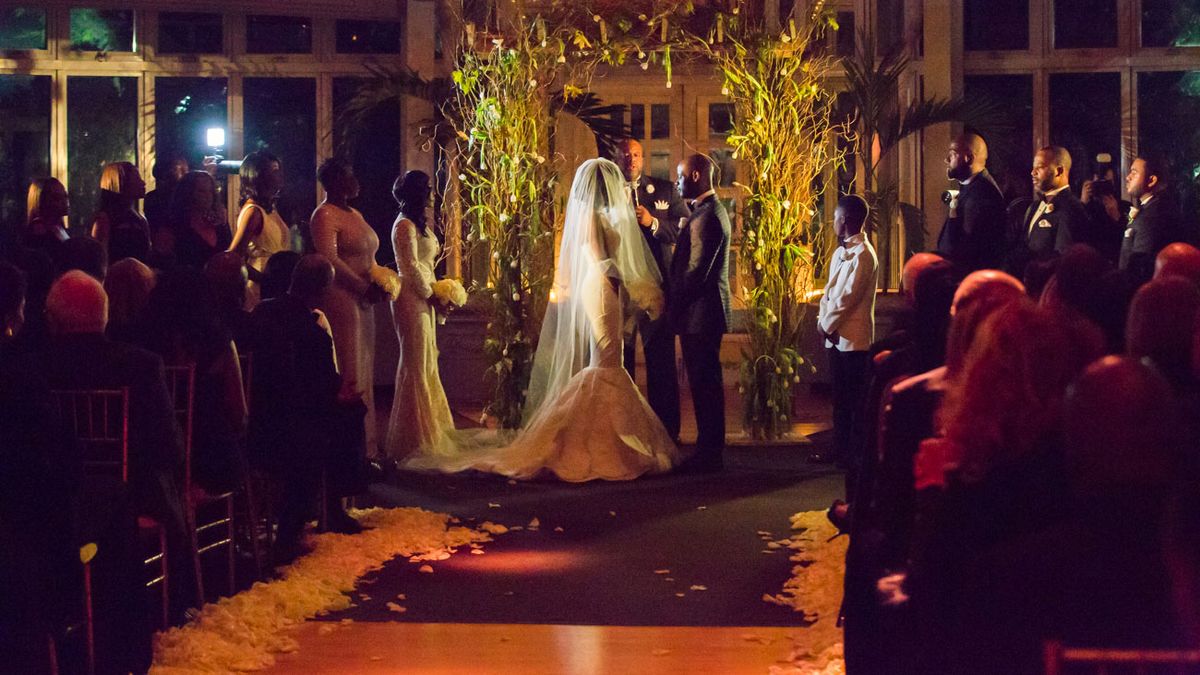 Design-forward locations for your vows.

Los Angeles has always been a town I associate more with studio backlots and macrobiotic diets than I do romance (no offense Damien Chazelle). So, whenever a friend in L.A. gets engaged, I assume she’ll skip town and tie the knot somewhere that lends itself more effortlessly to the occasion: Napa, Big Sur, and Palm Springs being the usual suspects.

But lately, more and more of my L.A. friends have defied Brides mag clichés and gotten married in the city—which, I figured was a decision motivated more by price and convenience than anything else. Then a friend and editor—one of the chicest and most well-traveled women I know—announced her L.A. nuptials, at an under-the-radar spot called The Ruby Street. And that’s when I decided it was time to look past the tacky Kardashian-inspired Dodger Stadium proposals/bland hotel ballroom receptions and give the city’s wedding scene another shot.

A Google search later, and I discovered dozens of other amazing, design-forward venues like The Ruby Street—places so cool and so Cali that I couldn’t imagine wanting to exchange those vows anywhere else. Here, five standouts from my search—just in time for wedding season.

For wine country vibes without the price (or pretension) check out Malibu’s Calamigos Ranch—a bucolic property set among 130 acres of rolling hills and ancient oaks in the Malibu Mountains. The ranch and adjoining 36-room resort are something straight out of a Nancy Meyers film—Pottery Barn-esque décor, nature-filled views, beautiful people ‘n all—and each of the property’s four outdoor ceremony options feature a serene combination of cascading waterfalls, weeping willows, redwood trees, and fragrant rose gardens. It’s all very rustic-chic, and the food is no exception: sample dishes include roasted acorn squash with wild mushrooms, seared kurobuta pork chop on parmesan polenta, and artichoke agnolotti with micro herbs.

This seriously stunning restored church is a labor of love between newlyweds Lourdes Hernández, a famous Spanish indie rock star, and Zach Leigh, a native Angeleno who’s spent his life transforming the city’s architectural gems. The two met when their bands played a show together at The Largo, fell in love, then joined forces to spruce up the historic building, which was built in 1905 during America’s Arts and Crafts Movement. It’s a design-driven mashup of old (original floors and stained glass windows) and new (mustard-colored poufs, lush succulents, globe-shaped brass fixtures)—with enough religious iconography to keep grandma happy. And outside, you’ll find an expansive string-lit garden where previous guests have parked food trucks (In-N-Out Burger, anyone?!) for late-night eats.

This Old Hollywood mansion has so much pop culture cred it deserves its own IMDB page. Originally built in 1923 for Antonio Moreno, a silent movie star, and his wife, oil heiress and socialite Daisy Canfield, the 22-room estate has served a photoshoot and concert location for celebs like Jennifer Lopez, Gwen Stefani and Stevie Nicks among others. It’s perched on a steep hill in Silver Like (so, flooded in light and embowered in greenery), but inside, it’s all very Film Noir: gold chandeliers, large taxidermy animals, jewel-toned velvet furniture, and corridors supposedly haunted by Daisy’s ghost. (The heiress died in a mysterious car accident on Mullholland Drive.) If you’re looking for a dreamy and atmospheric place to say your “I dos,” your search ends here.

Designer Emily Henderson is behind the pitch-perfect interiors at this whimsical venue in burgeoning Highland Park (the same place Jay Z launched his Tidal streaming service back in 2015). Kitted out with color-splashed walls, mismatched art-deco furniture, threadbare carpets, and geometric wall art, it’s a jewel-box of a space that will practically do the photographer’s job for him. Other highlights include a gorgeous outdoor garden, a full bridal and groomsman suites, a built-in bar, and a roving art display.

Pared-back and industrial, the Millwick could easily pass for an event space in Brooklyn (if Brooklyn had banana trees and succulent gardens). But seriously, this space is a minimalist’s dream—and we can only imagine all the hip New York expats who’ve gotten hitched under its twenty-foot ceilings. Boasting a 7,000 square-foot floor plan with indoor and outdoor space, this is the place to invite all your friends and family and dance the night away.
Wedding Week
Part of the series: