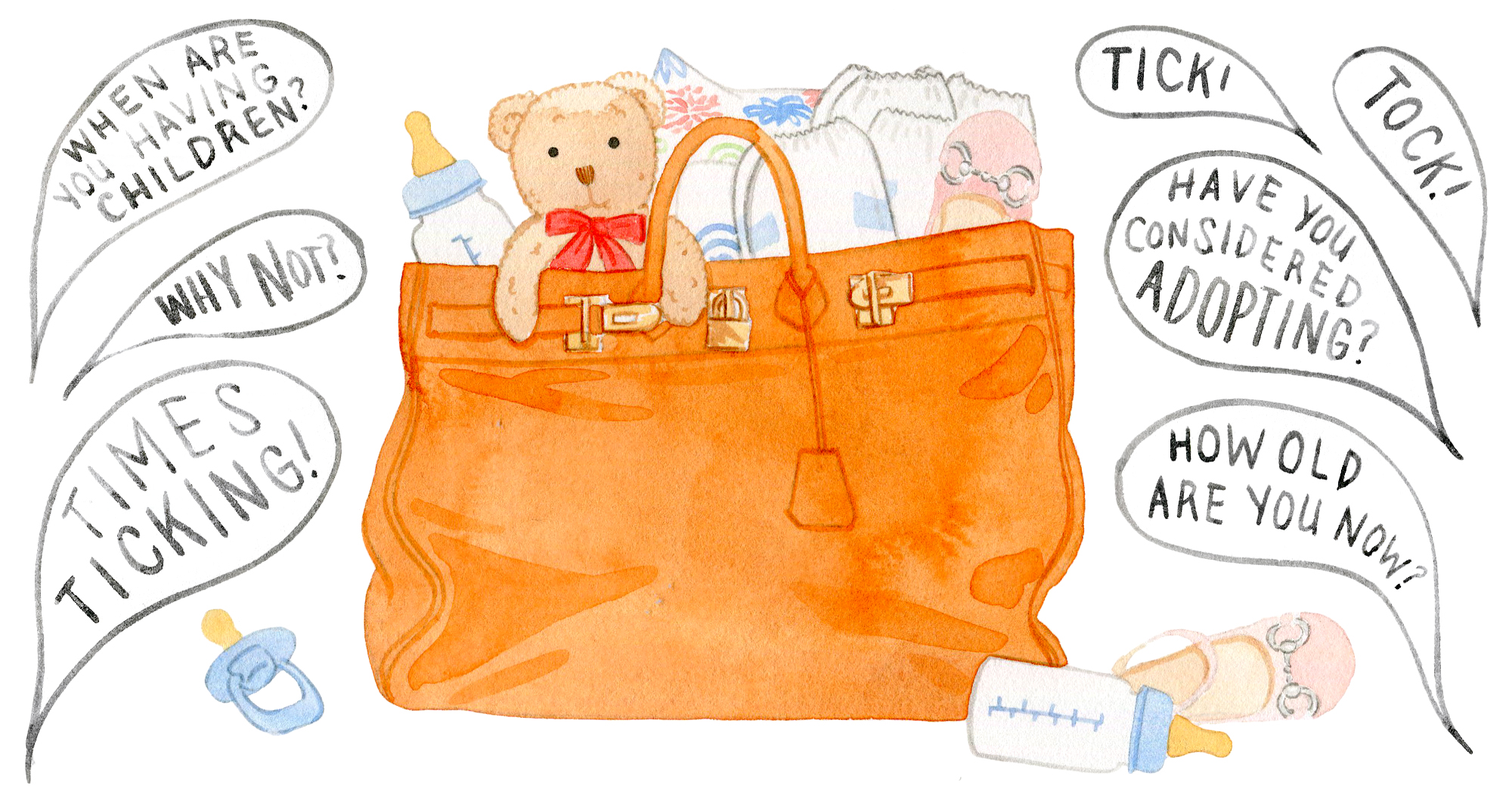 I’ve Never Wanted to Be Pregnant

A few weeks ago, I was flying home with my one-and-a-half-year-old son to surprise my sister for her 30th birthday. I thought my babe and I had our little row to ourselves. But at the last minute, a passenger boarded late. And sat down next us.

Sans baby, I would have quickly thrown in my headphones, given a polite smile to acknowledge my seatmate, and then buried my head in a giant Vanity Fair—the international travel sign for “I’m not here to make friends.” But with a baby in one arm and a handful of Cheerios in the other, I had no armor to protect myself—and the small talk started to flow. 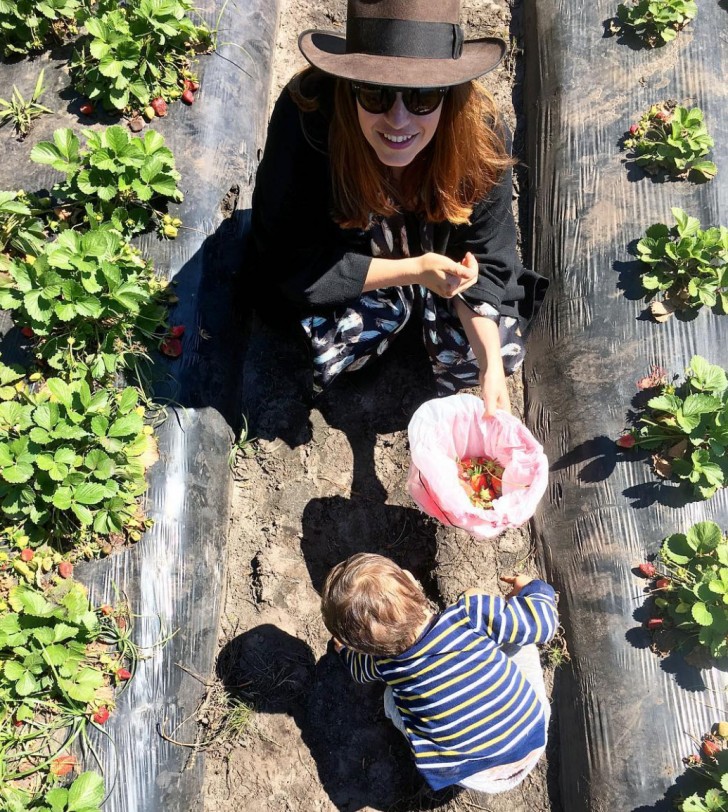 We chatted about where I was headed, where she was coming from, and how nice the weather was. She also asked if I modeled (which is not relevant at all to this story but may never happen to me again, so I’m putting it on wax). And then the conversation shifted to motherhood.

She wanted to know all about my pregnancy experience. We still had another hour and half together on the flight, so I decided to go all in. I told her that I never was pregnant and that my son was adopted. Her eyes got really big. And without missing a beat, she asked, “Why did you have to adopt?” And then, “Where did you get him from?”

As much as I internally rolled my eyes at her reaction, it didn’t really faze me. I’ve gotten that question (or a variation of it) so many times that it holds as much weight as someone asking me what I do for a living. It was the pity in her eyes that made me cringe. She felt bad for me. She assumed, like most people, that I adopted because I couldn’t have kids. That creating my family through adoption was my second, third, or last choice. When it was actually my first. The real story is that I didn’t have to adopt; I chose to.

I’ve never wanted to be pregnant.

I’ve never wanted to wear maternity clothes, experience childbirth, breastfeed, or anything else that comes along with it.

“With Mother’s Day coming up, let’s honor all women and mommas—whether they started their family through adoption, fostering, surrogacy, or good ol’ fashioned birth.”

Pregnancy is not something that I’ve ever wanted for my body.

I knew this about myself from very early on. Which means that, from a very young age, I was made to feel like a total naïve weirdo about it. Everyone told me that when I met the right person, he would change my mind. There would be a day that I’d see a baby in a stroller, and my uterus would ache for one to be inside. It’s been over a decade with the right person, and my feelings have never wavered. I’ve yet to feel even a little tingle down there for a roommate. 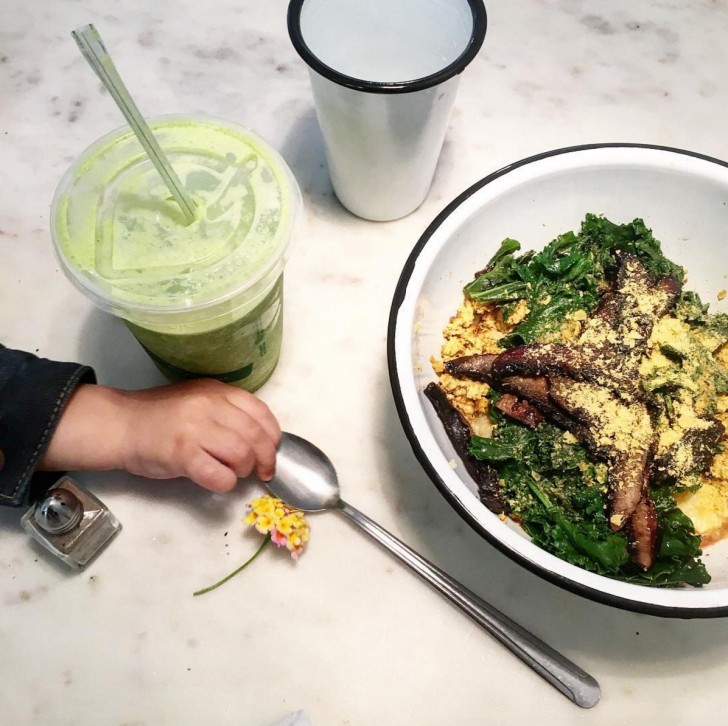 Even now that I have the most special and beautiful son, I still get asked if I’ll get pregnant to have “a child of my own,” which takes my cringe to a full-on gas face. I do have “a child of my own,” and he’s probably much more chill (his birth mom is Buddhist), more intelligent (she’s also really wise), and better-looking (she’s sooooo pretty) than any child I could have given birth to myself. He’s one of the coolest people I’ve ever met, and he’s not even two years old. Also, and let’s be real clear on this, not giving birth doesn’t make you any less of a woman or mom. We have to stop shaming women for the choices they make for their own bodies and how they decide to start their families. While all families are created equal, they’re not all created the same way.

With Mother’s Day coming up, let’s honor all women and mommas—whether they started their family through adoption, fostering, surrogacy, or good ol’ fashioned birth. No pity, no judgment, just a shit-ton of love.

Remember that time Jessica broke down her experience with endometriosis for us? You can also find her at One Part Plant, One Part Podcast, Instagram, and Twitter.