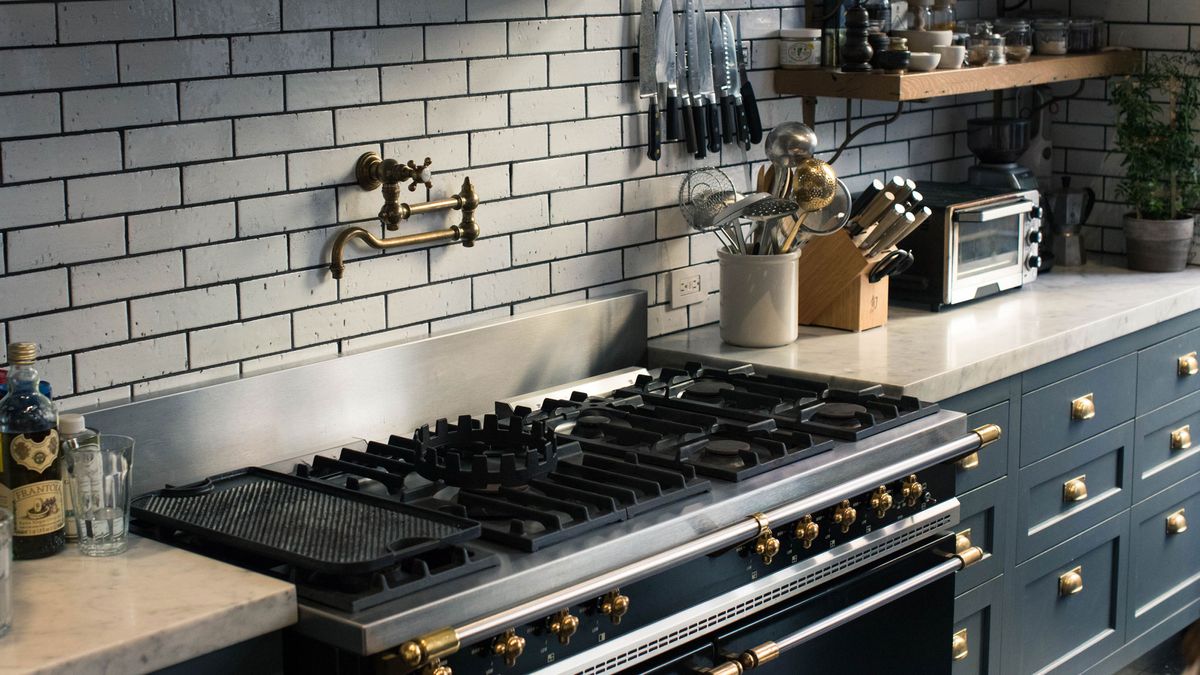 ...Probably. Haven’s Kitchen founder Alison Cayne on why you shouldn’t follow recipes, and why we’re all drawn to the kitchen.

When we heard that Haven’s Kitchen founder Alison Cayne had the “most Instagrammable” kitchen in New York City, it was essentially a you say “jump,” we say “how high?” situation. We were at her West Village townhouse (hello!) doorstep licketysplit.

Then she let us in, and we were greeted by her teenage daughter, who is exactly who we hope we’d be friends with if we were in high school again, and her floofy dog, Ivy, who is exactly the kind of dog we’d get if we ever had our shit together enough to have a dog—and then we walked into that kitchen. Which, it goes without saying, is everything we’ve ever wanted for ourselves—down to the marble countertops, Lacanche oven, open shelving, and window-fronted fridge. Cayne, who started Haven’s Kitchen as a cooking school slash event space slash restaurant in 2012, *just* released her cookbook, The Haven’s Kitchen Cooking School, and is so put-together we almost spun on our heels and walked directly back to our mini-fridge-sized kitchen to wallow in inadequacy. However! She’s SO cool! And funny! She grew up eating “ridiculous” fried cheese spaghetti pancakes, and her mom doesn’t cook because of her feminist principles! Alison doesn’t believe in recipes, and she makes a mean Negroni! She’s fully aware of how precious and perfect her kitchen is, joking, “Yeah, it’s all over Pinterest,” yet it’s exactly the thing that she wanted—she designed it to be the perfect space for herself—as is the rest of that drop-dead multi-story townhouse.

If ever there was someone who could convince you to start cooking (step one is just asking yourself what foods you *actually* like to eat, how easy is that?) it’s Cayne.

Click through to see all the details of that kitchen, and to hear about the only five ingredients you need to make something delicious.