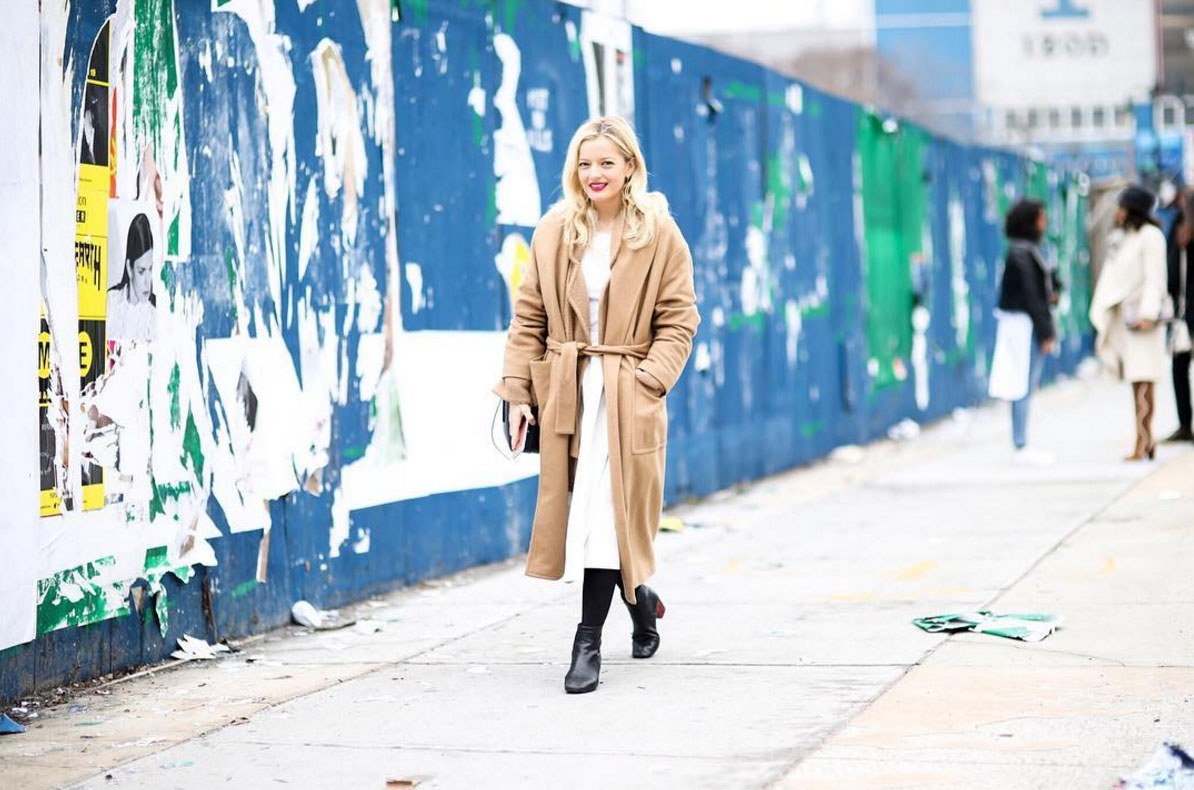 A Fashion Director on the Pressures of Modern Motherhood

And why doing the school drop-off wearing fashion week clothes will always be awkward.

Like most of the moms we’ve profiled this week, Brides fashion director Elle Strauss has one of those Instagram feeds in which her adorable children fit seamlessly in with pictures of international runways and meetings with Peter Copping. It all looks very glamorous and warm and fuzzy—which in many cases it probably is. But, again, as with many of the moms we’ve spoken to this week, when we got on the phone with Strauss to chat about exactly what goes into being a working mother of two girls (Imogen, six months, and Honor, six years), well, you discover that there’s a lot of reality under that Insta-gloss. And by reality, we mean hilarious stories of mornings getting ready for school with a six-year-old with as strong a fashion sense as her mother, and figuring out that maybe being a “cool mom” isn’t all it’s cracked up to be. Herein, Strauss tells us exactly what she learned from baby number one that helped her with baby number two and why fashion week and the school drop-off don’t always mix. 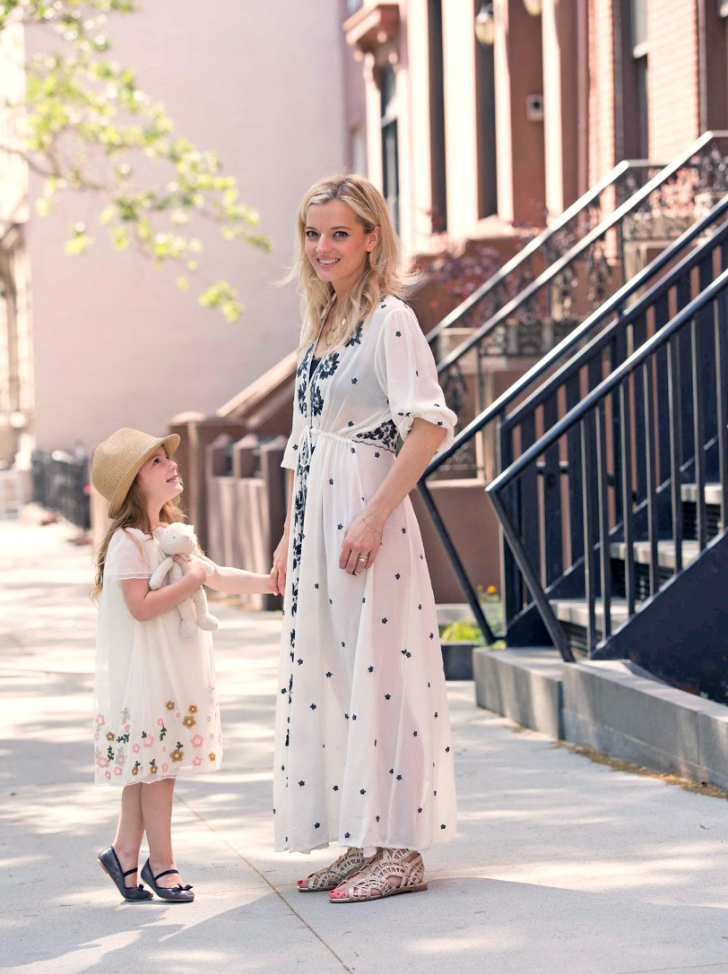 What she learned from the first baby that changed things with the second:

“They completely transform your world in the best way possible, as well. It really does. No one really tells you about that bit—or you just don’t really listen—about how wonderful they are. With the second one, it’s been wonderful for us because we’ve really been able to enjoy the second and really appreciate and understand how quickly it goes. And even when you have a tough night, you know it’s going to get easier. That was also something that I wish someone had said to me at the beginning: every stage you go through is just a stage, and it does get easier. I think when you’re going through it, you’re like, oh my god! [laughs] This is going to be my life forever! And it’s not, you know.

“And it gets easier—that’s a huge one for me. Huge, huge, huge. You can be like, don’t worry, everything is going to be okay, but I think we’re just programmed to worry. Try not to worry! No one is perfect—everyone’s pretending and stressed by it. I would do things like, oh, we’re going to go out for lunch, and we’re going to bring the baby because we’re just so cool [laughs]. And then, you know, the baby might have a melt down or, I don’t know, or somebody hasn’t washed their hands and they’re touching your baby and you’re trying to keep cool about it so you’re not this new uptight mother. But inside you’re kind of dying and screaming [laughs].” 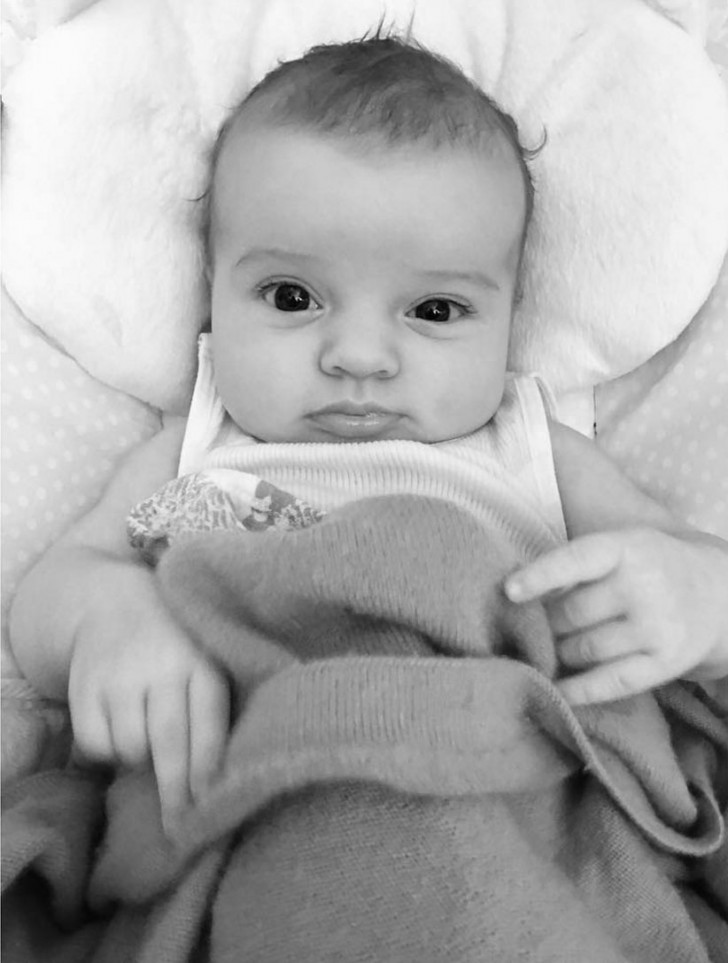 The pressures of modern motherhood:

“I don’t think there’s a secret, but—it’s like anything in life—you’ve just got to do your best. When it comes to your goals, just make sure that, if you want to spend more time with your kids, you’re obviously going to have to compensate in other areas. Just make sure that that balance is right for you. That’s also quite a luxury as well, because not all mums are able to do that.

“I think with my parents’ generation, there didn’t seem as much pressure to be this perfect. My mum would just open the back door and, you know, we’d get on with it! Whereas I feel like—and maybe it’s New York as well, because obviously growing up in England I had a big back garden—but here I feel like I’m always making so many playdates, ballet, and all of these things. I think it’s about doing everything in moderation, just trying to find that balance. If you’re exhausted, then it’s actually okay to say, you know what, we actually can’t make tonight. With the first baby I had a bit more energy because I was younger and probably went out a bit more, whereas now I have JOMO—joy of missing out. Whereas it was definitely FOMO with the first one, and this time around I’m like, all right, peace out! [laughs]”

Comfort > dress up when it comes to baby clothes:

“I love Zara—if the baby vomits, it’s not a big deal. I do like Sweet William in Williamsburg; that’s a favorite for a splurge.

“With Honor, I went a bit crazy, and she had an outfit for every day of the week. This time ’round, I just like to think that she’s comfortable. She’s just been in onesies, but they’re organic, and they’re quite plain. I splurged on a little cashmere cardigan that she lived in, and it was machine-washable, which, again, boring of me to tell you, but these things are really important. I think you have to learn these things, because the first time around going crazy about clothes is okay, too. Now, I’m like, it’s fine, as long as the cotton is soft! That’s one thing that kind of terrifies me. She obviously is [a] baby and can’t speak, so she can’t be like, oh, you know, this is stuck or this is pinching me. I would much rather bother about comfort than dress her up. I wouldn’t push that on anyone else, though. That’s just our deal. And also it was October when I had her, so it was bloody freezing.” 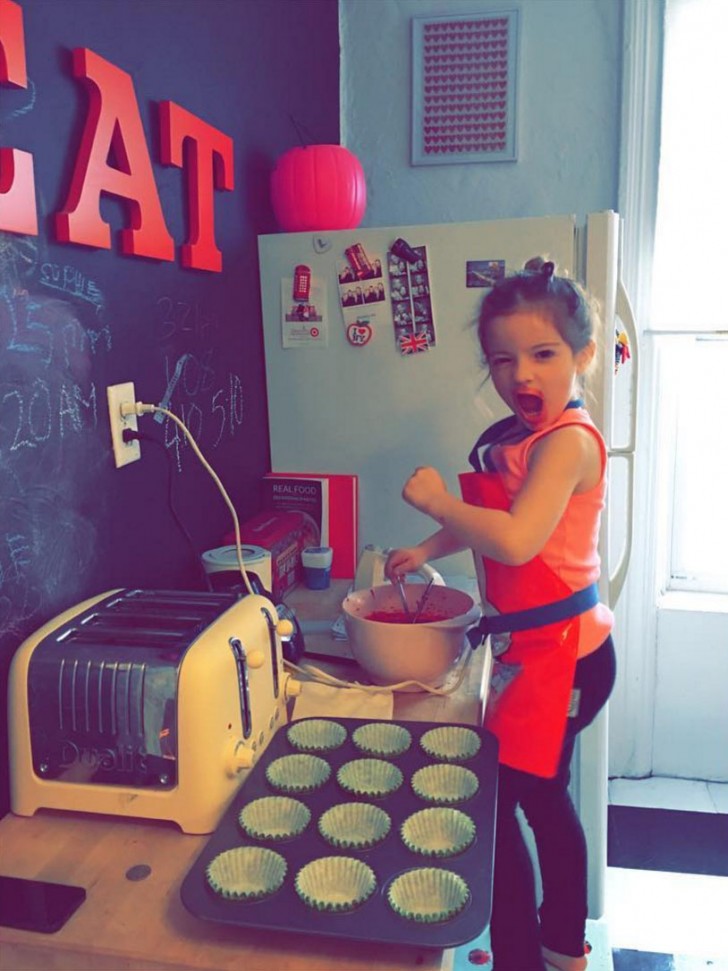 She passed down the fashion gene:

“I have nowhere to turn, I’m in so much trouble. Everyone’s like, what did you do [to] your child? I just wish we had school uniform. In England it didn’t matter what school you go to, everyone is in school uniform regardless, public school or not. And as a result, there are no decisions to be made. Whereas my child, and I’m not exaggerating, changed three times this morning. Three times! I’m like, just get out of the house. She’s like, this doesn’t go, the top doesn’t work with the skirt. And I’m like, I know it doesn’t, but I don’t care! [laughs]. And the thing is, she’s right—I mean, it really didn’t.

“She’s hilarious; she’s very much a strong personality, and she has very strong opinions and has had them since she was two. She also wants to be comfortable. She wears everything with Doc Marten boots. She’s very feminine—she won’t wear jeans, she won’t really wear leggings unless they’re black. I mean, it’s a nightmare! And you say to yourself, I’m going to be one of those mums that doesn’t tolerate that. And she’ll just take all her clothes off. In the end, you’re just like, oh my god, just wear what you want! So she’ll wear a tutu. The only thing that I’ve stopped her wearing is her flower girl dress, actually. She wants to wear it, but that’s where I draw the line. At the same time I’m like, why not? But I mean, I get it.”

When you don’t have the same fashion sense as your child:

“She put on this outfit the other morning, stood in front of the mirror, and went, ‘This looks ridiculous!’ [laughs]. And I was like, it really does. Sometimes I’m like, oh god, that doesn’t go, but what do you say? You can’t really say that. I try to passively suggest alternatives, but she’s a bit too smart. I wish she would wear jeans, but she just won’t, not even in minus degrees. She will [get there], but it doesn’t matter. As long as she’s happy and she’s comfortable, it’s fine.” 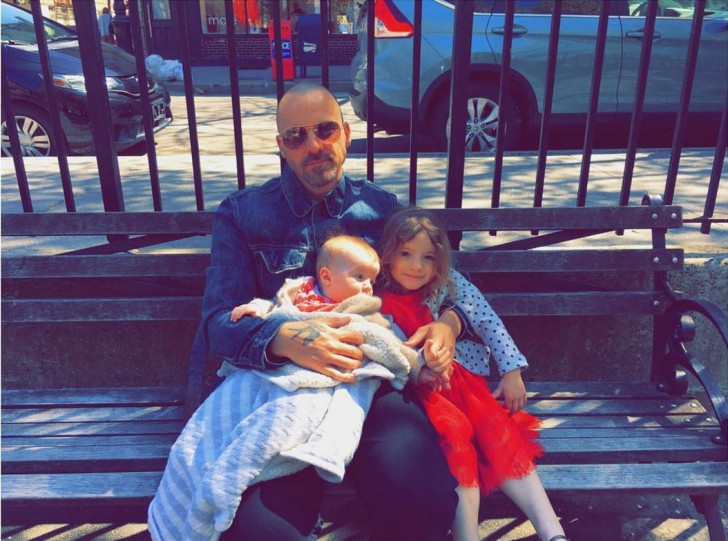 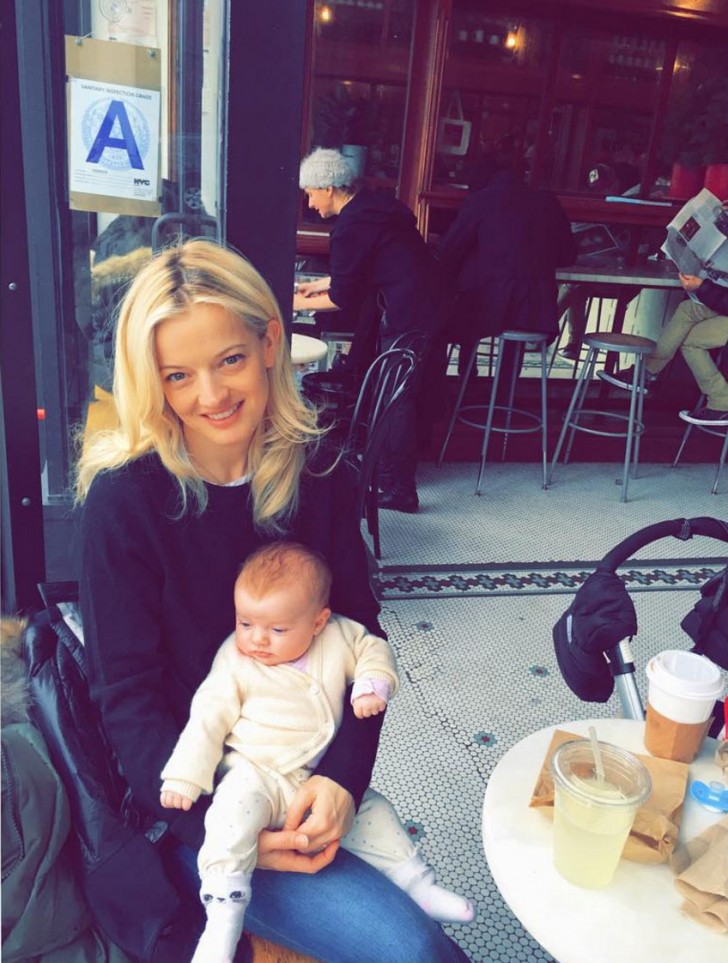 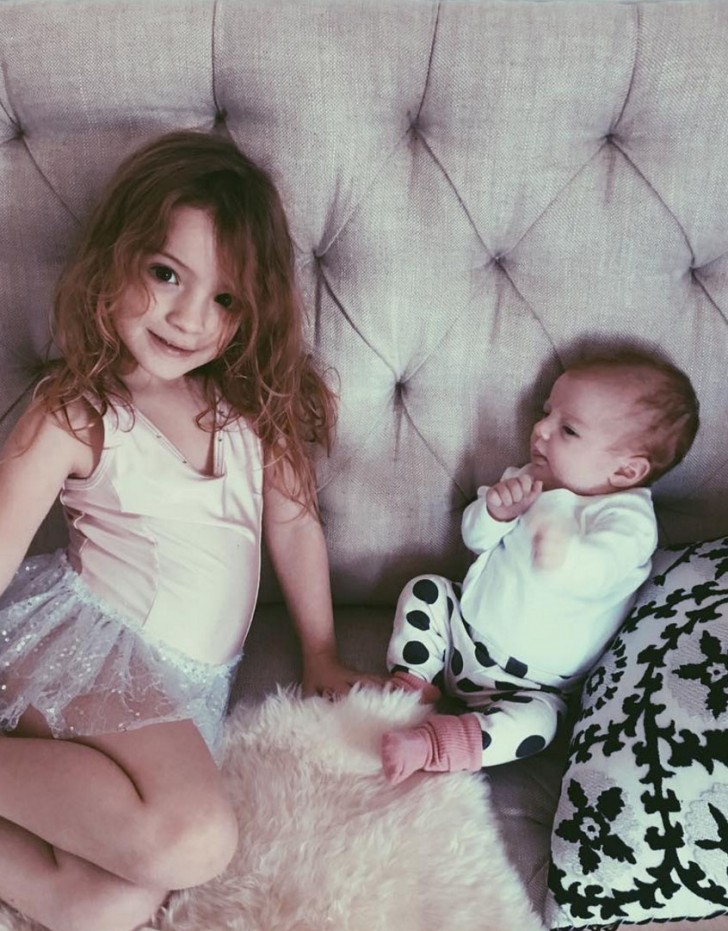 From heels to flats:

“The first time when people used to ask me this, I used to be like, not really at all. But with two, flats have become compulsory. I will still do heels for work, but low ones. I’m in sneakers right now. Luckily, the trends have kind of gone in that direction as well. There was a time when everyone was in heels, like, all the time, and I feel like thanks to Céline [laughs]... [Phoebe Philo]’s a mum—thank you, Phoebe!”

Being a “fashion mom” at the school drop-off:

“There are days when I’m doing the school drop and I’m going straight from school to work, so you kind of have to find that balance where you don’t want to look like this crazy fashion woman at school, but then at the same time, you just need to look presentable. I don’t want to draw any attention. There have been moments when I’ve been in fashion week clothes and you feel like people are looking at you [laughs]. I mean, who cares? In Brooklyn, there’s quite a few mums who actually work at Condé Nast at the school, so that’s quite nice.” 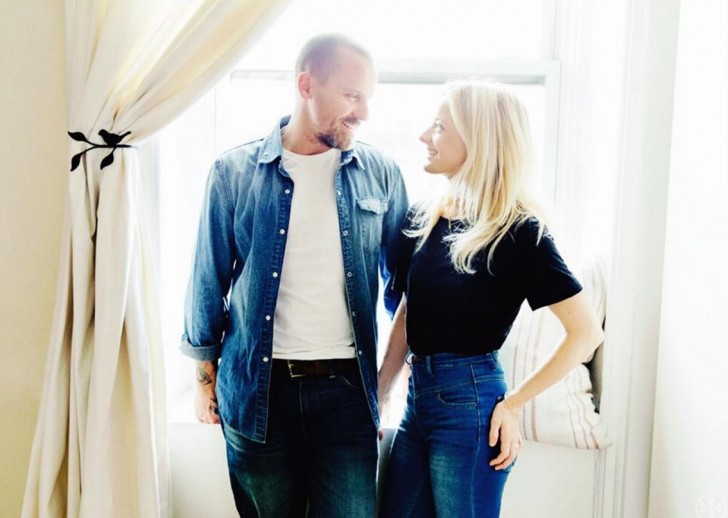 “I will wear a ball gown to the bodega if I want to [laughs], you know? That’s just me—motherhood wouldn’t change that. But I definitely have a weekend wardrobe that I really look forward to wearing. It’s like a gray sweatshirt with high-waisted Frame Denim jeans and sneakers. I get really into it.”