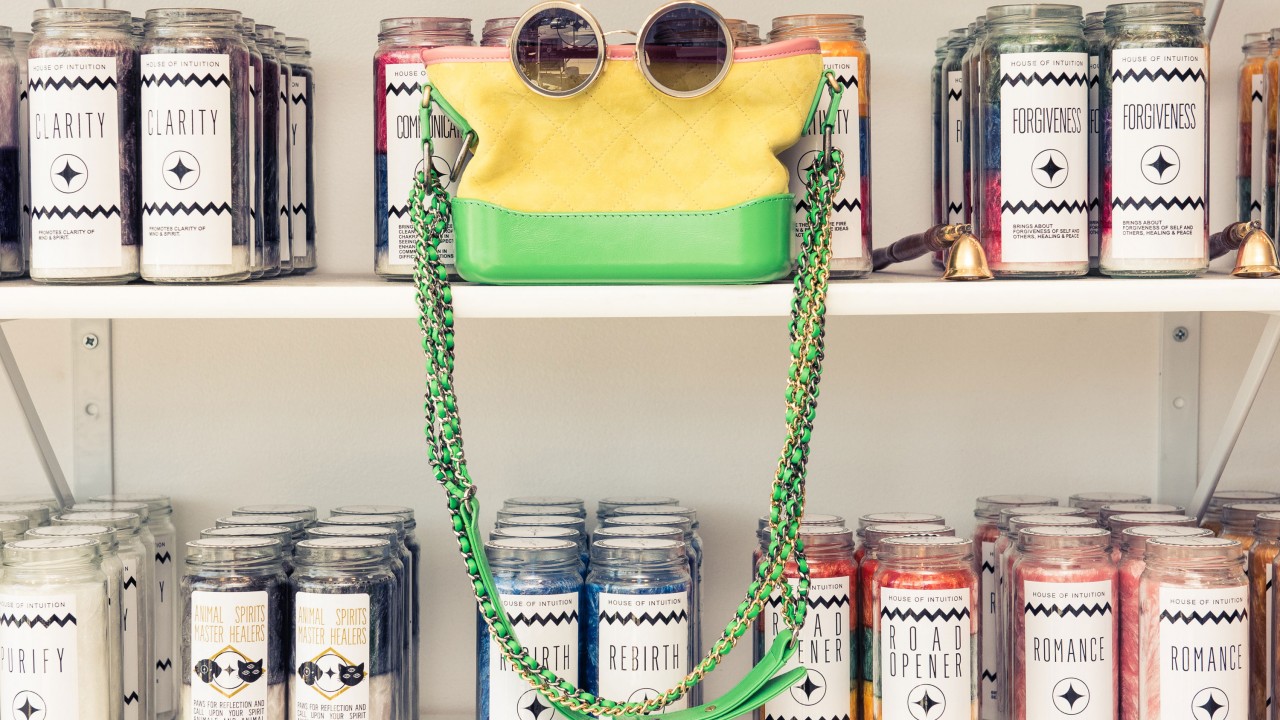 What Gabrielle Chanel’s L.A. Life Would Look Like Today

Like most things in fashion and culture, we are finding ourselves drifting towards the West Coast more and more. Suddenly the sun and sand aren’t the only main attractions drawing creatives to L.A., and we couldn’t be happier to jump on board. With a whole new lens being shone on the city, we were thrilled to have two amazing guides take us around town.

Stormi Bree and Phoebe Tonkin each toted us (along with their CHANEL Gabrielle bags) around the city to talk about where they go and, if they could, where they would take the legendary Gabrielle herself on an ideal day in L.A.

If you’ll indulge us in a quick history lesson, Coco Chanel was VERY into astrology, hence the Leo (her astrology sign) adorning many items of the house and her use of wheat, a symbol of prosperity, as well. So, it was only fitting when Stormi let us tag along as she visited the L.A. mecca that is House of Intuition. Between stacks of tarot cards and walls full of candles, we quizzed Stormi on what she would do with Coco on the west coast. 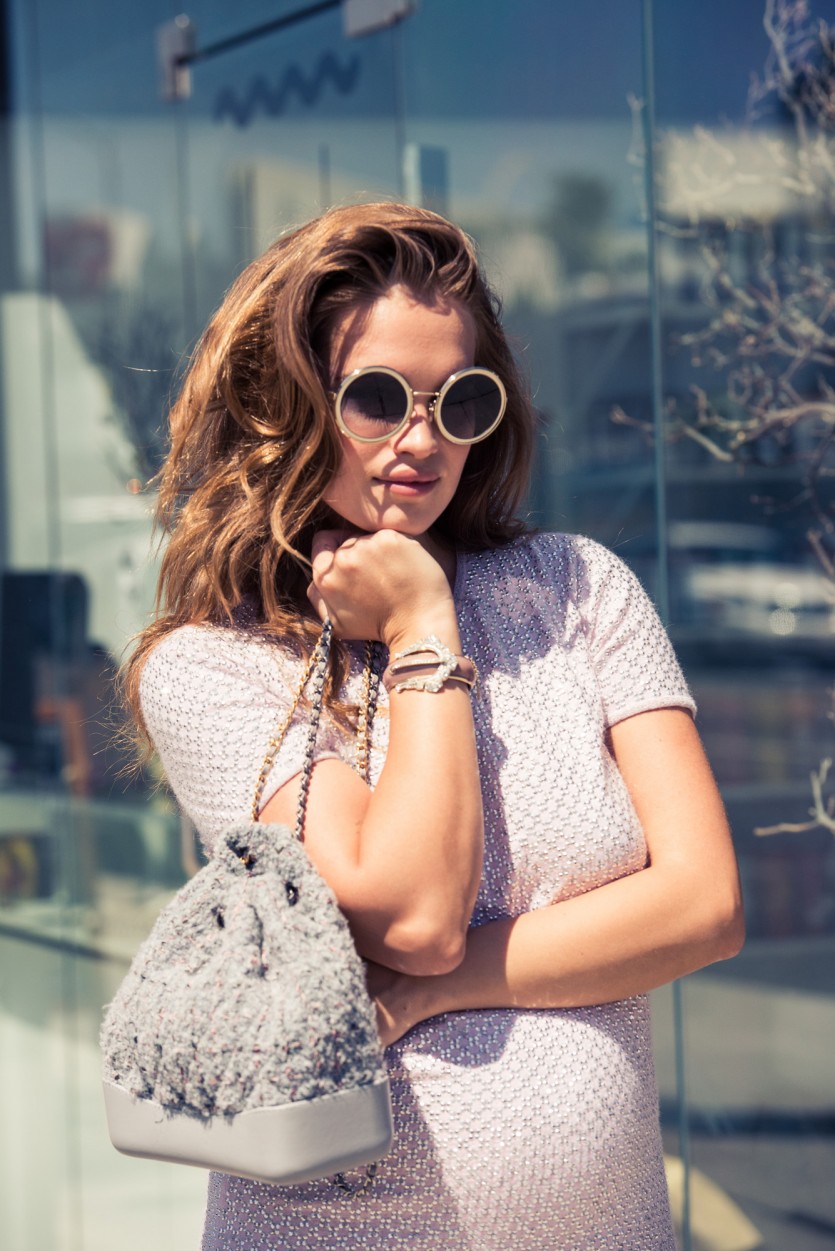 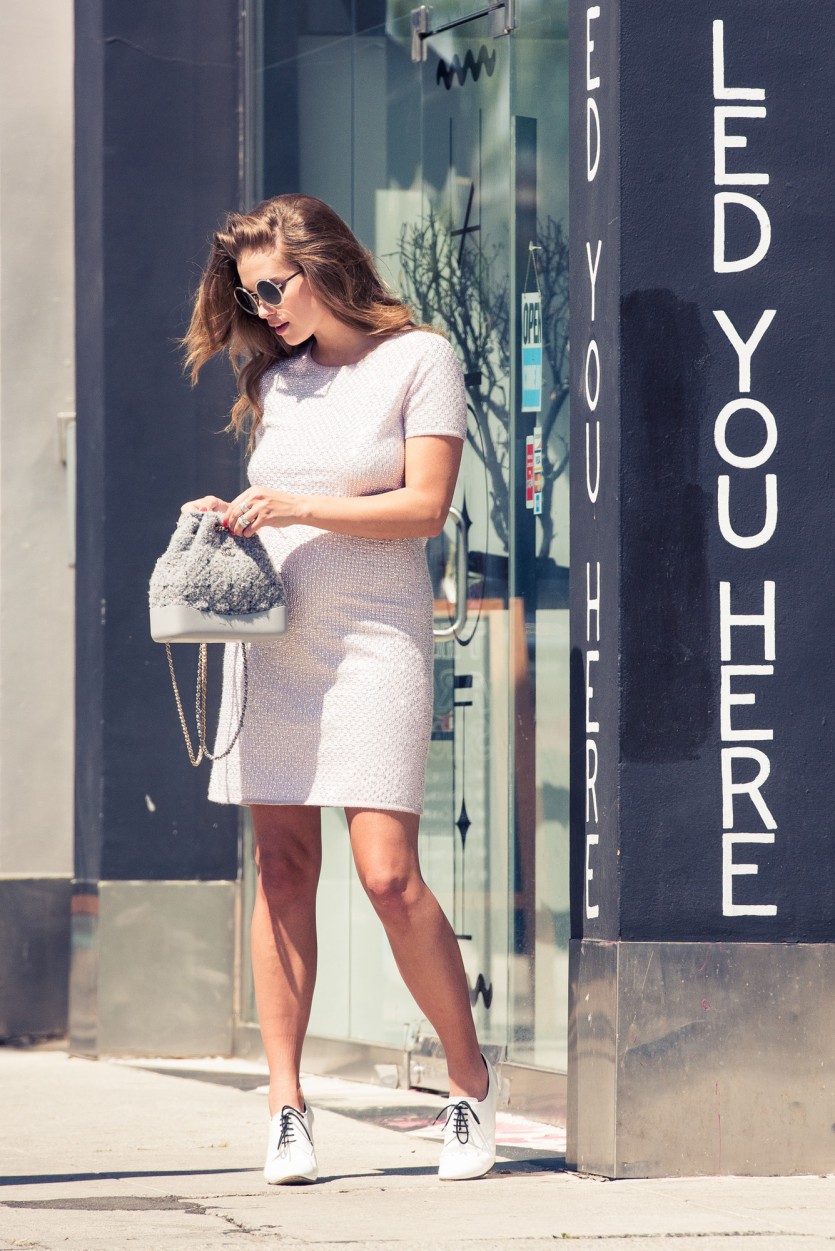 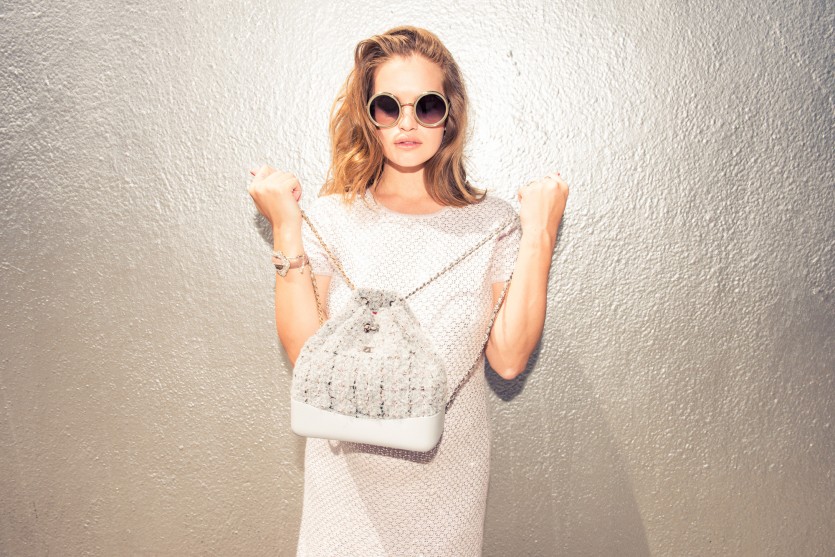 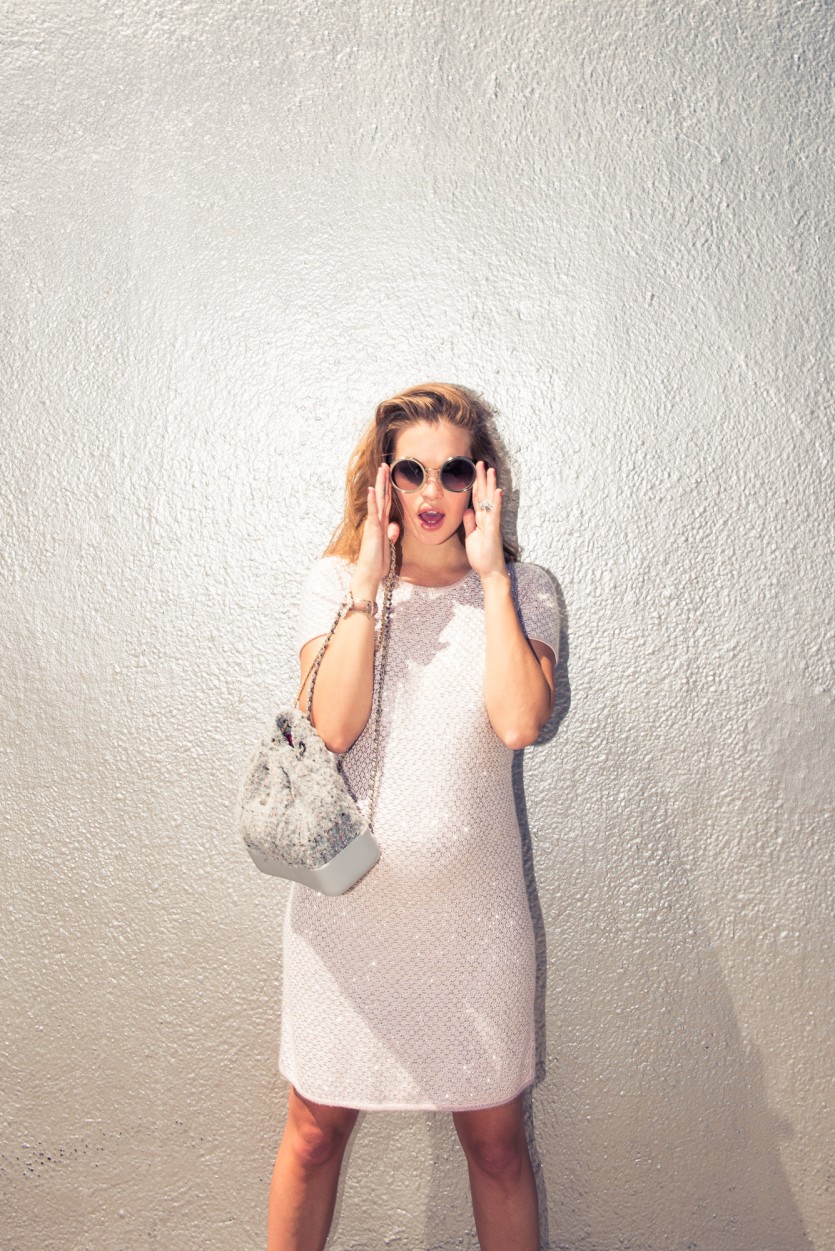 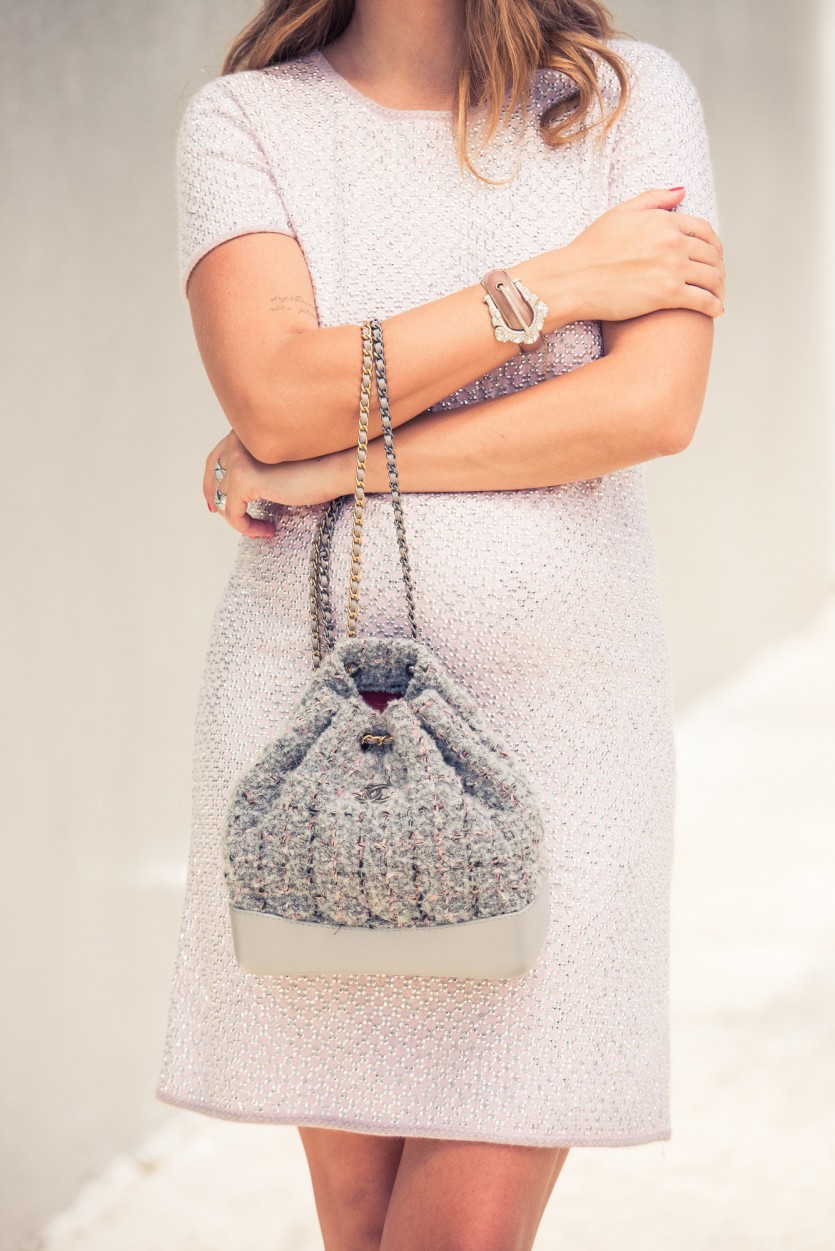 “I think she would wear a simple dress so as not to distract from the elegance of the bag.”

“I think she would go for an espresso, no sugar.”

“Coffee, then nature to gain inspiration, then to her work space to start creating!”

“I would take her to my favorite botanical gardens just out of L.A.—I’ve never left uninspired.”

“I think she would be right there marching alongside the masses!” 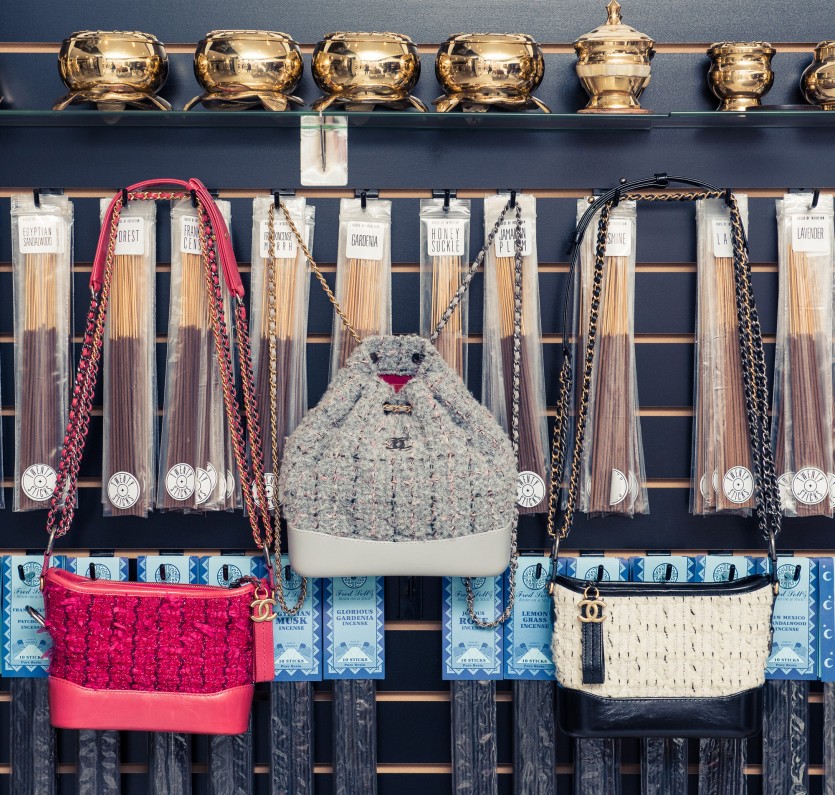 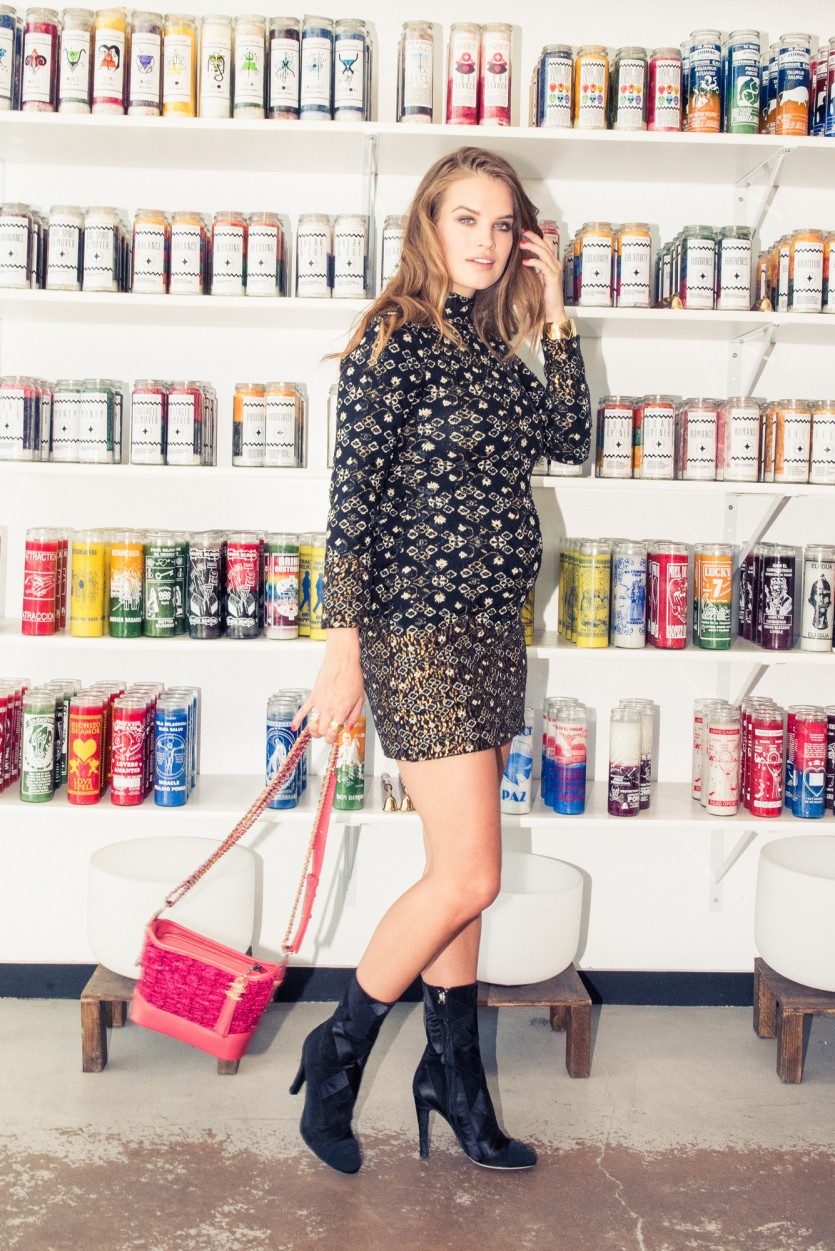 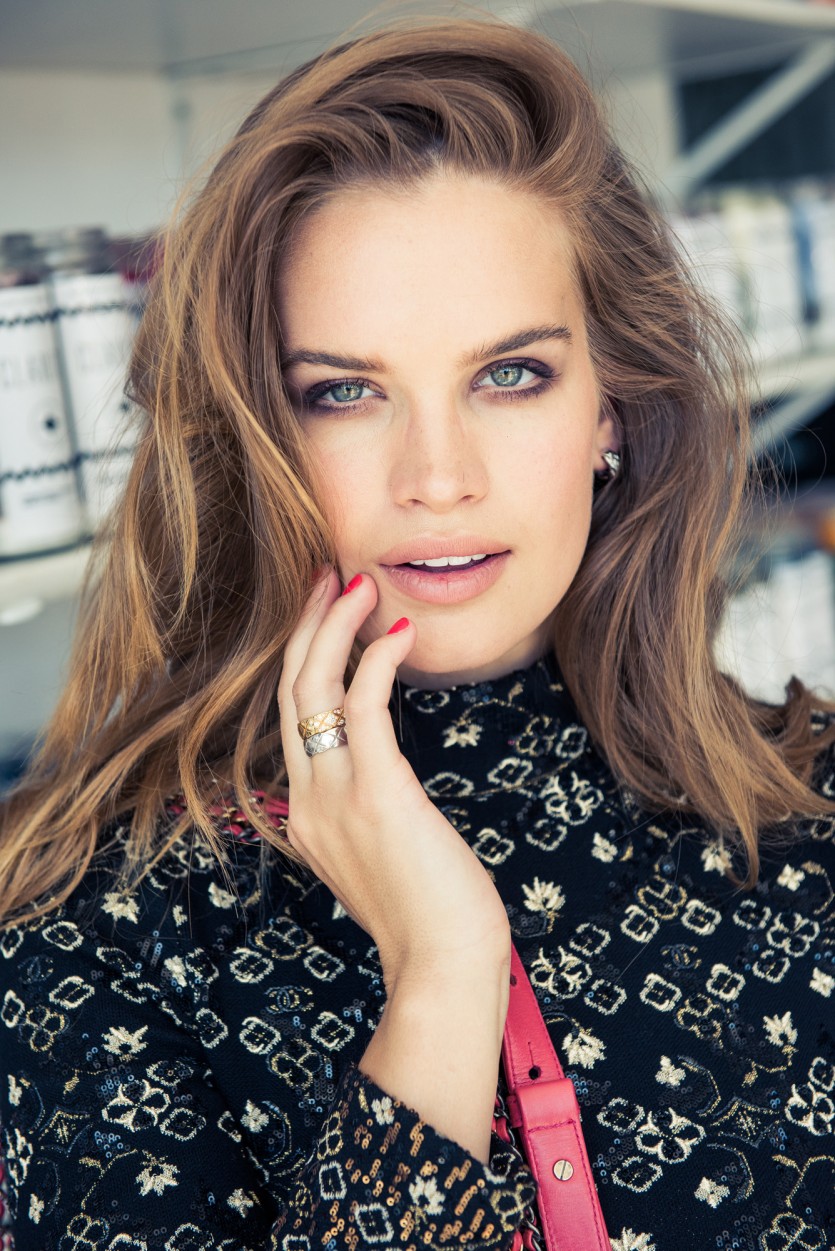 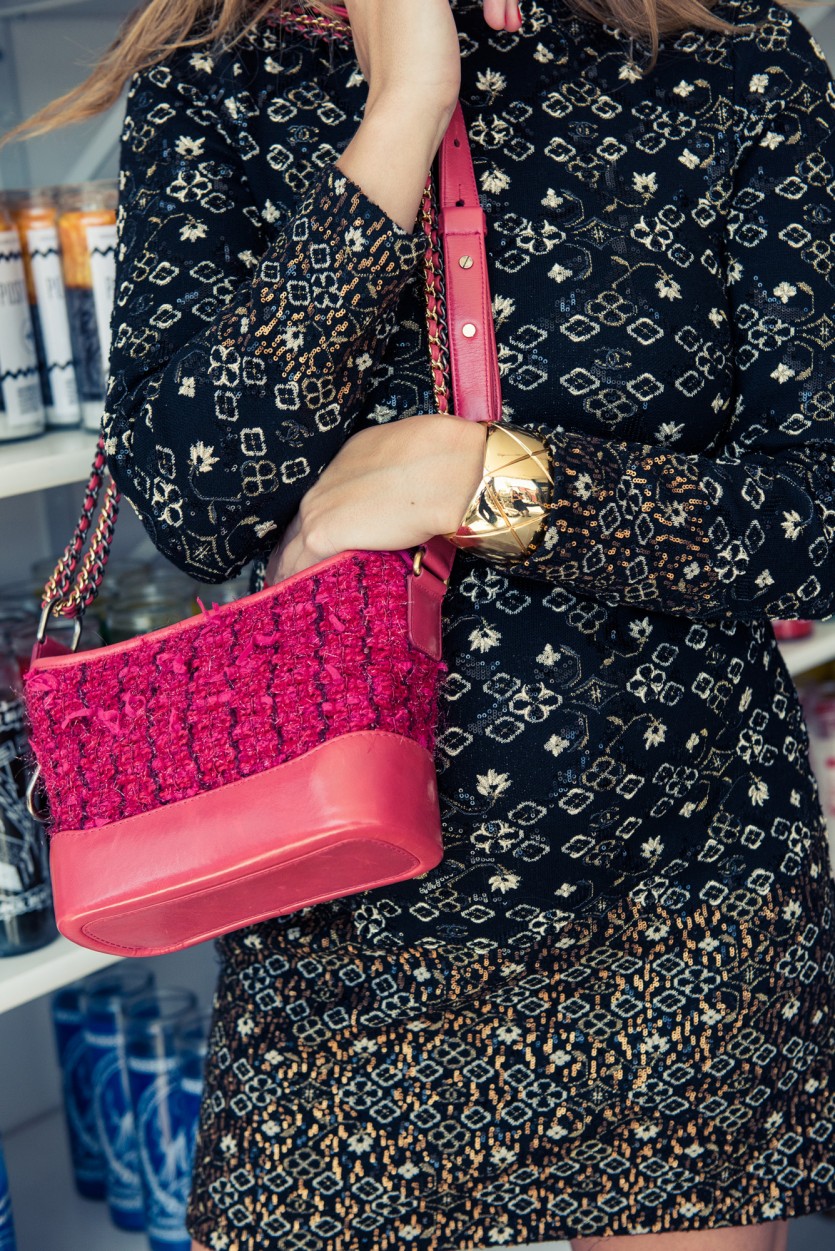 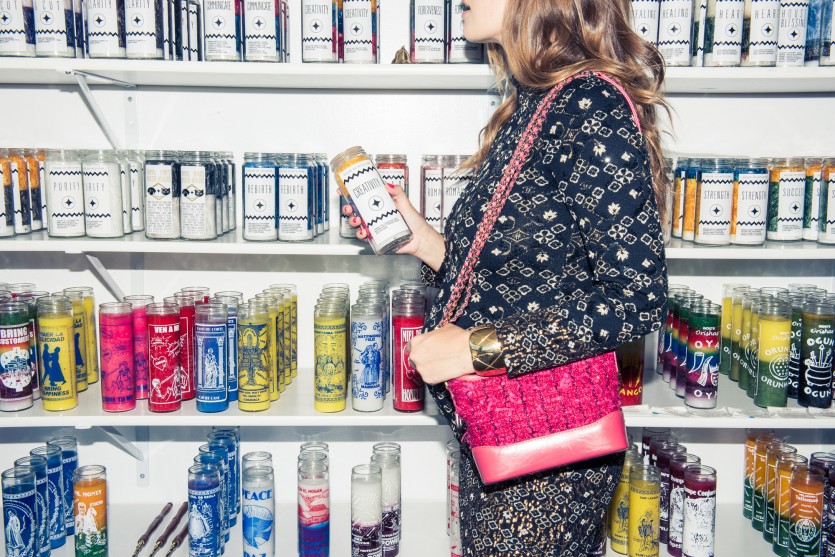 “I think she would live in downtown L.A. in a gorgeous loft where she could create!”

Where in L.A. would she brunch?

Where would she work out in L.A.?

“I think she would take a jog on the beach.”

“I think she would stay in the Beverly Hills Hotel—it’s so beautiful and classic.”

Where would she say is the best sushi in L.A.?

“Hate to let anyone in on my secret, but Sushi Dan in the valley—she would say it’s the best cheap yummy sushi.” 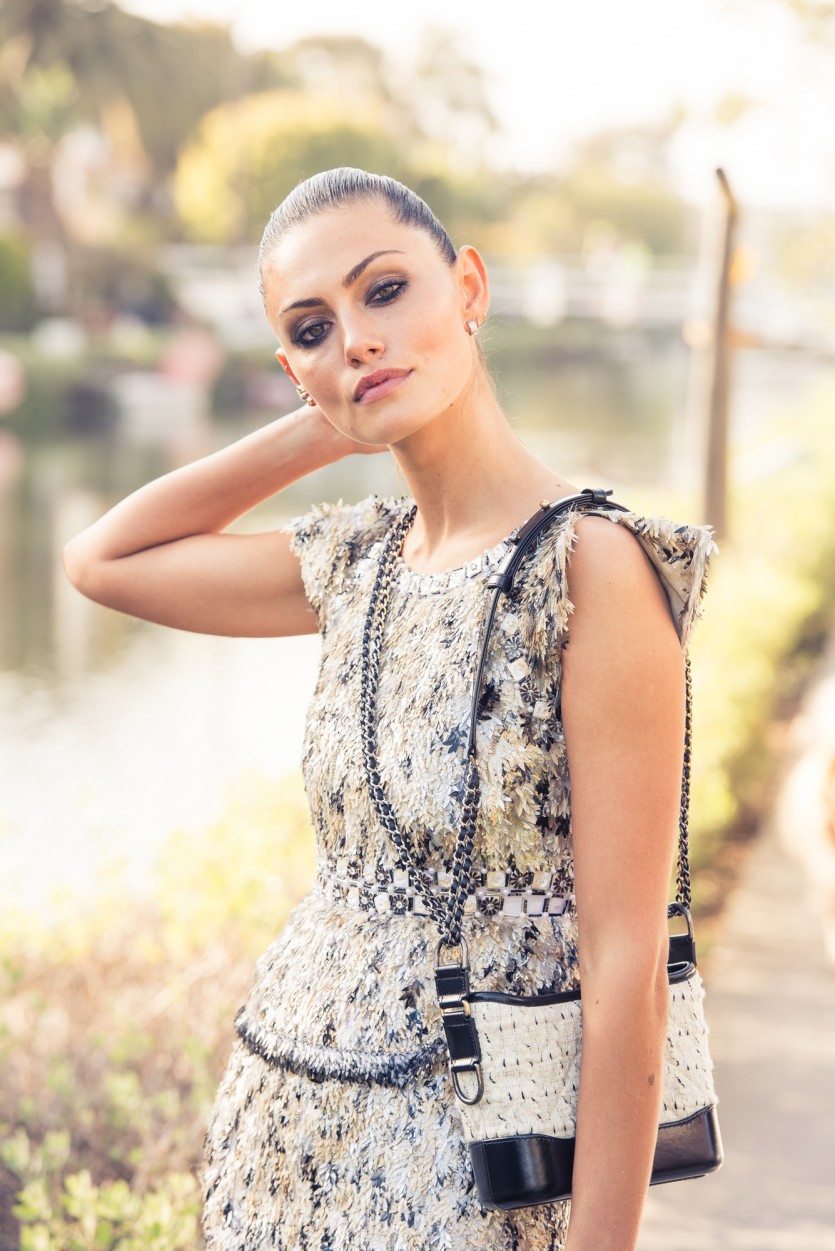 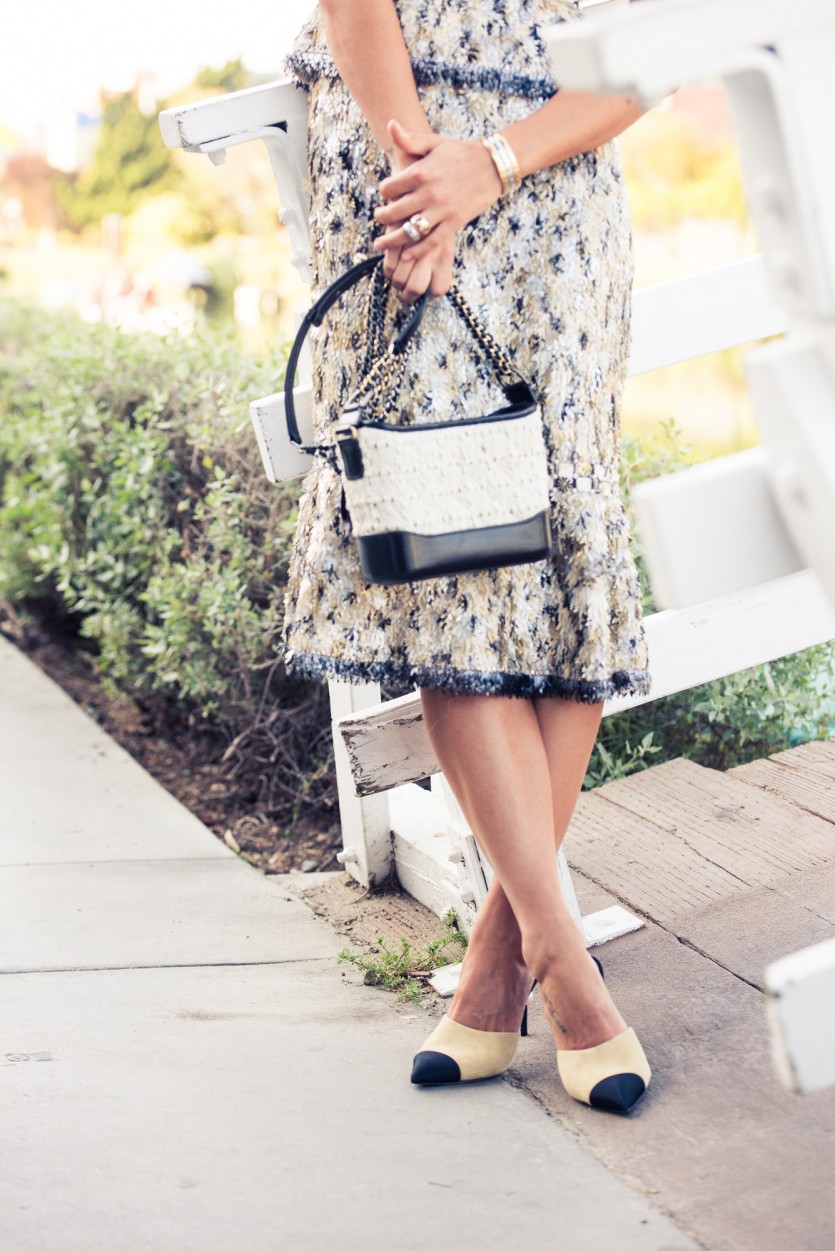 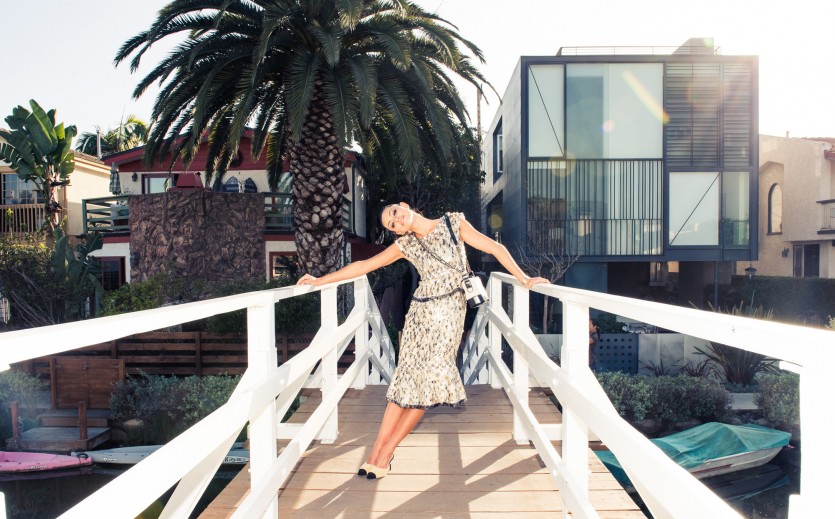 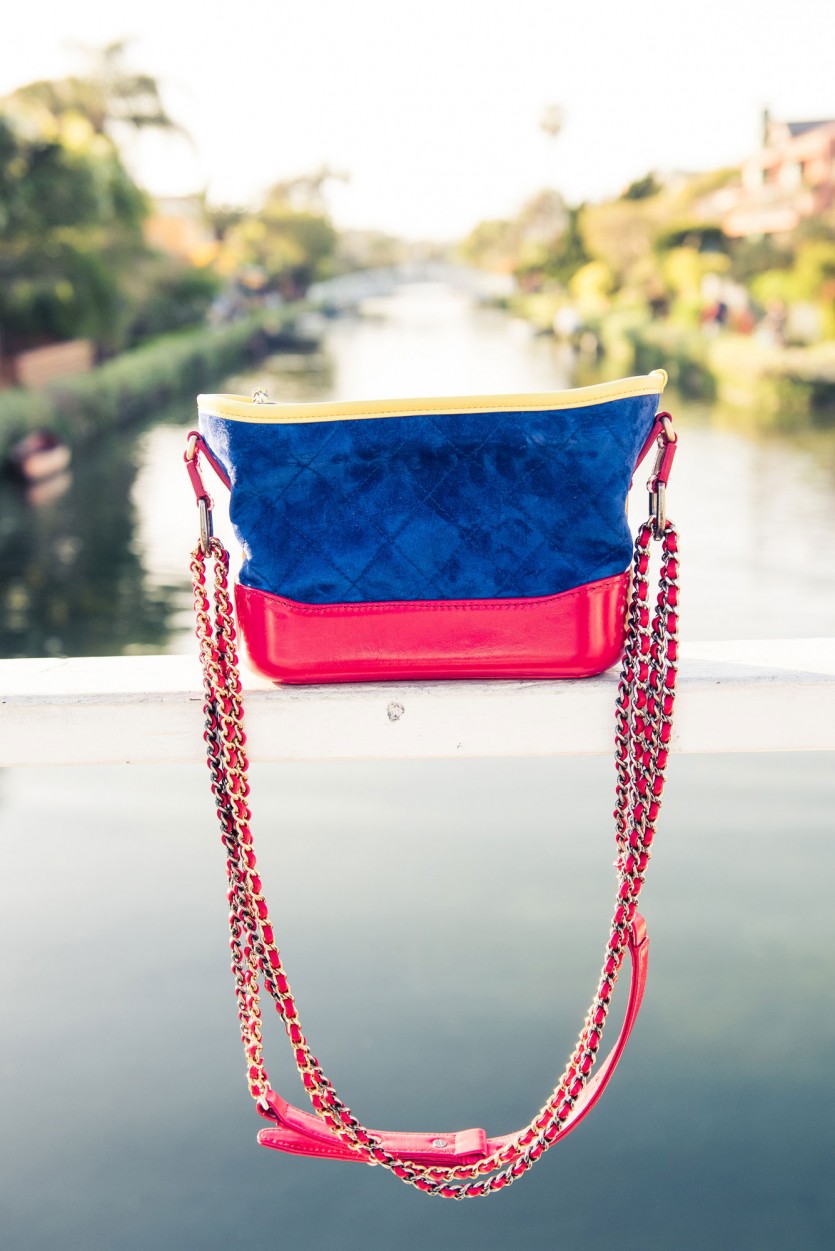 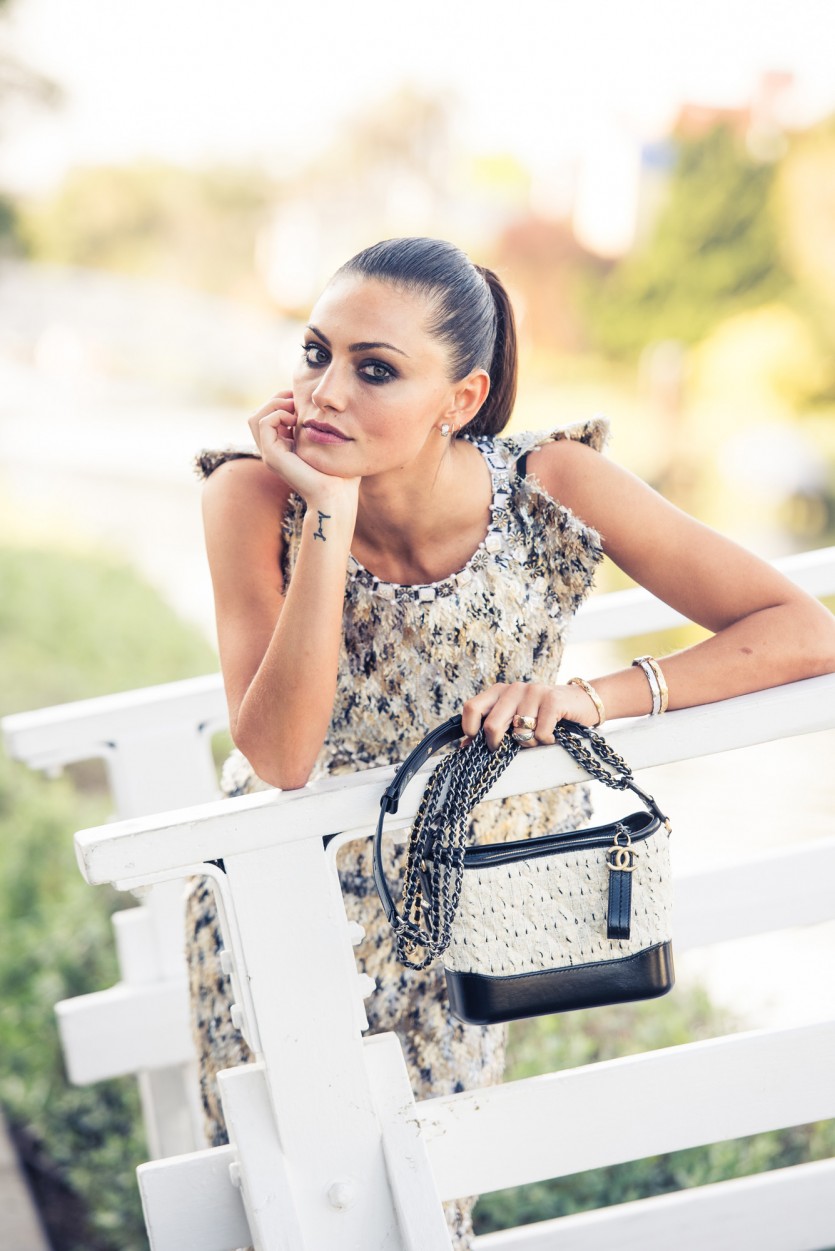 After a rather spiritual morning spent with Stormi, we went to the other side of town—Venice Beach. Armed with Coveteur-alum Phoebe Tonkin, we walked between the canals and the beach filled with tarot card readers, graffiti, and rollerbladers galore—it doesn’t get more L.A. than that! Below, Phoebe’s take on Coco...

“I think she would wear it across both shoulders, as she is a woman on the go, and wearing it this way allows her to move comfortably from fitting to meeting to cocktail party.”

“Gabrielle was a big advocate of the arts, so I would like to think she would be friends with strong, creative women like Sam Taylor Johnson and Sofia Coppola, and intelligent, powerful women like Arianna Huffington.”

“A morning horse ride in the canyons, a coffee and a pastry and a newspaper in the sun, and a dinner
at my house with lots of beautiful red wine and local ingredients.” 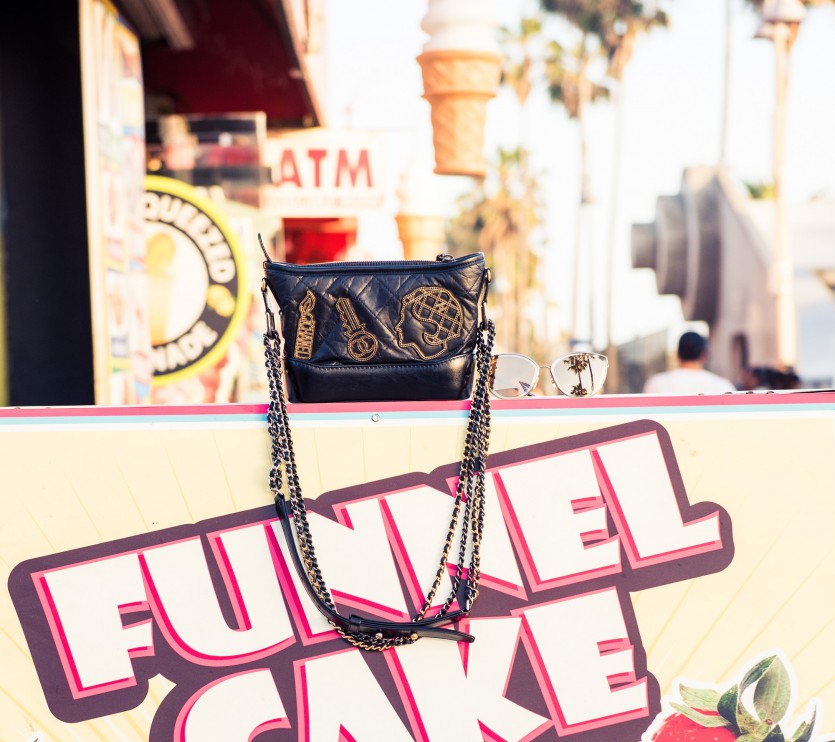 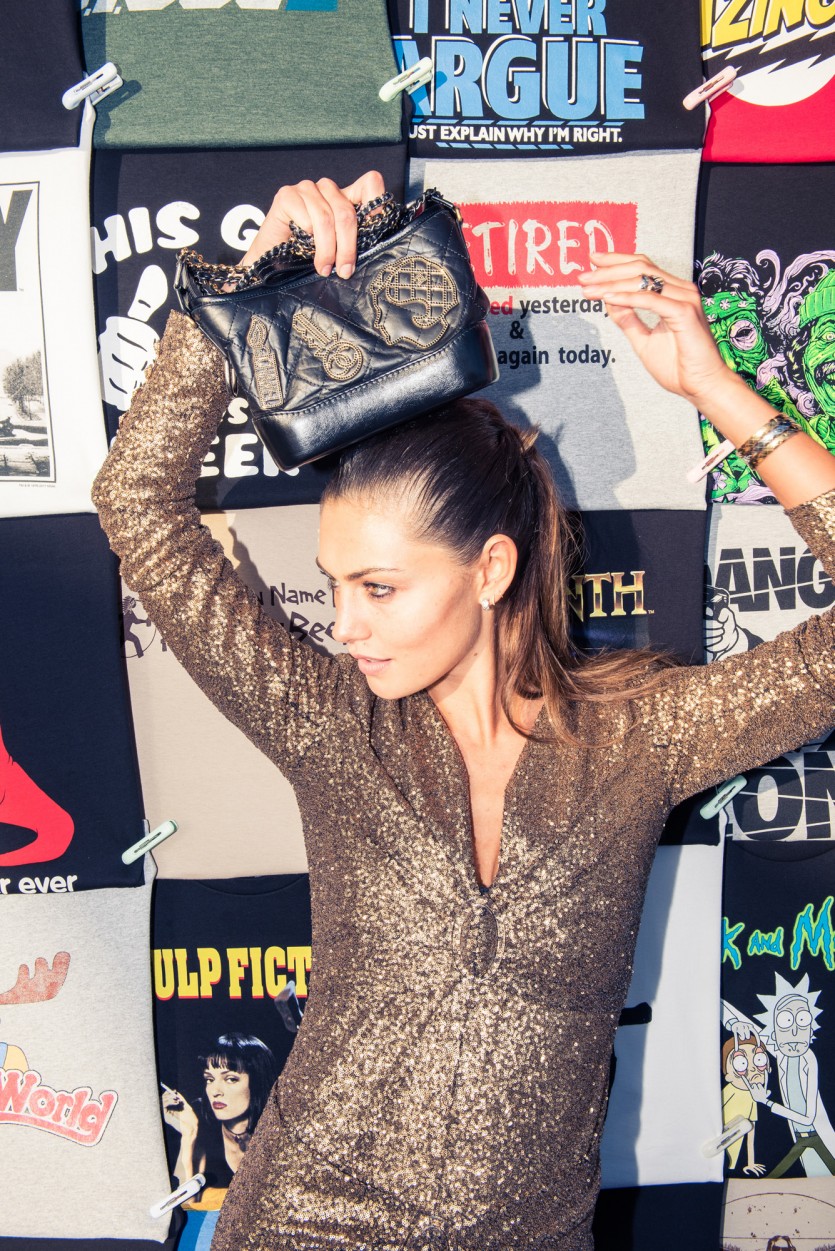 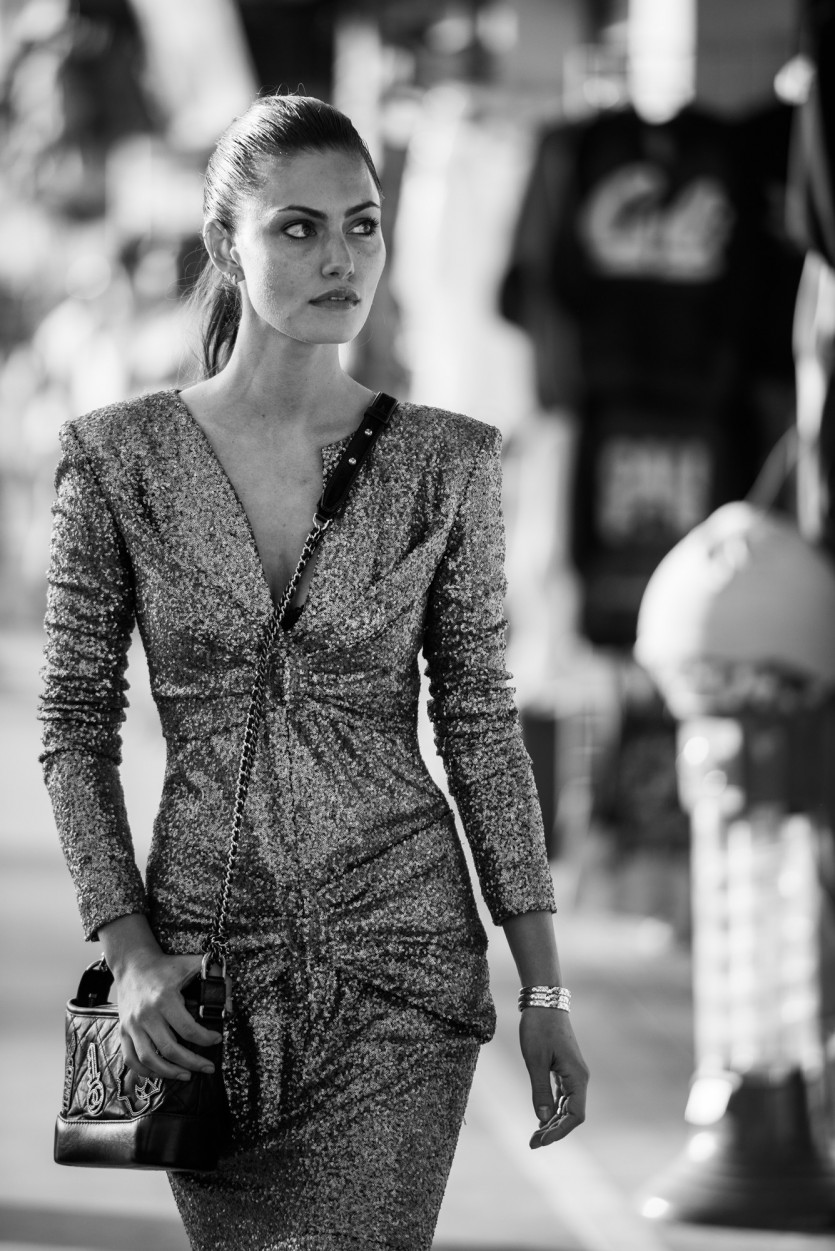 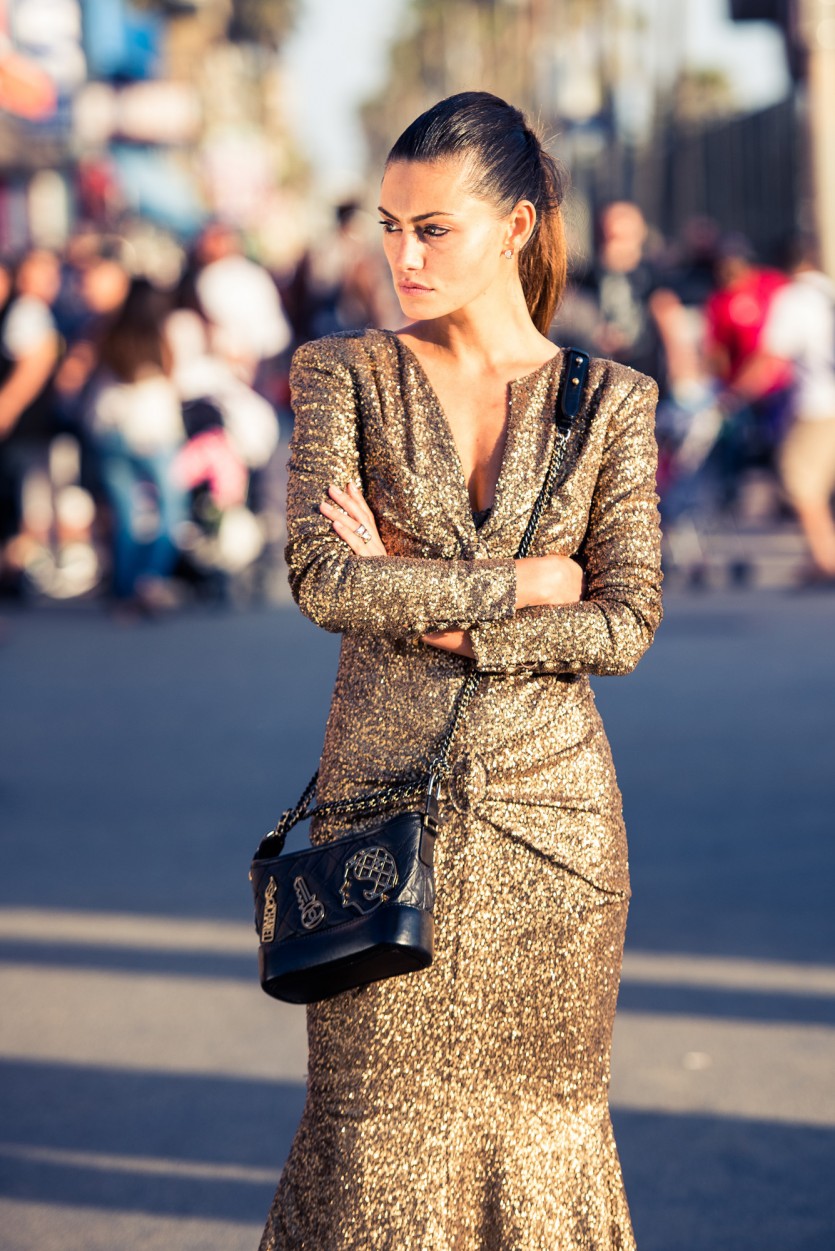 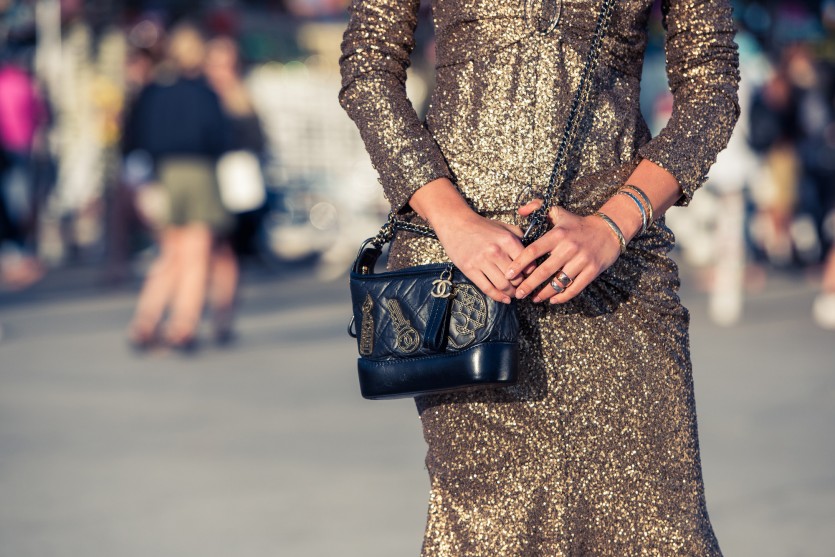 “Gabrielle Chanel was a real pioneer in terms of feminism. She was before her time in terms of being a strong, educated woman who didn’t let the men in her world dictate her views or actions.”

“I can imagine her wanting to host dinner parties in the Hills of Hollywood, looking down on the beautiful lights in the evening.”

“She wouldn’t drive. She would be driven.”

Clothing, beauty, and accessories all CHANEL