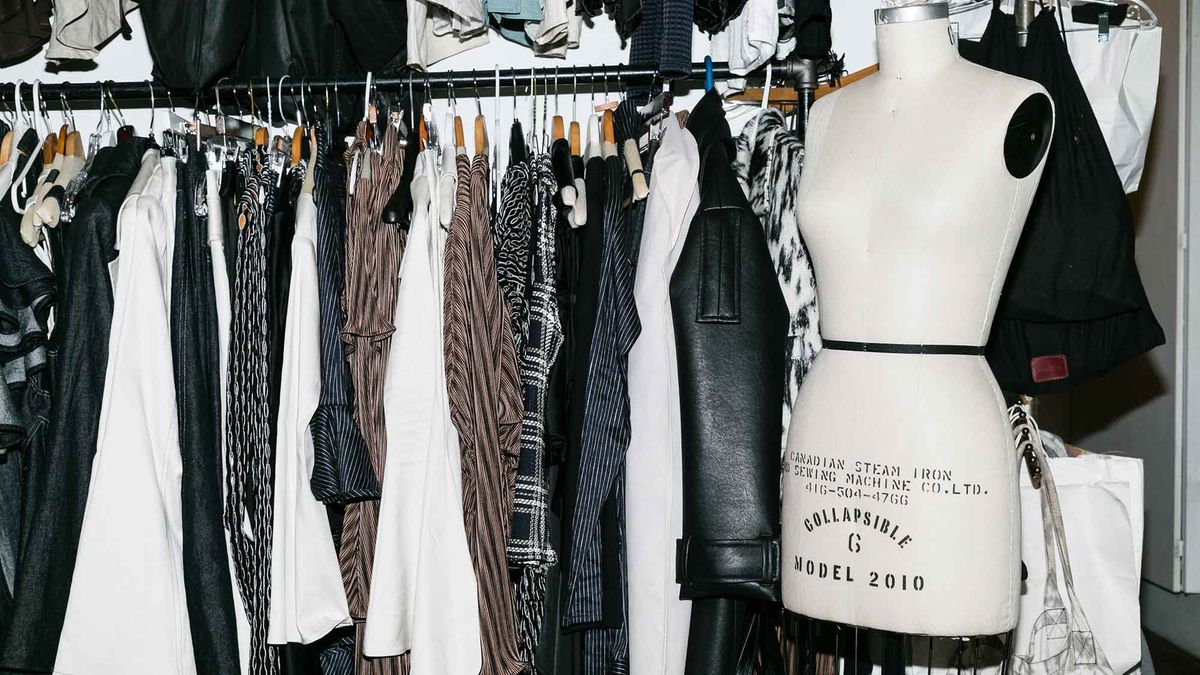 One writer breaks down the many contradictions of an industry in flux.

By all accounts, Canada is having a moment right now. In the eyes of the internet, we’ve become ultra-cool on account of our hunky, feminist, pro-weed Prime Minister, Justin Trudeau (read: the anti-Trump), and Toronto can’t stop staring at its own reflection in every single Drake song. Meanwhile, our metropolitan hubs continue to rank high on The Economist’s “world’s most livable cities” index, and The New York Times ranked Canada as the number one place to visit in 2017.

On Friday night, the fourth annual CAFA (Canadian Arts and Fashion Awards) was its biggest yet, featuring appearances by Coco Rocha, Erdem Moralioglu, Grace Mahary, Jason Wu, and nonagenarian fashion icon Iris Apfel. The awards paint a pretty swanky picture, but they also represent a bit of a question mark: What’s going on with Canadian fashion is confusing af.

We’ve produced our share of internationally renowned fashion design talent—Erdem, Tanya Taylor, and Dsquared among them—but they’ve all left the country to make it to the top. Our First Lady proudly wears homegrown designers, exposing relatively unknown names globally. Those up-and-coming names, however, still struggle with a lack of centralized support or government funding. In the last few years, major retailers including Nordstrom, Saks Fifth Avenue, and Uniqlo have courted us and set up shop across the country, only to deepen the competitive field for local retailers. Most confusingly, perhaps, our local fashion weeks have imploded, splintering into a handful of competing events with competing M.O.s.

Part of the splinter could be differing views on what Canadian success means. For the most part, the old guard preferred to keep Canadian fashion a locally focused endeavor. Where CAFA differs is in its unabashed plea for international attention. “Our main mission is to create global awareness of the Canadian fashion industry and to create economic development opportunities,” says Vicky Milner, CAFA president. “The more awareness we can bring to our industry and the more connections we can make [will bring] business opportunities to the forefront.”

Then there’s this competing pervasive notion that you need to get out of Canada to make your mark, and that’s been proven true by the Canadian-born, internationally successful talents mentioned above. “You have the major leagues and the junior leagues. Canada is not in the major leagues of fashion,” says Business of Fashion founder Imran Amed, who was in town to accept the Vanguard Award at Friday night’s gala. “The way I encourage smaller markets is that they should be thinking of their communities as training grounds to reach the major leagues. If you really want to have an impact on global fashion, you have to get out of Canada. You have to go and integrate where the business of fashion happens. And that’s in New York, Paris, London, and Milan.”

Most recently, the post-gender designer brand Vejas has bucked the entire Canadian system all while maintaining a studio in Toronto’s Chinatown, instead opting to show in New York and Paris. “We’ve never done anything in Toronto because it’s not an international player yet. The schedule is really off for the market. It doesn’t really make sense from a functional standpoint,” partner Saam Emme said. Last summer, Vejas was awarded a special LVMH prize, worth 150,000 Euros and a year of mentoring from the massive luxury conglomerate.

On the flip side, designers like Beaufille, Sid Neigum, and Accessories Designer of the Year winner Jenny Bird prove that staying local doesn’t always spell trouble for a growing brand. “We have been working and developing our business from Canada since we started,” say Beaufille designers Chloe and Parris Gordon, who took home the award for Best Womenswear Designer and are beginning to gain international traction with major retailers like Net-A-Porter and Intermix. Speaking on their CAFA win, “Hopefully it gives young and skeptical designers (as we were) the confidence that a globally recognized brand really can be developed while being based in Canada.”

But it’s also an identity thing. When you think of strong secondary markets like Germany, Japan, or Australia, each conjure a very specific aesthetic. “There’s no Canadian mold,” says Dexter Peart, co-founder of the Montreal-based accessories brand Want Les Essentiels. “The only one I go back to is this middle ground between Europe and America. There is an element from a geographical standpoint that leaves us in the middle of those influences.” For lack of a better descriptor, Canada is all things, which is apt when you think of its collective open-minded attitude towards things like immigration and diversity.

“When you go into the international markets and you see something different than anything else, you’re so excited to see it. Yet ironically, when you’re here, you poo-poo it,” says Nicholas Mellamphy, a fashion retail consultant and former creative director at The Room at Hudson’s Bay. “I think it’s important for a designer to have a voice that is unilaterally their own, but you need to be able to break through to do that.”

It’s partly a perception problem, and this is something you’ll only understand if you’re Canadian: we need your stamp of approval. As stereotypically spotlight-averse as we are, we need to know that you think we’re cool. More importantly, we need your business. “I do believe that internationally, if buyers thought something really great was coming out of Canada, things would change,” says Byron Peart, the other half of Want Les Essentiels. “The most important thing a young designer can do is to hone their own voice. Find a strong point of view for the local market and the international market—and don’t keep them separate.” World, meet Canadian fashion already.