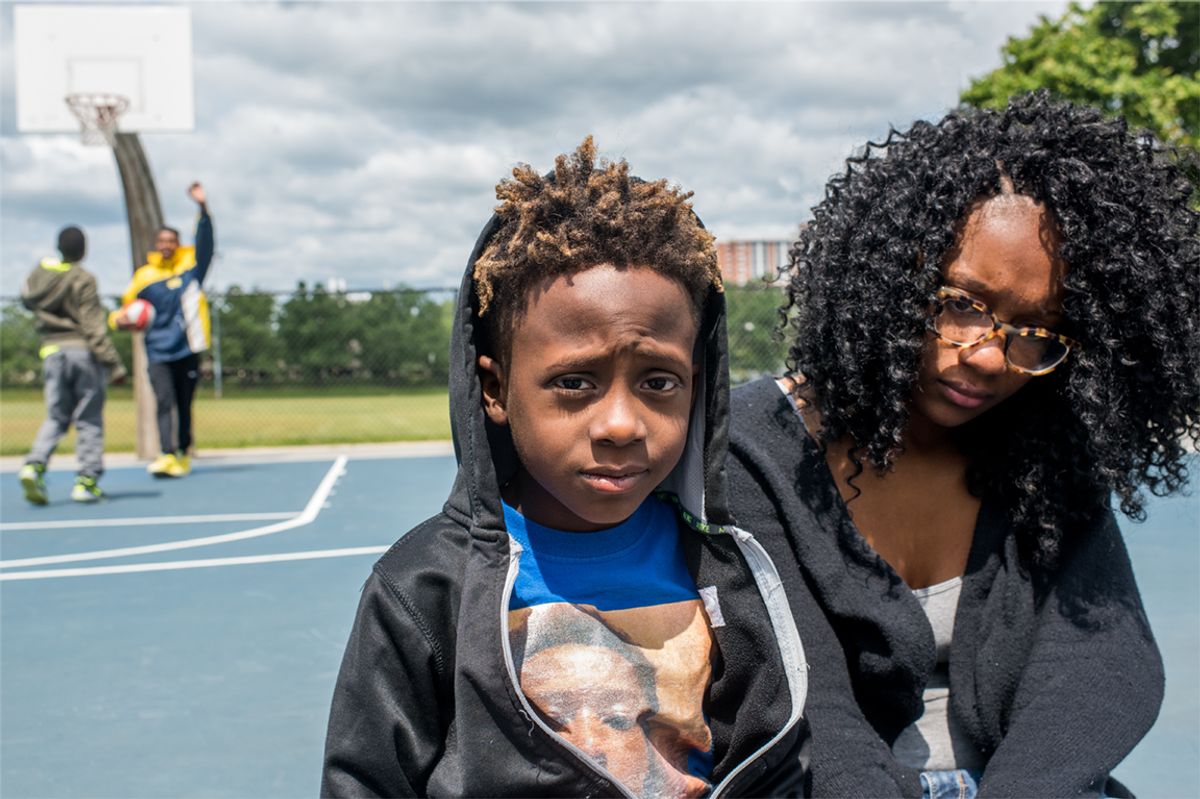 Meet the Man Fighting to End Gun Violence through Photography

Joe Quint has traveled the country capturing the stories of everyday Americans who have been impacted by gun violence.

As a member of the organization, father and photographer Joe Quint has devoted three years of his life to capturing and sharing the stories of the women, children, and families who’ve been affected by gun violence for his project It Take Us. We spoke with Quint about his journey—and why art can be one of the most powerful instigators for change.

All about “It Takes Us”:

“Fortunately, unlike so many people I photograph (many who’ve become accidental activists because something tragic happened to them or their family) I’ve never been personally impacted by gun violence.

“But after the shooting at University of California Santa Barbara, I had my tipping point. I said to myself that I can’t be the type of person I want to be and not have any skin in the game. I can’t like another Facebook page or sign another petition and pat myself on the back for being engaged. I needed to really get involved. And the way that comes most naturally to me is through photography and through storytelling.

“So I set out to find people who have been impacted by gun violence, and it sort of evolved through that.”

How long he’s been working on the project:

“I started about three years ago, and I think I’ve photographed probably about 55 different stories. And that’s from people from all around the country. I wanted to show diverse stories in both the types of violence and the types of people it affects. Because it really does cut across age, gender, race, and economic situations. Despite what the media narrative is—which is that gun violence is about Chicago, Detroit, Baltimore, and New Orleans—it really is a nationwide story.”

The biggest misconceptions of gun violence in America:

“There are about 32K gun deaths a year in this country, and what most people don’t know is that about  two thirds of those deaths are suicide related. They’re not the type of violence you hear about mass shootings in churches. Suicide is the result of easy access to guns to people who are in unstable and compulsive movements in their life. Many people who attempt suicide in other ways go on to survive—they get help, they recover, they live full lives. A gun takes that second chance away.

“Another is that a woman who is a victim of domestic violence is five times more likely to be killed if her abuser has a gun in the home. It’s a complete myth that a gun offers a woman protection from her abuser. It’s far more likely that it will be used against her. The NRA will say ‘we want women to protect themselves,’ but the reality is that it is way more harmful than it is beneficial.

The common thread between those who’ve been affected by gun violence:

“First off, so many of these deaths are completely preventable. But when there’s anger involved, when there’s negligence involved, it leaves a bigger mark on the people left behind. That’s one thread.

“Another one is the ability to get out of bed in the morning. I will always be impressed by the ability of some [of] these people who have been through such horror. They get up, they take care of their families, some of them fight for change in the name of those they lost. They go on to be ordinary, everyday people, and they go on to do amazing things that are changing the world.”

On staying grounded and practicing self-care:

“Unfortunately, I’m not very good at what they call ‘self-care.’ And everyone tells me that I should be better at it for my own health and sanity. It’s a blessing and a curse. If I wasn’t the type of person who could get so emotionally connected to these stories and these people, I couldn’t make the kind of photographs that I’m able [to] make.

“The stories stay with me. For instance, I’ll never think about July 4th in the same way again. For all the people I photograph, July 4th is a horrible, PTSD-filled day because the fireworks, for them, resonate as gunshots.

“I’m forever changed by that.”

Why show this collection in New York City?:

“New York City has very good gun laws. But the NRA has spent $30-$40 million to get Trump elected—more than they’ve spent on any other candidate. And they have a long Christmas list of things that they want in return.

“First, they want what they call ‘Conceal Carry Reciprocity.’ That means if you have a permit to carry a gun in your home state, you can come to a state like New York and carry a concealed weapon. So if the state with the weakest gun laws gets to dictate the policy in some way for every other state, the lowest bar to entry becomes the law of the land. That tourist from Tennessee could carry a concealed weapon in Times Square and not be in violation of any laws.”

About the exhibit in DUMBO and his work with Moms Demand Action:

“My goal for the project—I never knew what this thing would be. One thing I knew is that I didn’t want it just to be photography for the sake of photography. I didn’t want to pat myself on the back and say, ‘look, I had a gallery’ or a book. My goal for the project is about moving people from a place of inaction to action and telling a diverse story so that people can see the story of their own family in the story of other people.

“In 2016 you were more likely to [be] killed by a toddler than a terrorist. This is a uniquely American problem and an easily preventable problem. While I know I’m not going to change anyone who thinks I’m coming for their guns, this project is about people sitting on the sidelines to start taking some action.”

It Takes Us: Photographs and Stories of Gun Violence Across America