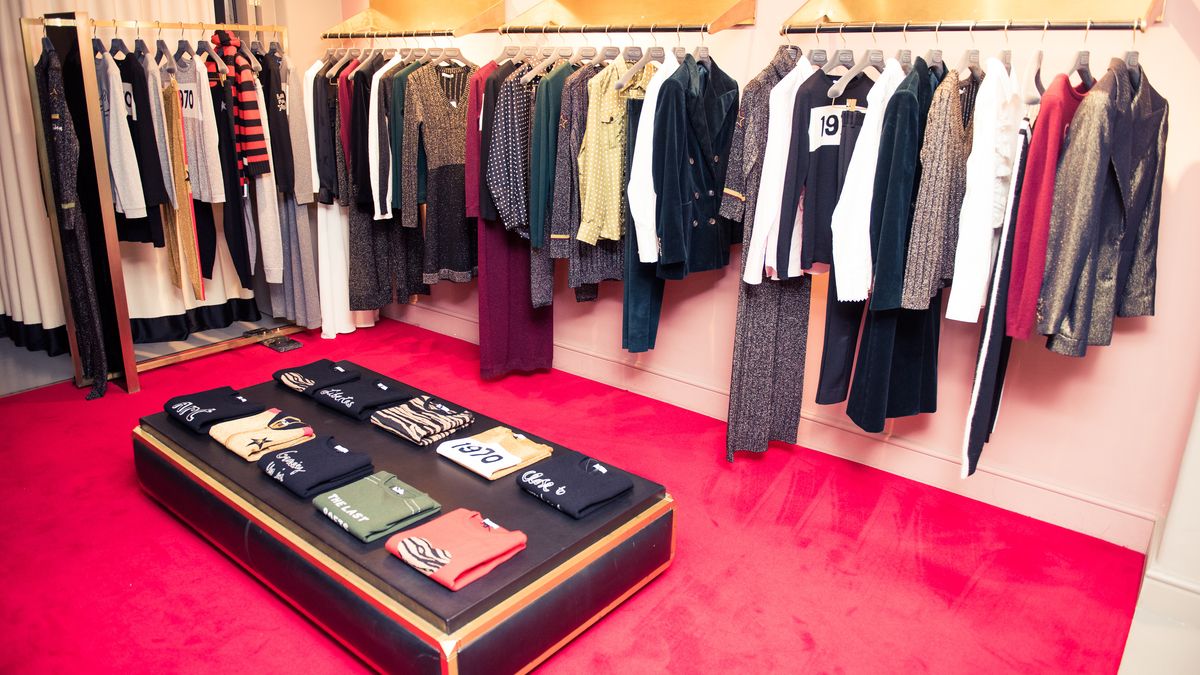 Bella Freud Modeled Her London Shop After Her Own Home

Complete with personal snapshots of Kate Moss with her father, Lucian Freud.

Even if you haven’t heard of designer Bella Freud, you’ve no doubt seen her work. The “Ginsberg is God” or “1970” sweaters she makes are nearly ubiquitous at this point, having been launched into our collective consciousness when Kate The Great herself was spotted wearing one. And then there’s the fact that her name is familiar, as in Lucian (her father, the painter), or Sigmund (her great-grandfather, the father of psychoanalysis).

Ignoring that last name for a moment, upon meeting her, you could be forgiven for assuming that she’s a rock goddess—she has that mysterious swagger and aura of deep cool that comes with that territory. And actually, you wouldn’t be that far off. Yes, now she primarily designs clothes, but she’s also directed films, worked as a journalist, consulted on other people’s collections—and we were too intimidated to ask, but we’re pretty certain that every one of her friends is a creative legend also.

Freud now has something of a lifestyle line, with clothing (and not just knitwear, but blazers, trousers, dresses, silk blouses, and on and on), as well as pillows, throws, scented candles and fragrances—all of it housed in her Marylebone shop on Chiltern Street. The shop itself was intended to feel like an extension of Freud’s home. And with her own personal collection of art on the walls, and an unexpected mix of paint colors, it definitely doesn’t feel like any shop we’ve ever visited.

Click through to see just what we mean, and to hear how you can make colors like pink, yellow, and red work in your own home.

1 / 28
“The brand has been going for a long time now, but I suppose I started in the usual way. I grew and experienced a lot of the usual problems that people who start their own brand independently do. I had a few run-ins with various investors, and then I scaled back in the middle of the 2000s.”
More From the series Interiors