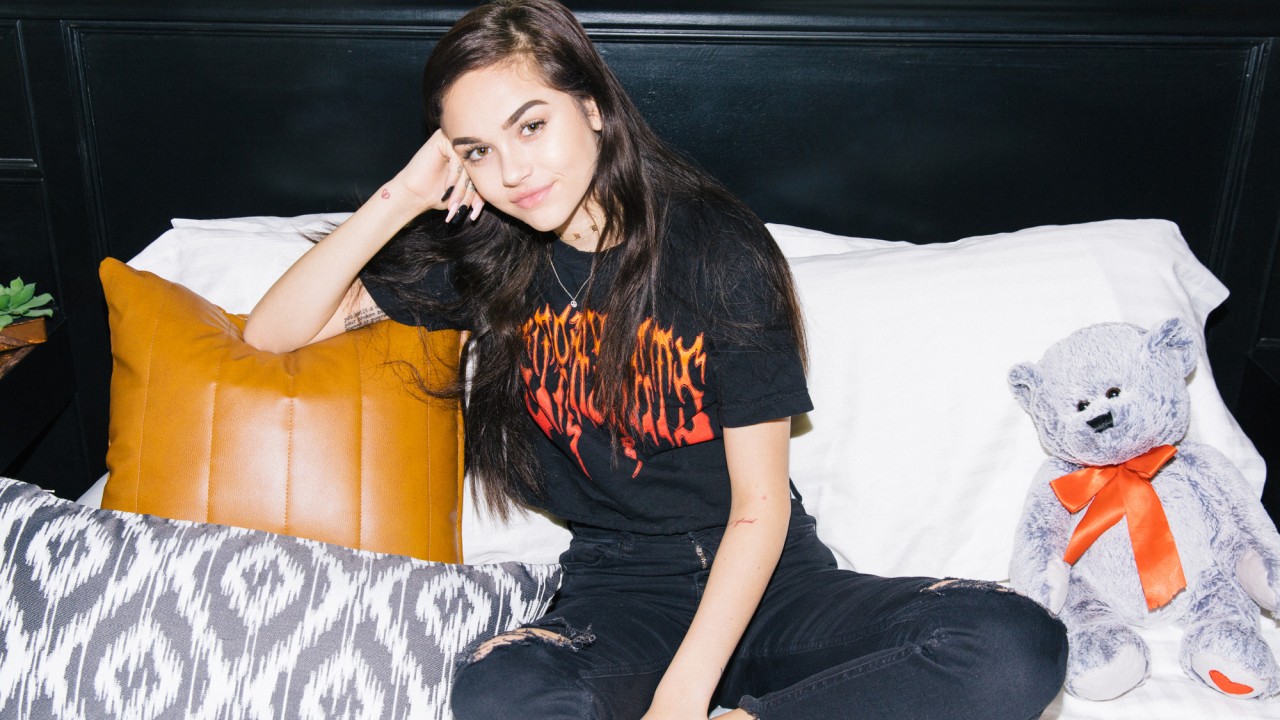 The "Pretty Girl" singer is *way* more than just an Instagram photo.

Most of us look back at our early Instagram days shamefully (heavy on the filters, not so much on the cute), but Maggie Lindemann always knew what she was doing. At 14 she discovered Instagram, tumblr, and keek, where she shared videos of herself singing. Those videos were then shared on YouTube, and bingo—she was discovered by her now agent, who flew her out to L.A. Four years later and she has 1.9 million Instagram followers and over 2.4 million views on her new music video, “Pretty Girl.” Yeah, we are just a *little* jealous that she never went through that whole awkward-phase-forever-immortalized-by-social-media thing...

But she doesn’t just have social media to thank for her crazy success. Her attitude towards handling the negativity that comes with immense social media fame and the meaning she puts into her songs are enough to prove that there is so much more to her than what people may initially expect. Maggie sites Lana Del Rey and Banks as influences, and it especially shows in the haunting vocals of her songs “Knocking On Your Heart” and “Pretty Girl,” with lyrics touching on loss and self-worth.

We had the chance to catch up with her before her performance of “Pretty Girl” at YouTube Space NY, where she talked to us about how burgers calm her down before a performance, the horror film she loves, and the meaning behind her 20 (!!!) tattoos. 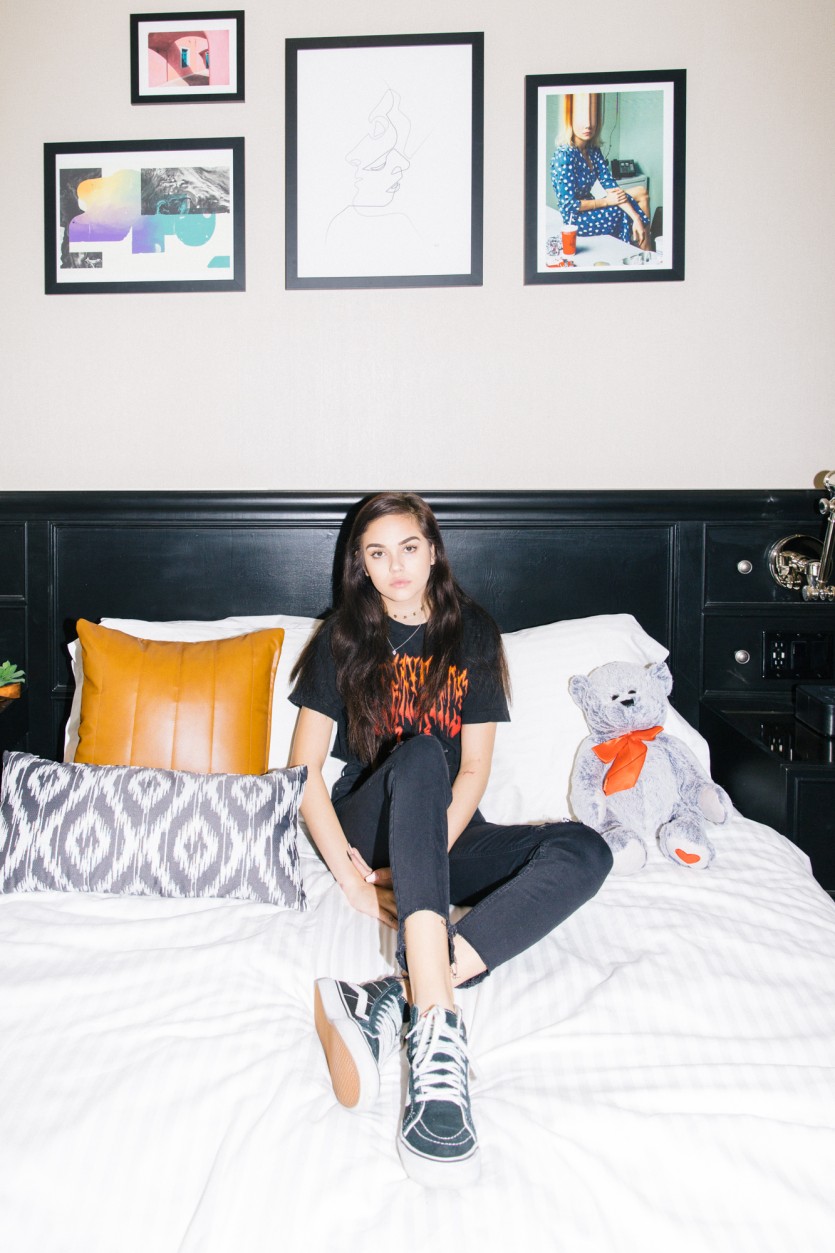 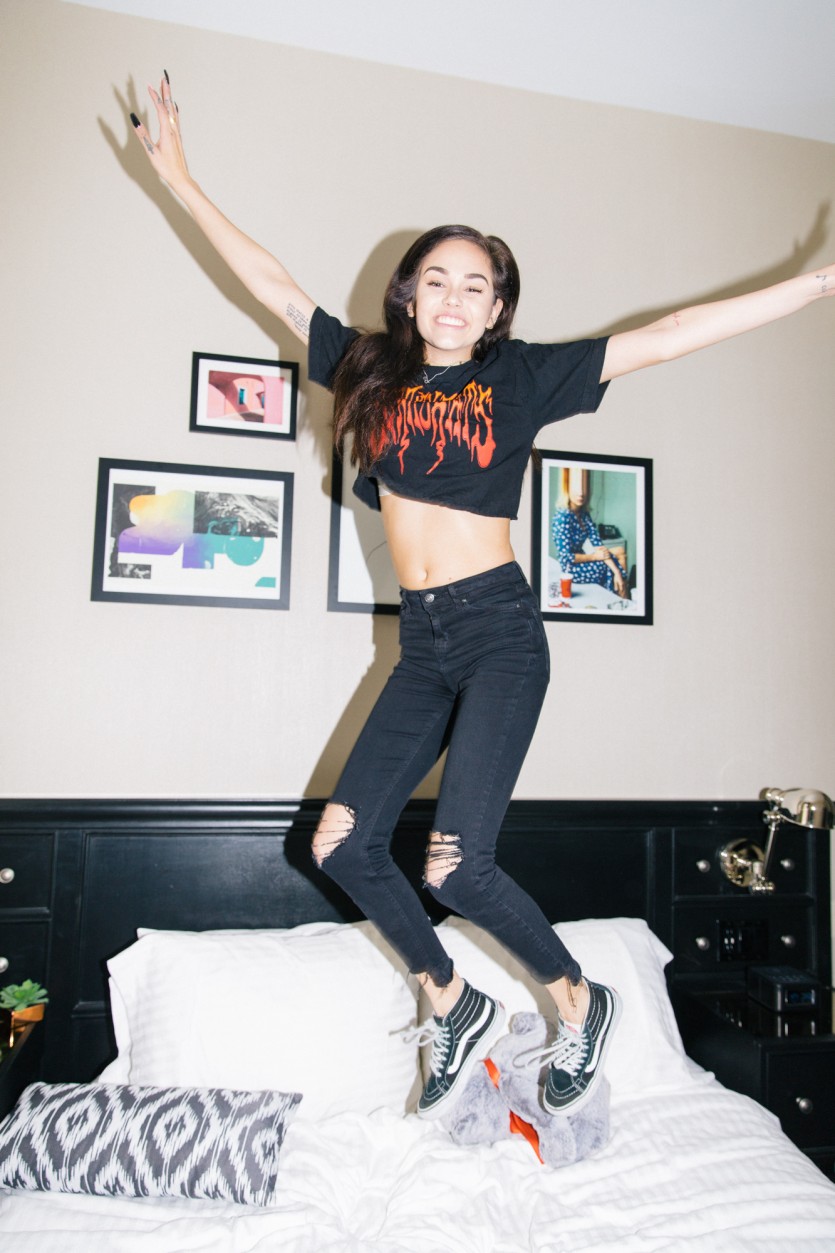 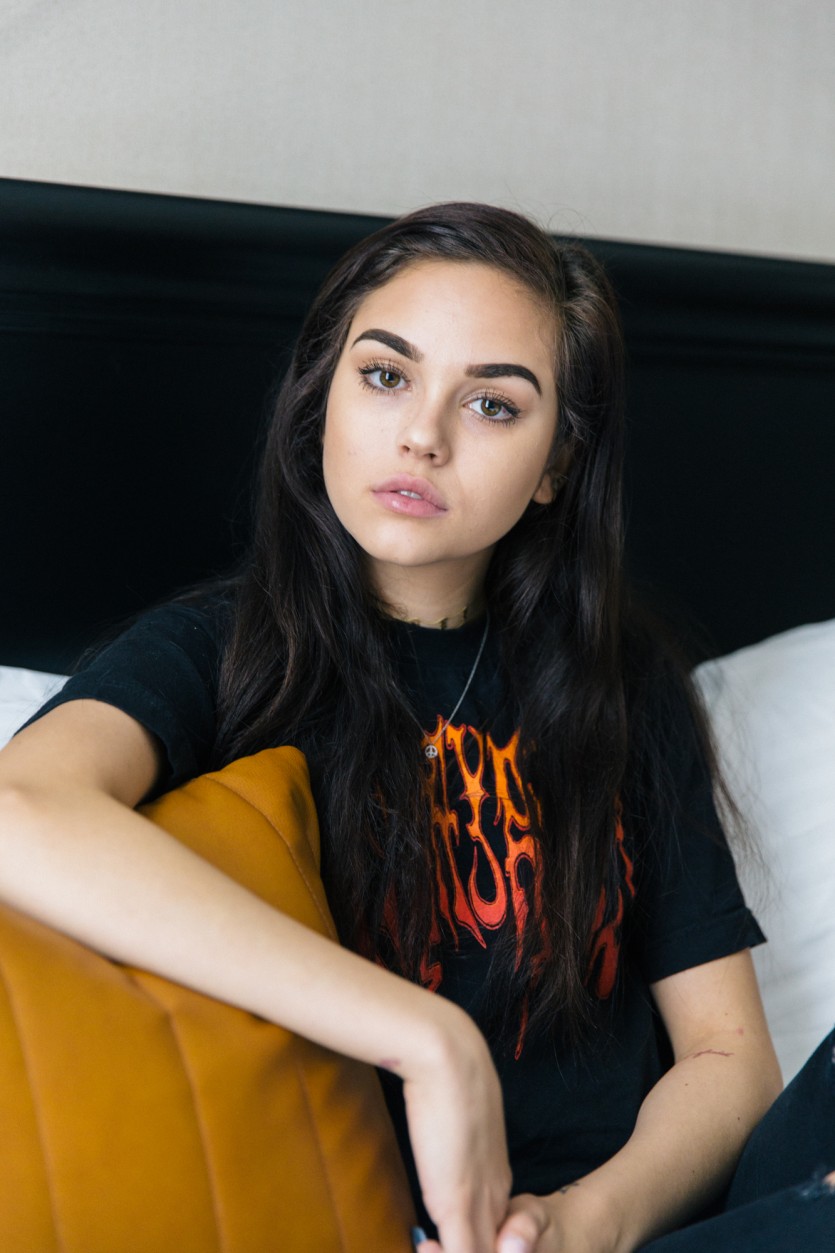 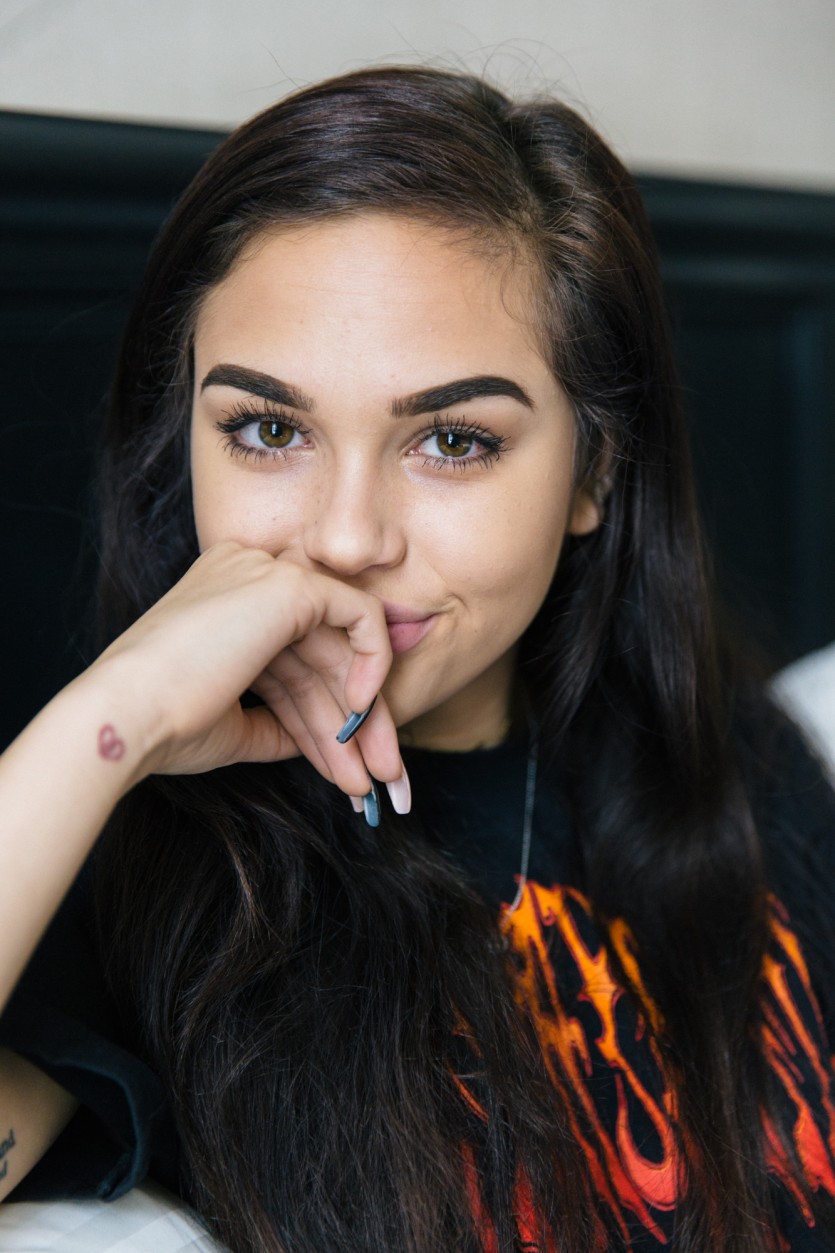 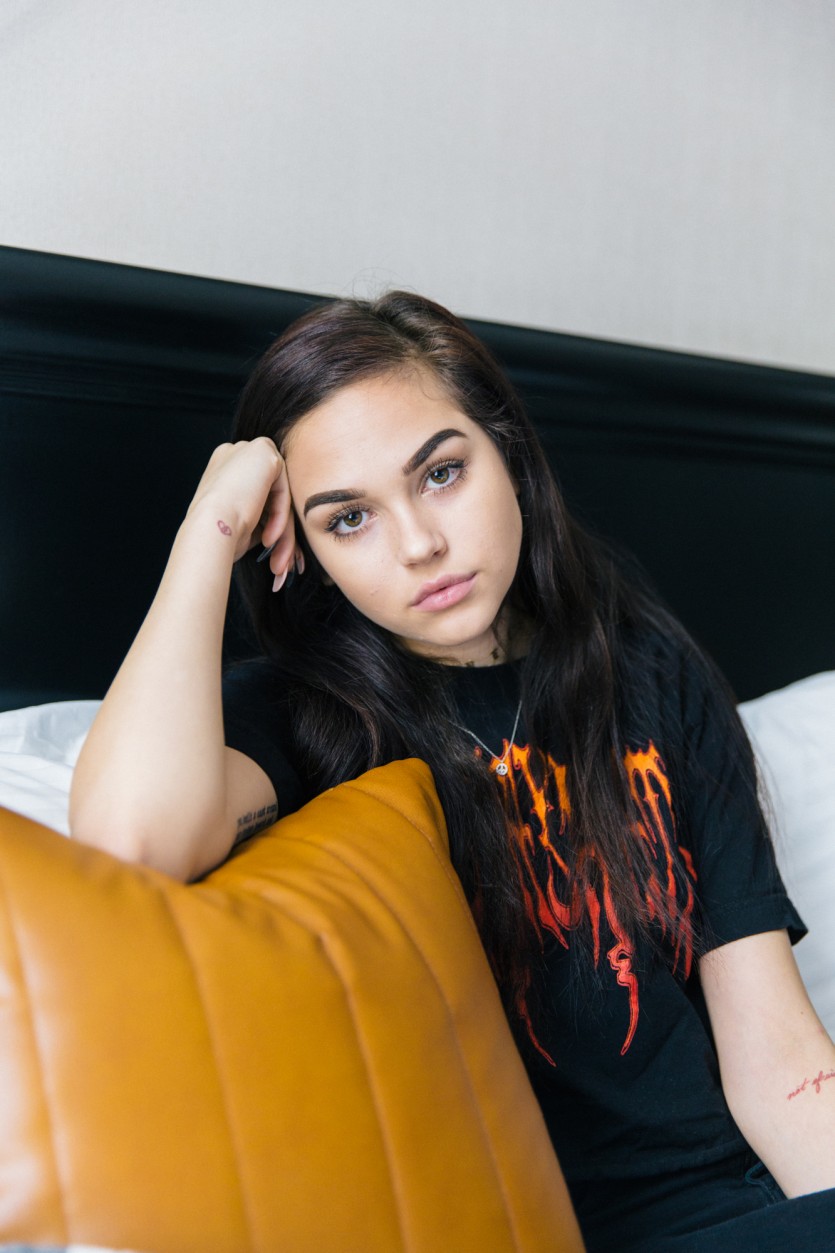 On handling the haters:

“They don’t really get to me anymore. I mean, little comments get to me because sometimes things hit a point, but for the most part it doesn’t really get to me like it used to. I think you just have to ignore it and tell yourself it’s not true. You know yourself better than these people; why are you letting these people make you feel a certain way? You always just have to tell yourself you are who you are and just give yourself a confidence boost when it comes to that stuff!”

The meaning behind the “Pretty Girl” music video:

“The video is about hanging out with my friends and these guys call us and make comments about us. We throw something on their car, and then we get arrested and not them. Then they put us into a mental institution and try to silence us. That is the whole thing, being silenced and not having a voice. That is a big topic right now, equality. I just wanted to show that we do have a voice, and if you want to use it, use it! And if you don’t, you don’t have to. I just want people to know to speak up if you need to and always stay true to yourself.” 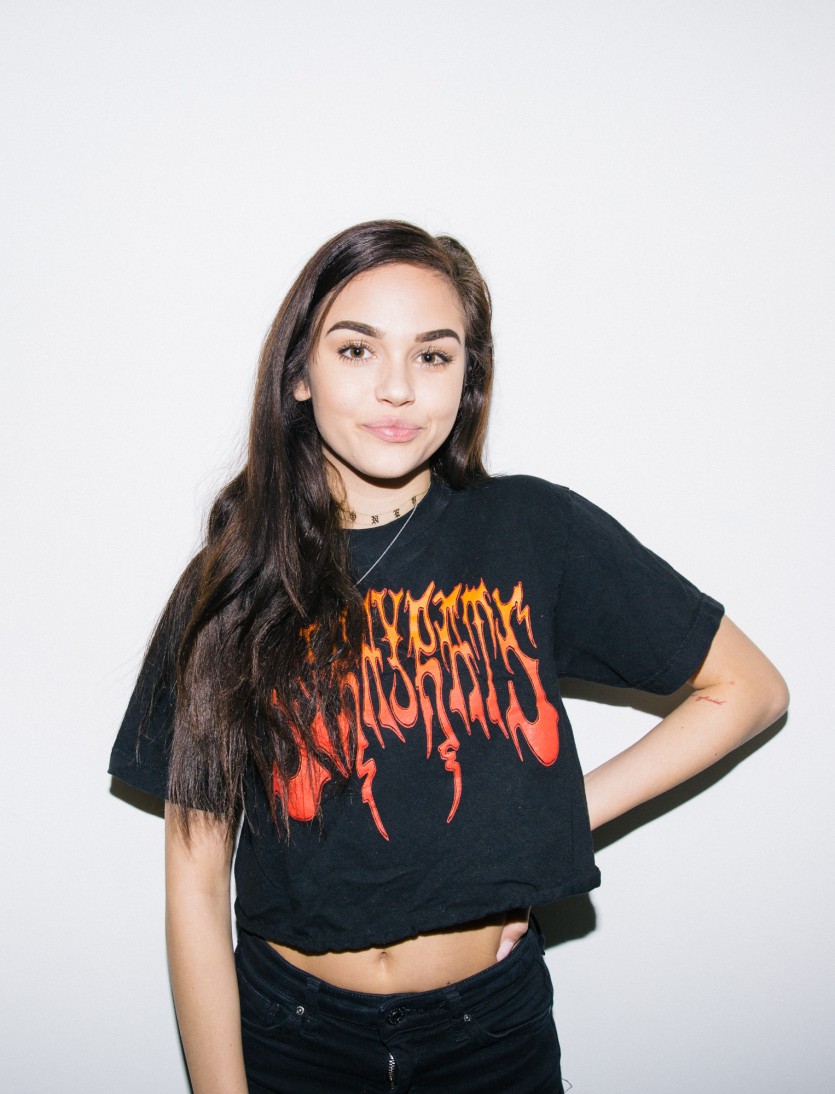 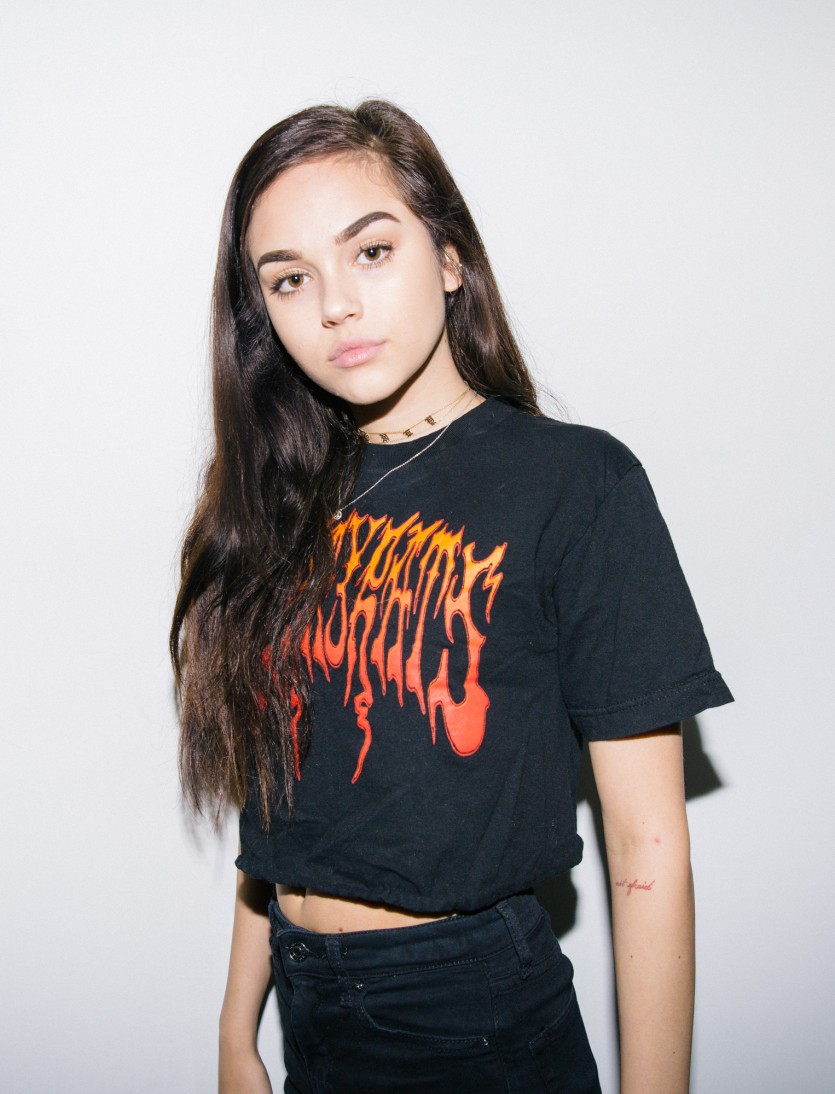 On how burgers are surprisingly calming before a performance:

“Sometimes I get nervous when I get up there, and I am like, ‘Oh my god, I am going to forget the words.’ I like to eat before I perform, always. Some people don’t like to eat before they perform because they think it messes them up, but I love to! I eat a lot of burgers! It’s like if I’m full, I don’t get that gut feeling!”

“I love Giorgio Armani, especially his foundation. It is so good, so silky, and it feels really good on the skin. I never do anything to my hair, I just leave it all the time. My hair grows really fast, and people always ask. I just put a lot of coconut oil in it, and I try not to straighten it or do anything to it a lot because that kills it. Just keep heat off of it!”

Why Lana Del Rey inspires her:

“I love Lana Del Rey. Ugh, just everything she is about, her style, her sound… everything. I love that she can be so mainstream but at the same time she is so different. She’s not even on the radio, yet she’s so successful. She has that carefree attitude. She doesn’t feel mainstream, and her music never gets old. Her first album is still my favorite! I always put on ‘Blue Jeans’ or ‘Video Games’ or ‘Ride,’ from her early album, when I’m getting ready.” 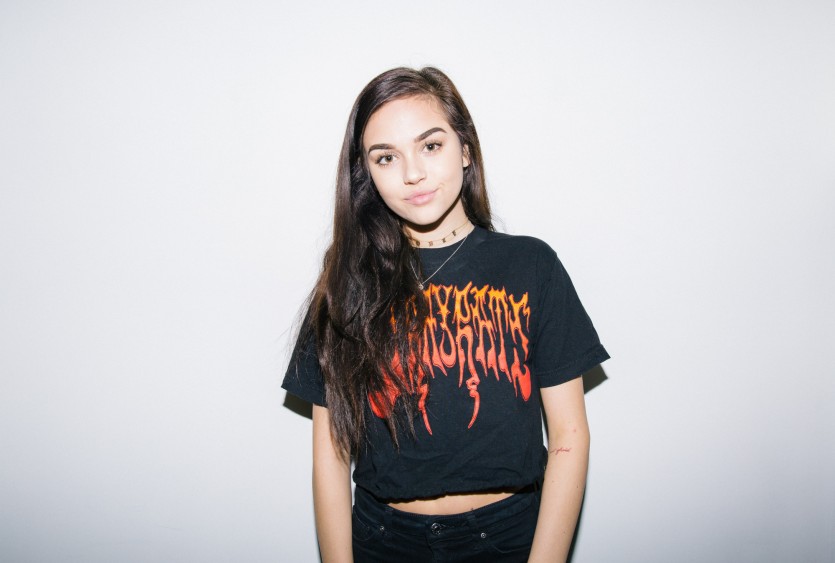 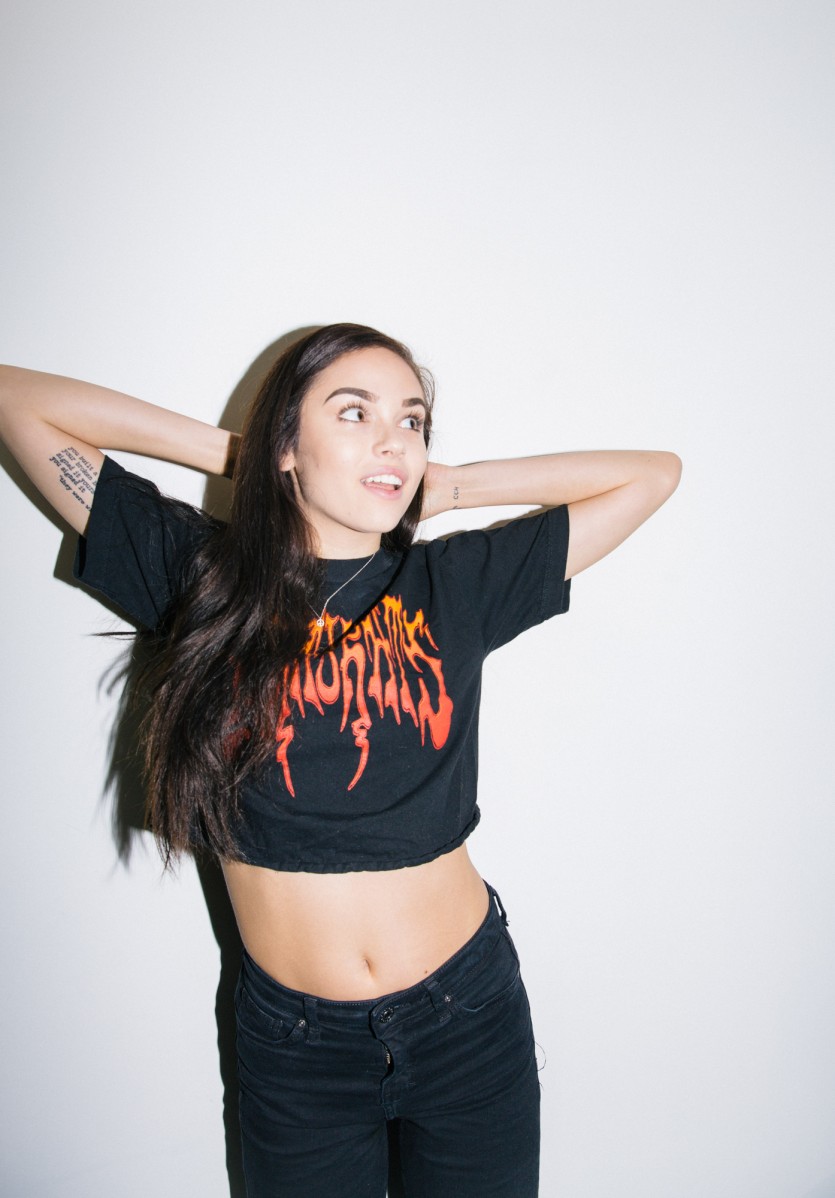 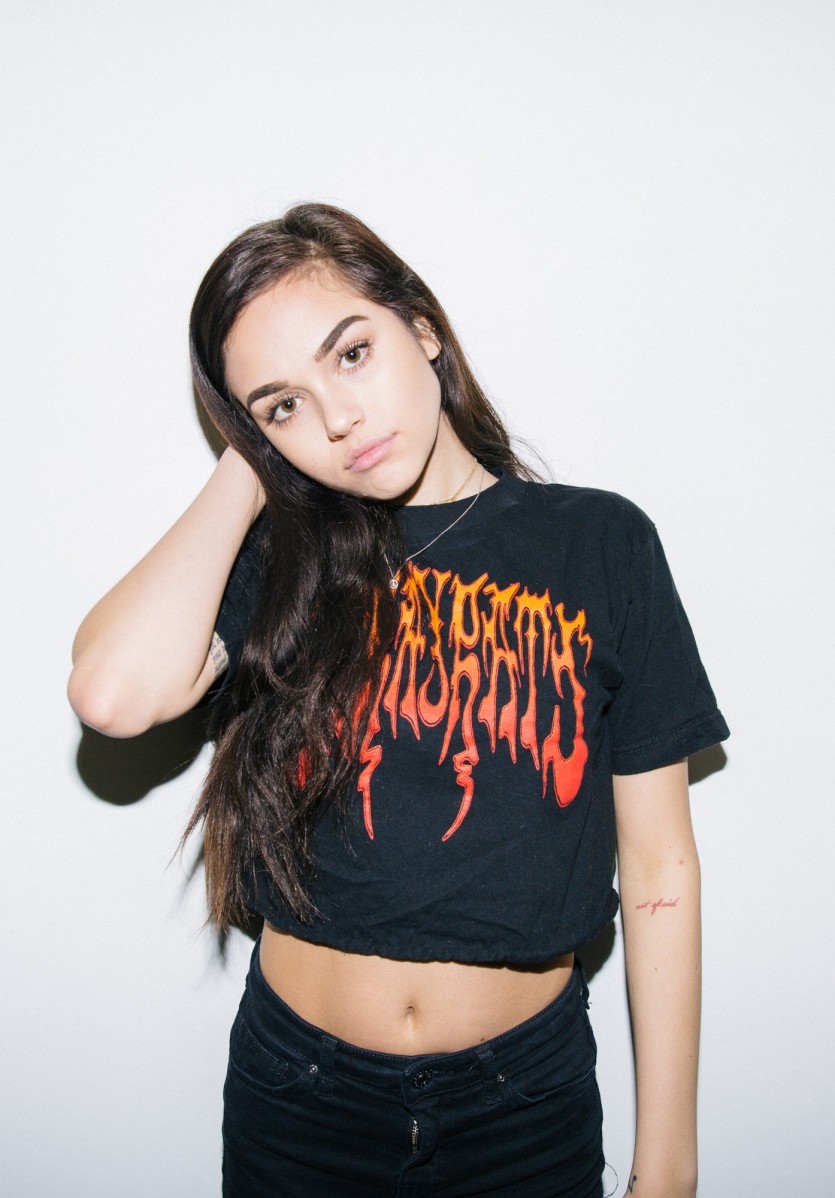 “I have 20! The one on my arm and on my back are both Shane Koyczan quotes; they are his poems. I am actually seeing him in a few days, so I am excited for that. I love poetry, and they are quotes that were there for me during a dark time. They stuck with me, so I was like, why not get them tattooed on me? My hand tattoos, like my ‘bite me’ one, are just because I love vampires. I want to get a fang tattoo, but I am just too scared to get a big artwork piece on me because I am so young still. Honestly, the space ones, I’m not really sure. I saw them on someone and thought it was the coolest thing I’ve ever seen. The stars because when I was young I thought Hollywood Boulevard was so amazing, and that’s where the stars were. The knife is because I have always been so big on horror films, I have just always thought murder cases and all that weird stuff is super interesting, and then the ‘X’ is just for my best friend and me.”

And her favorite horror movie:

“My favorite horror movie is probably Amityville Horror, but the old one. It’s a classic. When I was young, I always watched horror movies when I was little, and they never scared me. I was probably ten, and my dad was like, ‘This one is going to scare you,’ and I watched it, and [it] scared me so bad I didn’t watch horror movies for the longest time. Hush is also a good one.”