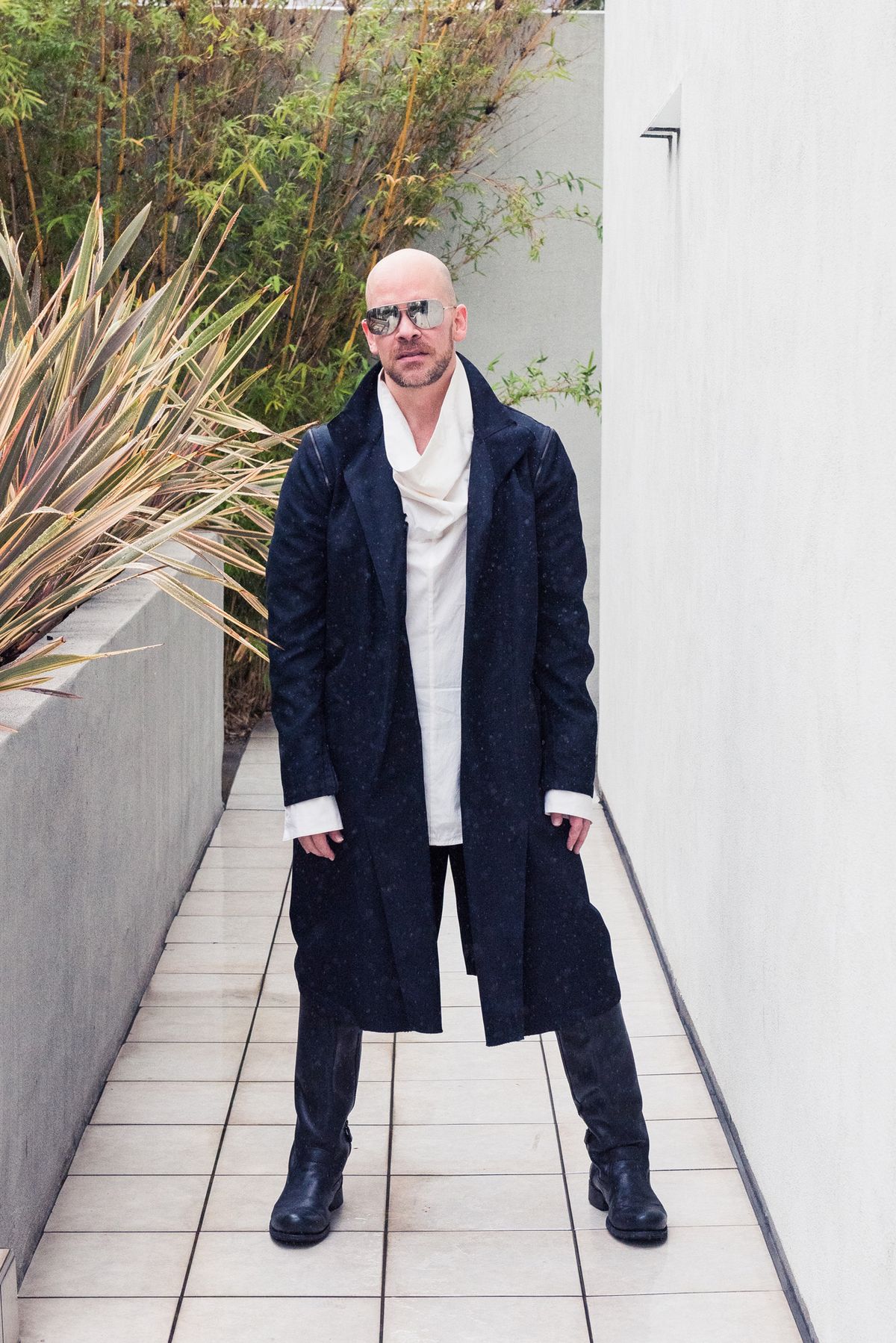 Grindr’s Creative Director Has a Thing for Rick Owens

Landis Smithers on collaborating with J.W. Anderson, collecting Hermès bracelets, and the power of men in cashmere dresses.

Meagan Wilson
Stephanie Mark
To say Landis Smithers doesn’t shy away from much of anything would be a massive understatement. In fact, as the creative director of Grindr (P.S.: he’s held similar posts at brands as varied as Old Navy and Playboy), an endlessly open-minded POV is all but written in his job description. And so it’s only right that he has the wardrobe (and home) to match. Right? By that we mean that Smithers’s appetite for the very finest knows no bounds. Look no further than his latest purchase as proof: “A Rick Owens cashmere dress, because you know, basics,” he said, shrugging, at his West Hollywood home. Ditto the “killer collection” of heeled YSL boots he snapped up “for a fraction of their value” (more on how you can attempt to do the same in the interview below). “There is something about a heel that imbues you with attitude. Men should learn that.” Amen. Turns out having his finger on the pulse of, well, everything, but especially fashion, has served Smithers well not just within the personal style realm, but also on the job. He’s the one behind Grindr’s recent partnership with J.W. Anderson (a designer he accurately described as “the future”), explaining the collaboration thusly: “We pulled it together in five days. You have to be able to take leaps of faith to have real impact these days.” Let’s just say it’s a maxim we get the feeling Smithers doesn’t just pay lip service to.
Closet

Grindr’s Creative Director Has a Thing for Rick Owens

Landis Smithers on collaborating with J.W. Anderson, collecting Hermès bracelets, and the power of men in cashmere dresses.