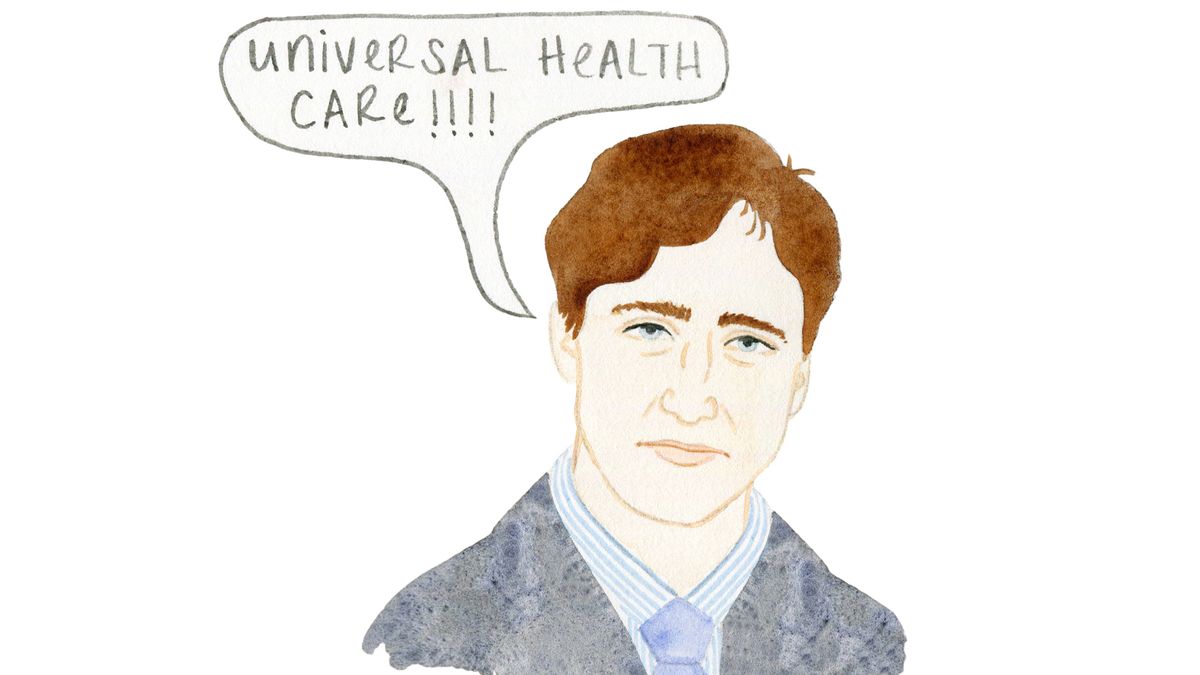 In an era of not-so-fake news and headlines so sinister,
It seems the internet’s obsessed with Canada’s Prime Minister.

Not that we’re surprised; he isn’t half bad,
It’s just kind of like the world having a crush on your dad.

So here goes our ode to our strip-teasing, people-pleasing PM
Let’s all put politics aside for a second and admit it: JT, je t’aime.

We just wanted to say thanks.
For giving us hope in a time of panic and angst.

We’ll never forget that in this time of need,
You came bearing tolerance, feminism and weed.

Sure, you’re imperfect. There’s been an uproar or two,
Much like Justins before you: Bieber, Timberlake, and Theroux.

But we just wanted to tell you we can’t get enough
Of the effortless windswept-iness of your pretty-boy coif.

Justin, what’s your secret? What pomade? What cream?
(Maybe he’s born with it. Maybe it’s the regime.)

But in all seriousness, we swear—it’s not just the kush,
It’s also panda-cub snuggling. And that meme-able tush.

With your mythically named children and wife at your side,
You’ve taught us French and acceptance (or, at least you tried and you tried).

Partisanship aside, the contrast in what comes out of your mouth,
It’s Canada’s Camp Counselor to the angry Cheeto down south.

Just a glance at the headlines—like, for instance, today:
“Trump Bans Muslims” while “Trudeau Views Musical ‘Come From Away.’”

So every time Don Don proves too much to handle
We remember the godlike wax figure to his melting candle.

World leaders: We see your receding hairlines, faces whittled with stress,
And raise you Trudeau: The PM that gave the whole world PMS.*

So on behalf of Canadian-identifying individuals, thanks for gifting us views
Of your former-boxer abdominals (hashtag, Tru news).

No presh, but we’re all counting on you to get us out of this slump.
But no matter what happens, just wanted to say thank you for not being Trump.

*Prime Minister Syndrome. Was that not clear?