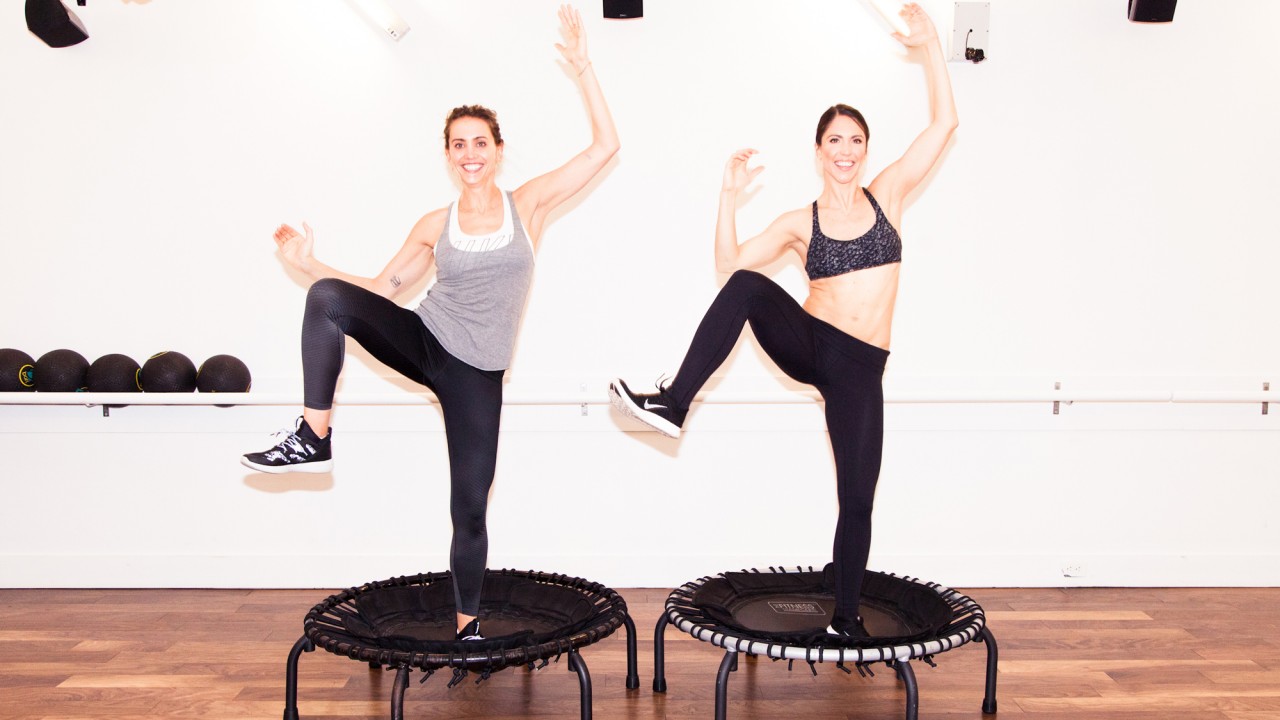 I Worked Out *Hard* for Five Weeks

How committing yourself to a routine can transform more than just your body.

I’ve already outlined my workout routine in detail here, and here, but just to give you a bit of context, my preferred exercise is a leisurely walk on a treadmill while watching something fun on my iPad, and three or four times weekly barre classes. I generally like exercising, but I don’t generally like exerting myself to the point where I’m actually, you know, sweating.

Anyway, here I was in late 2016 feeling kind of sad and weird about everything, when I got an email asking if I might want to try a workout/detox program at a TriBeCa fitness studio called Bari. The program is five weeks and includes a meal plan on top of individual fitness coaching and unlimited classes at their studio. “Sure,” I thought, “why not.” So I signed up.

My first entry point to the program, which they call “Failproof,” was meeting with my personal trainer, Tiffani, and having her slather a probe with “conductive gel” (aka lube) and rub it on different parts of my body to measure the fat thickness in each area (sounds gross, but it isn’t).

When she asked me how I like to work out, I launched into a five-minute rambly spiel about walking for an hour every day and doing an hour-long barre class. As I talked and fluttered my hands around in self-conscious circles, the degree of side-eye I got from Tiffani directly correlated to the degree of crazy in my explanation. Finally she said, “Wouldn’t you rather do one hard workout a day than spending all that time on it?” It was something of an aha moment, but not one that was entirely surprising (if this all sounds familiar, that’s because it is. Hi, welcome to life as Laurel Pantin). I realized that the number of hours I spent every week working out while not actually getting my heart rate up was verging on being unhealthy slash obsessive. So instead, I committed to Bari classes four times weekly but tried to keep it pretty much at that.

Then on to the food part—the first and last weeks of Failproof involve a detox wherein you cut a lot of things out of your diet and eat small portions at regular intervals, and the weeks in between focus on eating whole, healthy foods rather than the snacks I usually graze on. Because I sometimes go too far with that stuff, I just sat the whole meal plan aspect out. It prevented me from seeing a dramatic change in my body, but I was pretty happy with my body to begin with, so it’s fine.

And about the workouts. Bari is known mostly for their trampoline classes—which are surprisingly really hard, and really fun. Most of the instructors have some sort of dance background, so the classes are kind of dancey themselves. Over the course of an hour, you learn and repeat (and repeat, and repeat…) a dance routine on the trampoline. It’s hard to explain, but there are some signature moves, like “monkey,” which looks like running with your arms out in a goalpost shape with your knees jutting out to either side, and you connect elbow to knee on each side as you run, thus turning you into a monkey. Or jumping jacks, which you probably understand, except in class, when it’s time to do jumping jacks on the trampoline, your instructor tells you to “Jack it out,” which makes me feel weird.

Aside from sweating more than I ever have while working out, with the exception of when I became hardcore addicted to Bikram yoga (talk about taking things too far…), I was able to reach a state of mental stillness in those classes that I haven’t been able to in any other setting—including my many, many attempts at morning meditation. There’s something about remembering and executing a routine that made my mind go completely *still*. It was incredible.

Because I was traveling a lot over those four weeks, I really stuck to my self-imposed workout limit, and at the end of it all I felt really strong and great. To be totally honest, my body looks more or less the same, and I don’t think I lost any weight in the end (I decided to forgo the final body measurement thing, because I just don’t need to know the exact perimeters and thickness of my body, thanks)—but the sense of calm I got from the whole experience was pretty life-changing. Okay, actually, my arms (which are the one part of my body I’m not super jazzed on) looked a little more toned and stronger too, so that was also nice, and my legs don’t feel exhausted when I climb out of the subway portal on the street, but for one of the first times in my life I “got” the point of exercising beyond losing weight. Aha, aha, aha. Here’s to the relentless pursuit of sanity and inner peace—which I found on a mini-trampoline.