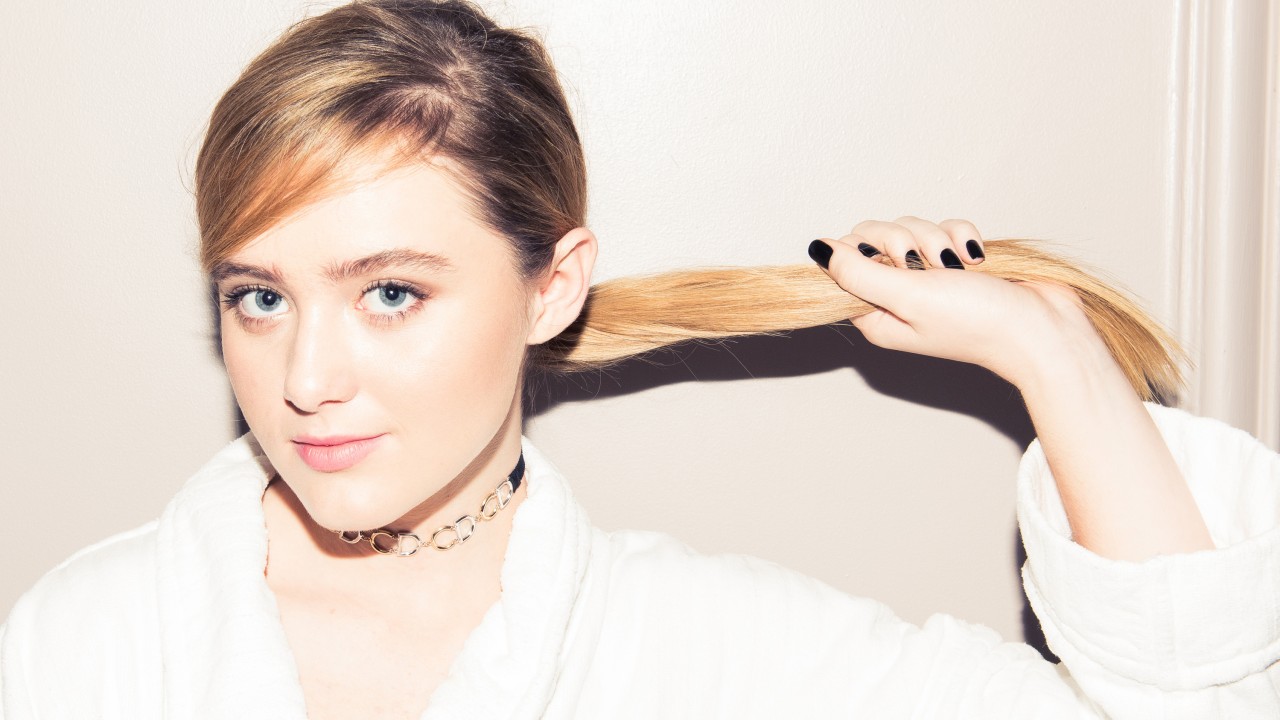 “At the Dior atelier in Paris, they had laid out 10 dresses for me that they thought that I would like. I walked in and I was in heaven. There were all these huge couture dresses. They were like, ‘well, look around and see if anything catches your eye.’ Then I saw this dress and I was ‘oh my god, I want that one!’.”

“I’m very classic. I’ve been collecting Dior and other designers since, I was, like, 15.”

“This is my first Dior show, and my first high fashion show. And in Paris, of all places!”

“I definitely trust my beauty team. I think they are really talented, so I kind of let them do what they want. But we definitely send each other pictures of moodboards and ideas we have. I’m really into the French, no makeup makeup look.”

“I’m most excited for actually getting to sit and watch the show. And getting ready is the best part so this has been pretty fun!”

“I’m actually going to go to The Louvre, which I’m pretty excited about. I’m going to go to some flea markets and see what I can find. I’ve been to Paris a couple of times, and walked the Louvre, but I’ve never been in it.”

“You know what I did [flying to Paris] this time, which I’m going to do every time? Those sheet face masks. I did it on the 10-hour flight over. I also can’t live without Chapstick.”

“It’s in my suitcase right now, but I’m really weird and bring a huge pillow [when I travel]. You never know, sometimes hotels, they can have hard pillows. I also pre-download every episode of Gossip Girl so I can watch it.”

On her perfect day off in Los Angeles:
“I’m a golfer, so I would probably go hit golf balls, and I go hiking a lot. On my days off, I’m usually in Malibu. My mom and me will go to the beach and just hang out.”

“I started golfing when I was 8, on my golf course in Florida. My dad taught me. I played in high school, and now I just play in a bunch of charity tournaments.”

“I was trying to play as a walk on [as part of the golfing team] at USC, and then I got this HBO show instead, and I did that. Reese [Witherspoon] is always like, ‘You need to go to college!’ every time she sees me. We talked a lot because she went to high school and then she worked and I was telling her I was in this position right now and she totally understood it. As a woman and a mom, she was very real.”

“My favorite thing about filming Big Little Lies was… I have about 20 things running through my mind! Obviously working with someone so great, like Reese, was a dream. Working with Jean-Marc Vallee was an even bigger dream, because he is so creative. He is such an artist that he really showed me what it really meant to be an actor, and that it is an art form. It is really easy to forget, living in L.A., is that acting is suppose to be art. Especially because of the story, it is such a commercial thing, and he’s really turned it into an art piece. That’s the way we shot it. It was shot with no lights, he shot 360, and we were always in a scene for hours. That was pretty great. Shooting in Malibu and Monterey was also a dream.”

“I have a couple of films coming out. I have Lady Bird, with Greta Gerwig coming out, which I am so excited about because I play a girl named Darlene. If you can get an image in your head, she is a big time nerd. Rolling backpack, long skirt, grandpa sneakers and a headband. I wore no makeup, they made my undereye circles even darker, big glasses, they added pimples; it was so good. Saoirse Ronan is the lead, who is so cool.”

“I was a huge fan of Greta [Gerwig, before working with her]. I was shaking when I met her! She’s a woman, she’s edgy, she’s fearless, and she is so cool. She had everyone wear nametags the first week on set, and then she had everyone write their spirit animal, and we were both poodles. I have a poodle and she in the love of my life.”

“I have a French Poodle, miniature, and she in the love of my life. She’s white, her name is Snowball. She’s 15. I love her.”

“I have a movie with Frances McDormand, Woody Harrelson, and Sam Rockwell coming up, directed by Martin McDonagh.”

“On Big Little Lies, most of the people in charge of every department were women, and it went so well.”