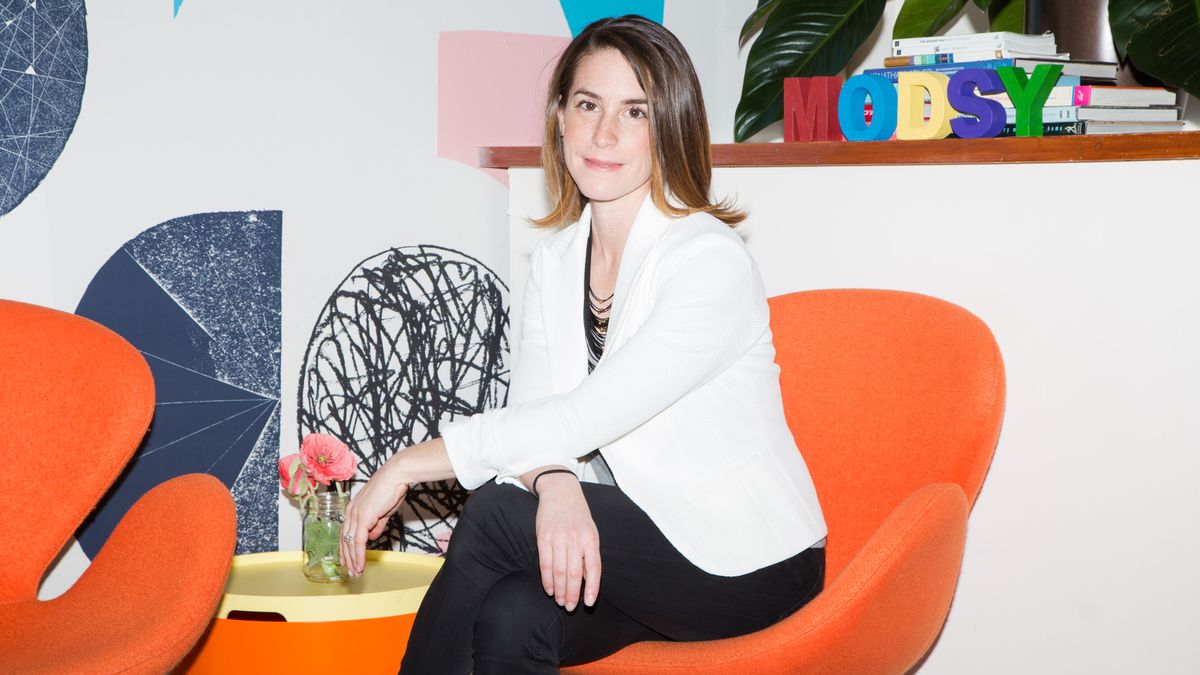 It’s brutally honest and might not be what you want to hear.

Welcome to Ladies Who Launch—a new series shining a light on all the women making waves in the digital space. Over the next few weeks, all leading up to SXSW, we’ll be featuring some of the most inspiring women who are changing the way we think about tech.

We should have known that, going to San Francisco, we’d have multiple wish-we-thought-of-that moments—despite the fact that our credentials and experience make us decidedly unprepared to execute even if we had such an idea. But Shanna Tellerman’s company, Modsy, is exhibit A under the category of head-smackingly genius. Tellerman, who, unlike us, is extraordinarily well-qualified (she has an incongruous Bachelor of Fine Arts, but it turns out that would actually serve her well when she found her calling in the 3-D rendering space), and Modsy is company number two—her first was acquired, and she spent the interim as a partner at Google Ventures on the investing side of the industry.

Modsy, though, brings Tellerman’s many talents together to create three-dimensional renderings of rooms that you’d like to redecorate with a genius addition—the renderings are full of new furniture fine-tuned to your style preferences that you can switch out, edit, and shop directly from the page. It’s like an Ikea catalogue, but your space and exact tastes. If that alone doesn’t make you want to redecorate immediately—or at least *see* what your living room might look like done in the full midcentury modern of your dreams—please, read on, and prepare to be inspired not only by Tellerman’s ideas, but by her personal experience of what it’s really like to be a woman in Silicon Valley, and the brutally honest advice she has for you just in case you were interested in joining her (and you should be).

How she got the idea for Modsy:

“Right around the time when I was starting at Google Ventures, I moved into a new home with my husband, and that was the beginning of this idea for Modsy. We had this awesome space, but it was totally empty. We were both getting rid of a lot of furniture and going to start over again and upgrade for the first time ever, and I thought it was going to be really fun. But weekend after weekend we hit roadblocks, and the whole thing just kind of went downhill. I went to Pinterest thinking it was going to be a tool that I could actually use, and I loved Pinterest—I pinned one zillion things, but I found I was looking at my Pinterest board and looking at a room, and thinking, ‘These things have nothing to do with each other. I still have no idea what I’m supposed to be doing in here.’

“Finally I was like, ‘Forget it, this isn’t fun anymore and I don’t know what to do,’ so we just left it. For several years our house looked terrible, like, half done. But right at that same point, I was looking through a physical catalogue, and I looked at one of the images and I was like, ‘Oh my god, this experience, looking at these physical, beautifully staged images, is what I want to shop from. If somebody could stage a beautiful image of products in my home and I could just flip through images of that, it would make my life so much easier.’”

And Modsy was born:

“It started with a rug—should we put a rug under our coffee table or not? We have these beautiful hardwood floors, and I was like, ‘The floors look so nice, and if we put a rug we might cover it,’ and my husband is like, ‘But it’ll make it look so much cozier and more contained.’ He was right [laughs]. But I couldn’t imagine it, I couldn’t visualize it, so I couldn’t make the decision. It was this overwhelming sense that without visualization, I was stuck.

“Then I started thinking, from a visualization standpoint, I know how 3-D works; I know you can create these beautiful 3-D models of spaces; I know you can create these photo-real images from 3-D models; I know that you can go through cloud-based rendering system so you can do this in a really scaleable way. I also know that this ability to reconstruct spaces around us from photos is something that’s coming down the pipe with all of the 3-D tech coming, and it does seem like the future of how we shop is going to be closer to that way I was imagining it. What if we could shop from these catalogues of our house? That idea just got planted in my head and when I was at Google Ventures.”

How she decided it was worth starting a company based on this idea:

“I had my own philosophy for how I evaluated companies when I was investing at Google Ventures, and I finally applied it to myself and I was like, ‘Yeah, I would probably fund this.’ I looked for three things. First, I looked to see if the founder had some unique passion for this problem in particular. Did they experience it, do they know it intimately? I did meet a lot of people—a lot of dudes—who were starting women’s clothing companies, and as much as they thought it was a cool business, I know that they don’t care deeply about that problem. They hadn’t experienced that problem, so it just didn’t feel as authentic; your intuition about what the consumer needs isn’t there. My second one was always, does this person have some insight into what’s happening in that industry, or the trends that will allow them to see the next step before other people? So, especially when it came to software and technology, people who had been in the industry for a while could be like, ‘Oh, this is the next thing that’s coming,’ which I think gives you a major advantage over someone who is starting the learning curve as they’re starting the company. And then the last one was just market size—is this a big industry? Do enough people buy something here?”

Why the diversity of her team is its greatest strength:

“I’m proudest of the team we’ve created. One thing that you’ll notice is that we don’t look like a normal tech company—we’ve got engineers, 3-D artists, stylists, marketing and business, and I think as soon as you have a small team where everybody doesn’t look the same, you start attracting more people that don’t look the same. I think that adds to building a great product, because you don’t end up with everybody thinking the same way all the time.”

The reality of her experience as a female CEO in the tech industry:

“The biggest challenge I saw was when I was in venture. It was really clear to me that the way things in that world happen was through this old boys club, where some guy would call his buddy and he’d get a deal done, or all the guys who were my partners there were like, ‘Hey, my buddy is starting a company...’ I was like, well, none of my girlfriends are starting companies, so I don’t get deal flow that way. Without that behind-the-scenes power network, it was really hard to get an edge, and I was missing a piece of the puzzle to do my job. That made me really angry when I was an investor, and I felt really impassioned at that point to try to connect women together in a meaningful way where they could start to build relationships well before they needed to do business together. I tried to piece together this ‘old women’s’ network [laughs], which has taken the form of this tech retreat we do now in Park City—it started two years ago and has been growing. We have female investors, entrepreneurs, and the corporate side—the people who are potentially going to acquire companies.”

If you’re a woman, and you want to start a company in the tech industry, Tellerman has some honest advice for you:

“You really have to have an idea where you’re the right person to do it and you’re really passionate about it and you feel like there’s a real business to be had. If those three things aren’t true, it’s not going to work. If you want to found a company, you’ve really got to have that level of belief in what you’re doing and that level of knowledge. If you’re just looking to be in tech, it’s a great time, because everyone is looking for women to join their companies. But join a company where, ideally, you’re not the first woman. You would be a trailblazer if you do that, but be ready for a little bit of a hardship. If there’s at least two other women around the table, then you’re going to have a much easier time feeling supported.”