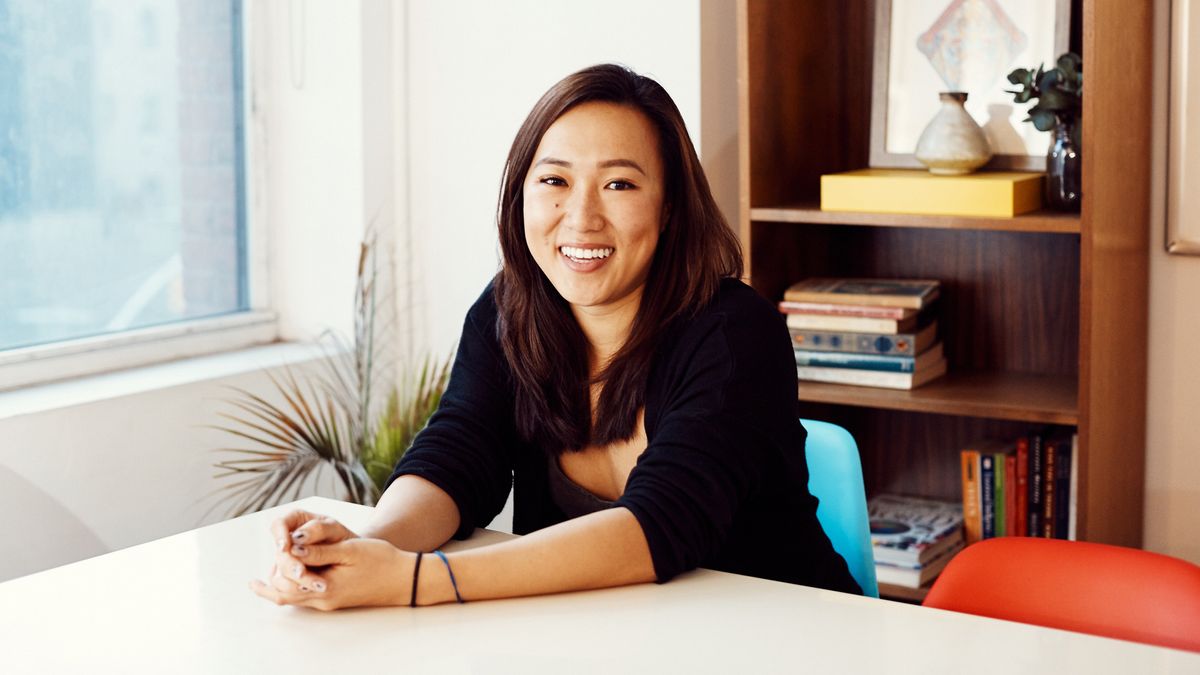 Are You a Woman with a Billion-Dollar Idea? Meet Your Fairy Godmother

Sutian Dong, a partner at Female Founders Fund, is looking to make magic for you.

Welcome to Ladies Who Launch—a new series shining a light on all the women making waves in the digital space. Over the next few weeks, all leading up to SXSW, we’ll be featuring some of the most inspiring women who are changing the way we think about tech.

We were in San Francisco and Silicon Valley last week, and we met with a lot of female executives, founders, and CEOs in the tech industry as part of a two-week-long series on women in tech coming to you here starting today (yay!). And, especially in light of Susan Fowler’s revelations about what it was like being a female engineer at Uber (read: incredibly sexist, uncomfortable, and shocking), we asked each of them about their experiences being a woman in tech. Across the board, the topic that came up again and again was the difficulty they faced getting funding from almost entirely male venture capitalists: they didn’t quite get their product; they felt excluded from the boys club; there was just *something* about their personalities that male investors didn’t mesh with. Ugh.

On top of being maddening, this is incredibly frustrating—but that’s where Sutian Dong, a partner at New York-based Female Founders Fund, comes in. Dong and her other (female) partners see women founders and CEOs as a business opportunity, and they’re actively working to fund their companies at an early stage and support them with whatever means necessary (mentorship, HR help, more fundraising). In the past few years, they’ve invested in such big-time female-led businesses as Rent the Runway and Zola, among many others. Their strategy isn’t so different from male-dominated funds—they, too, are sniffing out the next billion-dollar companies—except Dong figures the Female Founders Fund has a better chance at finding them because it has been proven that having women in leadership roles at any company will make it more successful and profitable in the long term. So, who’s got a billion-dollar idea?

Women are starting companies across all industries:

“It’s a misconception that if you are a woman and if you’re starting a company it’s probably going to be a consumer lifestyle business. It’s actually really diverse. Women are starting companies in industries that range from fintech [financial tech] and health care IT all the way down to direct-to-consumer e-commerce like Rent the Runway, Bauble Bar, Birchbox, and Stichfix. Those are all really large companies that were built because you’re leveraging consumer buying power that’s led by women.”

The special opportunity that is Female Founders Fund:

“The opportunity with Female Founders Fund was unique in spotting a non-obvious opportunity, as well [as] to say there are more and more women starting unicorns, or billion-dollar business opportunities that will change markets or create new ones. On the funding side, especially on the early-stage funding side, we weren’t seeing as many dollars go towards those women, so we saw the opportunity to create a fund where you wouldn’t just provide the capital for entrepreneurs to grow their companies, but also a network of other founders, of a broader ecosystem of advisors and mentors. The hope is that we help create a lot of the value that will take a company from zero to one and then to scale. The venture capital industry has grown pretty tremendously too—money is money is money, but if you can get money plus other strategic value, that means that’s a much more helpful investor, and that’s a person you want to work with for the next seven to ten years building a business.”

The special services they offer their portfolio companies:

“We have invested in everything from virtual reality to Arianna Huffington’s new company, Thrive Global. It really ranges in terms of what we look at. The sell from us to entrepreneurs is that we are going to be supporters of yours really early on and investors in your business, but we are also going to provide a lot of the other structure and support around filling out your current round, seeking your series A investors, finding the right hires for you, developing customer relationships, building press relationships.”

What they look for in the companies they invest in:

“We invest in women and because we are such early investors, we are founder-focused, so we invest across industries. We are really investing against the person and her ability to build a team and to build a business. In terms of what we look for, it’s a lot of intangibles, but if we could quantify that and put it through our number cruncher and come out with an invest or don’t invest, that would make our jobs really easy. The earlier you are as an investor, the more of an art versus a science it is.

“We are seed investors, which means we invest in companies that don’t even have a product, to companies that are post-product and have a little bit of traction—they have some revenue coming in, some users, and some indications that there’s really high amounts of customer or user love. When we think of the founder, we think about what unique insight she might have based on her past experiences that give her a distinct edge over everyone else who has a similar idea, and what has she done to prove that she has the great tenacity and drive to build a business. Honestly, as a founder, you are never going to have enough resources, so in the scope of limited resources, how has she managed to find a way to make things work and grow the business.”

The big number she’s looking for:

“What we think about when we think about venture opportunities is, ‘Does this company have the potential to be a billion-dollar business?’ That is the big question. We have to be able to say yes to that to invest in companies.”

The big business opportunities she sees in the near future:

“We’re seeing a lot of opportunities in the broad theme of redefining what it means to work. Secondarily, we see the continued evolution of commerce. You had e-commerce 1.0, which was people being like, ‘Hey, we’re selling stuff online!’ Then you have e-commerce 2.0, which was brands saying, ‘Hey! We don’t have to sell through retailers, so we can just sell directly to you online.’ And now e-commerce 3.0, which is, ‘We need to take a more holistic view in reaching the consumer and communicating with him or her. It’s not just online, but there are all these other channels to sell, whether it’s wholesale or pop-ups or brick-and-mortar, and how do we think about our business across all these dimensions.’ That’s honestly what you need to build a really big business within the commerce space. In addition to that, it’s what are the tools and platforms that are going to pop up in the future to support that growth, like the next generation of e-commerce platforms. We need more modern technology if we want retailers and brands to be as reactive as they want to be in the age of the expectation of instantaneous fulfillment and instant access and touch points with the brands that you want.”

Why investing in women is a smart business opportunity:

“Investing in women is a no-brainer business opportunity. Women are going to start companies, and it’s been proven in the public and private markets that those companies that have a woman on the executive team go on to perform better. If that’s the case, and not a lot of people are focusing on investing in women at the early stages, if we do that then we almost certainly create a portfolio that will perform better than the majority of the market.”

Why the fact that their fund is made up of women is a good thing for the companies they invest in:

“Diversity across the board in a company is really important—not just diversity in the employee base, but diversity in terms of your investors, your board and your advisors. There are very few women in venture and there are even fewer female partners in venture. I think we do and can bring a unique perspective to the table.”

The conversation around diversity and women in tech is changing:

“I think that the dialogue around women in technology has changed over the last couple of years. Before, every so often, a survey would come out saying, ‘There is no diversity in tech.’ People were like, ‘Okay. Yeah. That’s right,’ and business would go on as usual. I do think now that the conversation isn’t as random as it used to be, where people would talk about it and people would stop talking about it. This is a real discussion point and not just for women, but for men that recognize that having an unbalanced work force doesn’t make a whole lot of sense and is probably value-detracting from the business you are in and the economy you are trying to create. More women in VC helping other women in VC has meant that we’ve been able to share deal flow, deepen relationships, and find co-investors.

“The big goal for us when it’s all said and done is we want to be the first place that a female entrepreneur thinks of raising money when she is on her first round of capital. To the extent that there are more women coming into the industry, that is something that is great for us. When we think about the number of companies we see on a yearly basis, there have been five times more in the last two and a half years. Hopefully we can help change the conversation when it comes to someone knowing it’s possible to start their own company.”