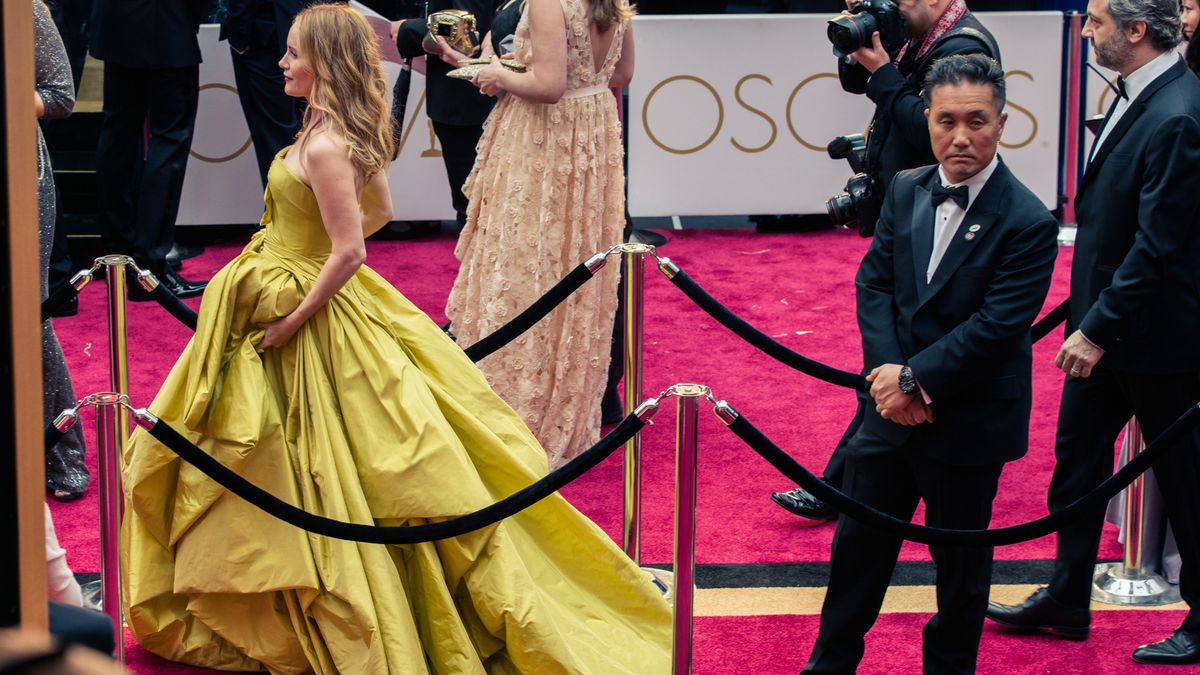 From our bird’s-eye view of where all the magic happens. In collaboration with Swarovski.

To be totally honest, the Oscars red carpet is the best part of the show—it’s the birthplace of many a GIF-able moment, we’re not yet exhausted by marathon speeches and the social media firestorm that comes with every comment made onstage, and there’s just a certain ~excitement~ in the air, waiting to see the pretty, spangly things everyone will wear.

Of course, the whole thing is made even better by getting to see it all go down in real time, which is precisely what we did, courtesy of our friends at Swarovski (it’s their 10th year outfitting the awards show itself with their signature sparkly crystals). In other words? No, it’s not your imagination if you swear you were blinded for half a second while watching the broadcast—there were some 300,000 (!) crystals at this year’s show (not counting the Atelier Swarovski Fine Jewelry Collection we spotted on Emma Roberts), with roughly 1.2 million (!!!) crystals having bedecked the stage over the past decade. Flossy, flossy.

That said, the best part of the entire thing is undeniably getting to see everything as it goes down in real time (and yes, everyone looks even better IRL). There was... Well, just look through the shots below. What, like we’d keep this kind of thing all to ourselves? You know us better than that by now.