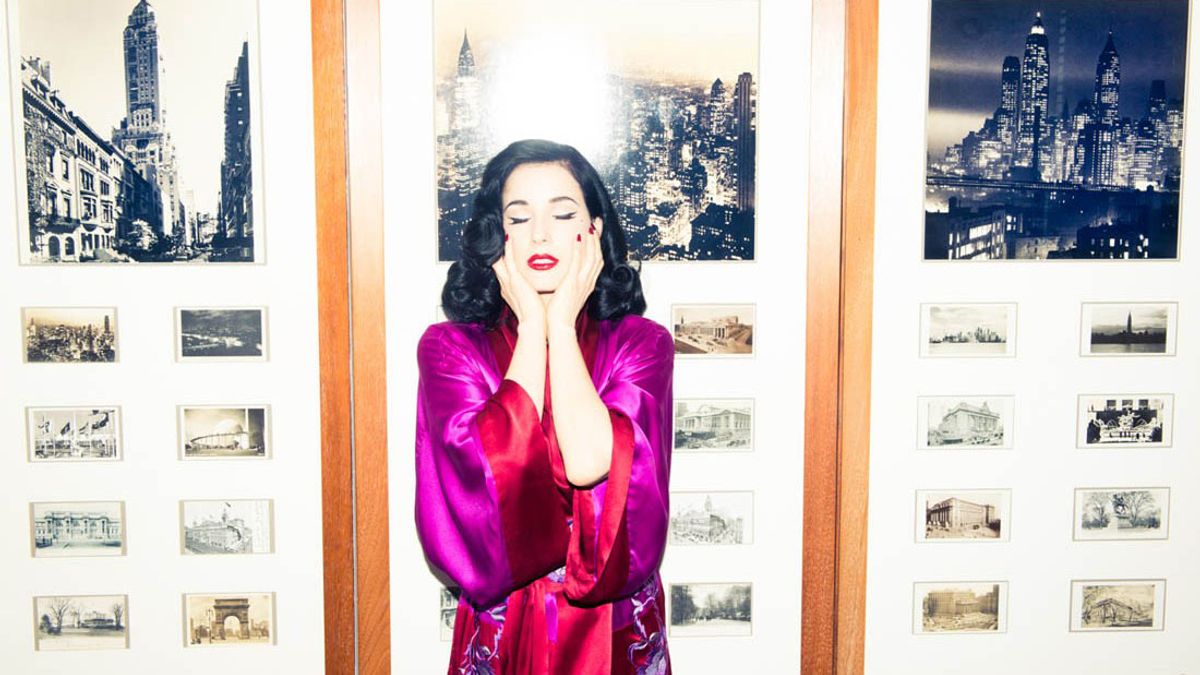 How to Seduce Dita Von Teese

Straight from the red-lipped mouth of the burlesque queen herself.

Dita Von Teese is the embodiment of sex appeal—if only for the fact that every ounce of her being is seemingly designed to seduce. Ask her anything about corsets (definitely relevant right now), how to dress (and ~undress~) in chantilly lace lingerie, pin curls and alabaster skin, and she’ll breathlessly tell you through Diorific Roulette Red lips. But we’ve done that already. What we really want to know—because it’s a true test of the art of attraction—is how one seduces the reigning queen of burlesque. So on the red-soled heels of her striptease tour, “The Art of the Teese,” we caught up with her to talk temptation, self-love, and feminism.

This Is How You Seduce the Queen of Seduction

“I am seduced by men and women. I’m seduced by generosity and warmth of spirit, sense of humor, a wicked wit. I’m seduced by people that are talented [laughs]. Yeah, that’s it, but I really love being around people that you can feel are willing to be vulnerable and have real warmth to them.”

How Burlesque Has Changed

“I first started doing my little burlesque shows in 1992, and I’ve definitely seen it go to a completely different place than I ever dreamed it could. When I first started my shows, it was a very specific audience, it was a lot of men that came to see me, and I watched a dramatic shift with the audience. It became predominantly female. And of course, I’ve watched it blossom into a global movement, which is quite astonishing. I never in a million years thought burlesque would become as big as it is, I was just kind of making my little shows that went up with the pin-up photos I was doing, and I never expected that it could turn into this, kind of, unlikely feminist movement, which it has become.”

“[Burlesque has] become an unlikely feminist movement. Feminism should ultimately be grounded in supporting women’s choices, even if we wouldn’t make those choices for ourselves. Instead of sitting around telling each other what we need to do, we need to support the choices women are making. Gender equality, in all realms, is what it’s about—when somebody says to me, ‘Oh, what you’re doing is not good for women,’ it’s like, well, there’s a whole can of worms’ worth of arguments there! Especially when the audience is mostly female. We don’t all have to believe in the same kind of feminism, we just have to respect each other.”