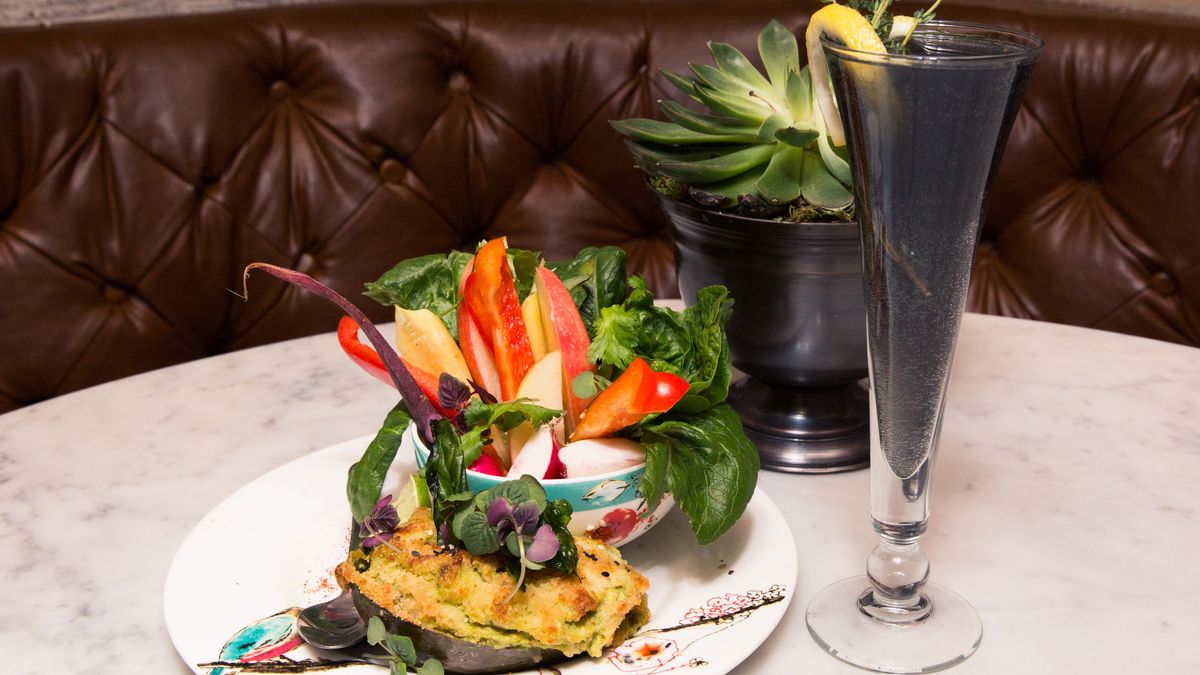 We Teamed Up With New York’s Most Fashionable Restaurant, Chalk Point Kitchen

A portion of the proceeds from our NYFW menu will benefit the ACLU.

While we met with restaurateur and owner Matt Levine at Chalk Point Kitchen, we may have been leaning against a framed portrait of Karlie Kloss hanging in their stairway. And he may have just casually mentioned that she had recently been spotted at the cozy sustainable farm-to-table restaurant frequented by the entire fashion world (think, everyone from Stella Maxwell to Adriana Lima). “I totally forgot to show this to her, but maybe next time.” He says next time with confidence because no one goes to Chalk Point Kitchen just once.

And so when they asked us to pair up with them on a special vegetarian NYFW tasting menu, “no” was not even an option. Not only is it one of our favorite spots to dine out at without feeling guilty (they have kale martinis), but they’re also donating 5% of the NYFW menu proceeds to the ACLU. From a Twice-Baked Avocado to a Fresh Turmeric-Roasted Cauliflower Steak to Vegan Beet Red Velvet Brownies...let’s just say we tried everything in one sitting and may have asked for seconds. Basically it’s the perfect way to refuel after shows while also supporting an amazing cause that needs all the help it can get right now.

So whether you need something healthy in between the Fashion Week madness, want to support the amazing work of the ACLU, or want to find some fashion inspiration over food, make a reservation now from February 9th to 16th.