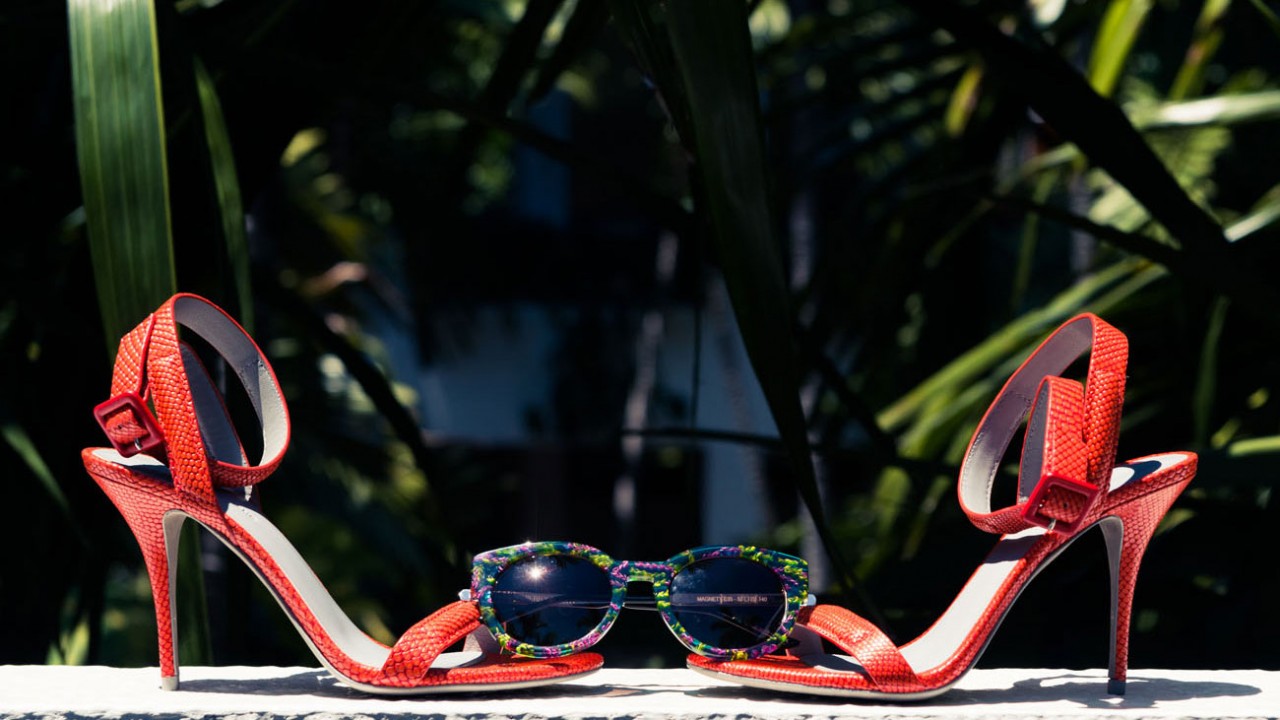 Eating, Shopping, and Drinking in Miami Like You’ve Been There Before

The best places to eat, shop, and drink when you just *can't* with winter anymore.

Remember that time you went to South Beach for spring break in college and drank 2-for-1 daiquiris on Ocean Drive for $26, and got an awful sunburn when you slept off your excessive hangover on the beach? Use this quick guide to never, ever, ever do that again. There is a city beyond the strip and there are places to see and things to do off A1A and off the beach.

In recent years, Miami’s Design District and Wynwood have developed into their own distinct vibes separate from those of downtown, home of the Miami Heat’s American Airlines Arena, and tourists’ favorite: SoBe. New hotels like the Edition and the Faena have popped up on the beach in between South Beach and iconic Fontainebleau at 4441 Collins Ave., giving the Faena Arts District its own identity in addition to beach favorites like The Gale, The Standard, and the Nautilus Hotel.

But there’s far more to Miami that you can enjoy besides the staple Miami party scene.

Aside from The Webster, Miami has never been and will never be known for its shopping. To be honest, bathing suits are usually the best option. However, with the development of these off-beach neighborhoods pulling tourists off the sand occasionally, new places to shop have started to pop up.

Among the design and art shops you can find all things high-end in the Miami Design District. It’s home to everything from Loewe and Rick Owens to Cartier and Rolex.

Finally getting a little refresh, on the west side of Lincoln Road you can shop adidas and MAC right next door to a Shake Shack that never sees a line like New York’s does.

Miami does not have good pizza, but it makes up for it with plenty of other great options. Do yourself a favor and avoid the tourist traps on Lincoln Road, where every restaurant has a variation of the same mediocre menu, and hit these spots instead.

A quick stop for breakfast or sandwiches, the kosher Wynwood bakery is known for its tasty treats.

The new Wynwood spot is great for dinner, but also stays open until 2:00 AM, which is perfect for all the ’90s hip-hop and R & B they play.

Although it is on South Beach, this is not somewhere you can pass up. Not only can you get exceptional dinner and brunch at Yardbird, the cocktail menu is bourbon-based and delicious.

Miami has always been a fantastic city for nightclubs. In addition to those on the beach, there’s a nightclub in every single pro sports team’s home base—Hyde at American Airlines Arena, The Clevelander at Marlins Park, and LIV at Sunlife. And strip clubs are just another stop on your average night out. Here are a few places where you can grab drinks, and leave the bandage dress at home.

Forty floors up, the East Hotel’s new rooftop overlooks Miami’s downtown skyline. The Asian-focused bar and garden opened this summer, and has become a popular place for good drinks and better views.

Another rooftop, but on the beach, The 1 is known for fun events, attractive crowds, a beautiful view, and being eco-conscious, reusing and recycling boxes they receive deliveries in.

For the best day-drinking, Lido, the bar poolside at The Standard, is a must. Set a little off the beach, both the bar and the pool are right on Biscayne Bay.