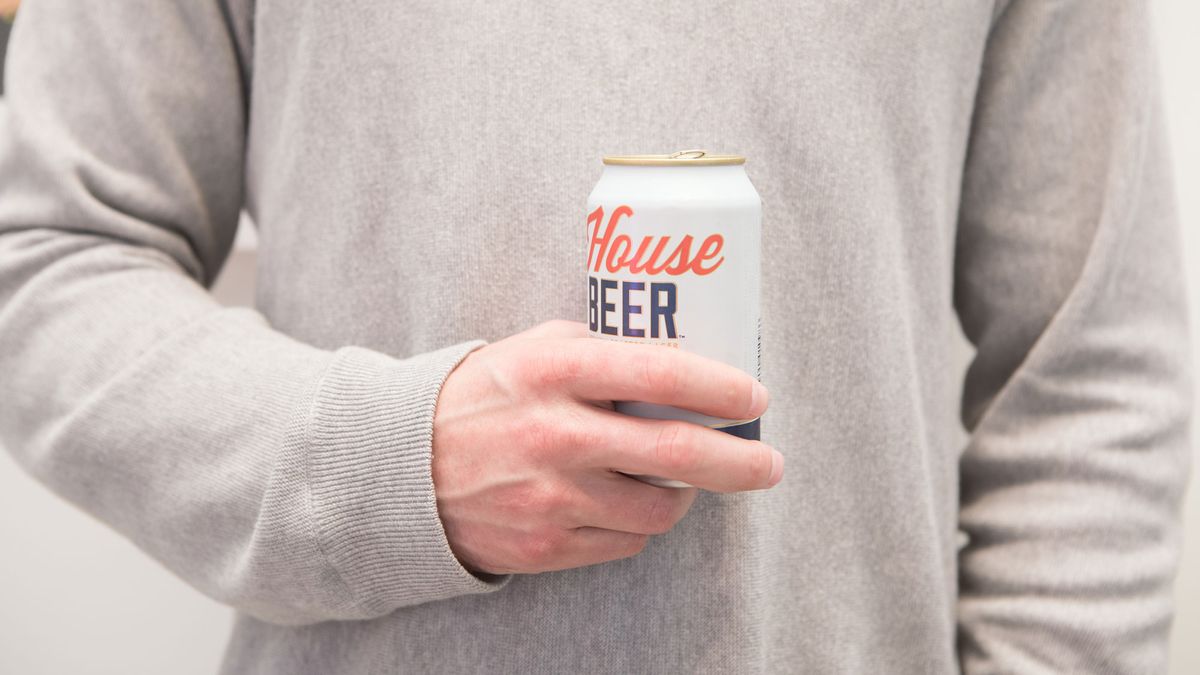 Yep, anything is possible.

While attending a Super Bowl bash this weekend, it might be hard to imagine those beer-chuggers turning their love of the beverage into a full-blown career. But at the very least, it’s a possibility: just look at Brendan Sindell. The founder of House Beer was a kid out of college, holding down his first job in finance, when he got the idea to create a quality, craft-like lager. Fast-forward to him teaching himself about the industry from scratch, making the right connections, and working around the clock, and he’s now a successful business owner and company president. The brew is currently sold in New York, California, and Pennsylvania—and, we’re betting, that’s just the beginning.

So how did Brendan manage to turn his passion into payday? Hear his story and tips ahead, then start believing anything is possible.

How House Beer came to be:

“Growing up in Southern California—and going to college like many young Americans do and taking part in college festivities—you start drinking heavy amounts of cheaper beer. As we got a little older, our palates became more refined, and we didn’t feel like we related to mainstream domestic beers. From a branding standpoint, you know the big guys aren’t using the best ingredients—they’re churnin’ and burnin’. The only other option on the market was craft beer, which is high in alcohol content, heavy in flavor and body, and very bitter. You have half an IPA and you’re full or too drunk, so we didn’t want to drink those either. But we appreciated the quality and the craft of small micro brews. One day, I basically said, ‘Why isn’t there something that’s high in quality but also sessionable and approachable?’ So, that’s what we set out to do when we created House. A premium crafted beer that was also approachable and sessionable.”

On how he really got things started:

“We met a home brewer, told him what we wanted to do, and he started brewing small little batches in a garage in Los Angeles using different recipes. We finally came across a beer that he brewed that we liked, so we entered it into a home-brewing competition—put on by the oldest home-brew club in the United States, Maltose Falcons—and won. It was like, ‘Okay, we like this beer, the judges like this beer, let’s take this to scale.’ I didn’t have a background in beer by any means. I was going to school at the time, and had my first job out of college that was going okay, but it wasn’t in beer, it was in finance. Now, after teaching ourselves the industry, we have a background, and were able to find a brewery in Denver, Colorado.”

On whether or not people thought he was crazy:

“I think one of the bigger naysayers was my older brother, who was also my first investor. I didn’t have much money to get this off the ground, and he had a little squirreled away that he gave me. He put his trust in me, but also being a naysayer and very critical I think pushed us to make the best possible beer and brand we could, and to learn very quickly. It wasn’t like, ‘Oh, this is going to be great, good job!’ It was, ‘No, it needs to get better.’ Yes, we’ve had those naysayers, but while we’ve had them, it’s also motivation. If you use that as constructive criticism, it helps.”

The difference between an ale and a lager:

“Typically, a lager is much harder to make than an ale. Ales have a lot of flavors, a lot of hops, so if you screw up the process along the way, it’s not as big of an issue because all of the grains and hops you’re putting into the beer mask any off-flavors that you may have. On the flip side, a lager is typically a very clean, crisp beer—not a lot of flavor to it. Kind of neutral. If you screw up in the process, everyone is going to know about it when they taste it, because there’s nothing masking those bad flavors.”

Tips for turning your passion into a job:

“If you really want to start your own business, be prepared. It’s a roller coaster, for sure. If you really want it to succeed, be prepared to make that job your life. [It’s] the first thing you think about when you wake up, and the last thing that you think about when you go to bed. There’s a lot of uncertainty and unknowns, but at the same time, you’re in control of your own destiny. Some people like that. Other people like the comfort of being a cog in the machine. They can go home and turn off work. But starting your own business isn’t like that, so be prepared if that’s something you want to embark upon.”

What to do before you take that plunge:

“Before diving into your idea, do as much research as possible and get a better sense of what you’re getting yourself into. If you dive in, there’s no going back. You get to a point past just ‘Oh, I’m dabbling in this, I have a job and this is my hobby at night or on the weekends,’ and ‘Maybe I should take it to the next level and quit my day job.’ You’re hiring people, and people rely on you. There’s no going back.”

Super Bowl
Part of the series: