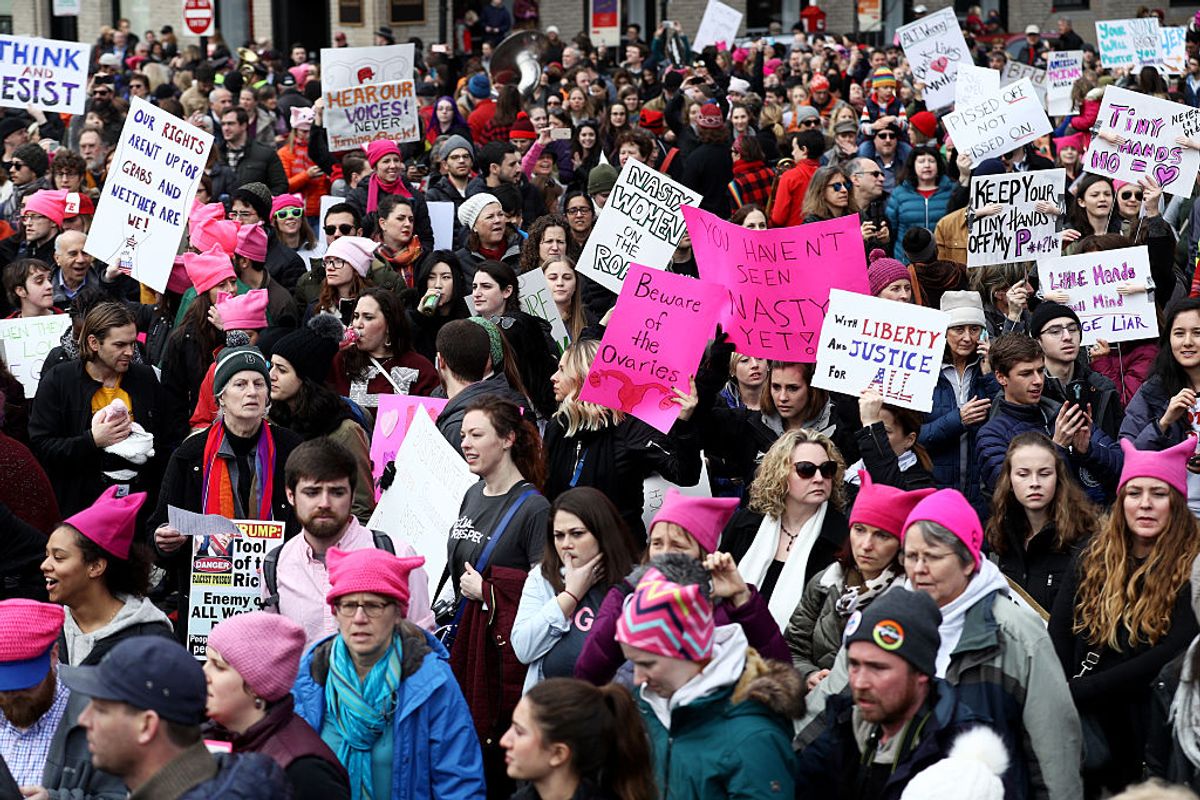 And the most important thing you can do today if you marched.

Yesterday in Washington D.C. and all over the world, women and men of all ages and backgrounds came together to protest the racism, sexism and homophobia, espoused under Trump’s campaign and in his cabinet choices, and also to express concern over environmental protection and protecting the Affordable Health Care Act.

The movement, which is shaping up to be possibly the largest protest in American history was organized by a diverse group of women: Vanessa Wruble, Tamika D. Mallory, Carmen Perez, Linda Sarsour and Bob Bland. The idea started with a Facebook post by Hawaii grandmother, Teresa Shook. She was in D.C. yesterday and told the LA Times, “I’m overwhelmed with joy. A negative has been turned into a positive. All these people coming together to unite to try and make a difference, that’s what we’re going to be doing for the next four years. I see it’s really going to happen.”

With speakers like Gloria Steinem, America Ferrera, Ashley Judd and Alicia Keys at the kickoff (and an appearance by Madonna) the day was undoubtedly a success for feminists everywhere. Here’s how the march’s founders have responded.

If you marched yesterday, please be sure to text “Count Me” to 89800 to help them count you in the movement!

Vanessa Wruble called it the “largest global protest in history” on her Instagram. While we don’t have exact numbers of attendees yet, the numbers in D.C. way overshadowed those at Trump’s inauguration one day before.

“Much has been said about the four co-chairs of the #womensmarch. However, there is an incredible team of 50+ [people] working around the clock, in addition to a large group of state coordinators! I am in complete awe watching these beautiful people pour their hearts in to this convening…”

Tamika D. Strong gave credit to all those working to organize the march, but expressed her awe at the turnout.

“Grateful for all the positive energy, love, and support that we’ve received today. It’s overwhelming. This is what a movement looks like!”

Carmen Perez posted on her account throughout the day, adding “…hatred has no place in our America!”

“Proud of the Muslim women representation at the #womensmarchonwashington”

Civil rights activist Linda Sarsour expressed her pride in the turnout of Muslim women at the march.

“ITS ON. #womensmarch #whyimarch”