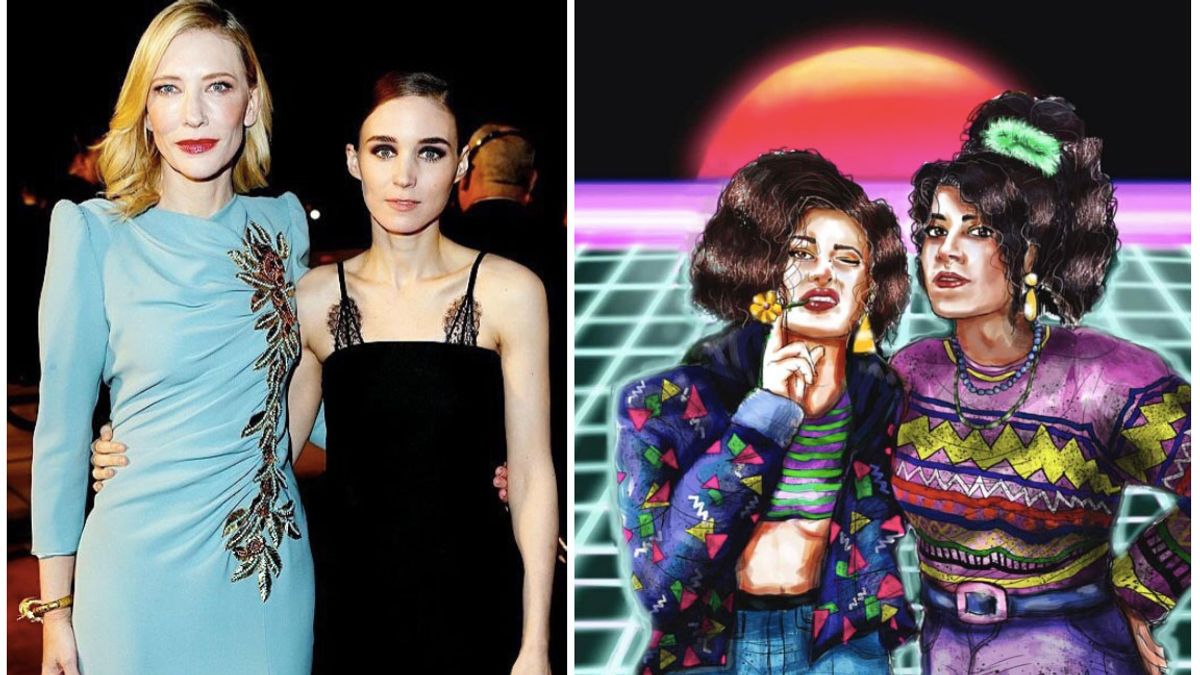 All the Stars We Want to See Reunited at Sundance

There are very few reasons we’d be willing to travel to even *colder* temperatures this deep into winter, but hanging out at the Sundance Film Festival (which kicks off today!) in Park City, Utah might just be enough to drag us out of our cozy, hygge-fied apartments—though, maybe Sundance is kind of like the American epicenter of hygge? Anyway, the lineup this year is especially promising, with plenty of fresh faces and established players all in attendance. Everyone from perennially flawless Cate Blanchett to Broad City babe Abbi Jacobson will be walking the (beige?) carpet, reminding us mere mortals that we will never, EVER look that chic in a coat that can double as a sleeping bag.

With 113 features selected for this year’s festival, there will be no shortage of new must-see movies in the next few months, but don’t be surprised if you feel a bit nostalgic watching the actors arrive for the premieres—many of them have worked together on various projects before. Alongside the requisite Sundance darlings (*waves frantically to Sarah Paulson*), a handful of former castmates have us hoping for some reunion photo ops. Call us crazy, but a Saturday Night Live mashup with favorites like Fred Armisen and Molly Shannon (attending for their films Band Aid and Fun Mom Dinner, respectively) would be the perfect thing for getting us out of this prolonged post-inauguration slump.

So just in case you can’t make it out to Utah (and believe us, we’re all for spending those vacation days on much warmer locales), we’ve rounded up a few of the film and TV reunions we hope to see at Sundance. Fingers crossed a few crafty photographers make these dreams a reality!

A heartbreaking, melancholic love story, sure, but we’d love to see this powerhouse cast reunite for a little cheerful reminiscing.

All of these guys are set to have major breakthrough roles at this year’s festival. Getting them back together in all their Straight Outta Compton glory would be icing on the cake.

Me and Earl and The Dying Girl

Last year’s Grand Jury Prize winner was an incredible, MEGA tear-jerker, so we’re excited to see what these three castmates have in store for us this year.

While Sundance won’t be blessed with Ms. Glazer’s presence, we cannot get enough of the remaining Broad City cast.

So what if they weren’t all in the same season? As long as QUEEN Sarah Paulson is around, we’ll take a group shot of these AHS alums any day!

It would almost be too good to be true seeing the *best* TV couple together again. Love you forever, Tami Taylor.

As if you need further proof that Saturday Night Live routinely churns out the best of the best talentwise, there’s over a decade’s worth of cast members we can’t wait to see all together at the festival.