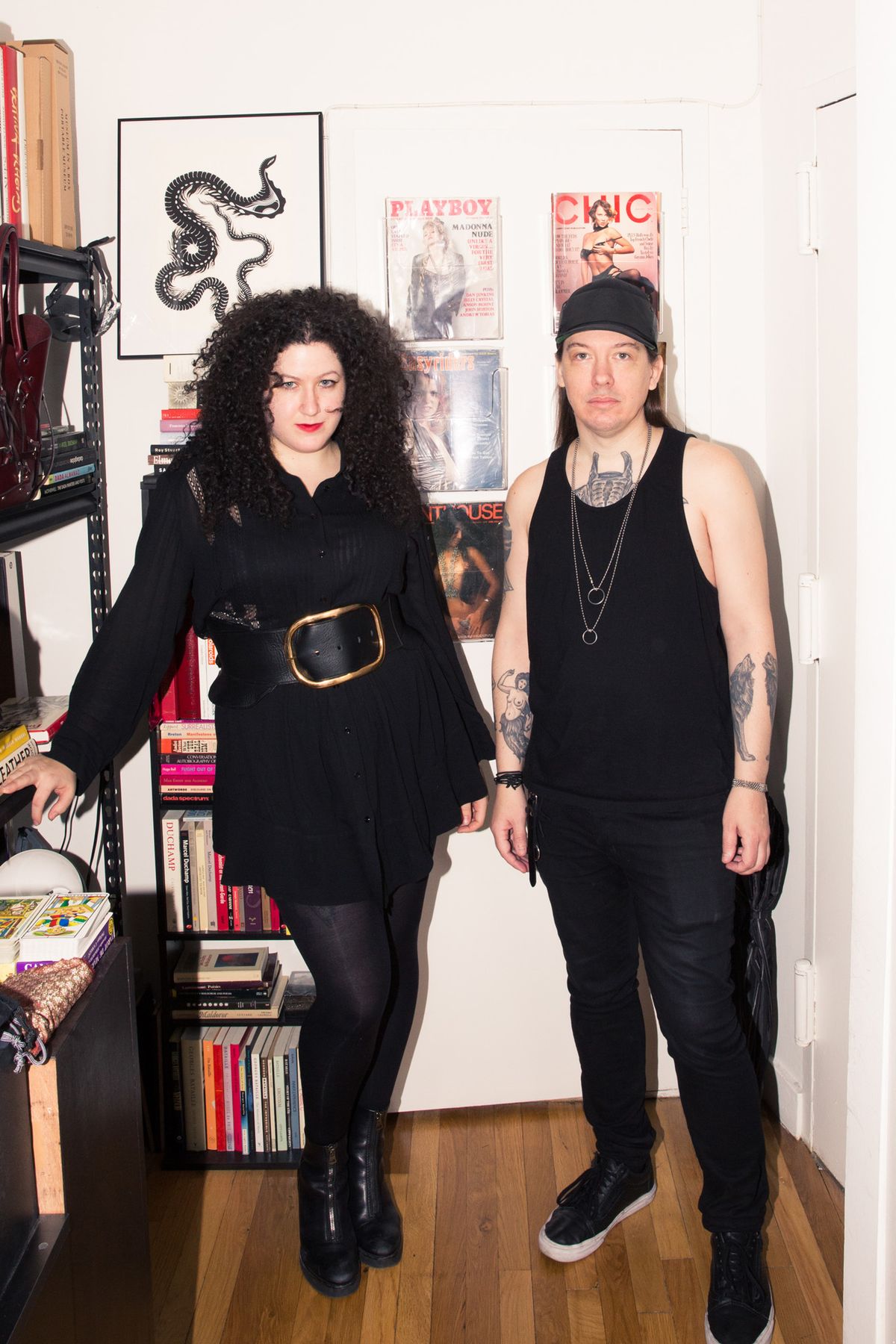 The designer (you’ve seen Beyoncé in her pieces) and photographer couple let us inside their Soho home.

Meagan Wilson
Alec Kugler
Noah Lehava
We give up all respect for anyone who’s unwaveringly devoted to their signature look—which means that the likes of Zana Bayne (and her partner, Todd Pendu) officially get serious praise from us. While Bayne has of course evolved since her first introduction to the digital fashion world—she was an OG fashion blogger from 2008 to 2012—all of the hallmark tenets of her signature style have remained. In fact, they’ve more than survived the onslaught of trends—they’ve made their way to her own eponymous leather brand (of which Pendu is co-creative director). See? Dedication. Welcoming us into their apartment, it was only a matter of time before we stumbled upon Pendu’s massive collection of vintage Penthouse, Playboy and Lui magazines stacked chronologically on a bookshelf and hung over the back of the door in lucite pockets (when he’s not co-creative-directing, he works as a fetish photographer). After flipping through a few choice covers, we continued on our mission, rolling a towering rack of his items aside before getting to the holy grail—the closet (spoiler: Zana takes up most of the closet space, and yes, it’s mostly black). While both are massive fans of the uniform approach (Todd swears he wears the same thing every day), they’re both quick to credit the brand’s success to a few choice stylists who put them on the map. Namely? The opportunity to outfit Beyoncé for her Formation Tour (a project they pulled together in 48 hours, but that’s another story—read below!). And despite their seemingly endless list of collaborators (and we do mean everyone—a pre-Vetements Lotta Volkova styled their first seasonal show), the name that’s behind the moment they call “the biggest thing”? None other than Rei Kawakubo of Comme des Garçons (is there anyone else, really?). Now click through the below to hear how it all went down.
Closet

The designer (you’ve seen Beyoncé in her pieces) and photographer couple let us inside their Soho home.