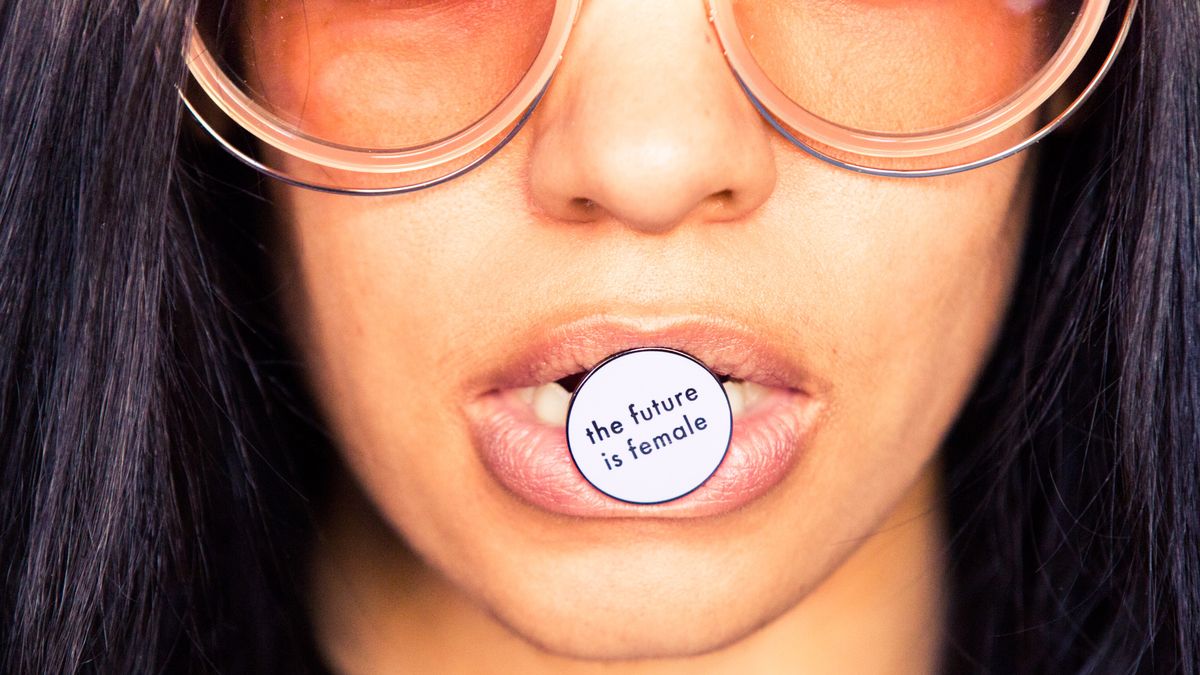 Here's how we can keep the good feminist times rolling (in a meaningful way) through 2017.

Before you freak out, and take to Twitter only to tell me you’ve been a feminist since you were in the womb and that 2016 was not the year that you finally realized your feminist calling; that you gave presentations about access to birth control in high school and spent the better part of college lecturing your frat-y friends about consent, give me a second. Because me too.

But something changed this year—beyond the (white) millennial Lena Dunham or Taylor Swift brands of feminism. Mostly because when my thumb did its reflexive gesture onto Instagram, there it was: feminism. And it’s pink!

“Something is happening, and that’s fantastic.”

To be fair, feminism—like every other movement centric to identity—had a particularly banner-making year in 2016. There was Hillary and her heartbreaking concession speech: “And to all the women, especially the young women, who put their faith in this campaign and in me: I want you to know that nothing has made me prouder than to be your champion.” Sob. Then there was the following stomach-sinking reality that this country still can’t pull itself out of its denial-sexism to elect a woman. Oh, and there was Trump. And Pussygate (I’m determined that that signifier stick like Watergate did to Nixon). And the reams of progress-destructing, inequality-creating, straight-up insulting rhetoric and policy promises that seem to follow, like so many misogynistic puppies, in our President-Elect’s wake. A banner year, to be sure. And activism has duly been spurred. (See you at the march?)

“The only challenge now, of course, is to actually make something out of it.”

But this year, feminism also became undeniably Instagram-friendly. Helped along by companies like Glossier that use girl-gang talk and empowering messaging (along with *that* color pink), the movement went from, well, movement, to commercially viable, Insta-girl fodder. It also became a club. Most especially in the form of The Wing, the all-female coworking and gathering space in Manhattan cofounded by millennial supergirl Audrey Gelman. I’ve visited once (although I’m not a paying member) and I can tell you that the vibe (power femme) and interiors (in, yes, that shade of pink, and oh-so-perfectly made for Instagram) make you feel pretty fucking cool. And now they’re selling—what else can I call it?—feminist merch: a “Self-Supporting” canvas tote bag for $40; a t-shirt that reads New York Woman in the New York Post graphic (also $40); very hip (one more time: very Instagrammable) matchbooks and pins emblazoned with clubby phrases like “League of Unusual Women.” There’s even (of all things) a shower cap covered in The Wing’s Tumblr-ready logo. And then came the “holy shit” realization: declaring your feminism is probably the trendiest thing a New York woman can do right now.

“The need is for activism, not only in posting a picture of your new Marilyn Minter for Planned Parenthood pin on Instagram.”

Again, don’t get me wrong: none of this is bad. Something is happening, and that’s fantastic. Now all you need is one of Dior’s Chimamanda Ngozi Adichie-co-opted We Should All Be Feminists t-shirts and you have something like a starter pack for a fourth-wave (?) feminist point of view. Feminism is finally out there to Like, and comment on, and, most importantly, make your own.

The only challenge now, of course, is to actually make something out of it. The need is for activism, not only in posting a picture of your new Marilyn Minter for Planned Parenthood pin on Instagram. It’s not just a look—Planned Parenthood could use a donation, too. “What is really exciting is that by posting one thing, we can share an enormous amount of information,” said Teresa Younger, president of the Ms. Foundation, when we spoke to her last month. “It can be used as a tool to help give people the opportunity to express themselves. The downside is that liking something or sharing something does not fully engage you in activism and advocacy in the way that we need people to.” In other words, may the Instagrammable-ness of feminism be a forever trend, but let it not stop there. Roll up your sleeves—there’s a whole lot more work to do.

Feminism
More From the series Living