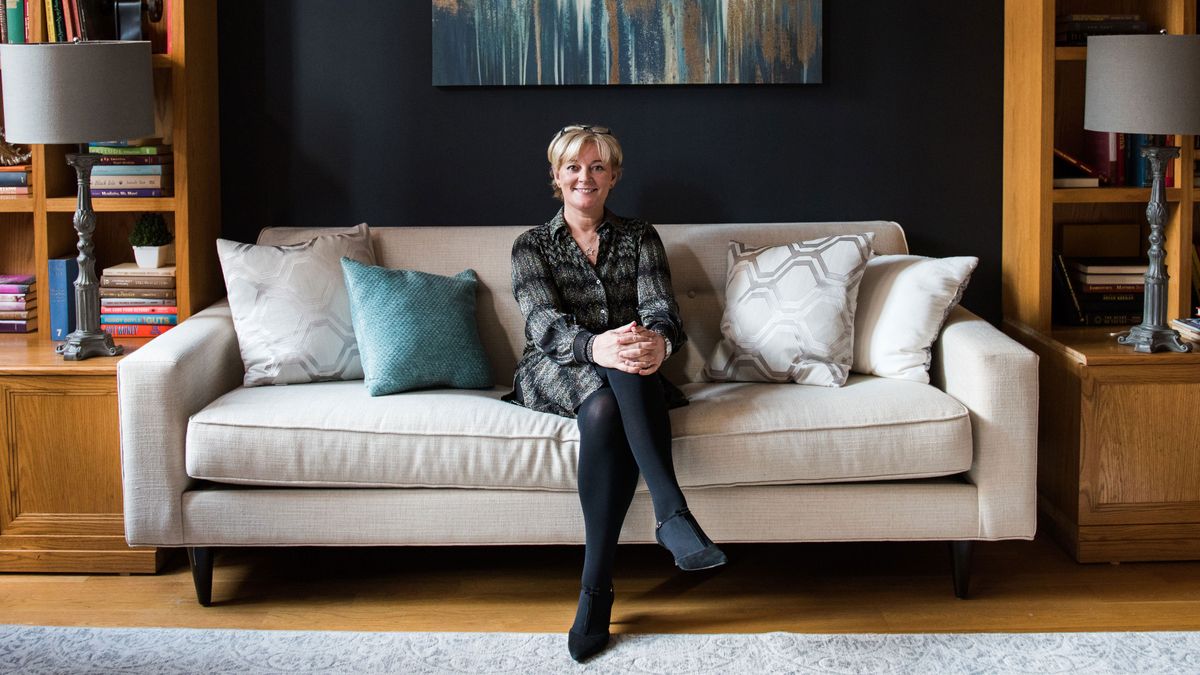 The name Jo Malone is a household one, mostly in reference to the British fragrance and lifestyle house, whose cult candles and scents decorate the shelves of women and men around the world. But the woman who founded the Jo Malone London brand is another story altogether. Malone sold her eponymous company to Estée Lauder in 1999, and now she’s making her resurgence in the fragrance world with her brand Jo Loves *and* a freshly penned memoir, Jo Malone: My Story.

“There are lots of lessons to learn along the way when you build a business. You need a passion for your product, you need to be resilient, don’t be frightened of tough times because they always come. I always say, ‘If you knock on the door and someone doesn’t answer, go around the back. If that doesn’t work, find a ladder, if you can’t find a ladder, build a tunnel,’” Malone told us when we sat down together during her recent visit to New York City. Which is to say that even a seasoned vet in the industry encounters hiccups too, which happened with her newest venture, Jo Loves: “My husband and I made a batch of bath oil and he filled the oils to the top with glass stoppers, even though I told him to leave an air bubble. The oil went under the lights and all the glass stoppers exploded. So that was the first lesson—listen to your wife!”

When asked how starting Jo Malone in the ’90s differed from a company in 2016, she explained, “It’s completely different, we have one little shop—but the world thinks we’re global and that there’s hundreds of Jo Love stores around the world. But it’s because I do a really good job of telling the story and making sure that the hunger for the product is there.” And of course, the setbacks that occur when you leave a namesake line and start a new one: “I assumed everyone knew that I’d left [Jo Malone London], which no one did, so I was standing over here saying, ‘No, no, I’m Jo and I’m over here!’ So that was a bit of a challenge, to say the least. I got all the packaging wrong at first, I did all red boxes, because I was trying to find my voice and who I was again. Normally when you build a business you do it behind closed curtains and no one sees that, but for me it was very public. I had to learn how to dust myself off and rethink how I wanted to build the business.”

Malone described the process of writing her memoir as “unpacking memories” and told us that she wanted to show both the negative and positive sides of her journey. “The book goes into all of the cracks in between, it tells you all the good things but also the moments when I was really struggling. Because that’s when you tell a story.

“My childhood wasn’t particularly easy, so writing my memoir was about unpacking a lot of those memories. One memory comes out and then you remember something else. I put the book down twice. And then I’d pick it back up, write another couple of pages, stop and keep going until I got to the next bit. Memories are very powerful because you feel the emotion again, so that was the hardest bit. I was never frightened about writing about the things that were tough because I think that’s what makes us human and I wanted this book to be very inspirational. I want people to be able to read it and think, ‘If she can do it, so can I.’”

And of course, being in the presence of a fragrance master, we had to inquire about the techniques for applying and wearing scent (because it’s not as simple as spray-and-go). “Jo Loves is about wearing fragrance differently and being the artist. So you pick up a paint brush and paint yourself with fragrance. I always wear two or three fragrances together, never just one. I look at my body like a canvas, so Pomelo or Mandarin will be my canvas and I’ll paint it over my body. Just take your paint brush and spray the fragrance onto that before putting it onto your body, so it dries it onto your skin. But remember the families sit together, so florals sit together, citruses sit together.”

Shot on location at onefinestay in New York.