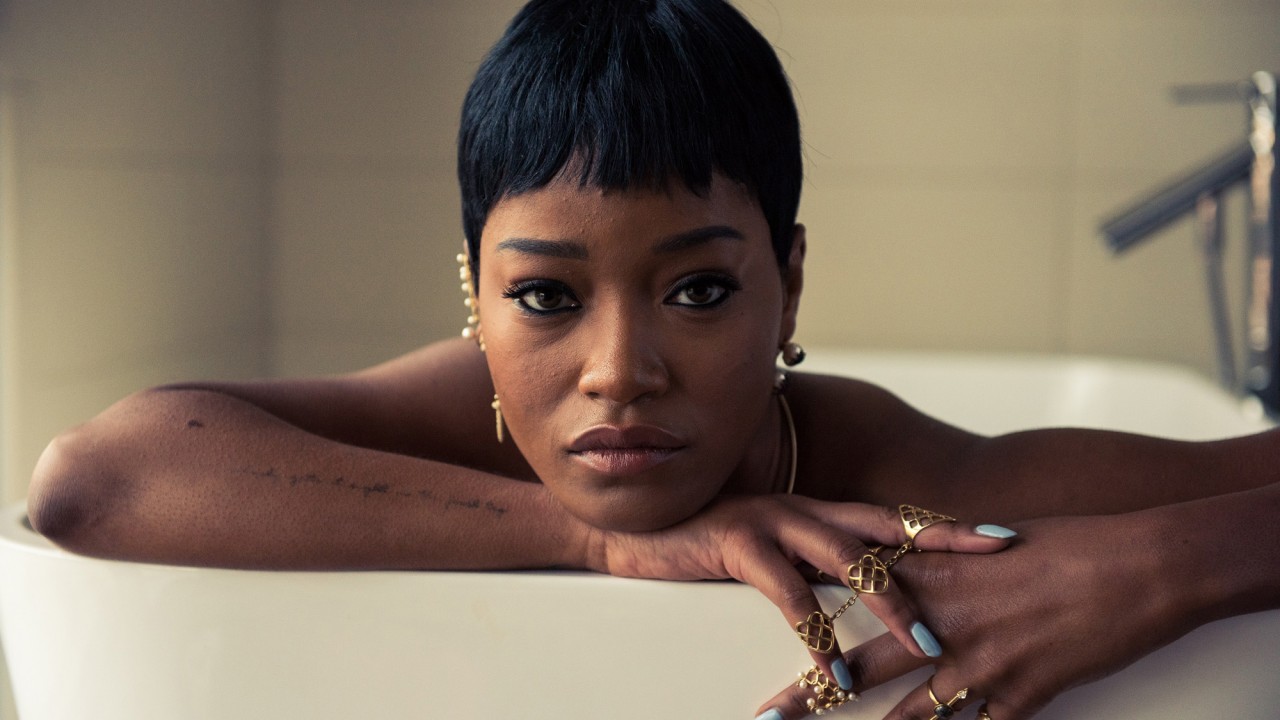 And 5 other tips from the entertainer who does her own makeup.

Recently we raided the wardrobe of actress Keke Palmer—who also can add singer, songwriter, and social media savant on her résumé. Beforehand, though, we did a quick Cov HQ poll and found out that (not surprisingly) most everyone wanted to know about Palmer’s beauty routine. Her ever-changing hair, her natural makeup look, her lipstick preferences, everything. So yeah, we had to come through for everyone in the office, and you guys, our readers! Straight after our fashion-heavy photo shoot we quizzed Palmer—who even did her own makeup the day of our shoot—for her IRL makeup tips.

“I love wigs. I’m wearing a wig today. My hair was originally a pixie cut, then I shaved off my sides so now I’m wearing wigs all the time because I can’t do any extensions. Tonight I’m going to get some braids because now I have enough hair. I really love wigs because I’m so into changing my look up, whether it’s with my makeup or hair. I’m a little bit crazier with my hair than I would be with my makeup, I’m always looking for a way to press that button and go there.

“My favorite [hairstyle] as of late would be the short hair because it’s so easy. I mean you put it on and it’s just like, ‘Boom, done, everything’s perfect.’ I don’t have to straighten it, I don’t have to do anything.”

2. Learn the Tricks of the Trade

“I do work with makeup artists of course, but certain times I’ll do my own makeup. I love makeup, I’m a huge makeup girl. Because it was a weak spot for me as a kid, I could never do my makeup that well and in the industry, I felt like people never got my complexion right, they would either make me too light or too dark. It took me years and after doing Broadway especially, I became really good at my makeup. It saved me so much time and so many feelings because it’s girls—and people in general—are serious about how they look so you want to make sure you look your best and that you are capable of doing that for yourself.”

3. It’s all About Lashes

“Lashes, lashes, lashes! That’s my huge beauty trick. Lashes give you that extra kick. It really does and you don’t have to pay an arm and a leg for them. My favorite currently are the mink lashes, Scott Barnes and Lilly Ghalichi have really great ones. But you can get great ones from CVS, too.”

“[If I had $10 at a drugstore] I’d get a foundation-and-concealer stick from Black Opal. An eyebrow pencil and eyeliner from CoverGirl. Then mascara and a lip or lashes. I love CoverGirl and Buxom for mascara, Nars foundation (a really good true-to-tone color for my complexion), MAC concealer, and Cover FX for powder.

“My go-to lip color is one of those darker pink colors from MAC, but I like to put on a Buxom color too. Buxom is my favorite lip gloss, I love them so much. I think they just have such a pretty gloss and my lips always feel so gorgeous when I have it on.”

“I admire how simple Aaliyah’s style was and her makeup was always very glamorous, but it was never too much. I like how she was able to capture that glamour with simplicity. I work with Daniel Chinchilla, who also does a lot of Ariana’s [Grande] makeup. She looks beautiful but she of course has different style than mine. Working with Daniel has helped me figure out how to tap into that glamorous vibe without having to be crazy with eyeshadow or lip color, but being simple, whether it’s a little eyeliner, a contour, or chunky lip color like a gloss.”