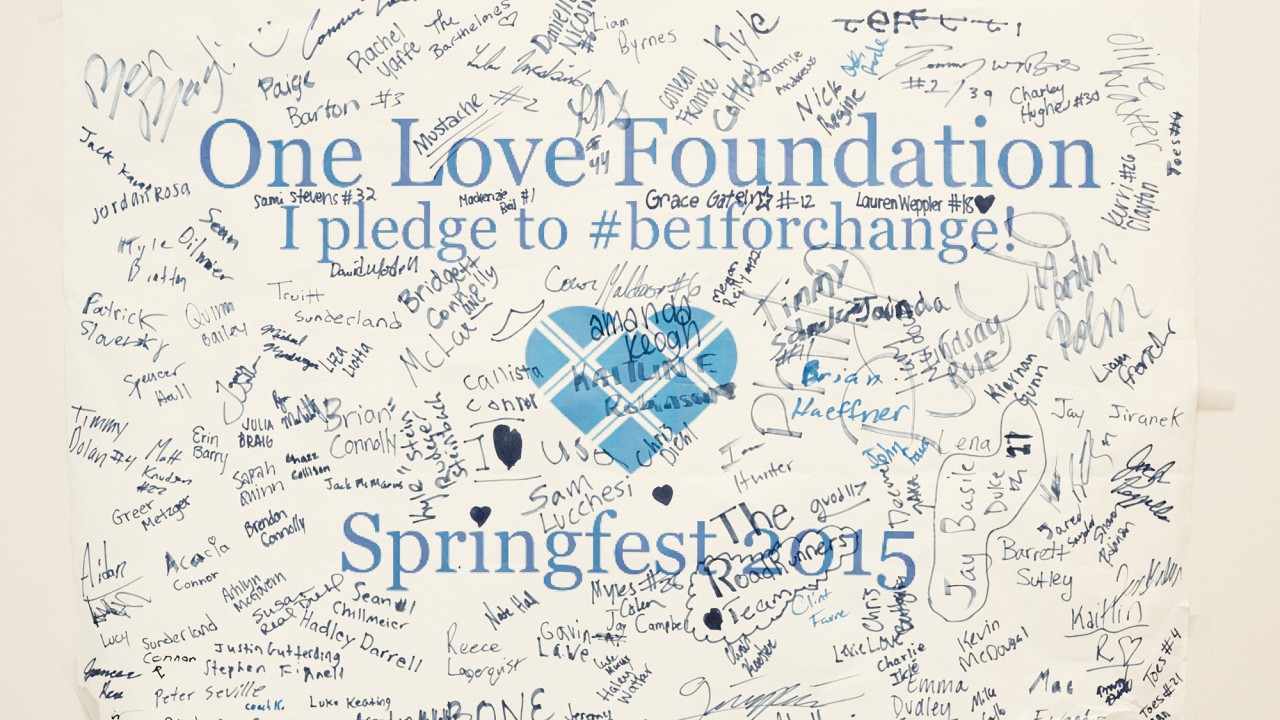 How One Love is Creating a Movement Around Ending Relationship Abuse

One Love Foundation, a philanthropic organization that organizes and raises awareness about relationship violence and abuse, was launched in the worst, if very necessary, way. On May 3, 2010, Yeardley Love, three weeks away from graduating from the University of Virginia, was beaten to death by her boyfriend. It was out of this tragedy that One Love was born, when Yeardley’s mother and sister, Sharon and Lexie Love, discovered that 1 in 3 women and 1 in 4 men experience relationship violence at some point in their lives, with women between the ages of 16 and 24 at three times greater risk. The organization wants women and men to know that if you’re able to recognize the nuanced signs early on, you can leave the relationship before physical violence occurs. It’s with this belief and powerful information in mind that One Love has grown and turned into a movement.

A few weeks ago, we visited One Love’s CEO, Katie Hood, at their offices in Bronxville, New York. Hood is the kind of powerhouse woman who could convince us that we should wear our shoes on the wrong feet if it would save the world. Before taking the reins at One Love in 2014, she was CEO at the Michael J. Fox Foundation—and now it’s her mission to spread the message that it is possible to change the statistics, with a little education. 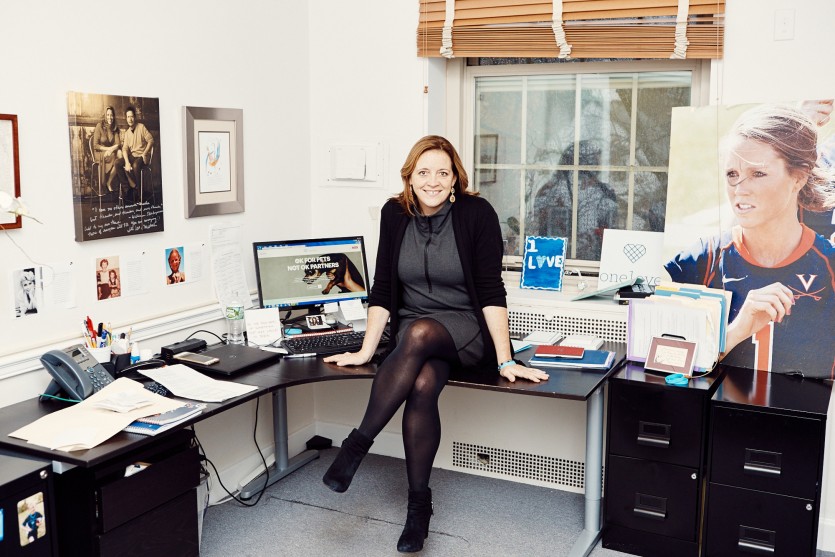 “It took Yeardley’s family a little while to focus on relationship violence. I think it was very hard for them to believe that the Yeardley they knew had been in an abusive relationship. If I’ve learned anything about people who are in abusive relationships, I’m constantly surprised by how our stereotypes of who that happens to are just dead wrong. It became clear to the family that if anyone had understood the behaviors of an unhealthy and abusive relationship—particularly the emotional end, but also some of the physical incidences—if they’d known the significance of them, people would’ve taken steps, would’ve taken actions to save her life.”

The galvanizing idea that lead to the conception of One Love has remained Hood’s driving idea.

“Sharon was like, I want to do for this issue what Mothers Against Drunk Driving have done for drunk driving. I want to shift the stigma from the abused to the abuser, and I want to teach bystanders to take away the keys. We had to get ahead of this; we have to try to wake kids up to the reality of this and teach them early on what this looks like so they could help themselves and help their friends.”

The first major action One Love took was to produce a 40-minute-long film called Escalation, which is a fictional depiction of a relationship and the warning signs of an unhealthy and violent relationship. If you watch the film, you’ll know that the reason it’s so affecting is because the situations are recognizable: you’ll see behavior from your friends’ relationships, and maybe even your own. 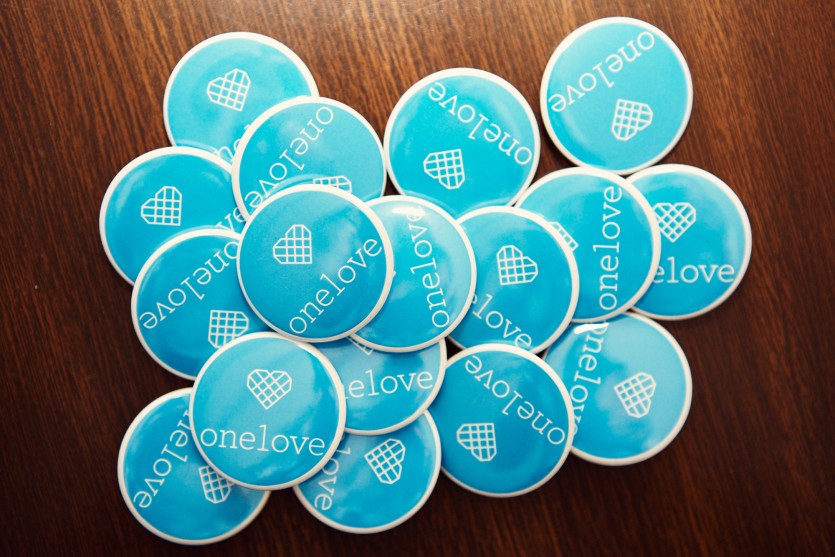 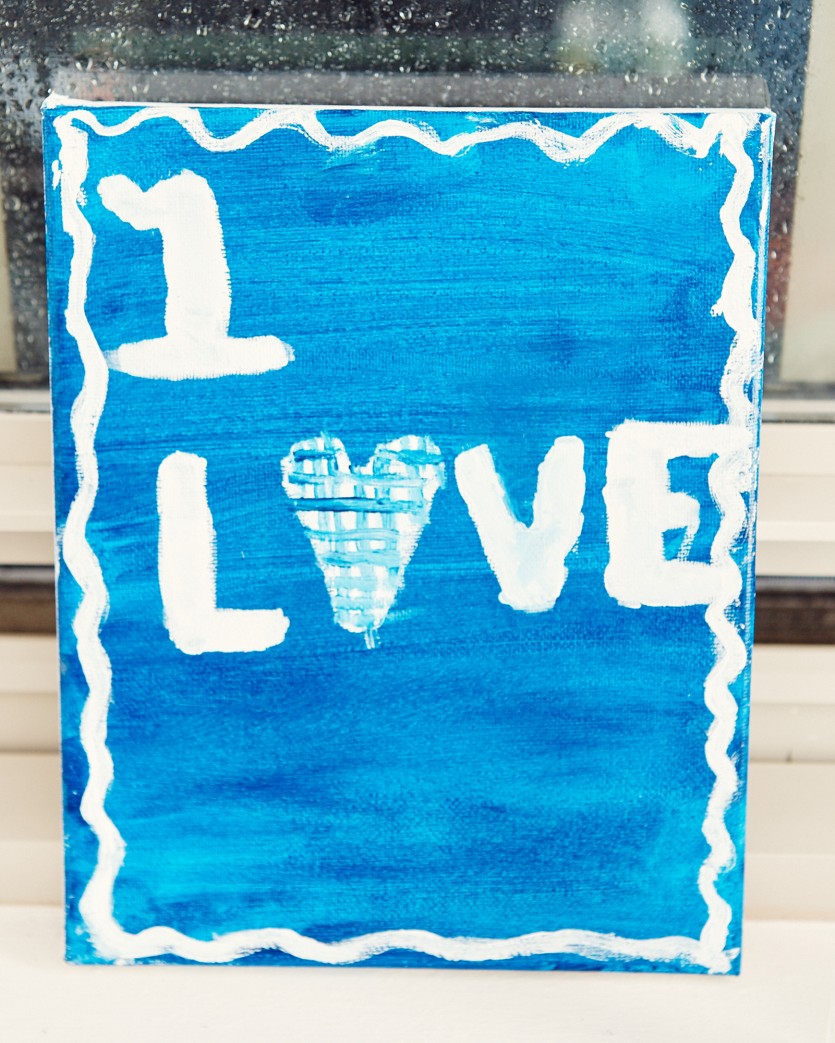 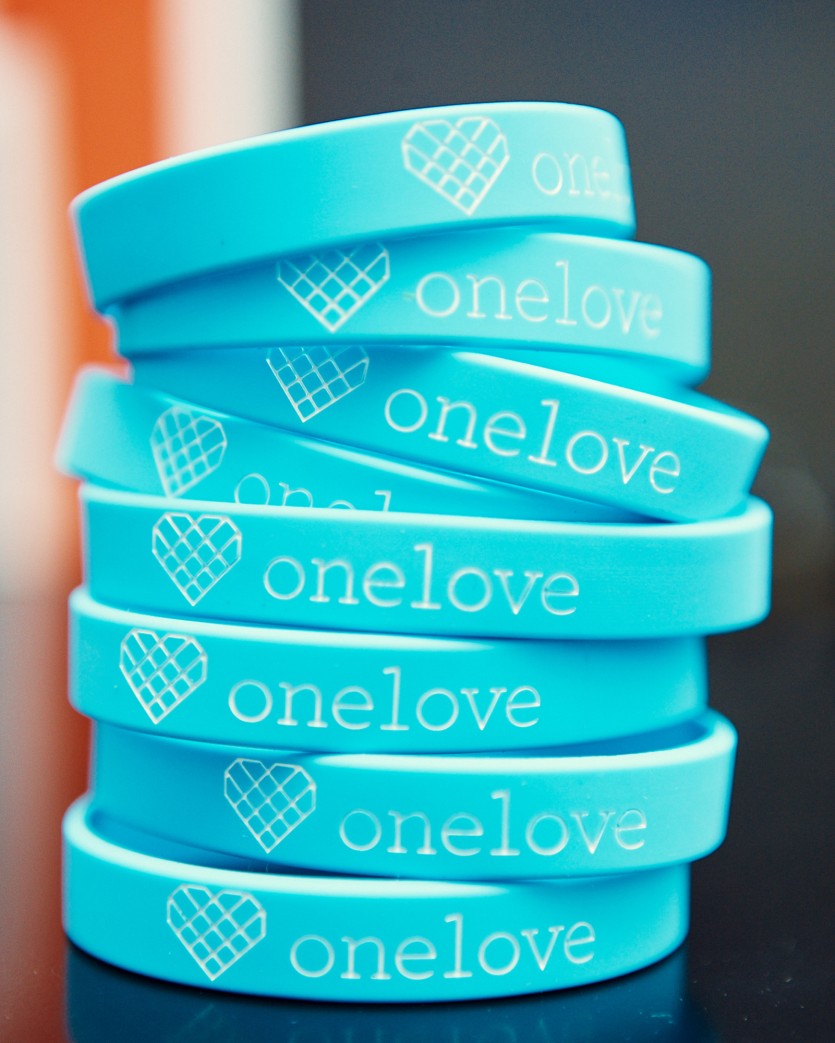 “It makes you very aware that this issue isn’t happening to someone somewhere else. You have seen this behavior before, you just didn’t know what you were seeing—but this could happen to you. Our real belief is that this is a zero-degree-of-separation issue. Because of that, this is not just a nice cause to get involved in, but it’s something we all have a selfish desire to get involved in.”

One Love hosts workshops at high schools and colleges around the country where they show Escalation and break into peer-run discussion groups. Since noticing the reception of the film and the conversations it started, they’re off and running.

“We could grow slowly and be measured and refine our model, or we could just go for it and try to get as many kids as possible to see this film. We think what One Love’s doing is totally different and unique: we’re starting conversations that nobody usually has. The film sparks conversation, #ThatsNotLove sparks conversation... Kids tell us no one’s ever taught them about healthy and unhealthy relationships. We have brought Escalation to 85,000 kids in just under two years.”

And now One Love has way more than the film to work with. This is about creating a movement: talking about abusive relationships, and, as Hood is adamant about, providing real tools to the potential victims and the friends and family who surround them that they can actually use to avoid these abusive relationships. Their movement-making strategy is an inspiration. 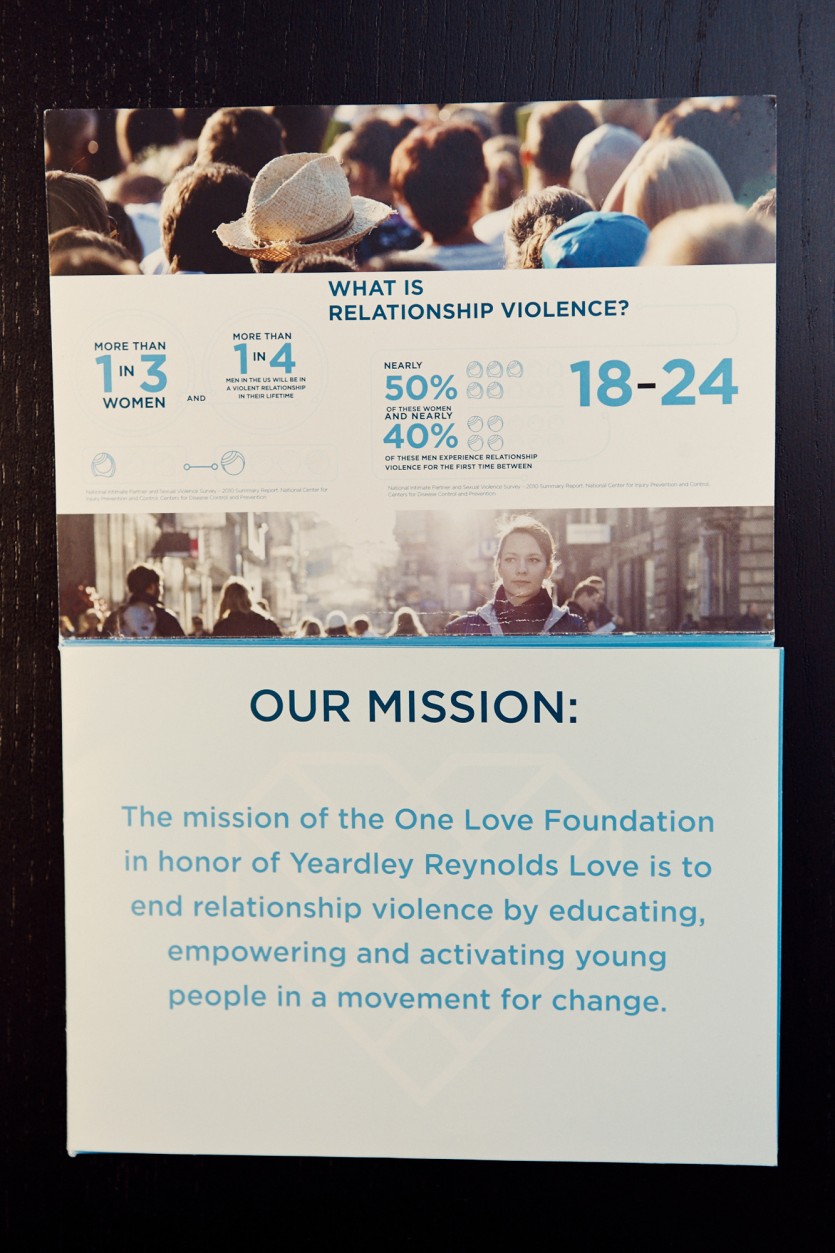 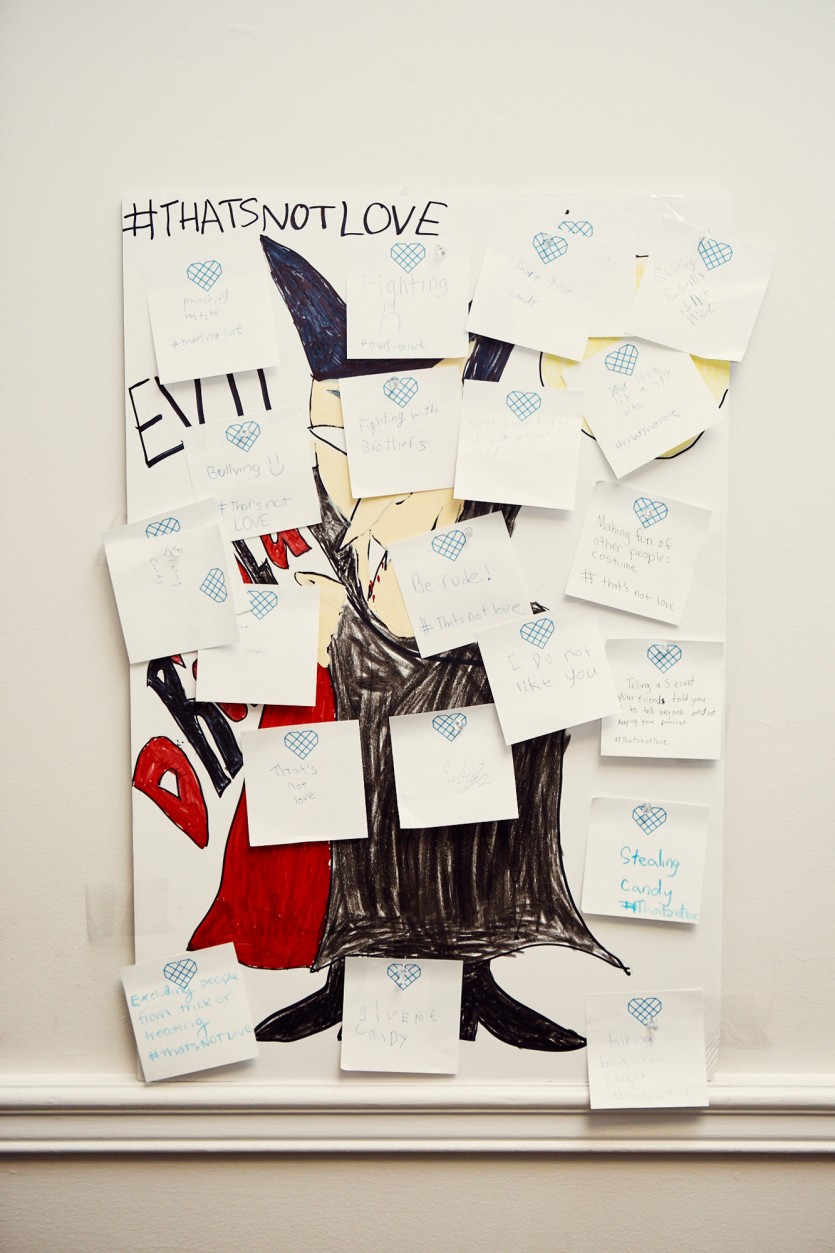 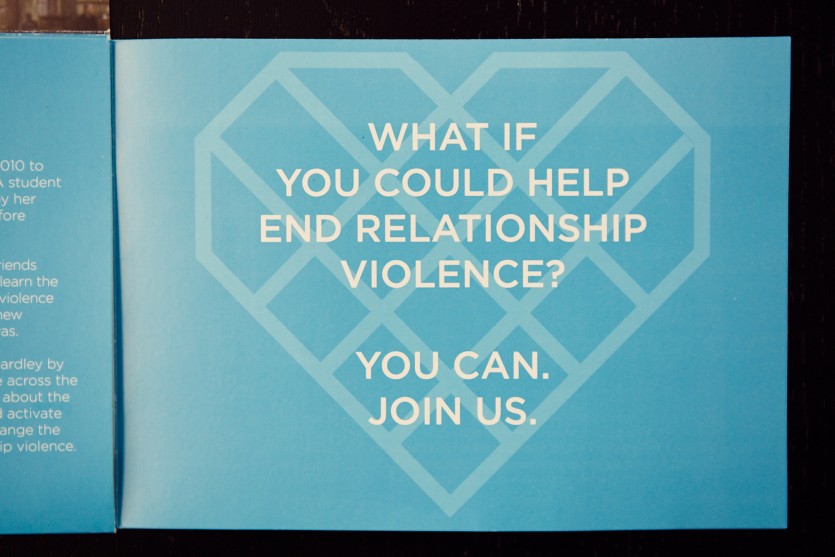 “This isn’t just about distributing this film—it’s about trying to start a movement. The first thing we know about this is, kids exist half in the real world and half in the digital world. The work we’re doing on campuses is amazing, but you need to surround that message in the digital world. We also need to show kids this is personal to them in much shorter bursts—if Escalation makes it clear at the end of the film in 38 minutes that you care about this issue, how do you bring that down to a minute or 30 seconds or 15 seconds?

“The second thing is that this is an incredibly hard issue to talk about. So we created a hashtag to make it easier. The #ThatsNotLove hashtag is really designed to say, what’s the difference between love and control? Instead of saying, your partner’s abusive, #ThatsNotLove makes it easier.

“The third thing is that you want to keep people interested by surprising them with different kinds of content. A lot of our campaigns are funny or cute. Yeardley’s mom and sister always believed there has to be a way to talk about this—to laugh even though it’s not a funny issue. People engage with positive stuff in a way they won’t engage with negative stuff. The idea with our couplets was these cartoon blobs that show you, in a very short time, acceptable behavior. You get it.

“We also have a few more campaign pieces: Asterisk and Love Labrynth. The latter completely exploded. It was the one people wanted to discuss—so many comments, so much disagreement. But that’s what we want: to start these conversations. 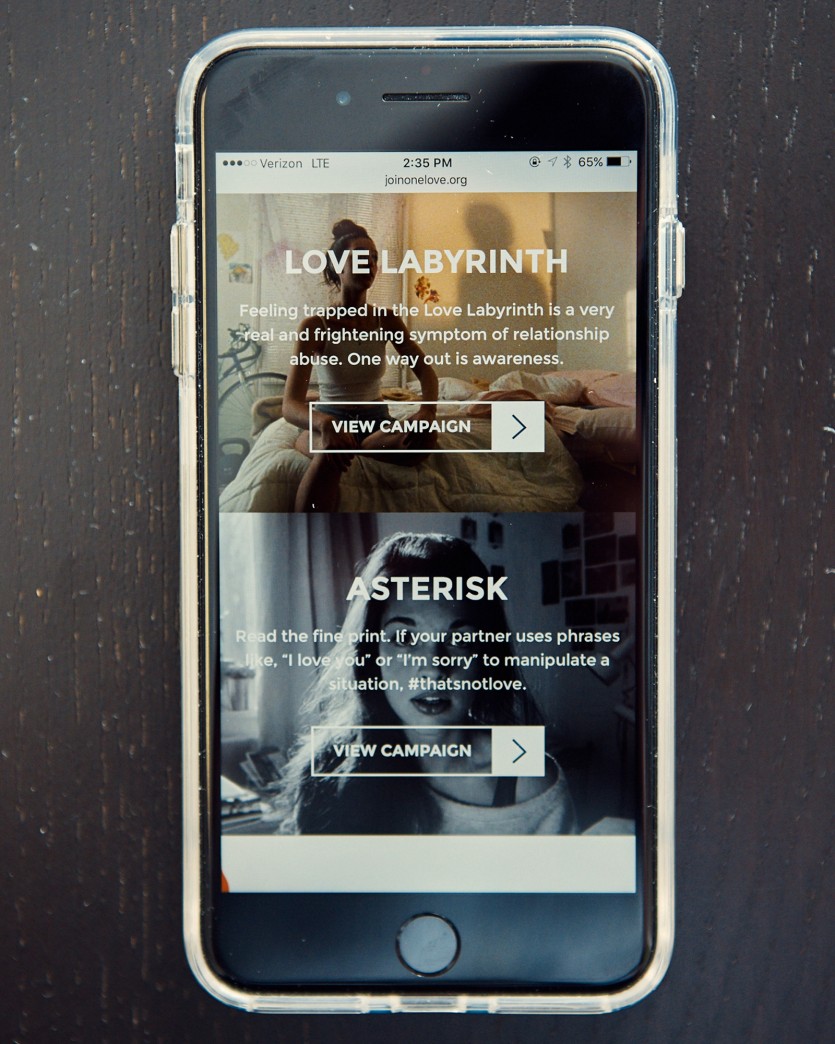 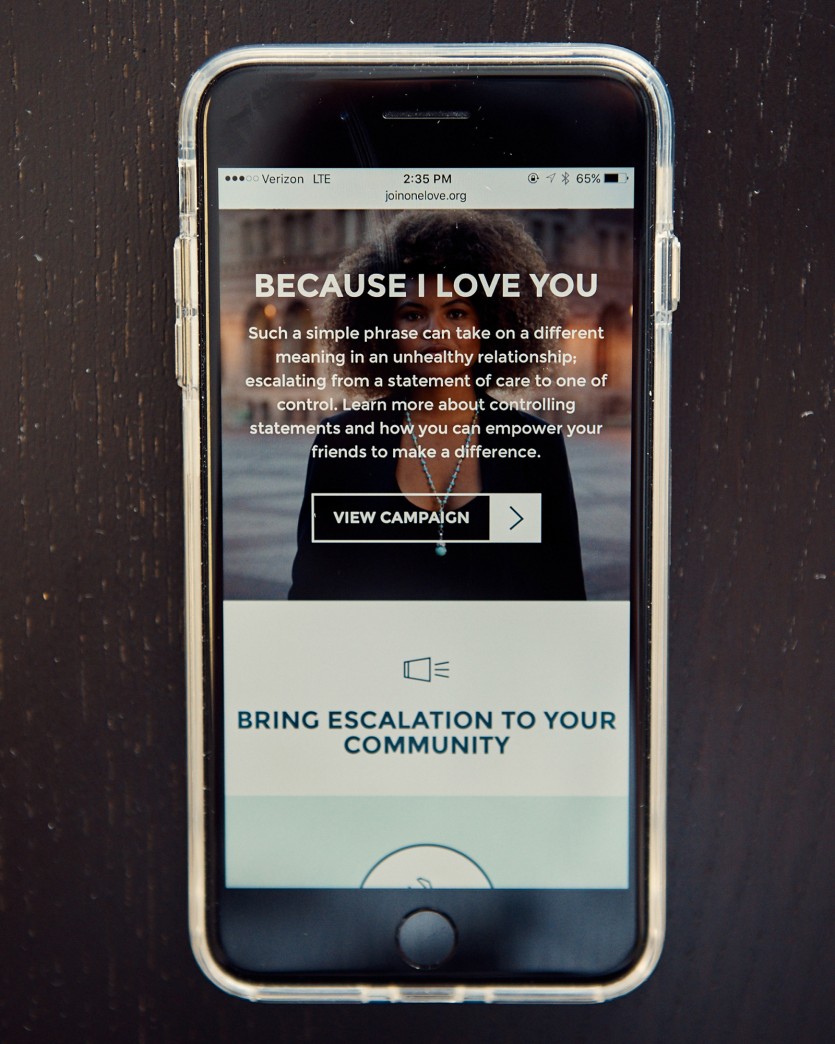 “Finally, we just did Pets vs. Partners and again, the whole idea is your pets do things all the time, but they’re cute and they’re pets, so you forgive them. But if your partner does it, you should realize you have a problem. It’s meant to be surprising.”

As much as One Love is creating the content that will spark these conversation, Hood notes that it’s the young people they’re reaching out to that will make it a movement—and make real change.

“We feel like we’re co-creating this movement with young people. We’re bringing them information they’ve never had before and they’re open to that information. There’s this incredible awakening, like, ‘Whoa, this is in my life, this could be my relationship. This could be my friend’s relationship’. We’re bringing them tools to start a conversation, but they’re the ones who are going to start a movement—and that’s what we want.”

The difference One Love wants to make—and has made already—is, honestly, pretty monumental. They’ve launched a conversation that, up until this point, has been extremely difficult to have, and offered real solutions by educating us on recognizing the early signs of violence. 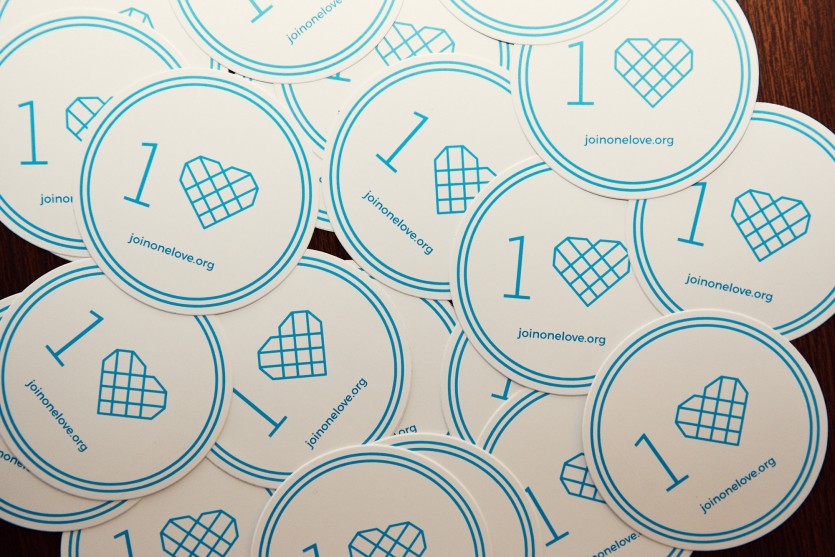 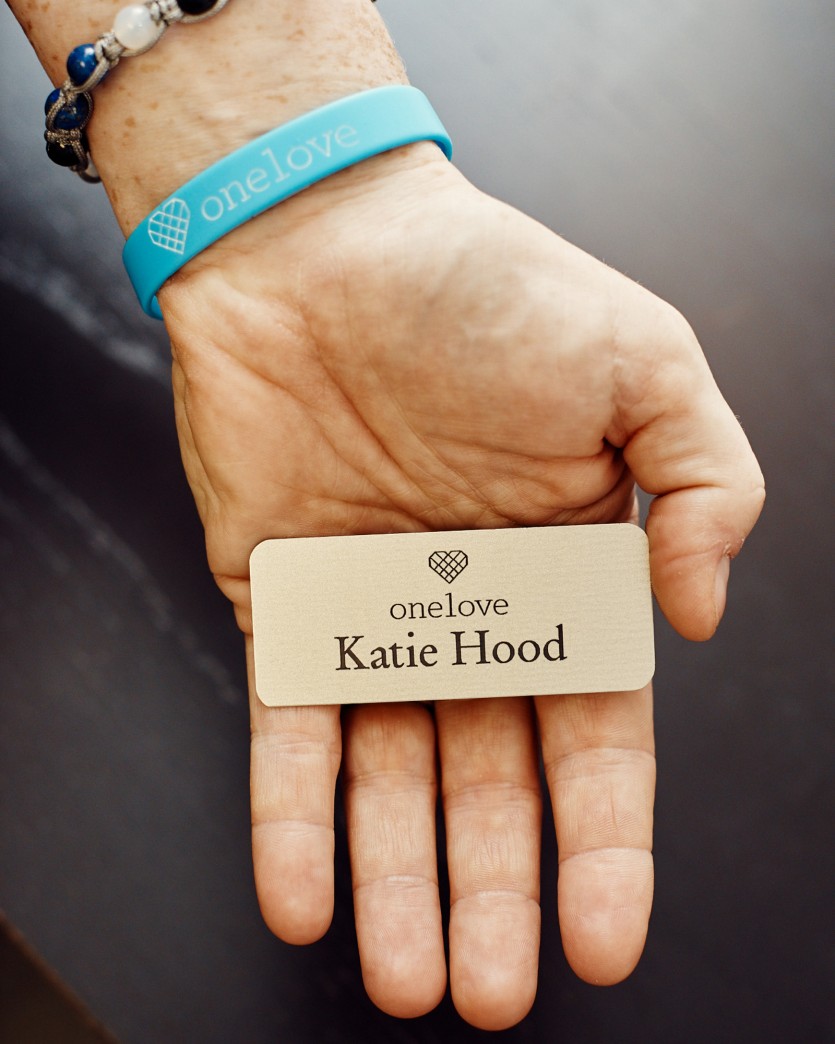 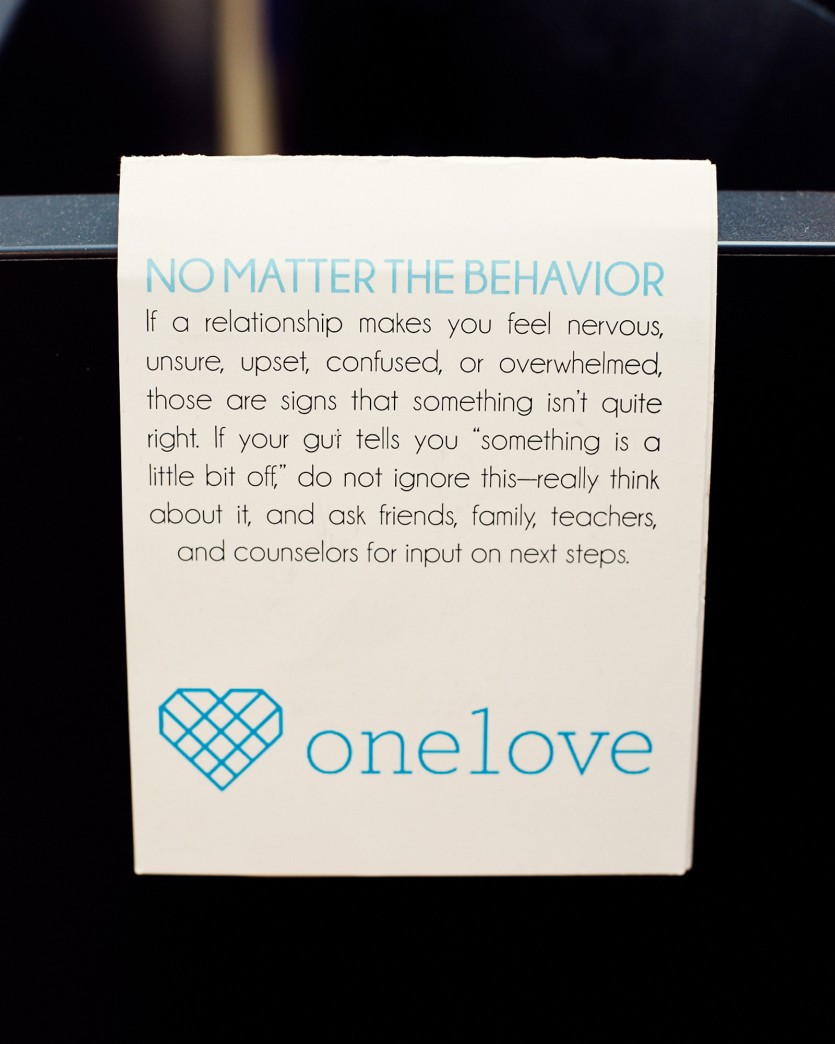 “We focus on emotional abuse because we consider it a gateway abuse. As soon as that Ray Rice [domestic violence] video came out, everybody knew what he did was wrong, but what people don’t understand is the more nuanced signs: how abuse develops. Why would you ever stay with someone who did that to you? Well, because it’s a really nuanced lead-up, and it can sneak up on you. There’s no blame there, but our belief is, if we can really educate people about the earliest signs—like when your significant other doesn’t want you hanging out with your friends or says your mom has always been against him or doesn’t want to go to family gatherings or only wants you to spend time with him—that’s called isolation and that’s a behavior that’s not healthy. Now, that doesn’t mean you’re in an abusive relationship, but you need to learn how to talk to your partner about it, because in a healthy relationship that doesn’t happen.”

So, yes, the goal is a lofty one. And one worth getting behind.

“If we could show people information that helps them help themselves and helps them have healthier relationships, not only will we end up affecting the stats on relationship violence and make sure what happened to Yeardley doesn’t happen to anyone else, but it’s going to have a trickle-down effect in a whole lot of other ways too.”

Inspired to get involved? You can host One Love and Escalation workshops at your own school or in your communities. And real change can be made—how empowering is that? 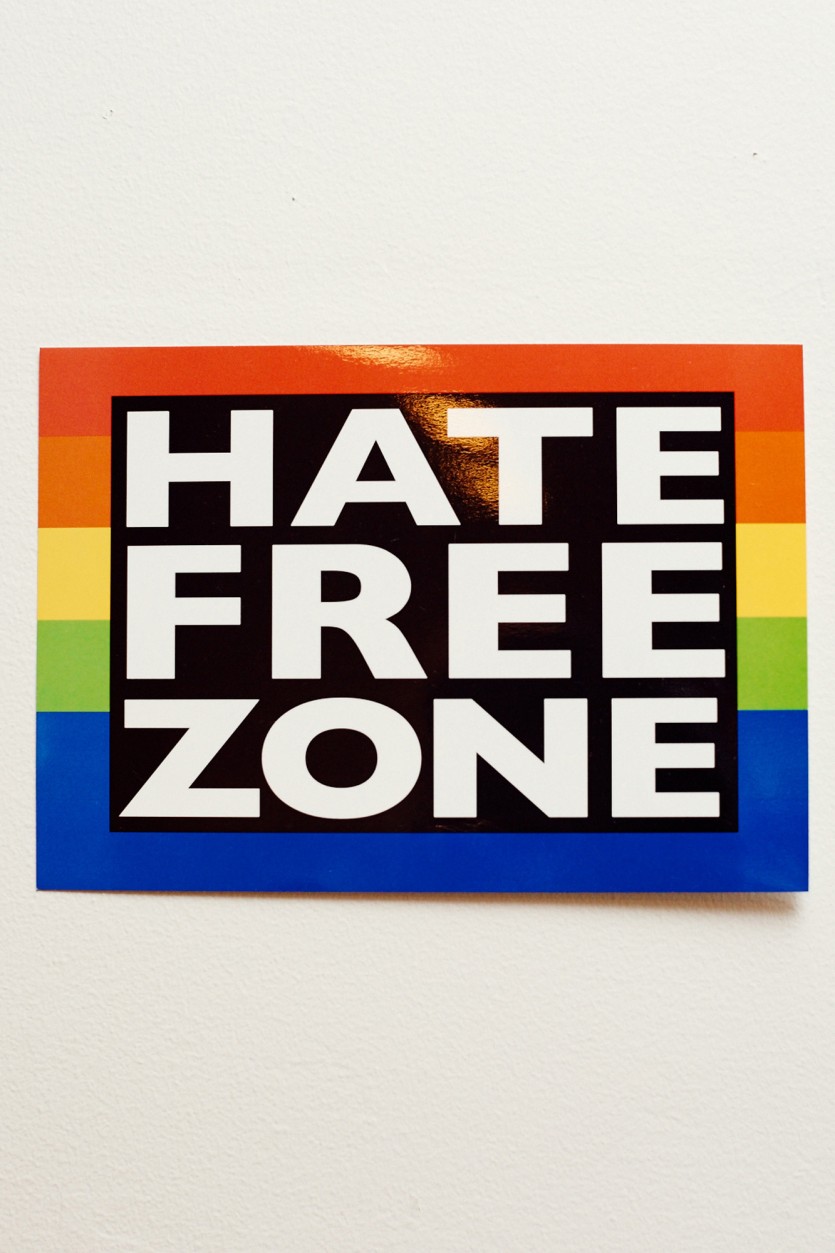 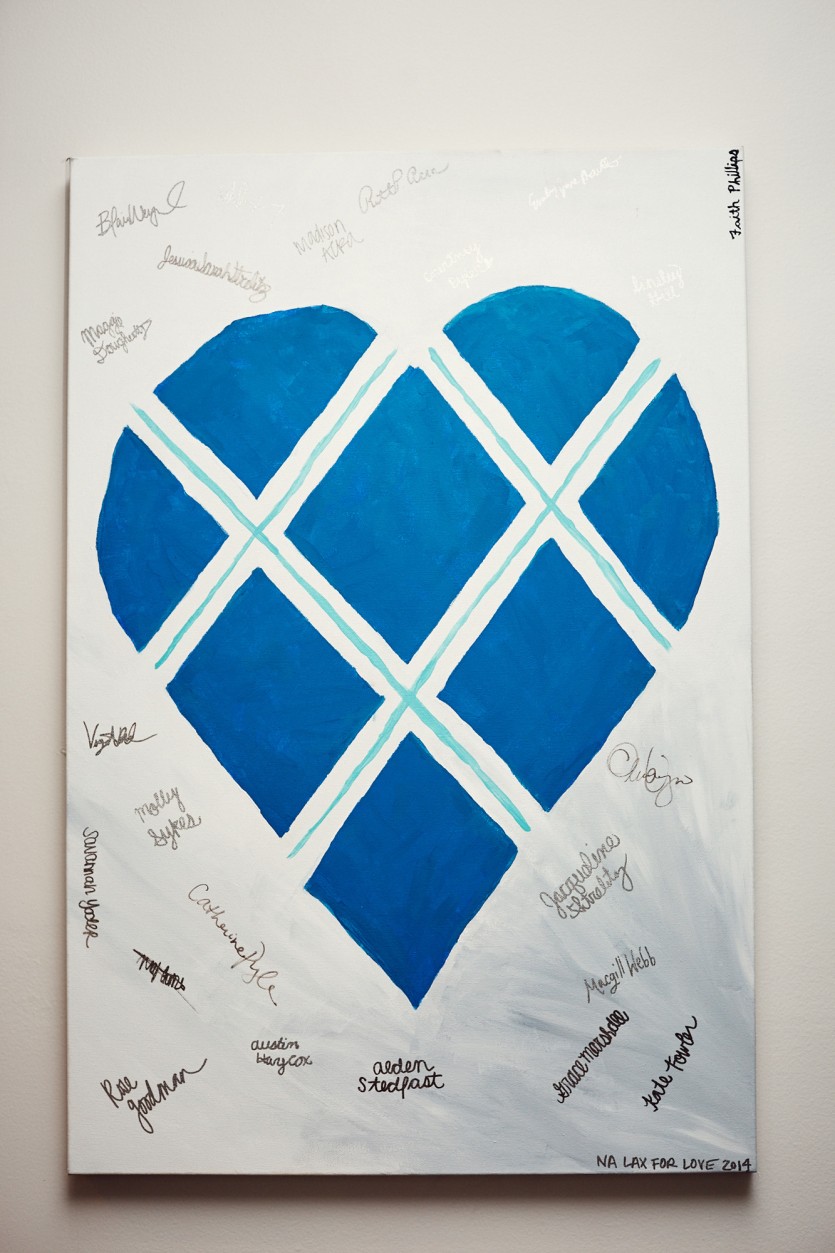