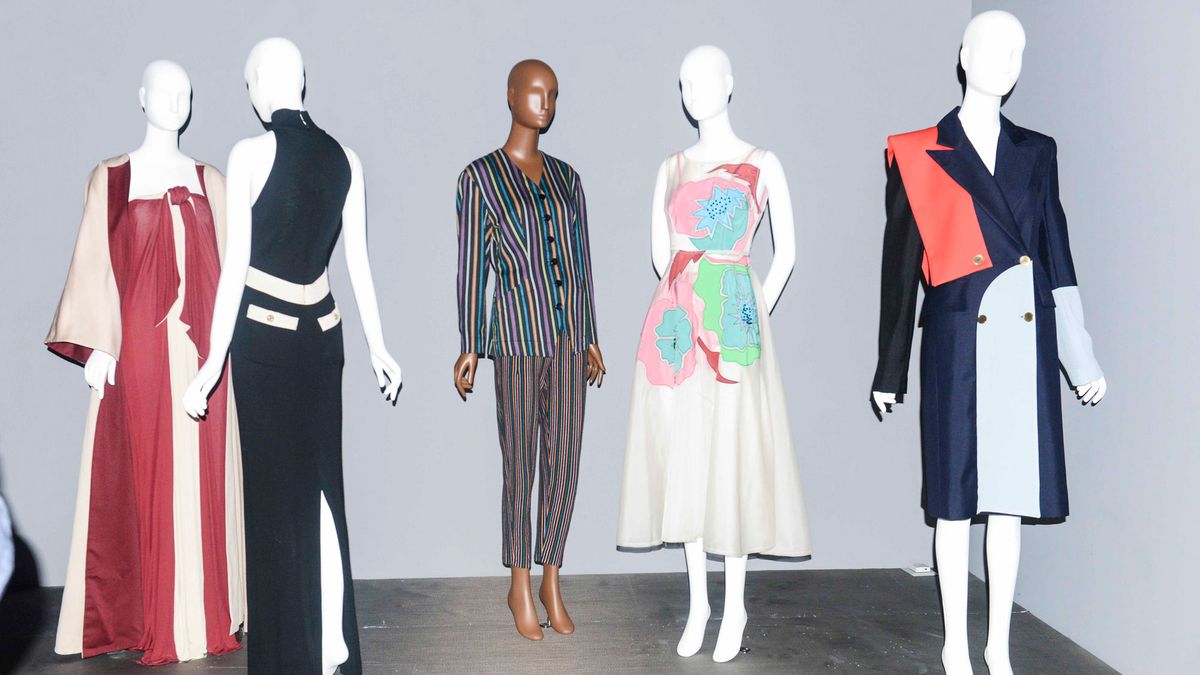 From Stephen Burrows to Pyer Moss, over 60+ Pan-African designers across several generations are on display.

In terms of fashion, 2016 was a year of several mic-drop moments including Zac Posen’s inclusive casting of 25 models of color (file under: #BlackModelsMatter) and up-and-coming designer Azede Jean-Pierre’s first show in Paris. With a push toward more inclusion across the board, the timing of The Museum at FIT’s exhibit couldn’t be more pivotal—or important for the state of fashion today.

Curated with the aim of exploring what a “black designer” is, The Museum at FIT’s tightly edited show highlights over 60 diverse works from an array of designers—many of whom you may have sadly never heard about. Take Ann Lowe for example. She’s the woman behind Jackie Kennedy’s stunning wedding dress, who went largely unrecognized. Lowe, along with Zelda Wynn Valdes, represent the turning point of 19th-century dressmakers transitioning into larger houses or namesake labels. The rise of notable 1970s designers like Willi Smith, Stephen Burrows, and Scott Barrie broke boundaries to pave the way for others including Eric Gaskins (who trained under Hubert de Givenchy), B Michael, Tracy Reese, and Mimi Plange, to name a few.

Still the startling statistic remains, black designers only make up 1 percent of those featured on Voguerunway.com. “Oftentimes in the press, if you ever hear somebody describe a ‘black designer,’ they always mention race first,” explains assistant curator of Costume and Textiles, Ariele Elia, who helped organize the exhibit. “I think [the label] really takes away from [the designers] actually discussing their work.”

Click through to read all about how the show came together, and why it’s so important to see. And if you’re in NYC and want to visit, you can find more information here.