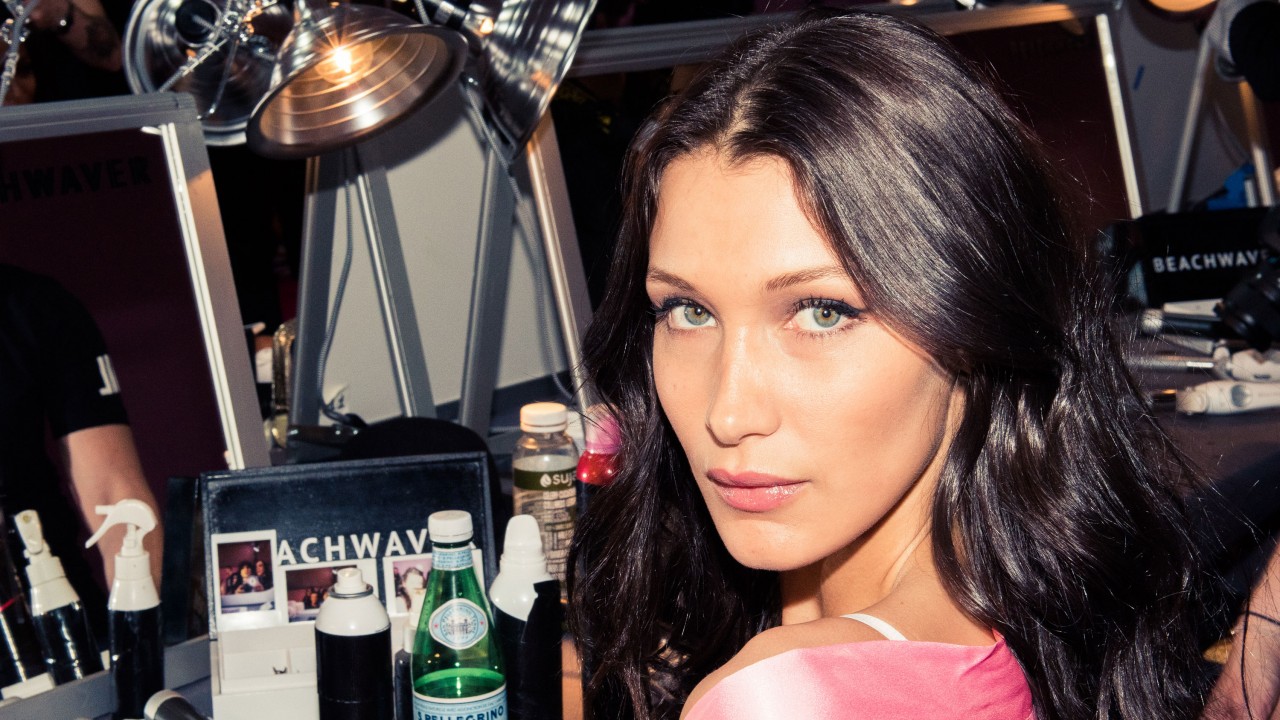 Backstage at the Victoria’s Secret Show with Bella Hadid

What was on the model’s mind right before she gave us *that* running-into-your-ex meme.

Backstage, before her BFD Victoria’s Secret debut last night, 20-year-old Bella Hadid was impressively calm and collected. Press and primpers vied for her attention, while diamanté bra-clad Angels screamed and giggled from atop a nearby table, but somehow Hadid graciously tuned them out.

That’s not to say that the other Hadid wasn’t happy to be there. “My sister and I have been watching this show since we were kids. It was definitely a dream of ours…though possibly more so for my sister than for me.” Once a competitive equestrian rider, Bella told us how her love of sports came in handy while preparing to wear nothing but lingerie in front of millions (see it all tonight at 10 EST!).

Still, the intensity of the past months’ training was enough to challenge even the most athletic of models. “When I was younger, and would watch all the supermodels do this, I just had no idea how much work went into it. Now I can tell you it’s a lot. It’s time. It’s effort.” 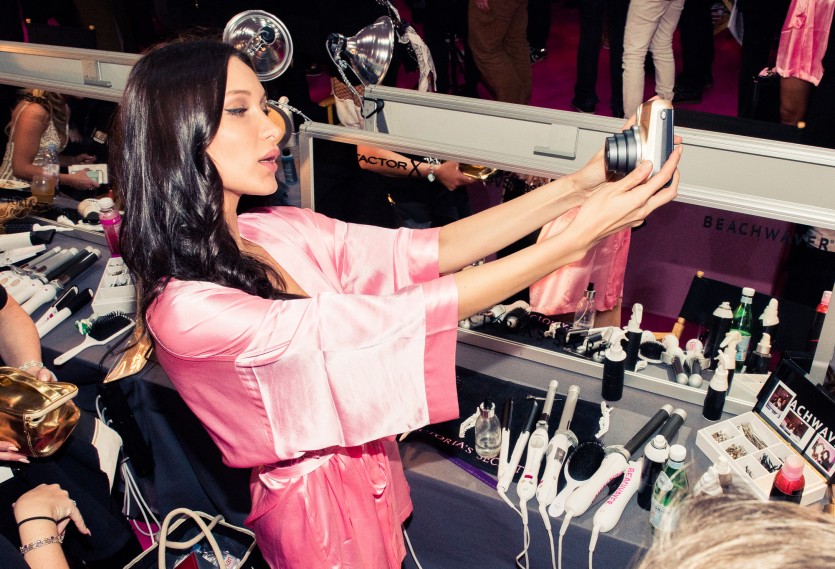 Worth it? Well, if the moment a breathtakingly beautiful Hadid glided by ex-boyfriend The Weeknd as he performed on stage was anything to go by, that’s a very big yes. Her winged corset getup and that piercing look as she walked is meme gold. “When you look fly AF and secretly hope you run into your ex.” Check.

But with a day’s work done, there’s a little extra room in Hadid’s world. Reflecting on the past year, she explains how she’s sought to find her place in the conversation. “Without going into my specific politics, I will say how very important it is for people like me, with big social media followings, to use them for good. Having a voice is the best part of what I do.” 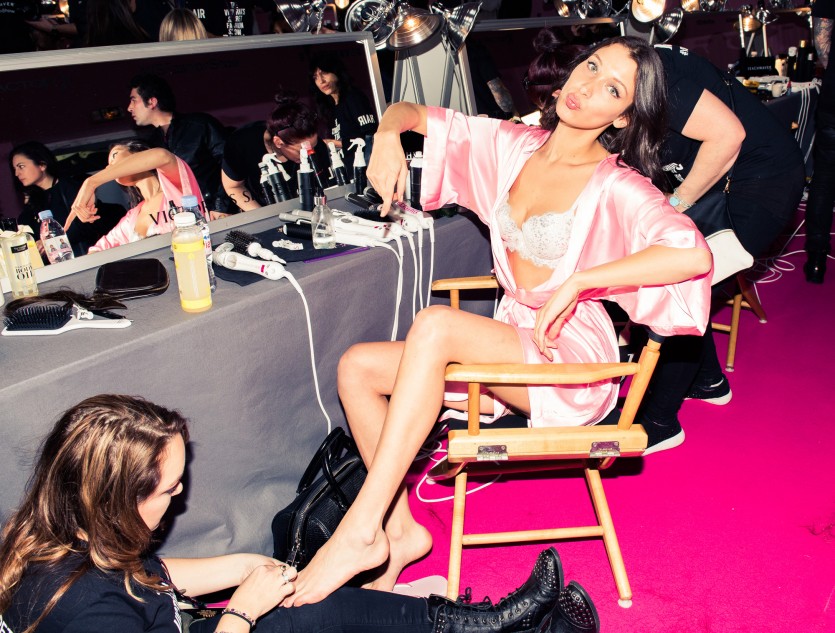