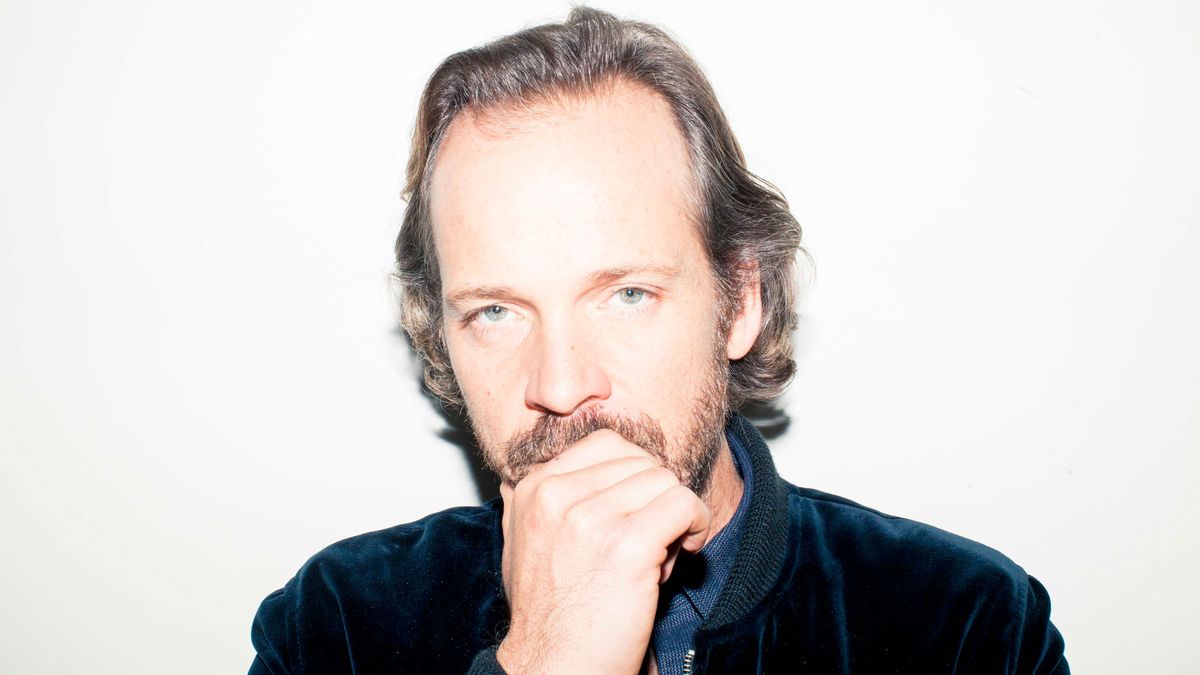 The 5 Reasons You Need to See Jackie, According to Peter Sarsgaard

He plays Bobby Kennedy in the much-anticipated biopic.

Guys, if you do one thing this weekend, see Jackie—even before buying these Aquazzura party shoes at 50% off. Seriously though: it’s fantastic, and deserves all the Oscars. So, after seeing a screening (we’re still following our own advice and seeing it this weekend), we were pretty excited to sit down with Peter Sarsgaard, aka Bobby Kennedy, who, alongside Natalie Portman’s titular Jackie, must deal with the aftermath of JFK’s assassination, which launches into this very personal version of an event we all thought we already knew everything there was to know about. As it turns out, Sarsgaard was just as thrilled by the movie as we are. Here’s why he thinks you should follow our advice, too, from his fake teeth (will you notice them?) to the fact that the movie is just really, really pretty.

1. You’ll see the cast transform into the Kennedys:

“The only thing I did was I knew I had to have hair that wasn’t my hair, and talk a certain way. I listened to him talking, talking to his brother, different tapes of him just talking—there’s like a lot of it. I read about him—where he was from, how he grew up. I thought about why he might be as tough as he was. I wished I were smaller—it’s funny because he probably wished he were bigger. I wore clothing that was too large, which he frequently did. His suits were often pretty ill-fitting. The other thing I did which was wear false teeth. I actually only wear them occasionally in the movie. And Pablo [Larraín, the director] didn’t know. They’re subliminal. It’s a very minor thing that happens to my face in the movie, but it pushes my mouth out a little bit and gives my face a different shape. Bobby Kennedy had these teeth that everybody around him noted—it was this thing that kept him from being the conventional beauty. I wanted to have something like that, that was something to hide. I think most people who watch won’t know quite what was different about my face. That’s all it is, there’s nothing else.”

2. You get the non-fairy-tale version of the story (something close to what might be the truth):

“There was a part of me that felt a responsibility to portray the Kennedys in a good light, but I think that’s because I grew up doing the Pledge of Allegiance every morning, and he [was] a president and stuff [laughs]. Historically, it’s important because some people don’t know who Jackie is.

Thankfully the movie doesn’t get into that kind of storytelling: what’s in the movie are the facts of what happened, which is this wildly violent thing that was recorded publicly. She was sitting there, and it must’ve been a crazy experience—insanely violent—and then she put on the most gorgeous funeral ever seen four days later. She is doing something amazing for the country while probably on really unsteady ground.”

3. There’s a whole lot of subtext (read into it what you will):

“We both [Natalie and I] had read about people who’ve said they had some sort of romantic thing. Once or twice, Pablo [Larraín, director] was like, ‘stay really close to her face.’ Intimacy in grief can become anything. I always knew that I had to trust Pablo and explore all the alternate realities and not just do the history book.”

“If I were Caroline [Kennedy] I wouldn’t be interested in seeing the movie, which I think is totally fair. It doesn’t dishonor them as people, because I don’t think it’s a salacious tell-all. It’s deeply human.”

4. You’ll get a non-American’s point of view:

“It was cool to have an outsider [as director]. Pablo sees it from the point of view of someone who’s very familiar with politics—his family is involved in Chilean politics, so he’s looking at it just like another political family. But he hasn’t looked at the Zapruder tape [of JFK being shot], like, a million times [like Americans have]. He didn’t even know about the [televised] White House tour [that Jackie did]; he learned about it as he got the script. He was able to look at those things with fresh eyes. I don’t think an American would have ever thought twice about putting the White House tour in there. What does that have to do with it?”

“Pablo is an artist. The film has so much beauty in it that I think it makes it manageable in terms of all the grief. I got to be in a movie that has a shot like these in it—that’s so cool. I love the shot where Jackie leans up against the glass and all the faces are going by [the car] and you sort of see the distance between her and the world. She’s like a movie star almost. Or with her veil when you see her face, where a shot could just say way more than any script could.”