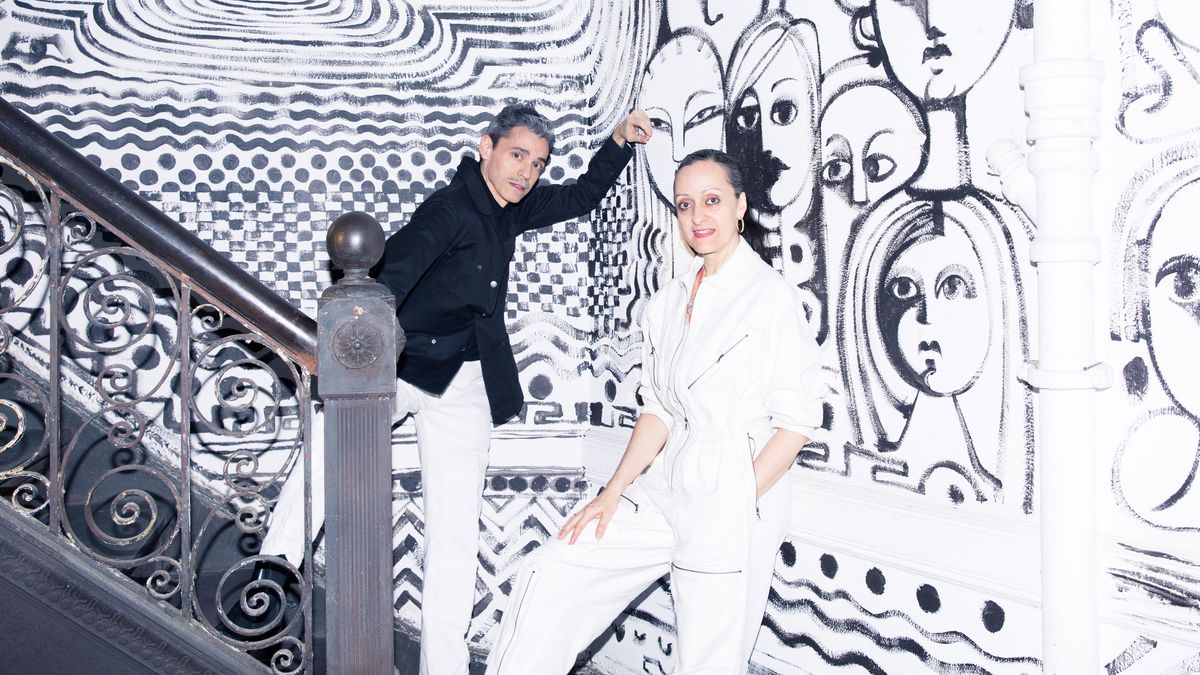 Ruben and Isabel Toledo are decor *and* relationship goals, all in one.

It’s safe to say there’s no other place in New York—or on earth—quite like the home of Isabel and Ruben Toledo. And to be honest, we’re not quite sure how to describe it, or them, being that both it and they are absolutely singular in a city filled with, um, literally everything.

Starting at the basics, Ruben is an artist—a painter and illustrator who also happens to make sculptural mannequins (inspired by his soul mate’s work), hand-blows glass sculptures in Dale Chihuly’s factory, and collaborates with the likes of Louis Vuitton. Isabel is a fashion designer—but really, it’s more apt to say that her pieces are themselves works of art, playing with texture and material, volume and anatomy...and that’s all before mentioning her fragrance line with retailer Lane Bryant, for which Ruben designs the packaging. Their work, like their lives, are so closely intertwined that from the outside it looks like their practices are one and the same. But after meeting them you find that they’re such a perfect pair (they’ve been an item since they were 13) that they’ve grown together like two vines. “A tree can [fall down very easily],” says Isabel, “but a vine moves and is very difficult to knock down.”

In the scheme of the New York art and style world, they are absolute fixtures and legends—icons the likes of which you worry won’t exist with each new generation of newcomers. They’ve partied with Warhol and Basquiat, and came of age during one of the most creatively charged periods of the city’s history—in fact, they played a large part in them. Their first “official” collaborative work is currently on view at the Columbus Art Museum in Ohio.

And this is all before even touching on their actual home—which is even more unbelievable than one might expect. They occupy three levels of a stunning Flatiron building, having lived there for decades. The penthouse (with floor-to-ceiling windows looking out on the Empire State Building) serves as Ruben’s studio, and it was there that we met them, got a tour of their work, Isabel’s to-die-for Tiffany jewelry collection (so. many. Bone Cuffs.), and heard all about her newest fragrance for Lane Bryant, Isabel, Isabel.

Meeting them, we got the sense we were in the presence of something absolutely rare and precious—their creative confidence, and their love for one another. But more than anything, there was just so much to see.

Click through to get just a tiny peek into how two of New York’s most beloved creatives live and work together.