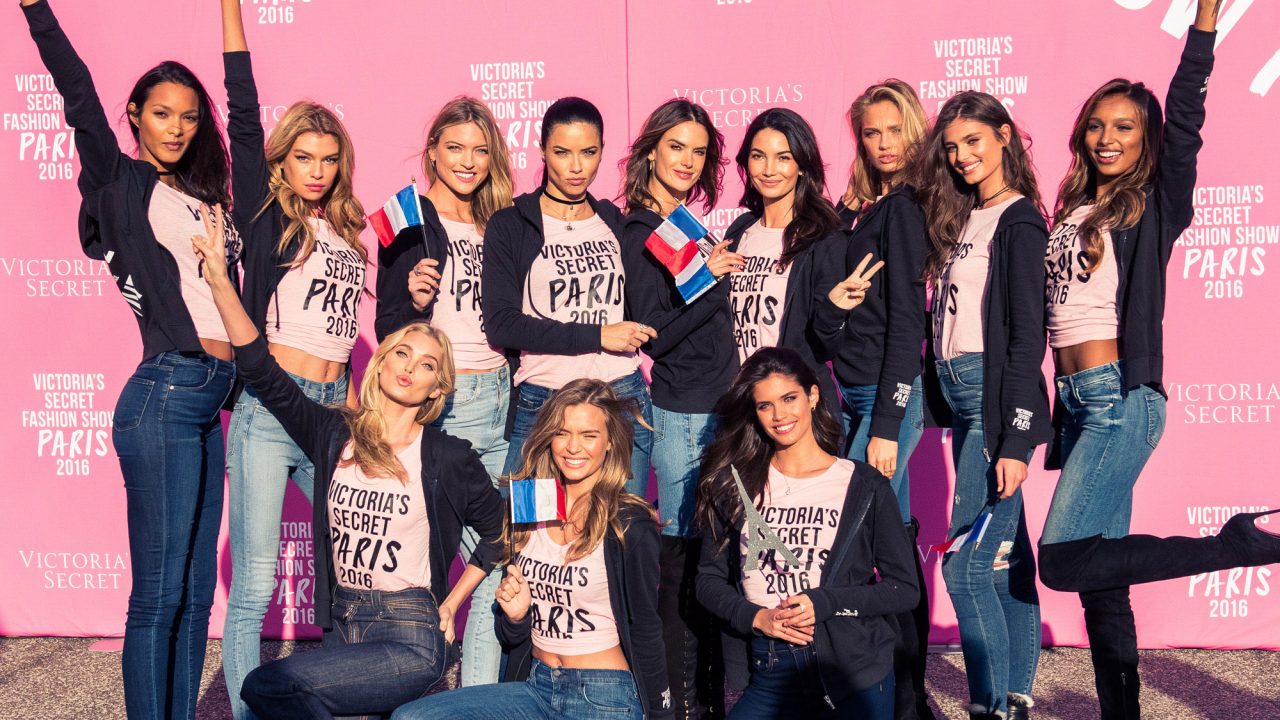 We took lots and lots of pictures.

You don’t want to see us when we’re boarding a plane. Mostly because we’re usually wearing some form of billowing, comfortable-with-a-capital-C pants (we know, the shame), hauling a tote bag overflowing with toiletries, a supersized scarf and a bikini we threw in at the last minute *just in case* (who do we think we are?), with our face covered in the biggest sunglasses we own. In other words, getting through the airports and the various TSA and gate-finding struggles that invariably involves, is, for us, the complete opposite of living our best life. 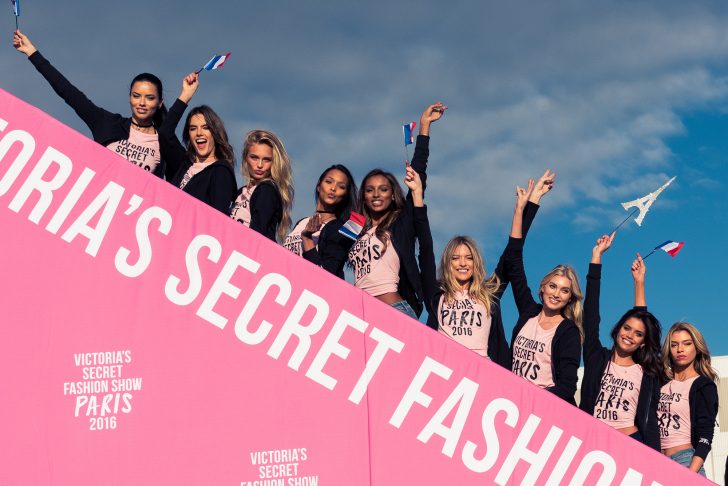 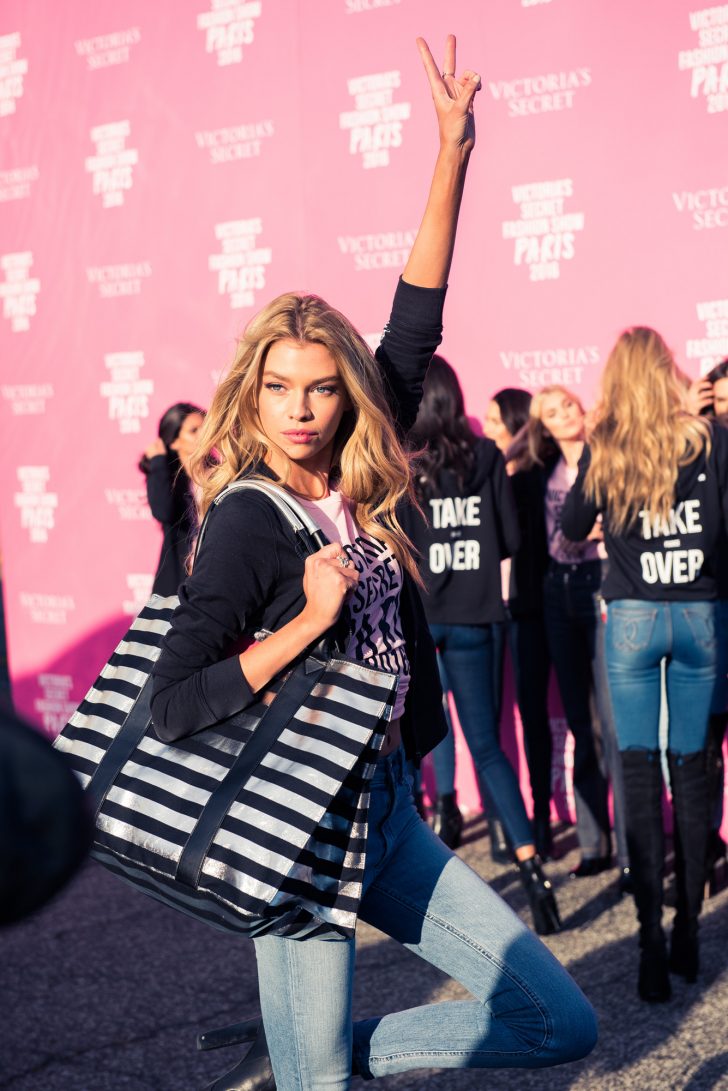 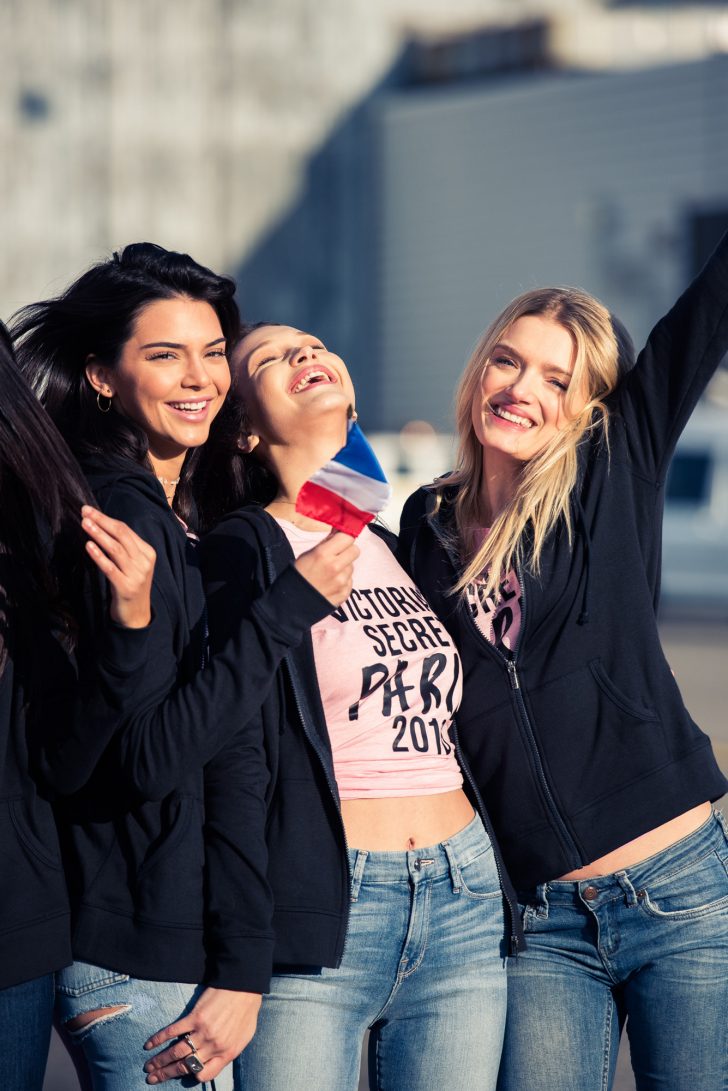 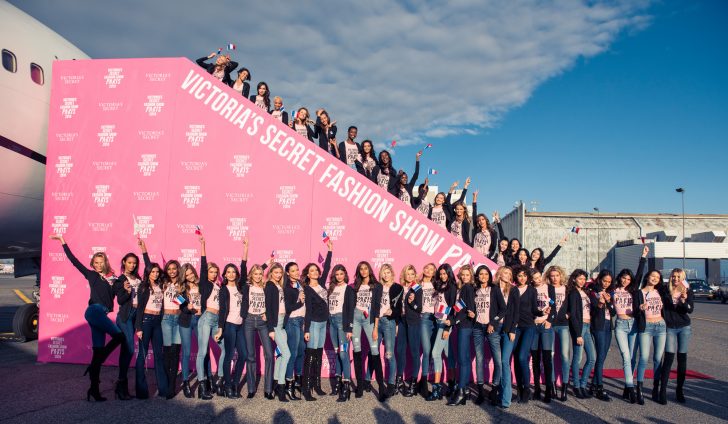 For a certain international girl gang, however—better known as the ~Angels~, who, later this week, will be walking the Victoria’s Secret runway—having to assemble at JFK at 8 AM does nothing to ruffle their extremely glamourous reserve. Which we witnessed firsthand when we found ourselves in the aforementioned comfy pants, watching as the Angels—Adriana, Alessandra, Elsa, and Martha, as well as Bella Hadid and Kendall Jenner—posed for a massive group of professional photographers (no way is a camera coming anywhere near us at that time in the morning), before boarding the eight-hour flight to Paris. 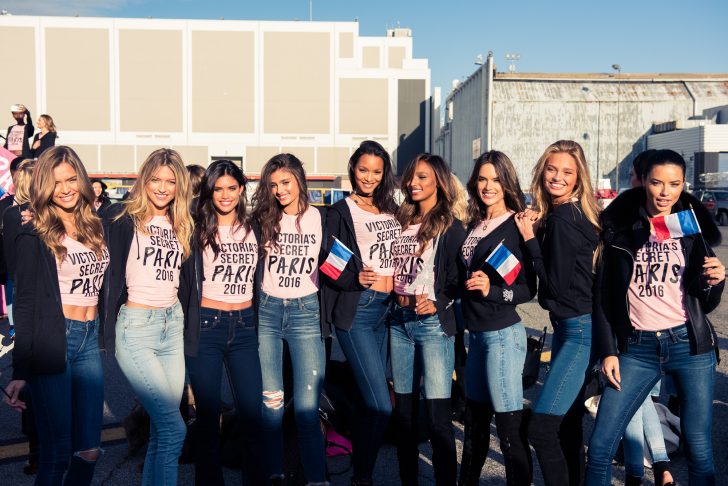 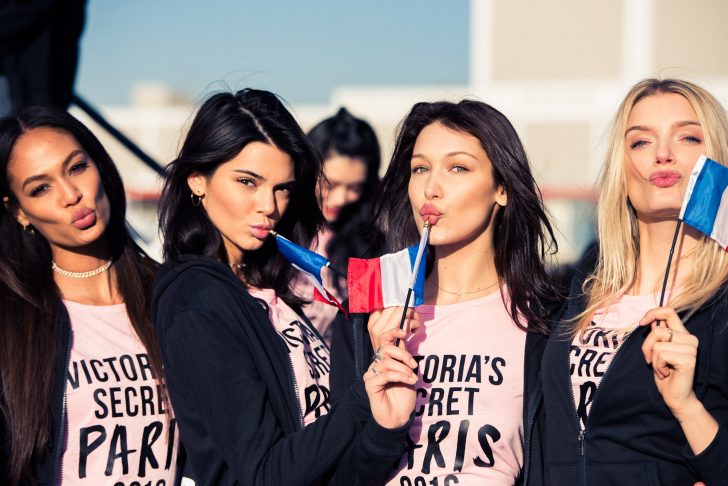 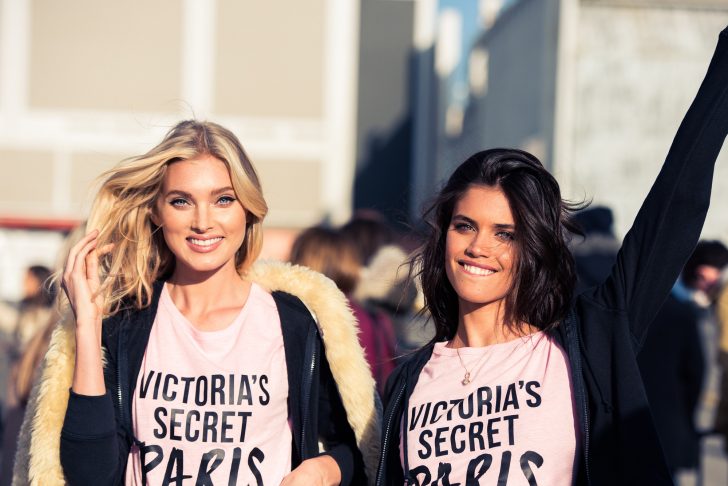 And not only were they not wearing an oversized scarf or sunglasses, they were in full glam (contours completed, we suspect, at six in the morning), matching jeans, black boots, and the required Victoria’s Secret hoodies and t-shirts. On the plane, too, the in-flight scene was decidedly not the typical. The girls danced around once the plane was airborne (seriously) and snapped selfies that they definitely didn’t caption “This is the face of jet lag.” 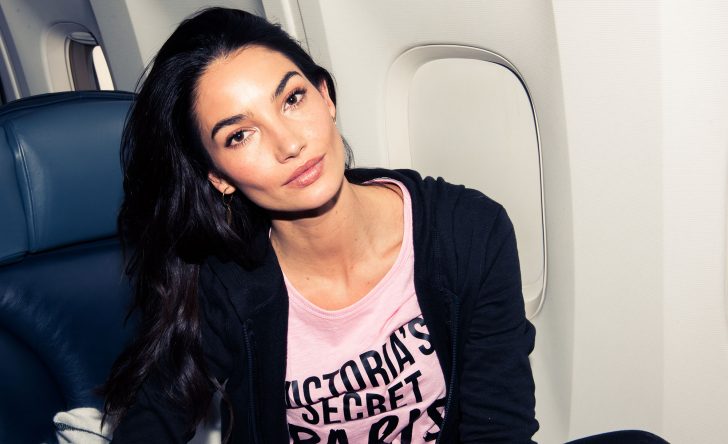 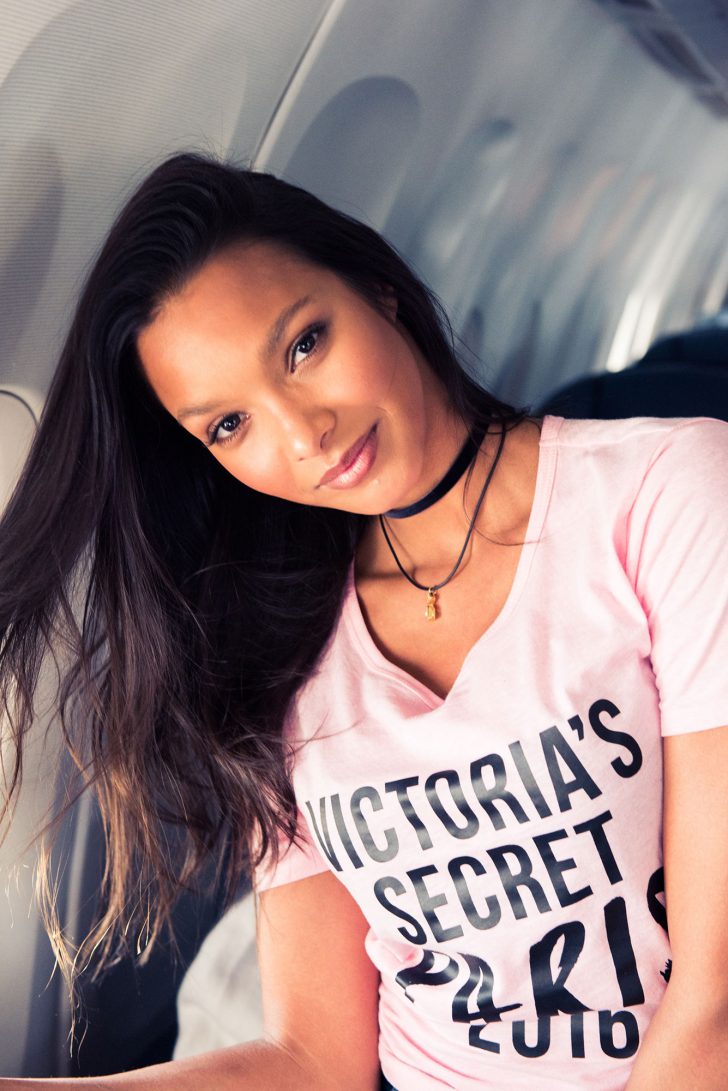 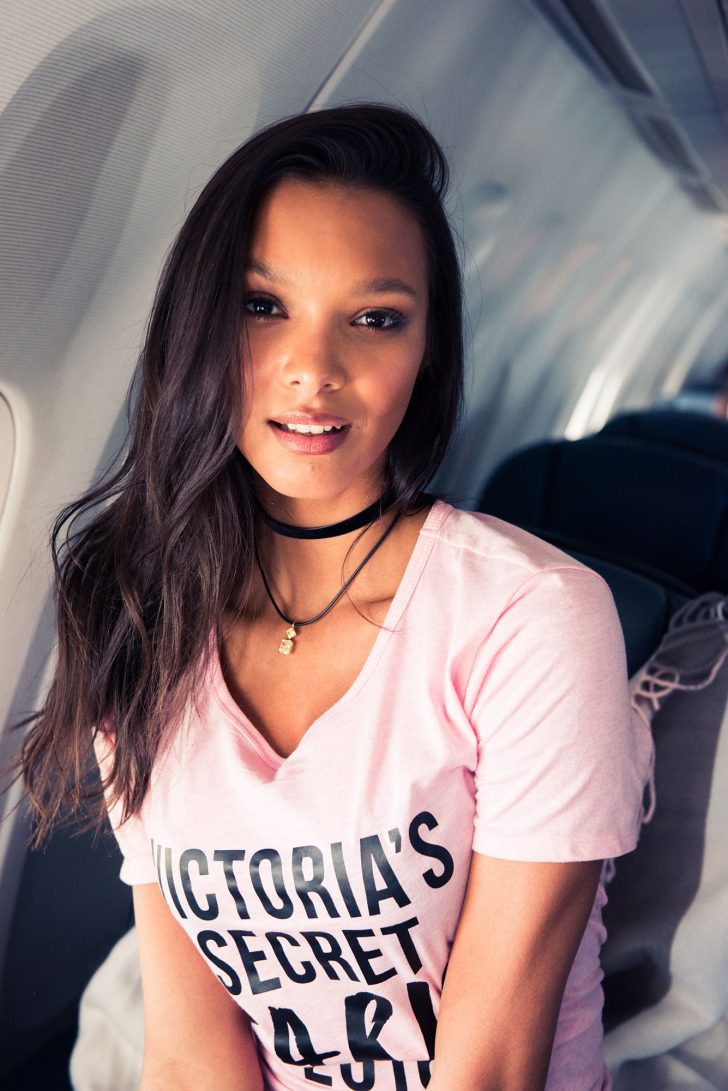 From our seat mates, Angels Lais Ribeiro and Lily Aldridge (way better flying buddies than our usual manspreading companions), we learned how to fly like Angels: Post-selfie session and requisite dance parties, ensure you get some much needed shut-eye (the trick to avoiding jet lag is apparently as simple as sleeping and drinking as much water as possible)—and make it beauty sleep by wearing Tatcha eye masks. Also, listen to music (handy in drowning out an ongoing dance party)—better yet if that music happens to be made by your husband (as is Lily’s brand new Kings of Leon album). And last but not least, always carry-on. Checked luggage is simply not allowed. As we munched on the provided Skinny Pop and took in the adrenaline-fueled model dance party, and chatted with Ribeiro and Aldridge, we silently wished we hadn’t worn stretchy pants and had resisted the urge to overpack and check our Rimowa luggage.