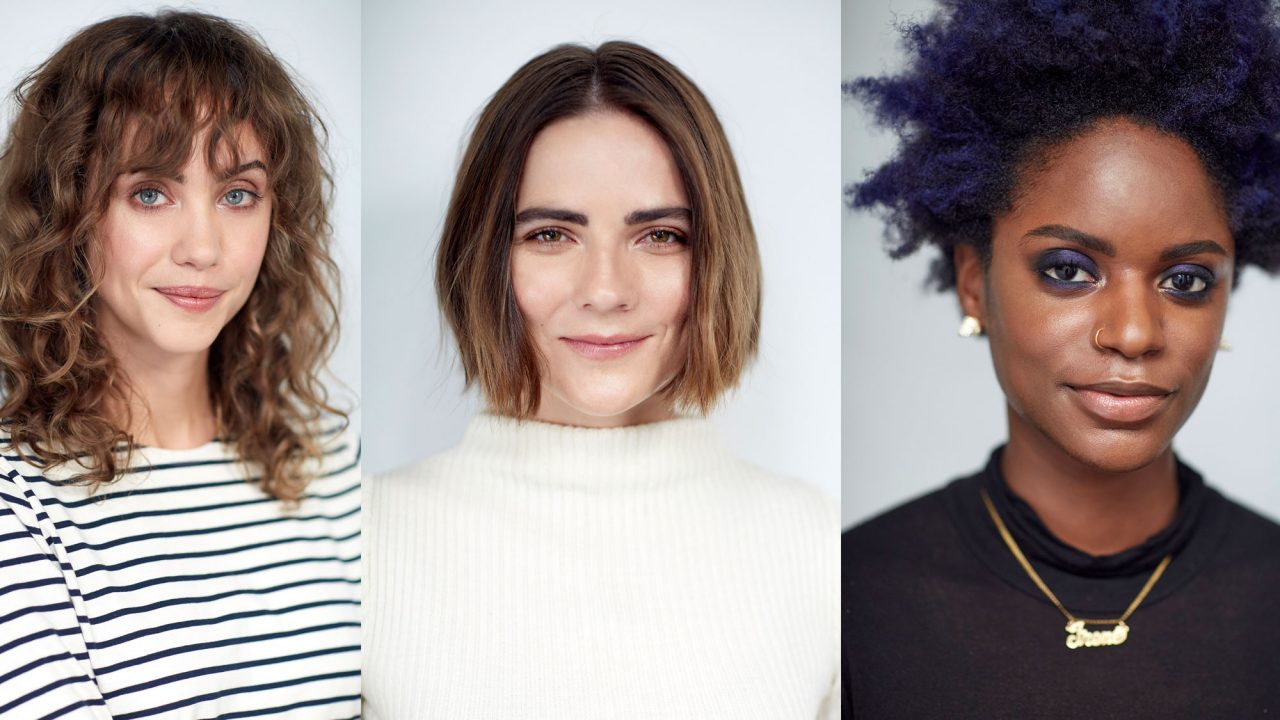 Our editors (and one Cov reader!) were officially transformed.

For us, it all usually starts as a twinge. A glimpse at a girl on a subway, a model on Instagram, or a vintage photo of your favorite style icon leads to an idea, which morphs into an obsession, and develops into an urgent need to do something, anything different with your hair. It’s that feeling when you wake up one day and literally can’t stand the sight of your tired, bland hair. I know it well, and got a serious case of it this fall.

As it turns out, so did our senior features editor, Emily Ramshaw. Both she and I were dying to do something different. We’d both heard of Hairstory Studio for years, spent hours stalking through their Instagram, and then turned to stylist Wes Sharpton and color genius Roxie Darling to relieve some of our general sense of hair ennui. As something of an aside, Hairstory’s products are literally the best I’ve ever tried for curly hair—I can’t get enough of their New Wash and Hair Balm.

Anyway, not wanting to keep all the fun to ourselves, we Tweeted asking for reader volunteers who also wanted a change. We got a Tweet back from Irene Ojo-Felix, saying she wanted rainbow hair, and we were sold.

After initial consultations with Wes and Roxie, we all came in one Monday morning hoping for a makeover-montage-worthy change, and left with even better results than we could have imagined. Here’s what happened. 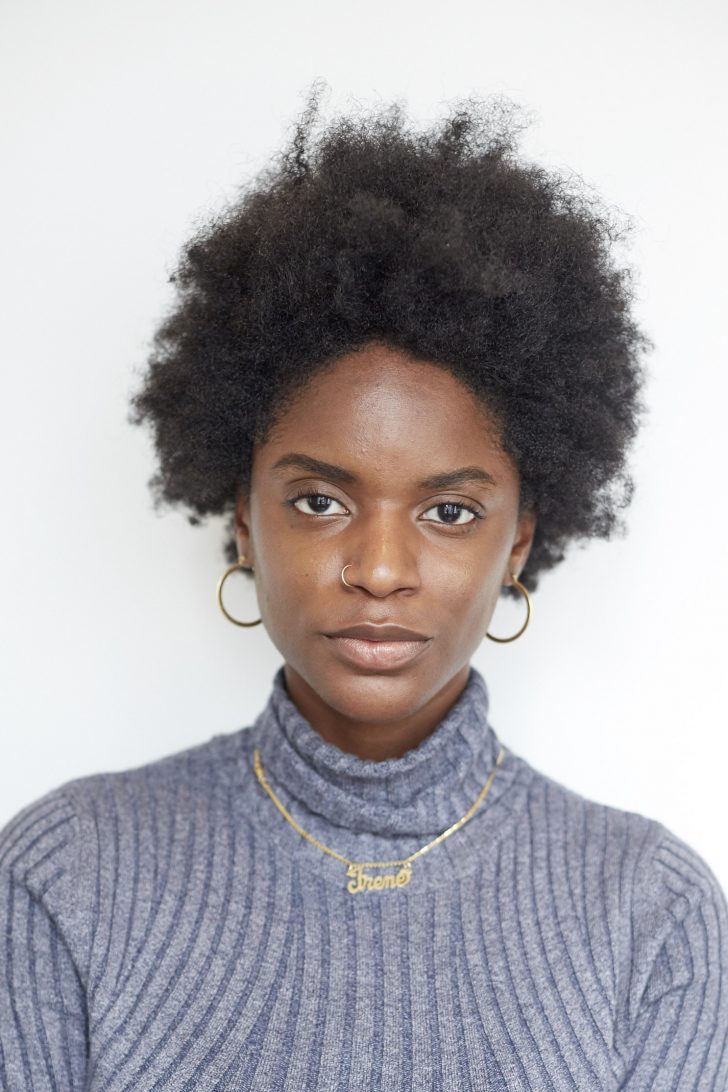 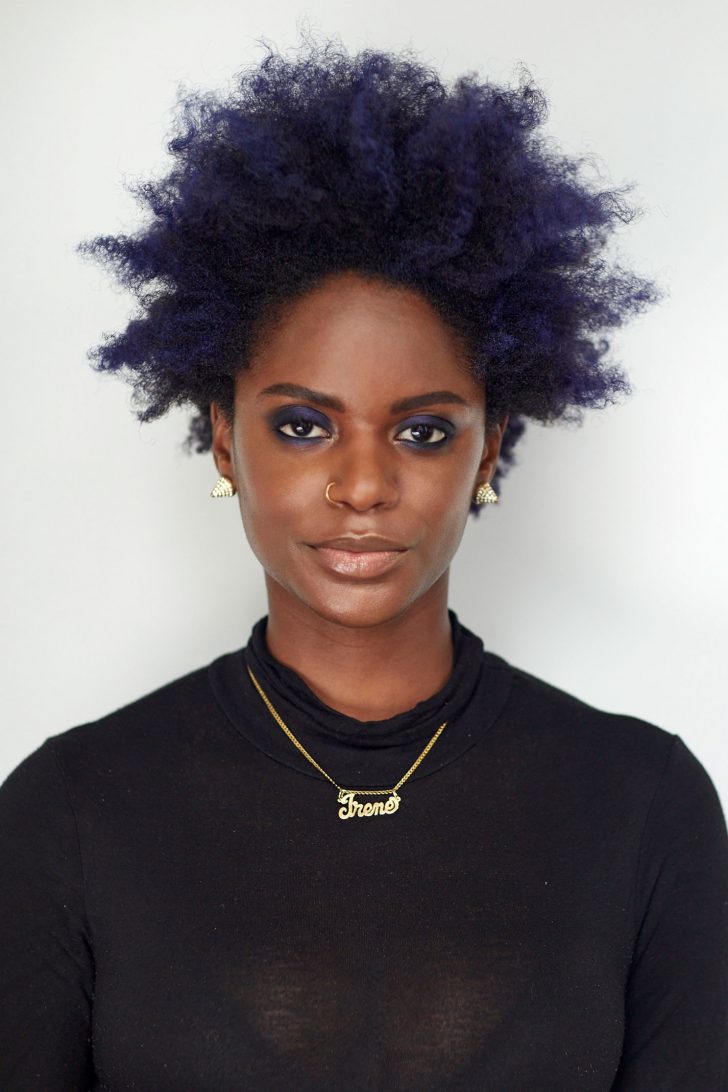 Wes: “I love when women wear their hair natural. Irene explores a lot of hairstyles, but doesn’t try to force her hair into something that it doesn’t want to do. I love that she said ‘My hair hero is Diana Ross: long, cool Afro hair.’ I knew that making her hair purple was already going to be a big change, so when we talked about cut, I thought we shouldn’t do something dramatic. I decided to just clean it up, and get it healthy so that she could grow it out and attain that Diana Ross look. For her to get to that point, I had to be really minimal with my cutting.” 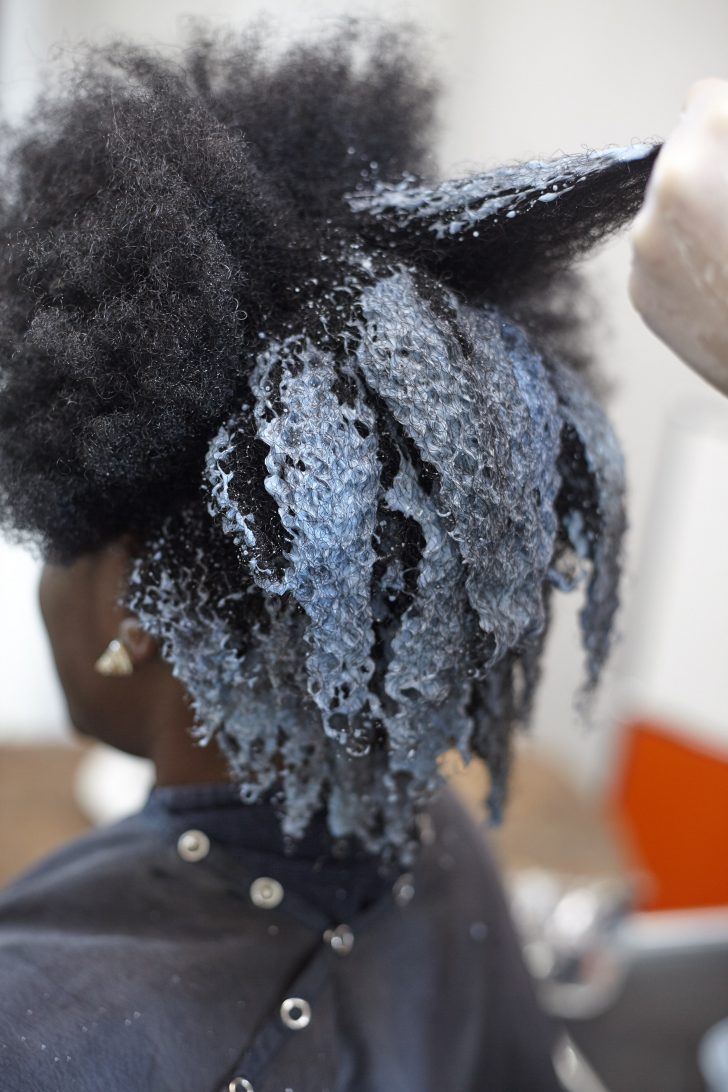 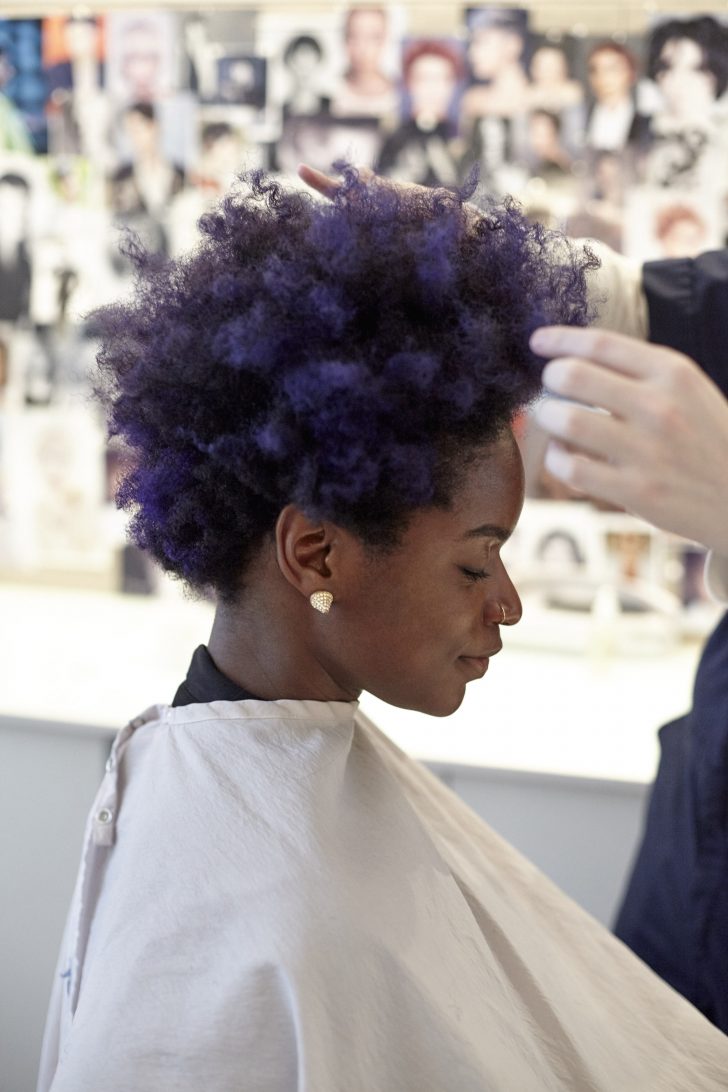 Roxie on Color: “Irene had a color already in mind: she wanted a big change to purple. After showing me her favorite purple references, we settled on the idea of leaving her natural color at the root and painting in a deep purple at the ends. She was really open-minded, which helped me to find the perfect purple for her. By keeping it on the dark side it helped preserve the natural integrity of her hair, which can get easily damaged if it’s lightened too much. To get it to purple, we had to bleach it a bit first, but we kept that minimal to preserve the beautiful texture of her hair.”

Wes: “We worked Hair Balm into Irene’s hair and then set it in twists before drying it with a diffuser and taking the twists out.” 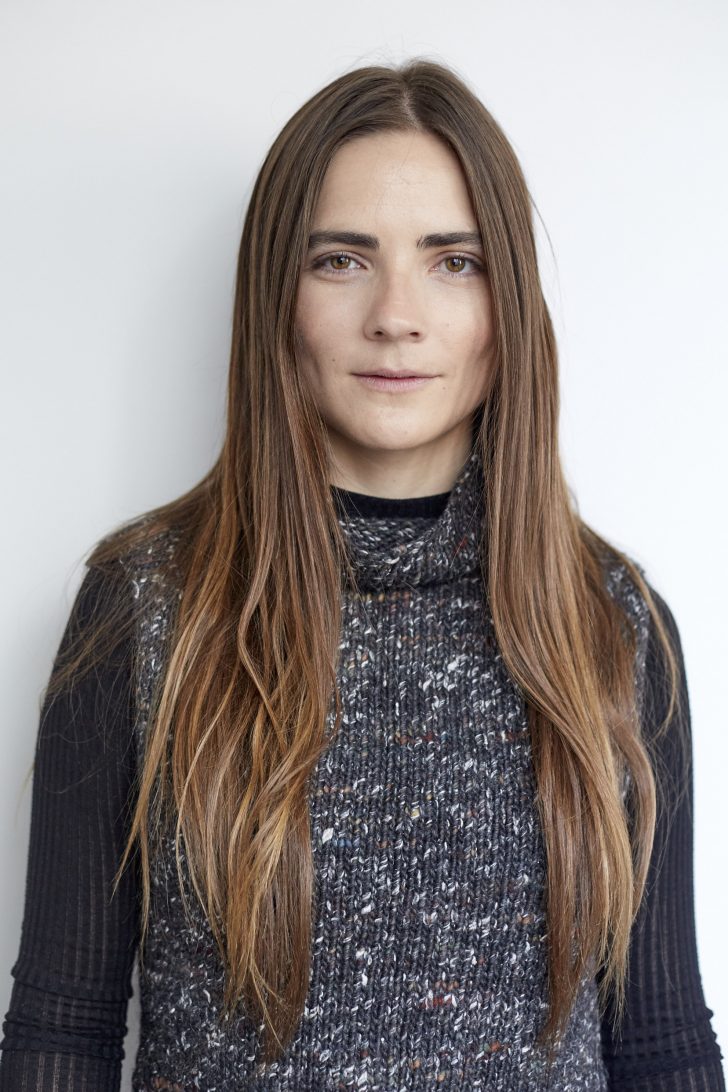 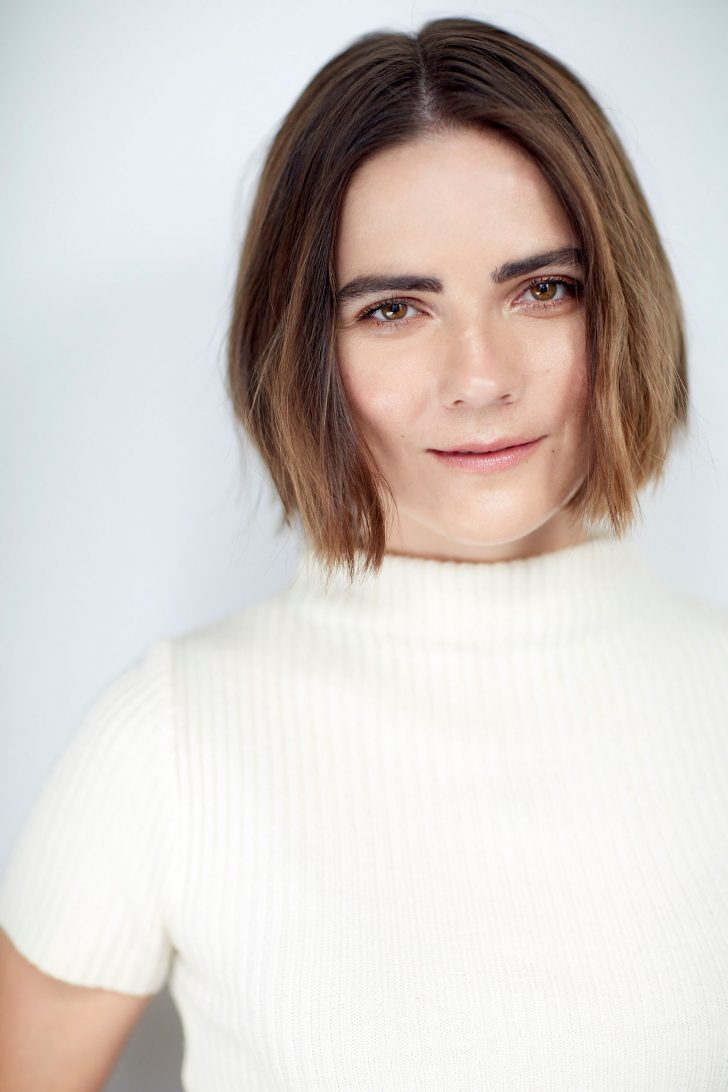 Wes: “I love working with people like Emily, who really aren’t emotionally attached to their hair and are willing to take big risks. When we first talked about her haircut, she explained to me that she had a tendency to grow her hair out and then cut it all off into a bob. After hearing this, I thought, ‘Perfect!’ Because I knew she would look amazing with it. She doesn’t blow-dry her hair, so it was really important to add the right sense of separation in the cut so that it didn’t look chunky when she lets it air-dry. Her hair is naturally pretty straight, with a small bit of texture, so you want to avoid having it end up looking like a bad Barbie doll. Bobs are great for people who don’t do anything with their hair because the shorter you go, the more stationary a shape becomes, and you don’t have to work to turn it into anything; when hair is longer it requires a bit more work to give it a shape. I love that short hair can create such a statement, it’s really instant style.” 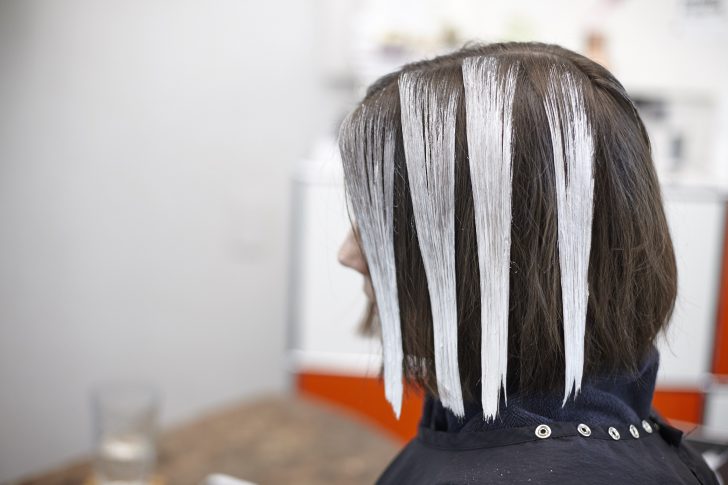 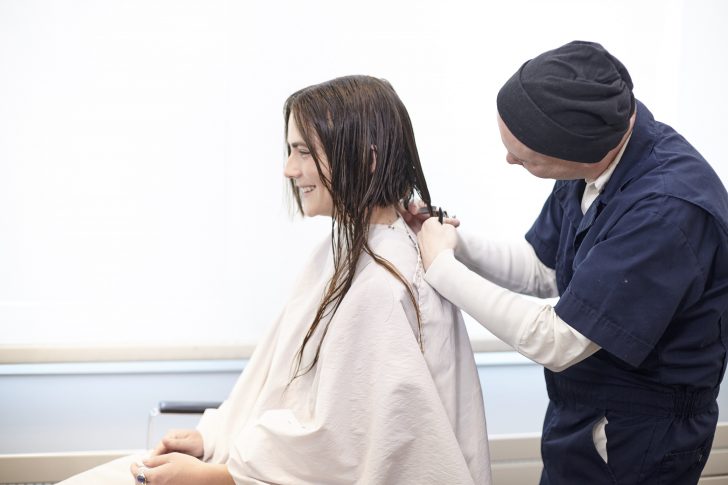 Roxie: “Because she was making such a big change with her haircut, I thought it would be great to paint in some subtle natural pieces to add some texture and dimension. Because her hair naturally lightens easily in the sun—and when it was long it had some really beautiful highlights in it—I didn’t want it to look like she had gotten highlights. Adding in some lighter nuanced pieces that looked like they were painted by the sun really did the trick.”

Wes: “We rough-dried her hair most of the way, till it was about 80 percent dry, then quickly took a small brush and twisted it as we dried it. Once it was completely dry we sprayed in quite a bit of the Undressed to add some texture, to create the perfect cool-girl look. The great thing about Undressed is that while most people would put it in the same category as salt sprays and describe it as ‘beachy,’ this product doesn’t have any of the usual negative side effects of these sprays, as it isn’t sticky or crunchy and allows your hair to still feel like hair.” 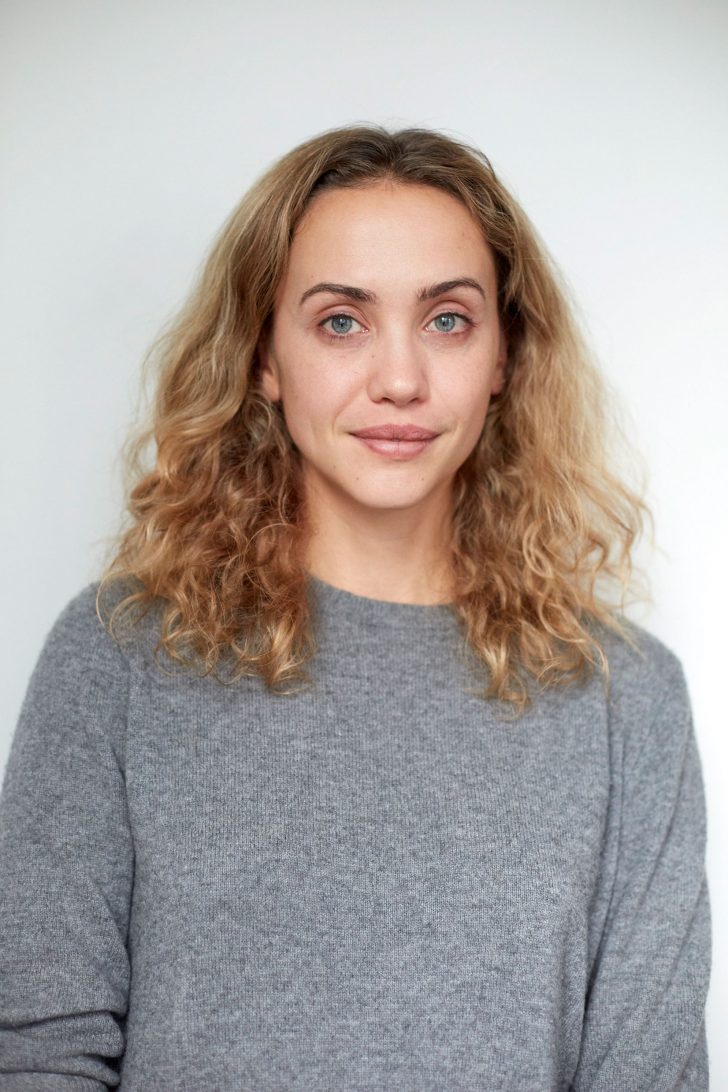 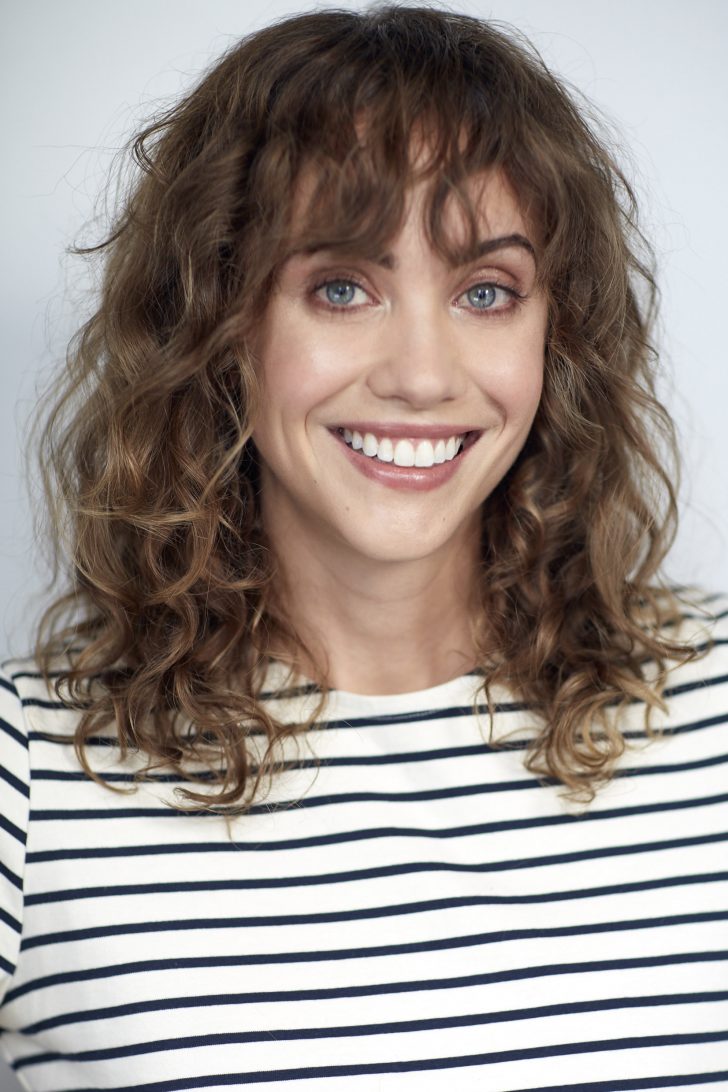 Wes: “Laurel was definitely looking for a change when she came in. I think she’s like a lot of people in that she has longish hair and was interested in trying something different, but didn’t necessarily want to compromise her length. In this case, bangs are a really good option. I’ve recently been loving this ’70s feeling that’s pervading style and I think the model Freja has really inspired many a curly-haired woman to embrace having bangs without feeling forced to blow them out. From my end, I thought adding bangs would be a great way to change it up for Laurel and create something stylish, but also something that’s really easy to wear. I love when curly-haired women have bangs because when they pull it back there’s a very Grecian, romantic feel to it, it’s very stylized, but also very effortless. The natural texture and this bang just gives her a built-in style without having to do any work.” 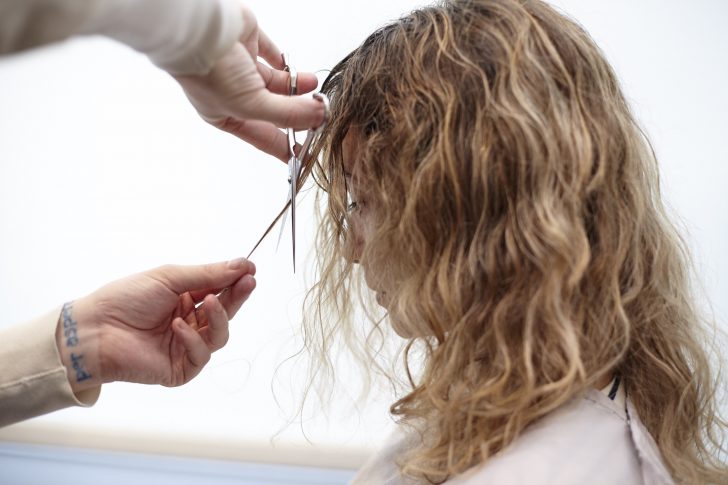 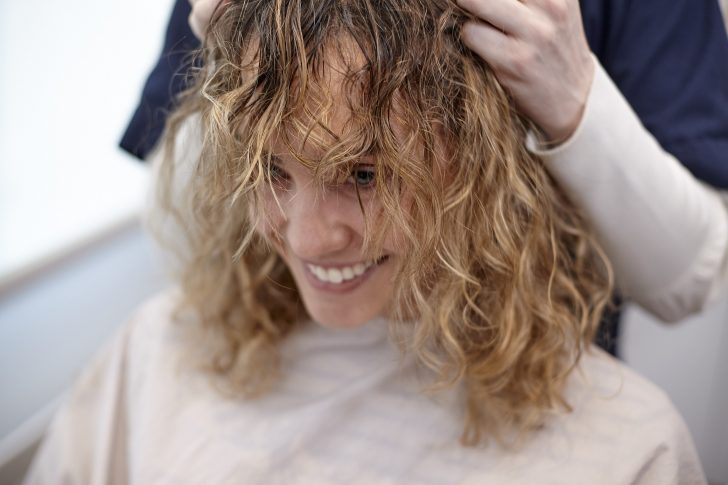 Roxie: “Laurel was interested in ending the cycle of lightening her hair. She’d been so many shades of blonde before coming in, I thought, why not take her back to her natural color? Her natural texture is so pretty, she’s so beautiful, I wanted people not to be distracted by her old highlights and to really notice her. I thought these bangs that Wes was giving her would be a great new way of seeing herself and now, with this natural color, she’s free from having to continuously color her hair.”

Wes: “To style, we used Hair Balm on Laurel, separated her hair into sections and ribboned her hair with a fine-tooth comb section by section, i.e., combed out and re-formed each curl to smooth it out. We did this so that we could start with something more perfect and deconstruct the curls on set as opposed to having to style our way out of the way the curl naturally wanted to go.”