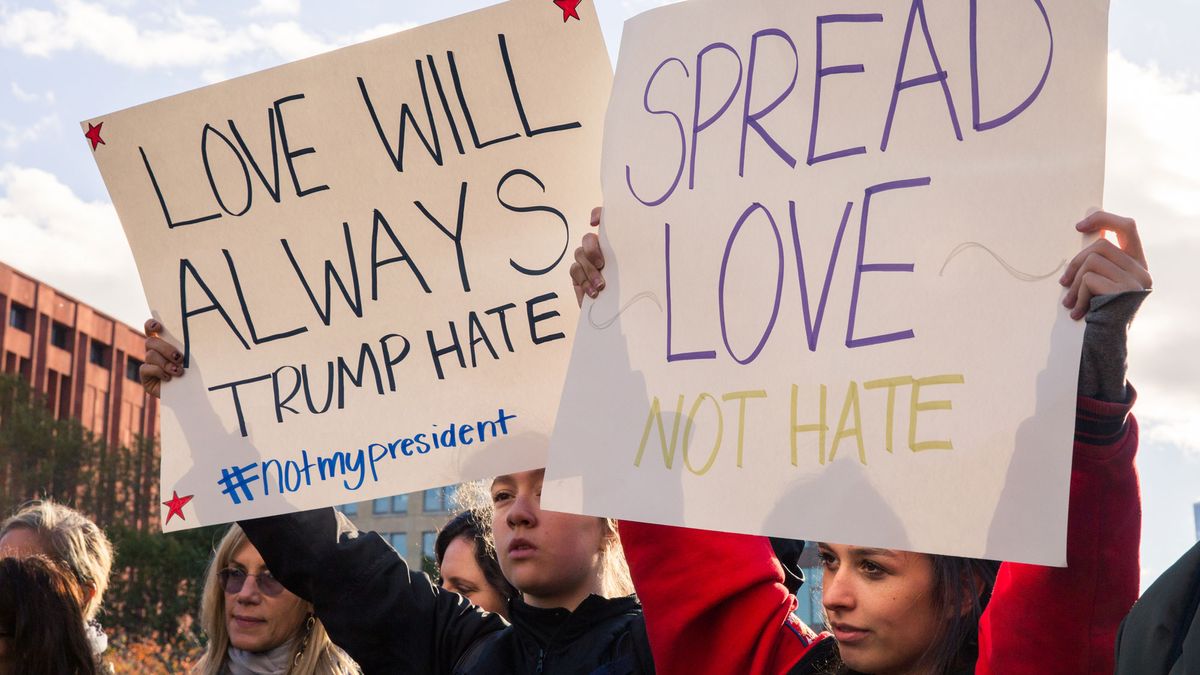 In the three days since the results of the presidential election have come in, the overwhelming thing we’re seeing in New York isn’t fear, or hatred. While there’s certainly a lot of anger, but we’re mostly seeing outpourings of love and support, and it’s amazing. There have been public gatherings and protests every day since, and on Friday, there was a Love Rally in Washington Square Park, where it was honestly hard to walk away without feeling optimistic and bright about the future. It’s incredible to see so many strangers supporting each other, and people from every part of the city standing up for immigrants, gay rights, people of color, women’s rights—when we were there the women in the crowd were chanting “My body my choice,” to which the men responded, “Your body your choice.” It was incredible. As one girl told us, “...It’s important that people in the U.S. and abroad see that this is what we’re about, and it’s not hatred that’s sweeping this country.”

We couldn’t agree more. Here are some of the inspiring people we met at the rally, and if you’re interested in taking part in your community, head online, to Facebook, Twitter, Instagram, and look for groups of peers you can support.

2016 Election
More From the series News