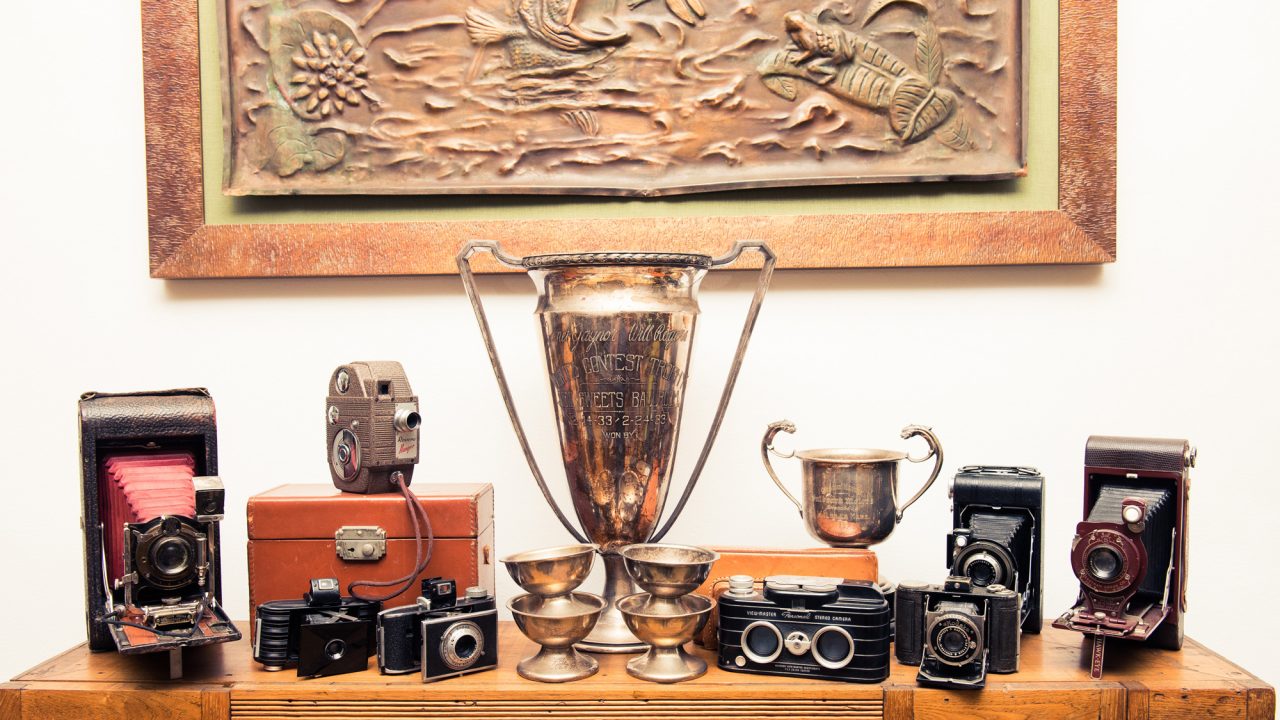 How to Find The Perfect Gift For Literally Anyone

Jill Collins thinks you should back away from the merlot & go for something more personal.

I like to think I’m pretty excellent at gift-giving. I might still have to count on my fingers for basic math, but even I have to admit that I have one essential life skill on lock. If you’ve talked about something weird that you’d love to have, or do, for five minutes in the last six months, that’s the one select tidbit of information my brain will file away in time for your big day—and that’s precisely what you’ll get.

That said, my most recent gift-giving occasion left even me coming up short—until, that is, (you saw this coming, right?) we walked into Waverly on Doheny in West Hollywood. While it obviously wasn’t quite by chance—we were there to shoot and talk about antique stuff with owner Jill Collins (who happens to be Lily Collins’ mother)—what I didn’t anticipate (for real) was walking away at the end of our morning with a shopping bag stuffed with the perfect gifts. Not just for my dilemma at hand, but for my, uh, self, too (the coolest sets of Los Angeles and Beverly Hills-centric vintage postcards that I’m having framed). Collins put it best (and convinced me to pull the trigger) when she described the appeal of going antique as being able to “pull at the heartstrings and realize that gifting is not all about the mall.” Yeah, we’re pretty sure that ticks all of our boxes. Below, more evidence why (and how) you can be that guest (or general merriment haver) with the coolest shit to gift, every time. 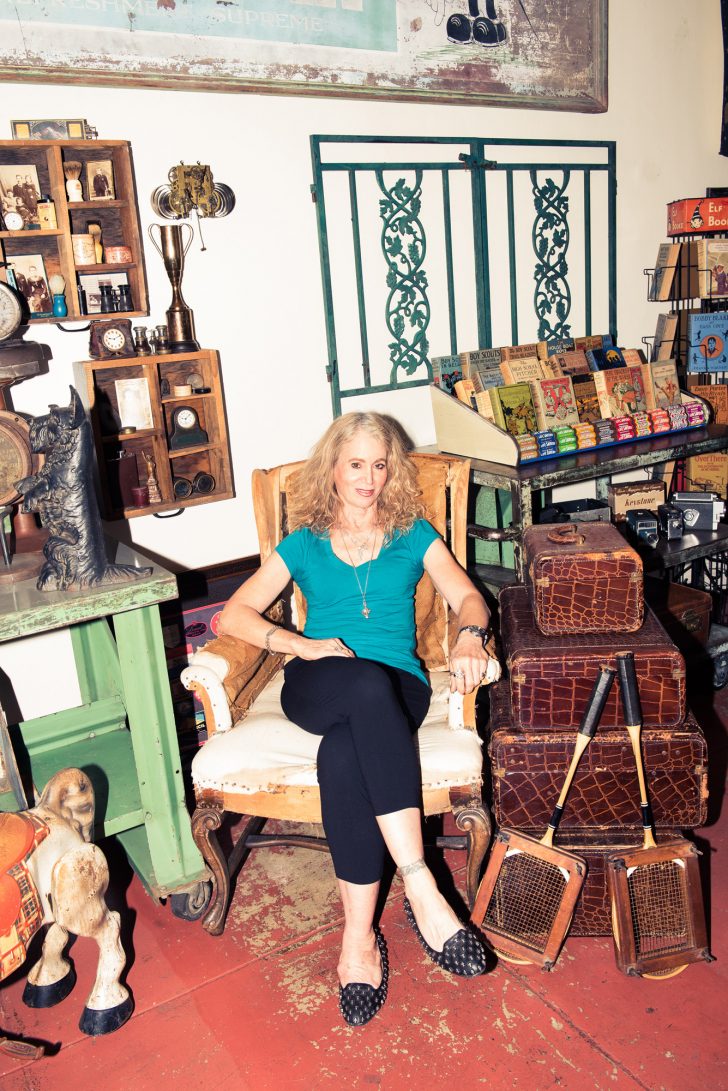 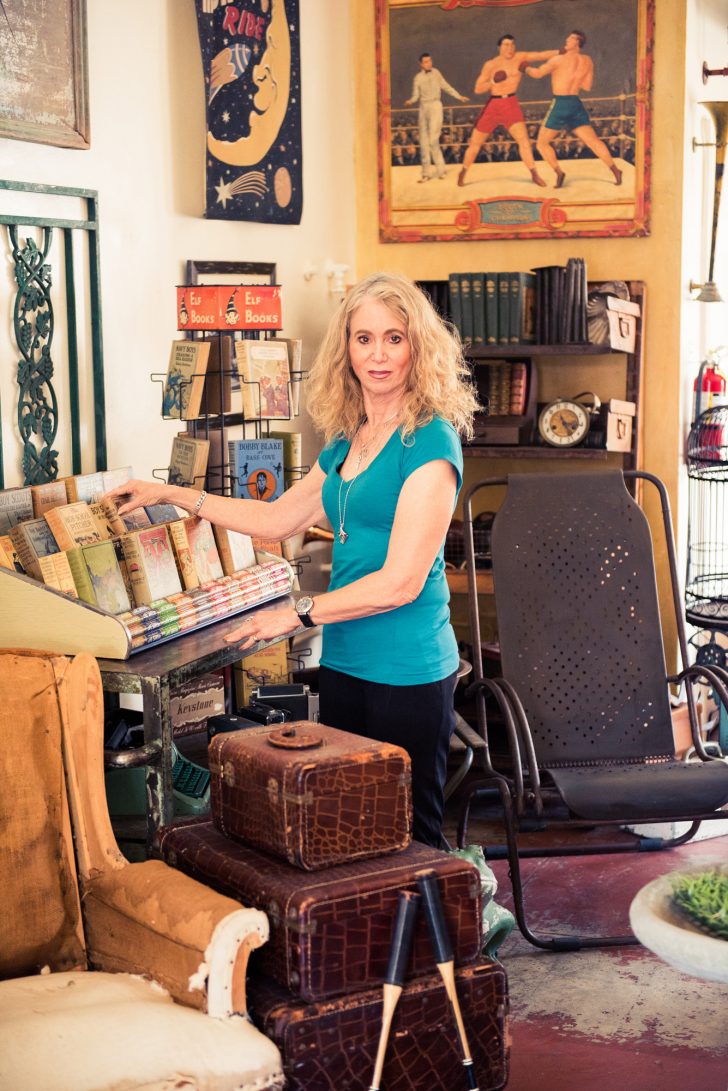 1. Settle on a Theme

As Collins explained when filling us in on how Waverly on Doheny came to be in the first place: one could call her business an antiques shop, but she really specializes in gift-hunting (best job ever?!), and always starts here. “I was always really good at finding presents for people. That was my thing: to really pull at someone’s heartstrings and find them that perfect thing. Someone comes in, we have a meeting, they say they’re looking for an important anniversary, or birthday gift; for an author, for a publisher, for an actor, whatever. We throw ideas around, then I come up with a theme, and we go for it.” 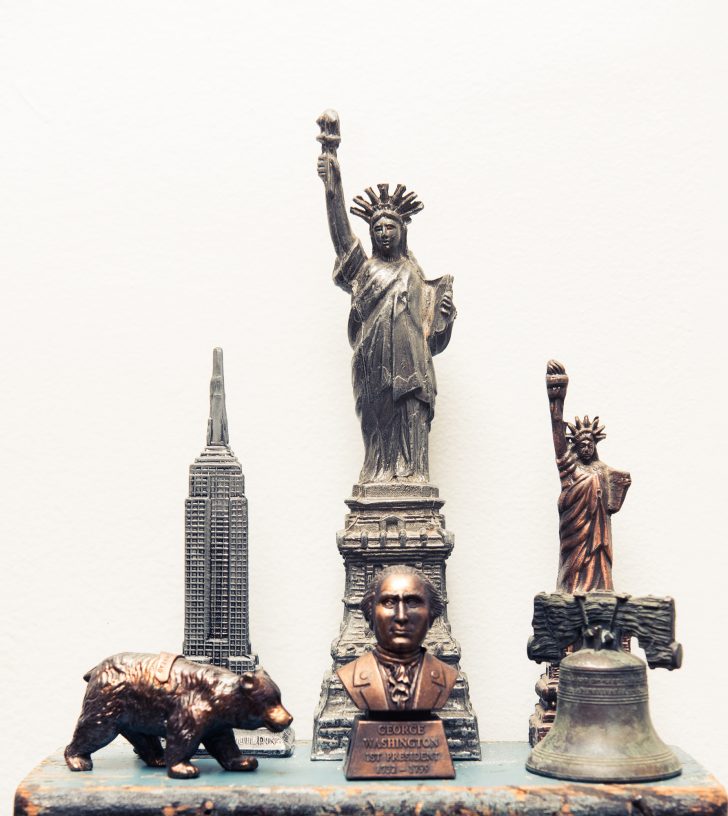 2. Give Them More to Unwrap

Rather than splashing out on one big item, get them a bunch of little-ish-to-medium-sized things. Besides, it gives you infinitely more opportunities for your inner Pinterest freak to run wild in the gift wrap aisle. “Someone came in, and they wanted to give their daughter a present for her birthday. I ended up selling her a suitcase and we filled it with things that meant something to her.” 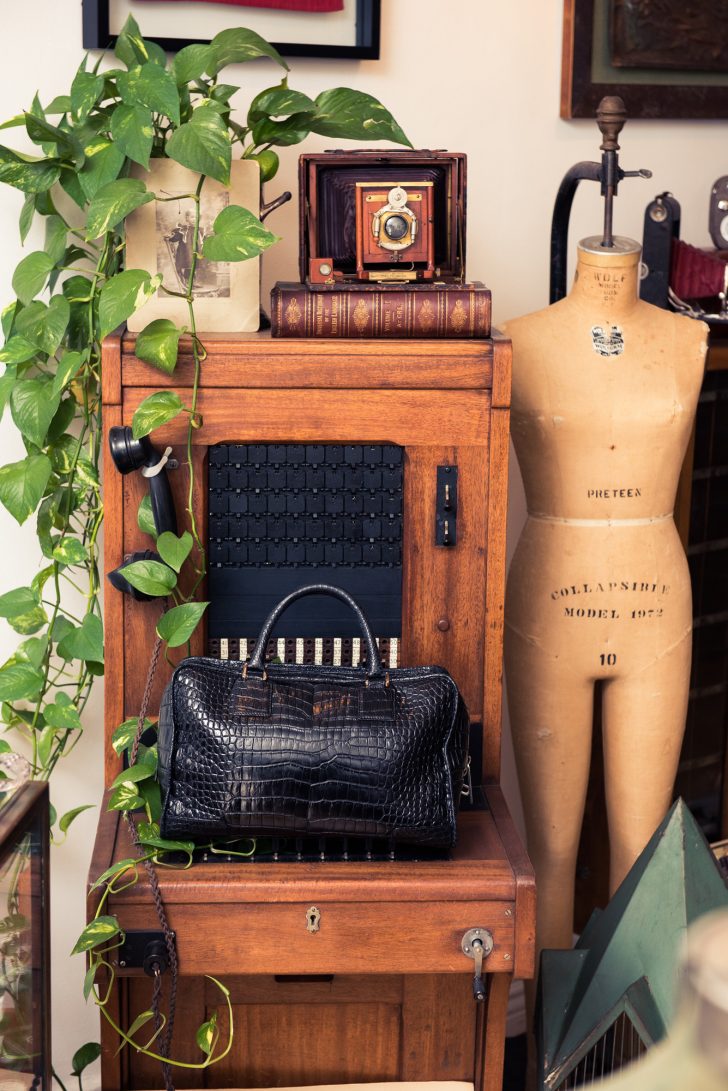 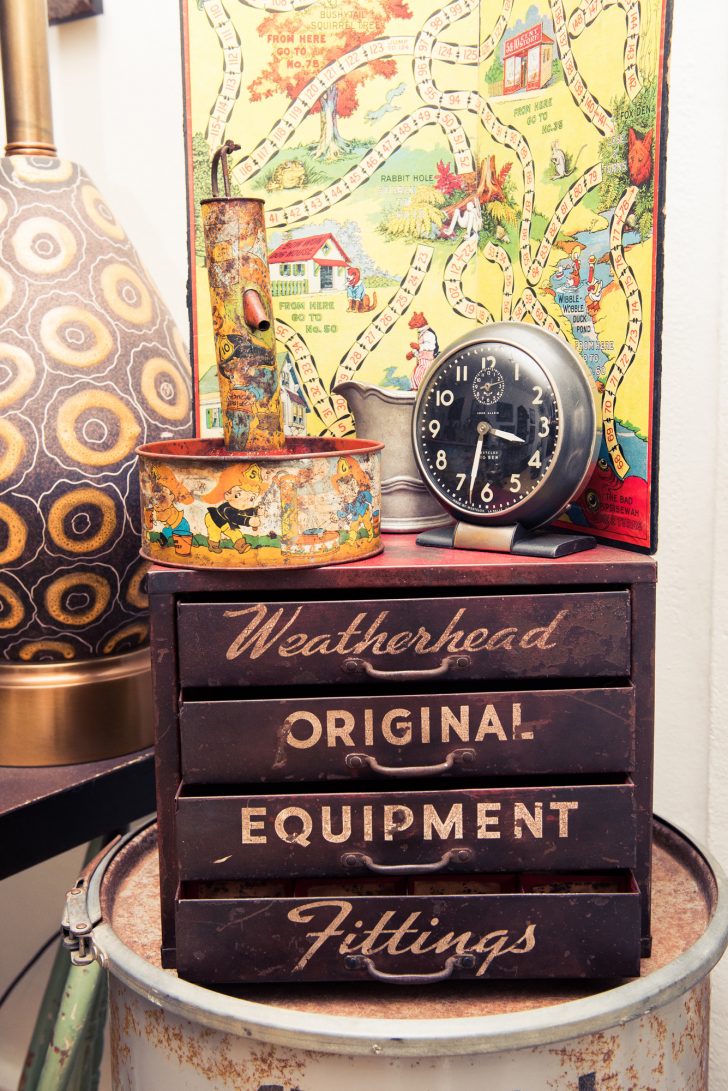 This is especially helpful for anyone who, for whatever reason, feels a little weird about gifting something that’s technically used. “It’s not always old or vintage, it can be a mix of things, too, or it can be an experience; it can be a fun little thing thrown into something new. It’s about matching the person up with the item.” 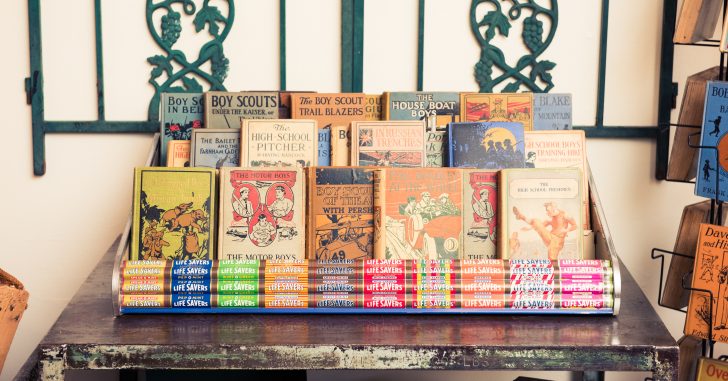 You don’t need to dig too deep—it can be as simple as “for an important anniversary, you go back in their history and you find out where they met, or did they have a favorite restaurant, and then you try and gear it around that.”

Another good place to start? Collins recommends drawing on anything you can from someone’s childhood, where they grew up, and where they’re going next. “I had a camera owned by a guy who had taken film of Amelia Earhart on it. He had wanted to take it to war with him, but they wouldn’t allow personal cameras. It ended up being gifted to a person who worked as a cameraman in the film industry.” 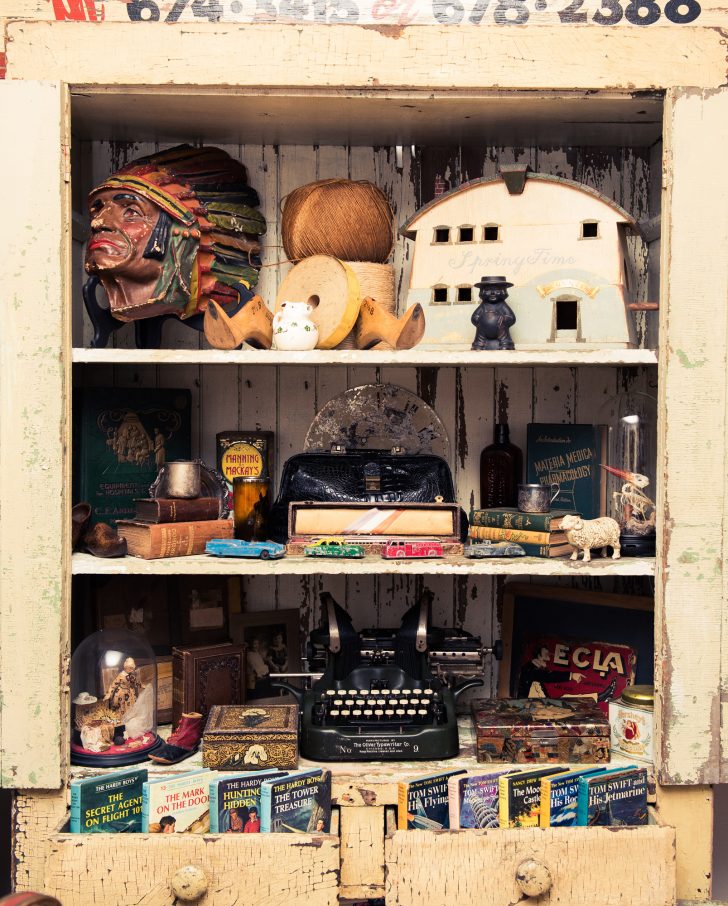 As in, you don’t need to spend a lot to find something mind-blowingly perfect (and occasionally, slightly random, albeit fascinating). “I had a tin box of water from the coast guard from 1945. Just water, in a grey tin. This guy came in, he goes, ‘Oh, I’m looking for a present for someone who just joined the coast guard,’ and he was like, ‘Oh my god, that’s the most amazing gift, thank you very much.’ And it was like, $25, $35. It wasn’t about the money— he shipped it off, which probably cost more—it’s gifting something that’s meaningful.” 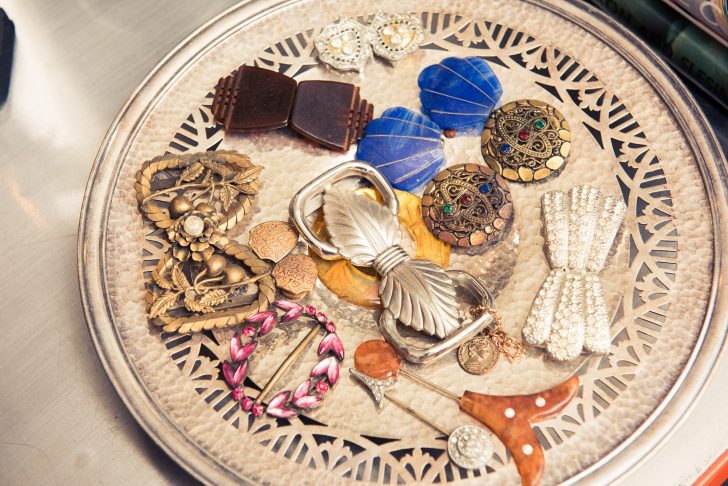 “I think if someone is just going to the flea market, the story behind the item is what’s really important.” 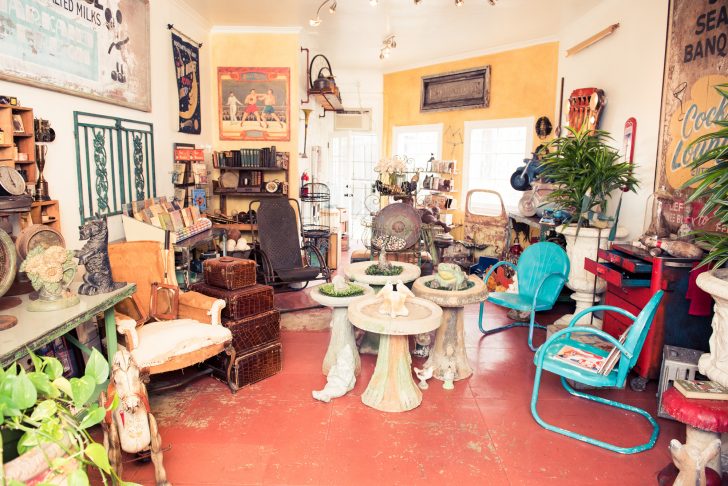 7. As with Everything, Don’t Give an Eff What Anyone Thinks (Seriously)

“People have to not be afraid that other people are going to judge them when they walk into their homes. Sometimes people like the feeling of someone walking in and saying, ‘Oh, is that page 46 out of [unnamed mass furniture store here]?’ They feel comfortable because they know how much it costs, they know that that’s acceptable. You have to be really confident and you have to buy what you love and stand behind it—own it. Own what you wear, own what you own, own your look. Nothing, anymore, has to all be the same period. You can mix completely contemporary with something that’s from the 1600s, 1700s. If you’re comfortable with yourself and your choices, it makes life a lot more interesting.”