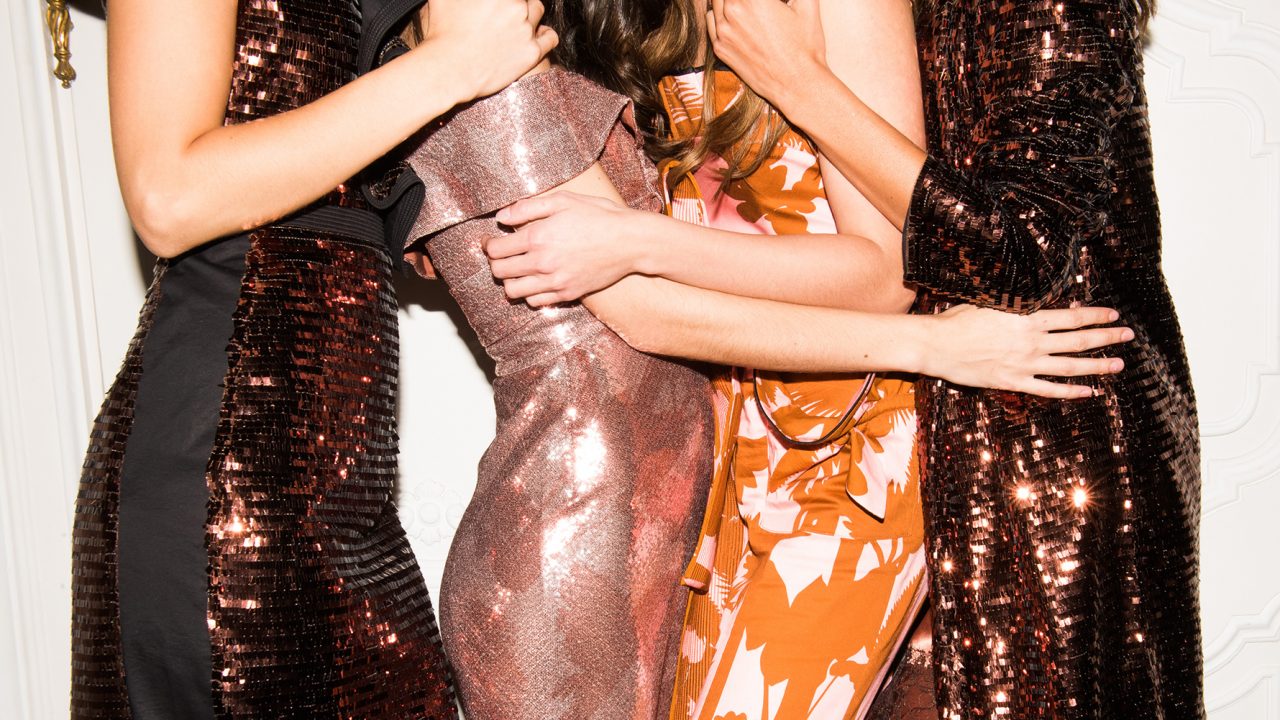 Any item of clothing preceded by the phrase “going-out” usually gets a bad rap. Going-out tops, going-out dress… And we get it! We’ve all scrambled to find something to wear to some after-work event, grabbing the first weird flimsy piece of fabric resembling a top at [insert fast fashion store of choice here], only to never wear it again, and subsequently wince a little when you think about it lying in a pile in the corner of your closet. And so we’re hesitant to place Colombian designer Johanna Ortiz’s label, known for its elegant, dramatic shapes and downright sexy silhouettes, anywhere near that realm—but we’d be lying to ourselves if we said they didn’t make us really want to party.

So we’ve come to think of Ortiz’s clothes as the going-out wardrobe of your very best self: never over- or underdressed, always the first to start dancing, the one who can go from swilling champagne with your boss somewhere fancy to shotgunning beers. You might be most familiar with the designer for one silhouette in particular—she’s the patron saint of the off-the-shoulder top (also known as what we collectively lived in all summer). Here’s how she got her start, and what her vision is all about. 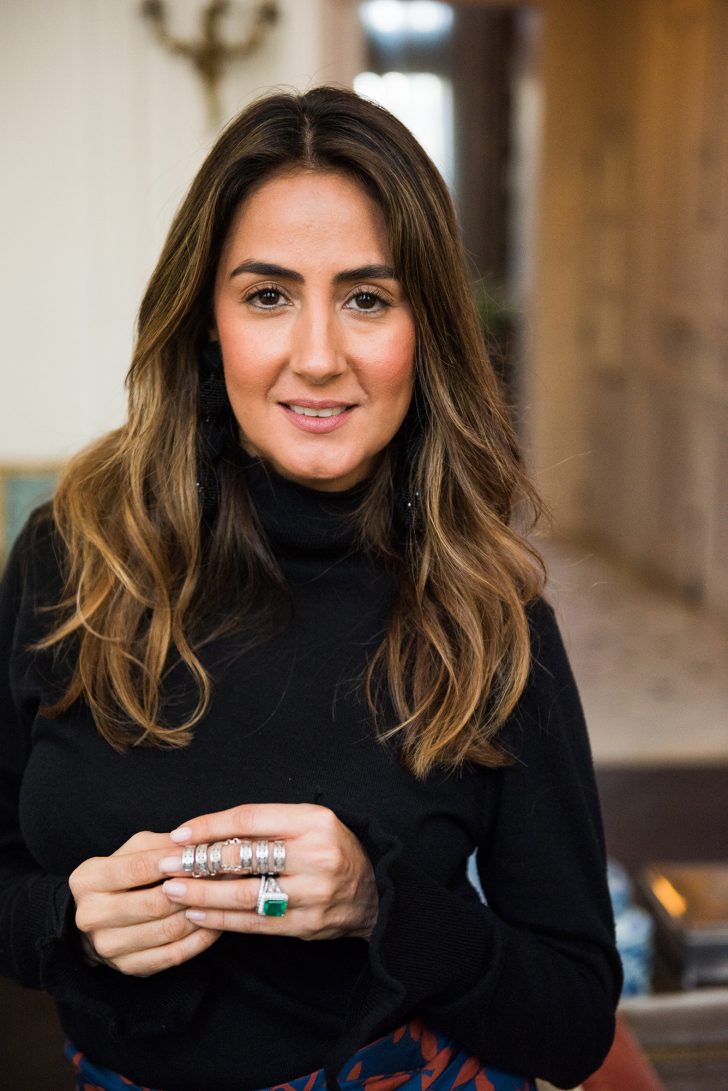 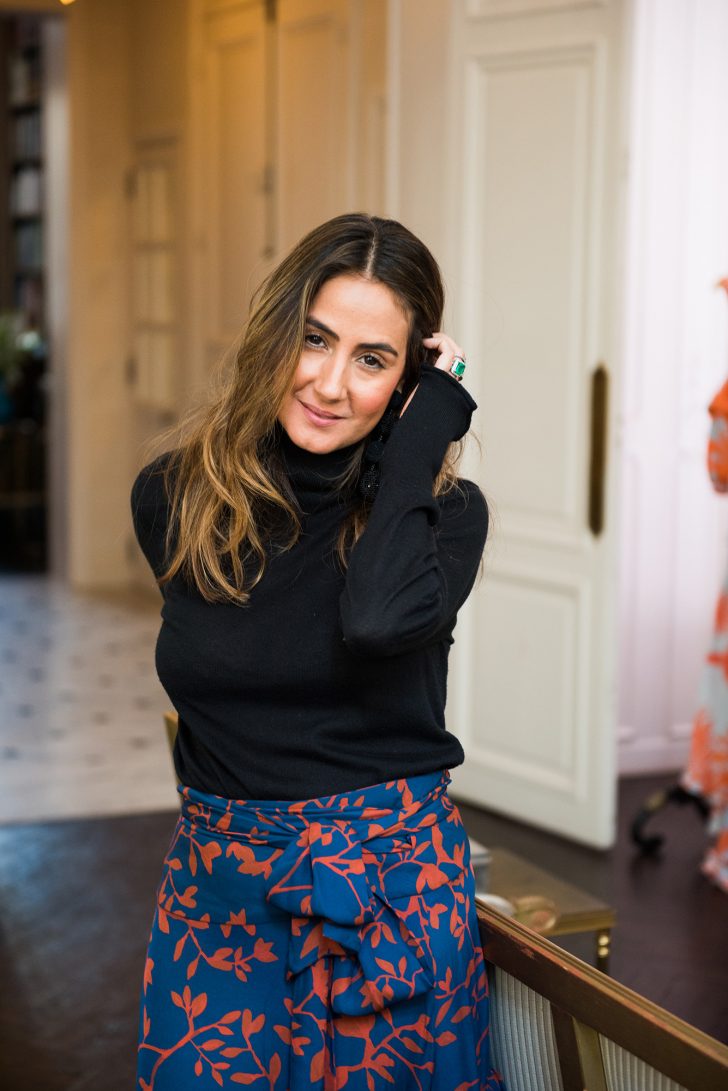 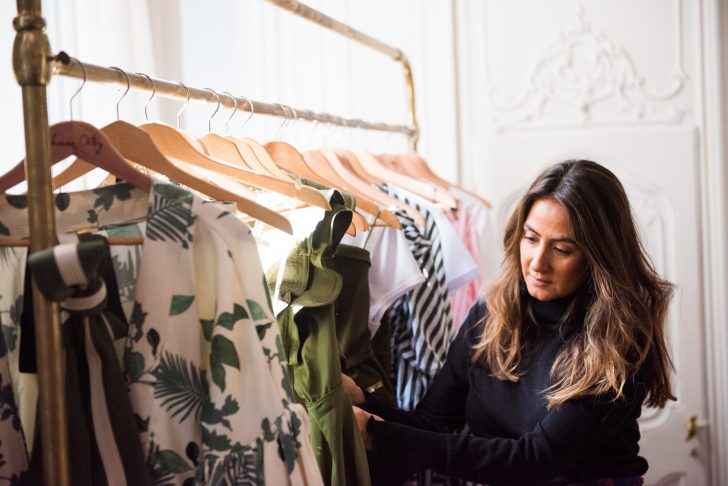 How her career began:

“I started designing 14 years ago, I’ve been in an atelier forever. I went to school for design. First, I went to a fashion textile school in Colombia, Diseño Textile at Universidad Los Andes. Then I went to the Art Institute and did a lot of my Bachelor’s over in the States. I worked for a while in different internships in the U.S., and then I went back to Colombia and started my own atelier.”

How she launched her own label:

“I first got started on Moda Operandi, Lauren [Santo Domingo] wanted to see the collection. First she saw some of my work on Instagram; I know her from Colombia, because she’s married to a Colombian. And now we’ve been there for six seasons.” 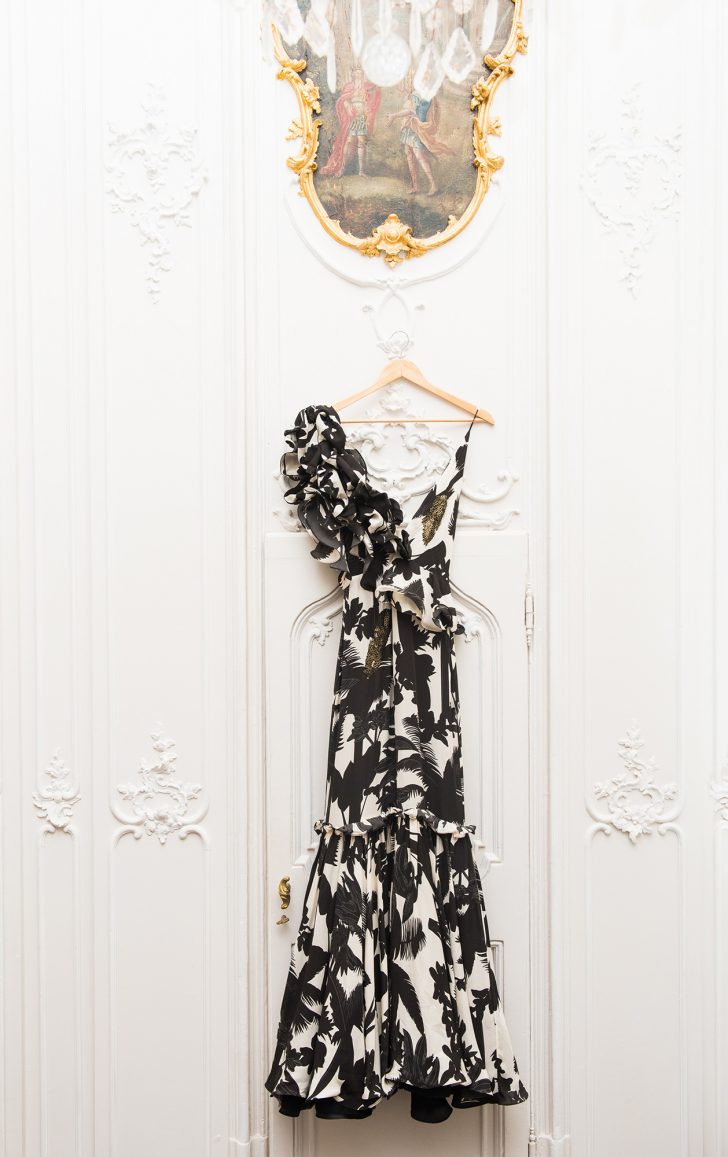 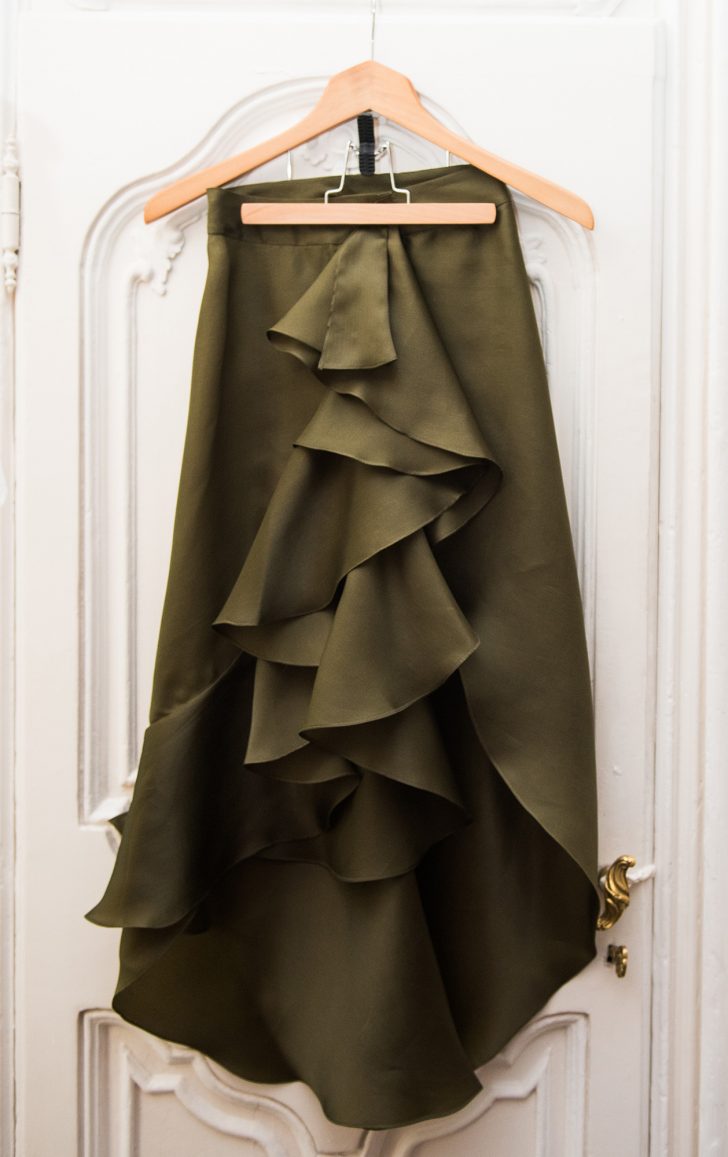 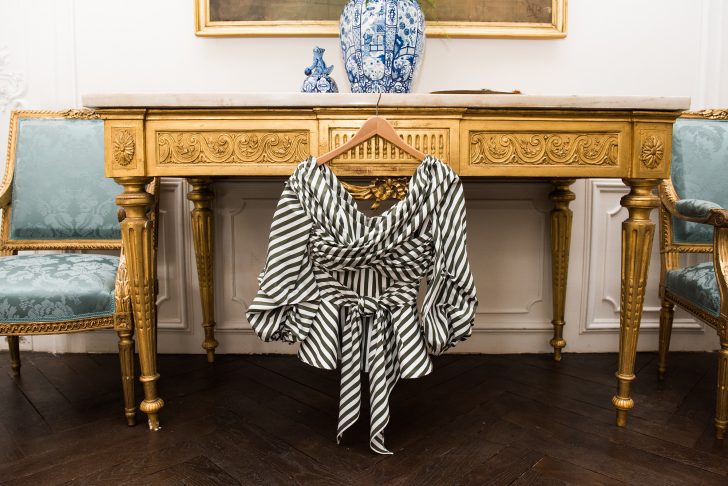 How her Colombian roots give her an edge over other contemporary designers:

“I think I will always have a Latin vibe. It’s sexy, but feminine in an elegant way that has been in my DNA forever. I think that I got it from living and starting my career in Colombia, seeing all the mix of cultures that we have there. All the beautiful mountains and rainforests and all the views [definitely influence] my work.”

“I do my sourcing, it’s all done in Italy or France. We do Portuguese cottons, and French lace. All of the prints and everything are done in-house. We do everything in my atelier. I design the fabrics with my assistant and all of the production is done in Colombia. It’s been really nice because it has me teaching Colombians different techniques; I have been educating all these local women. Now we’re at, like, 200 in the atelier. It’s crazy, but it is really nice! It has been a great opportunity. That has been really important for us.” 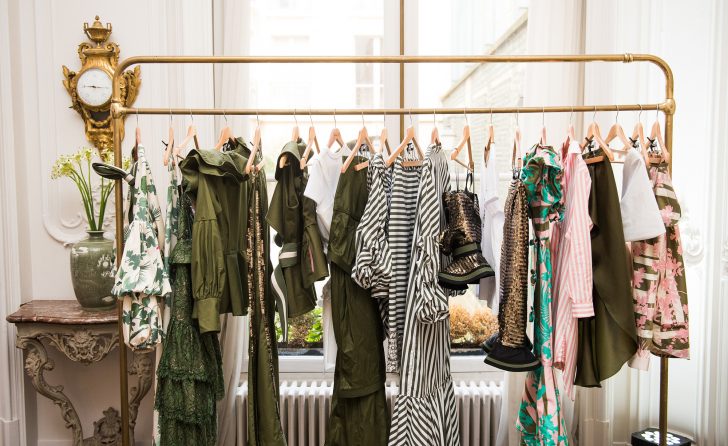 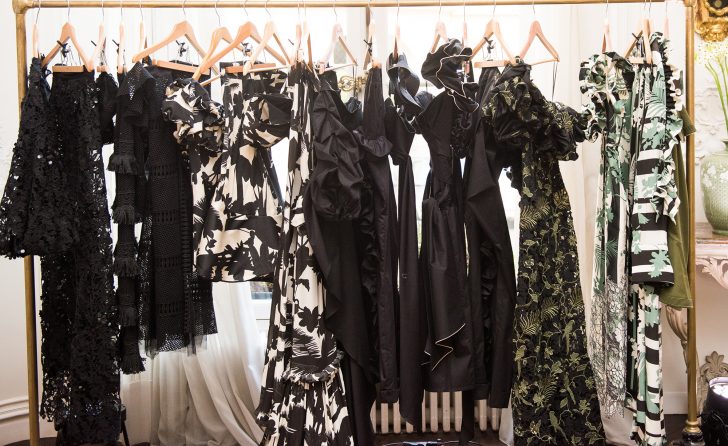 What it feels like to see someone wearing her clothes:

“[Gasps] I get so excited! I was at this event in New York, and I saw, like, seven people wearing my stuff, and I didn’t even know the people but I knew that they looked amazing, and I was like, ‘Oh my god!’ My husband was like, ‘Johanna, did you go say hi? Like, “Hi. I’m Johanna, I’m your designer.’” I’m like, ‘Shut up! How could I go and do that?’ [laughs] No, I’m really shy. It’s really flattering to see [my work] among a lot of other designers that I admire and these people in fashion wearing my things. It’s amazing!”

Where you can find her designs now:

“We are in 23 stores. We are in Bergdorf Goodman, Neimans, Saks, Harrods, and then we have Harvey Nichols in the Middle East. It’s nice! I think we have a market where we can have a nice presence, and handle it with a lot of responsibility.” 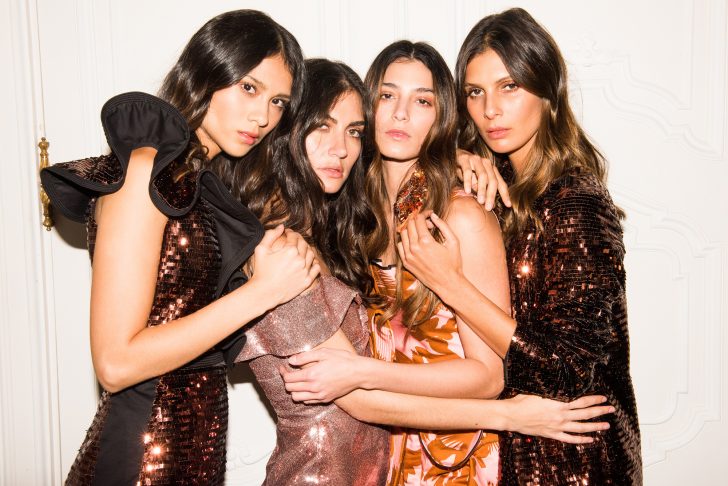 On her first accessories collection—earrings:

“Big earrings are musts for me. I just started doing embroidery with different kinds of fabrics, and I saw that this fabric was having a movement, so I thought, ‘That would be wonderful on your ears.’ It was just swatches of fabric that, when I embroidered, became the earrings!”

“I’m not going to talk about my family, because that is a priority. How can you rank them? That’s number one! I have three boys. One is 17, the other one is 11 and the other one is seven. I’ve been a mother for a long time [laughs]. My 17-year-old has a girlfriend, and I am always giving her presents. All the other girls are like, ‘You are getting Johanna Ortiz clothes for free [laughs]?!’

“After my family, I think it is really important to be with the people I work with. They are making this come true, so I’m really grateful to have them around me. After that, I cannot live without vanilla perfume—it’s called West Indies. It’s really nice.” 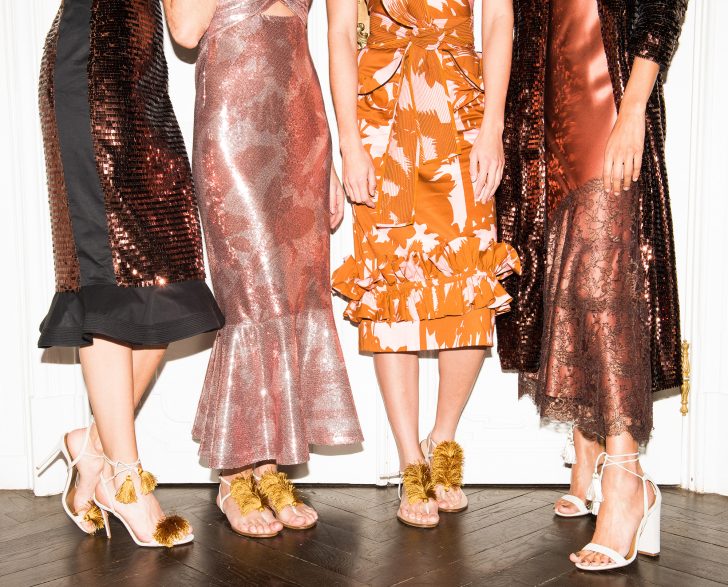