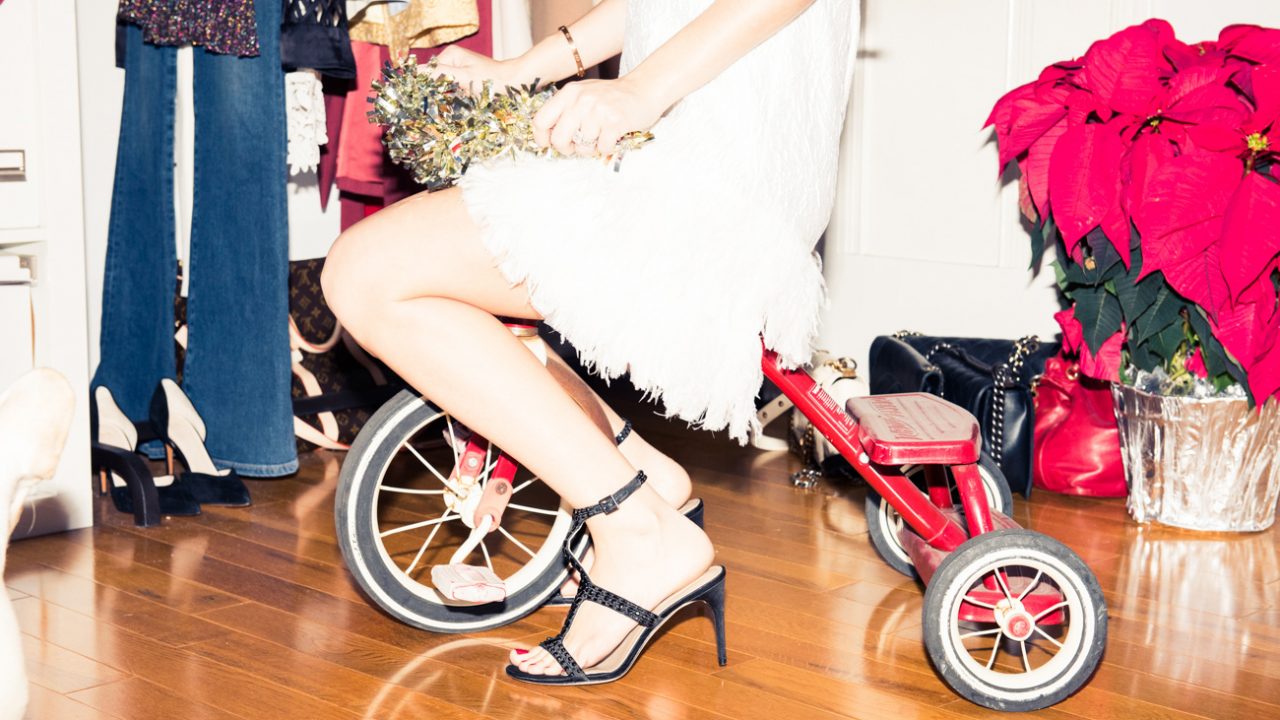 How To Deal With The Holidays in 60 Seconds

’Tis the season (here’s how to survive it).

On the first day of (unofficial) Christmas (aka November 1st), our coworkers gave to us...9 straight hours of holiday music. On the second day of…

Halloween has come and gone (by tomorrow) and the only holiday that stands between us and the most fabulous (and spendy) time of year is Thanksgiving. But let’s be real, that’s not stopping every structure we step into from being draped in fake plastic snow, twinkly lights, and cutouts of Rudolph by, like, November 2nd. And yeah, it’s all a jolly good time when there’s champagne a-flowing, gifts a-given, and cookies a-bakin’...until it’s the 342,634,656 time you’ve heard Michael Buble’s Christmas album in its entirety, and you’ve maxed out your credit cards. All of them. So here’s how we’re dealing with the not-so-joyous things that come along with the most dragged-out Hallmark holiday that is this season (even though we love it).

We’re not sure about you, but the thought of going to a mall with hordes of last-minute shoppers is our idea of a nightmare. Tack on the pumpkin spice scents wafting and competing holiday tracks blasting from every storefront. It’s just overwhelming.

Nothing says Christmas spirit like escaping your relatives and going on a hot tropical vacation. Bonus: eggnog isn’t available in St. Barths.

Don’t Listen To The Radio

Do people still do this? If you’re one of them. Don’t. Because based on what we experienced the last time we tuned in, every station plays 10 versions of “All I Want For Christmas Is You.” No one will do it better than Mariah. NO ONE!

Lay Off the Social Media

...on your days off. Sometimes being home and some good old family time is the best way to escape any craziness.