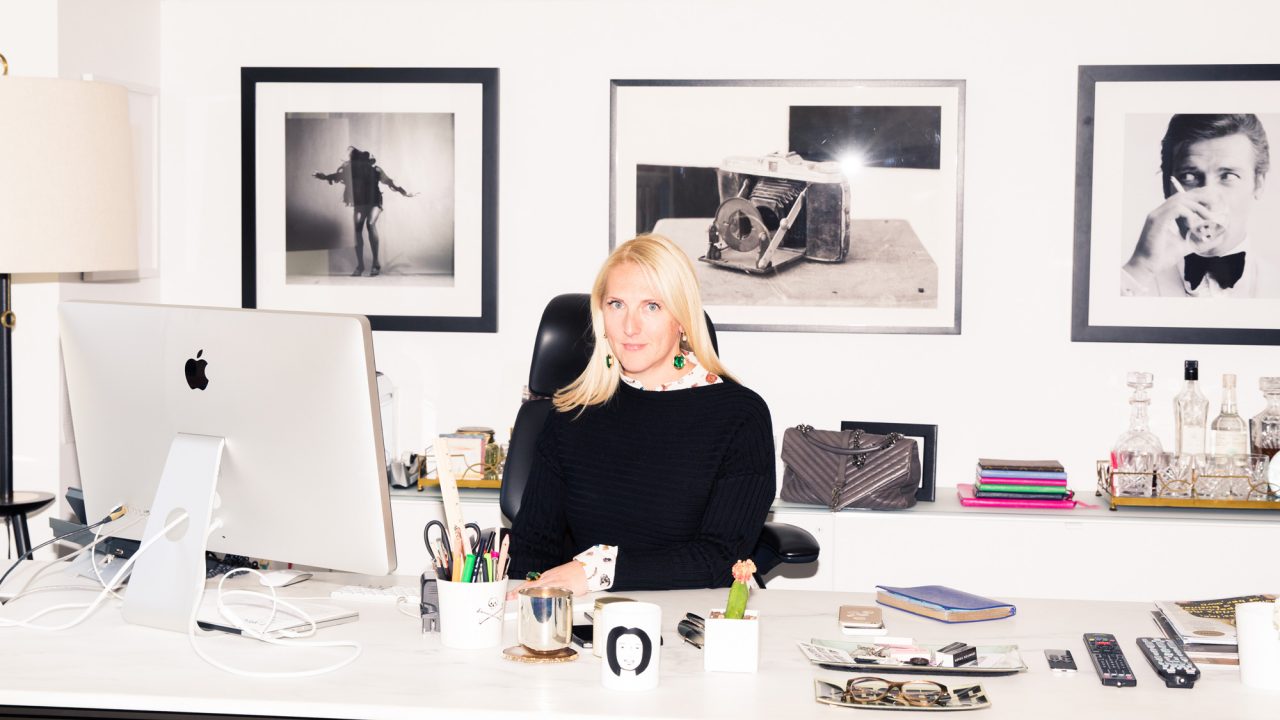 IMG’s Cat Bennett Is Essentially The Queen of Fashion Week

The almost unbelievable way she came to oversee fashion weeks around the world.

To hear her tell it, the way Cat Bennett, IMG’s Senior Vice President and Managing Director of IMG Fashion Events and Properties, came into her role is almost unbelievable. It started with a literal dream—as in, one that comes to you while you sleep (more on that later)—but she’s clocked time at William Morris and CFDA, and now oversees all Fashion Week initiatives globally. As in, all the Fashion Weeks—from Tokyo to Moscow to New York City, Bennett is involved.

Three years ago William Morris Endeavor and IMG merged, meaning Bennett’s career has come eerily full circle from her days at the Hollywood talent agency (again, see the whole dreaming-your-perfect-job thing). It’s now her mission to give designers a platform to showcase their vision, whether that means holding a presentation at Made (a hub for emerging designers that started in New York), a massive show with Kylie Jenner front row (see: Jonathan Simkhai), or even developing their newly minted Fashion Week retail space. Considering that some of the most interesting conversations around fashion these days touch on Fashion Week (the whole “see now, buy now” thing, and questioning the future of the tradition in the social media age), we were beyond excited to get some face time with Bennett.

To be honest, it made us just a bit nervous to meet with someone who is a capital Big Deal in fashion. But after talking about her adorable daughter (who, by the way, gets to travel the world with her mom—the dream), her killer Marni earrings, and how she left a well-paying job to work in the mail room at William Morris (seriously), we learned that she’s also a capital Nice Person with exactly zero ego, who is genuinely invested in the work she does. And even though Fashion Week *just* ended (since Paris, Bennett also made a trip to London for Frieze Art Fair, which she also works on—from here on out every time we say we’re “busy” we’ll think of Bennett and feel, well, lazy) we left the shoot feeling newly inspired and optimistic about the future of Fashion Week. 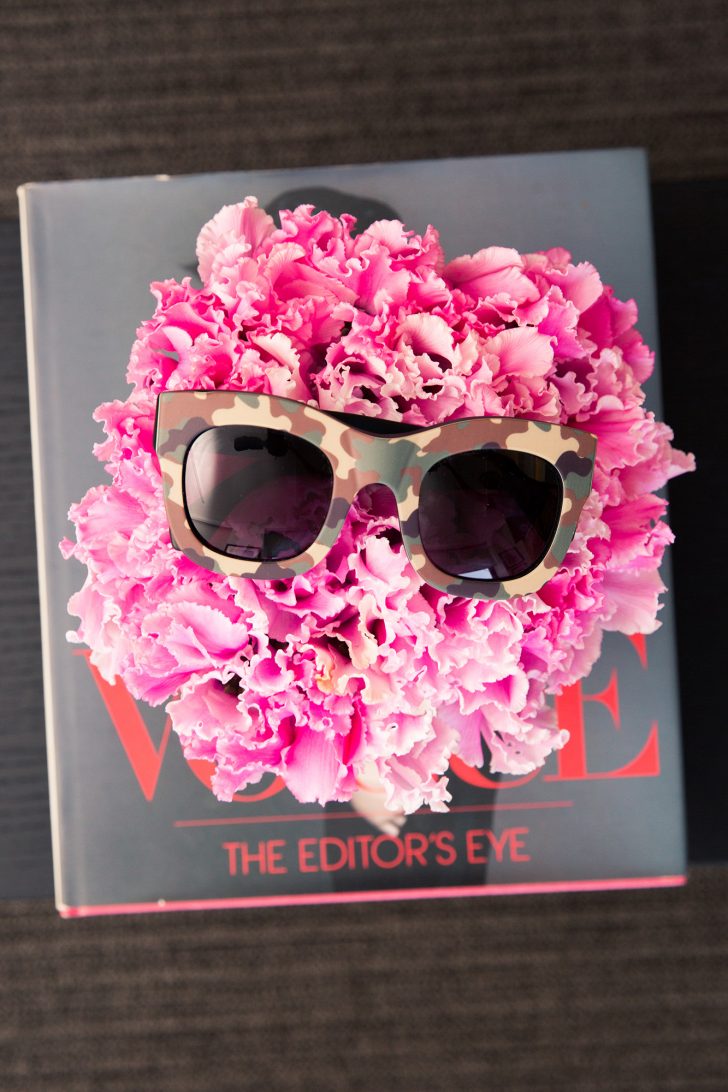 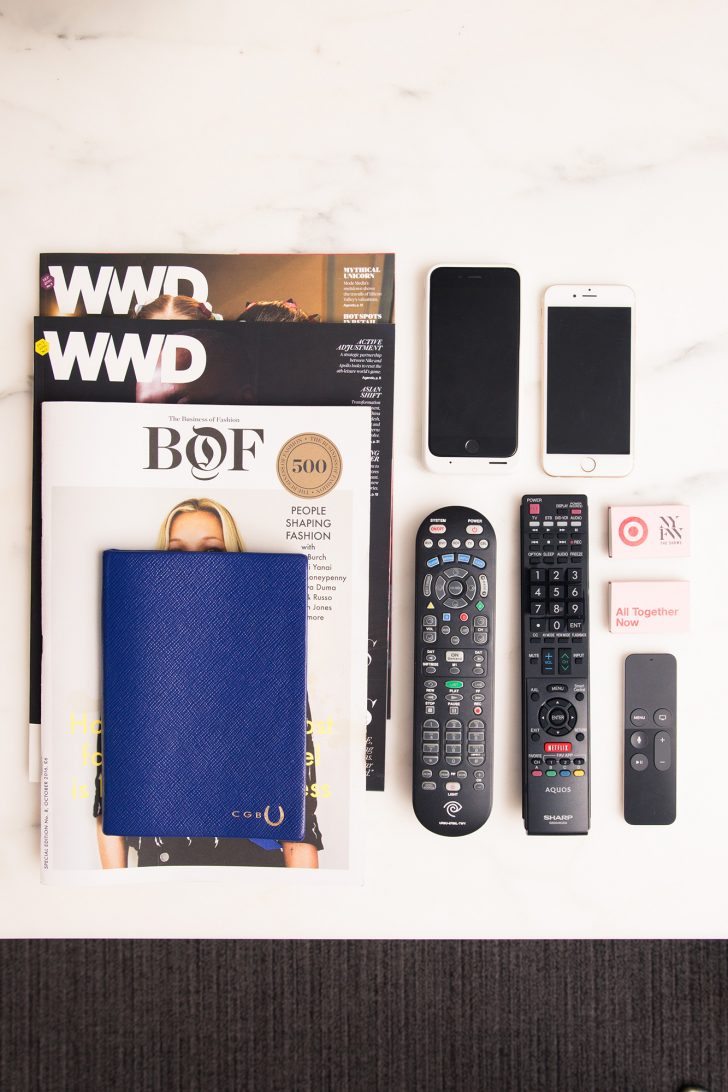 Her role at IMG:

“I oversee the fashion portfolio for WME-IMG, which consists of the global Fashion Week’s business. I’m very involved in [every Fashion Week around the world]. We have a terrific team globally, but I oversee the entire portfolio, so we have teams in every country where we have main events. We’re in Paris, Milan, Sydney, Berlin, Tokyo, Moscow... We touch all the biggies on some level. We either wholly own, operate and produce the Weeks from soup to nuts, or we’re involved via commercial representation—meaning we’re responsible for bringing them partners and finding them commercial opportunities.”

How she fell into fashion:

“I started, actually, as a business affairs lawyer at William Morris agency, and ended up at the CFDA kind of randomly through a friend who worked for Diane von Furstenberg. [When we met, we started] talking about our careers, and she said, ‘You know, if you’re interested, Diane is the president of the board of the CFDA and they’re looking to fill a position that might be interesting to you.’ To be honest, I was not interested in it and I didn’t know anything about the fashion industry at all, but I went as a courtesy to her. When I met with Stephen Kolb I fell in love with him. I loved what was happening there and I literally begged for the job and started two weeks later. [At the CFDA,] I was director of business affairs and so I was responsible for business development and strategic partnership.” 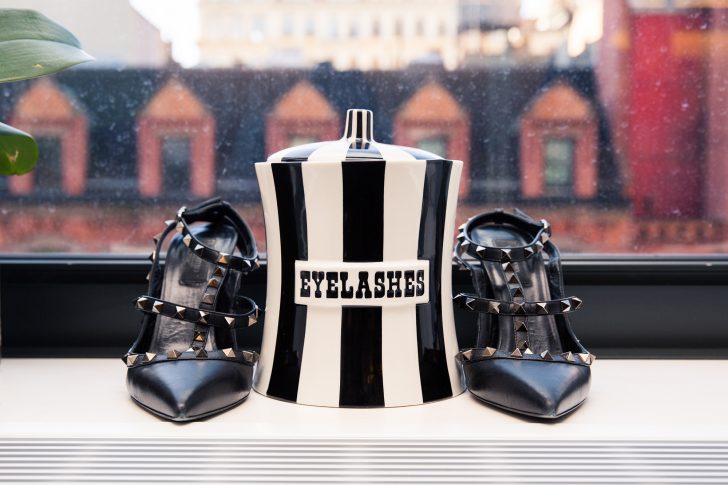 “What’s great about our position now is that we can really be a tool and platform for designers for whatever makes sense for them and for their business. We see that evolving and changing all the time, which is great. For some people it’s a big runway show every season, and for others it’s a runway show once a year and some other kind of marketing exercise every other season. For some it’s just creating an original piece of content every season. We’re in a position now where we’re able to provide any of those tools for them. [Our involvement] changes and depends on what’s happening in the industry and what’s happening for each designer specifically. What you see happening in New York is different from what’s happening in Sydney or Berlin.”

The way Fashion Week is evolving:

“There’s a lot of conversation lately about consumer and ‘see now, buy now,’ and we’re seeing a real kind of hybrid model of [both industry and consumer focus] happening in some markets and not in other markets. I think some of the traditional industry markets—like London, Milan, Paris—are still very much industry events and industry focused.

“Then we’re seeing other markets evolve, like L.A. for example. A few years ago we tried to do an industry event in L.A. which was not successful because the industry wasn’t there. Then last year we launched a hybrid event that was both for the industry and consumers, which was incredibly successful. It’s really about being adaptable in each market, so you’re seeing that evolve. 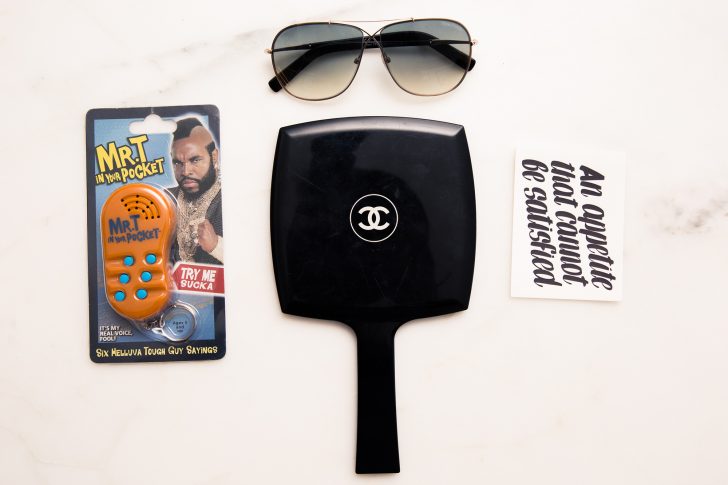 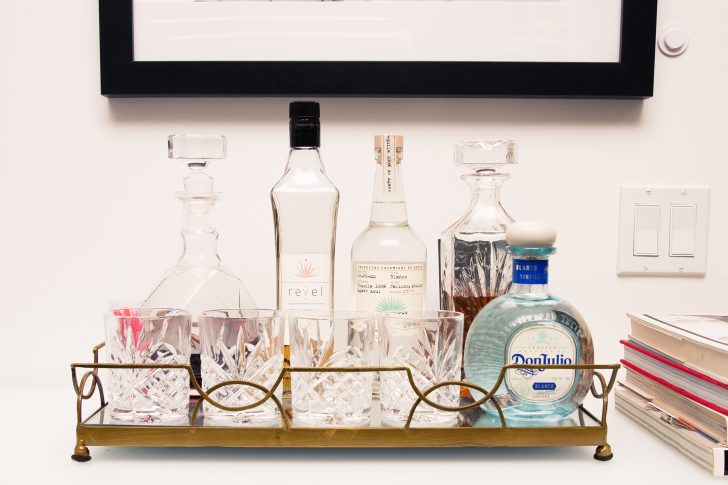 What’s next for Fashion Week:

“We’ll continue to evolve our retail offering. We learned that designers and consumers really responded to that. We are learning that it’s really important to add elements that provide direct support to designers during this time. We are continuing to evolve our main brand—we just announced this past week that we’re launching Made Sydney next month, which we’re really excited about, so we’re going to continue to focus on that platform.”

How designers can get involved in Fashion Week without having a show:

“We’ve launched an incredibly beautiful channel on Apple TV called M2M. It’s devoted exclusively to fashion content. And now we’re in a position where we can offer designers the ability to create all kinds of content that they can distribute in a variety of different channels throughout the week. If they want to just do something small, we have a number of different platforms where they can do a small presentation, or if they want to participate in the retail shop we did on our main platform of New York Fashion Week [that’s an option]. We did a pop-up shop through Made as well for a number of different designers. And some used the space also as a showroom, too, which is kind of interesting.” 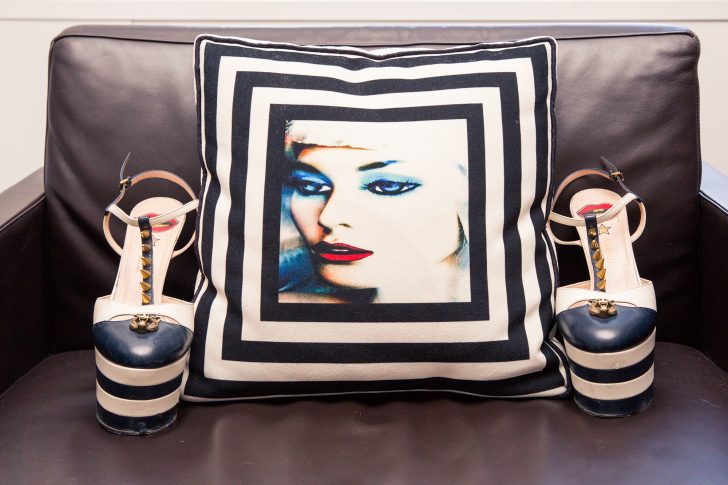 One of the most meaningful NYFW moments for her:

“One that was really meaningful to me was seeing Jonathan Simkhai fill our largest venue we have, which seats a thousand people. He’s a designer that I’ve had my eye on for a really long time and that has been emerging for a long time. He’s someone that was supported by Made and he’s a perfect example of someone that’s come up through the ranks and graduated, so to speak, onto the main stage at New York Fashion Week. That was an exciting moment for all of us—and one of the reasons that we’re really excited about Made too, and why it was an important addition to our portfolio. That’s a perfect case study.”

“It’s important to not have expectations. I never thought I would end up in fashion, to be honest, but I have always tried to learn as much as I can from whatever position I’ve been in. I’ve always worked really hard, no matter what job I’ve been in. I’ve never been afraid to take risks. I gave up a high-paying job to go start in the mail room at William Morris and I was a lot older than everybody else in there. I wasn’t afraid to do it.” 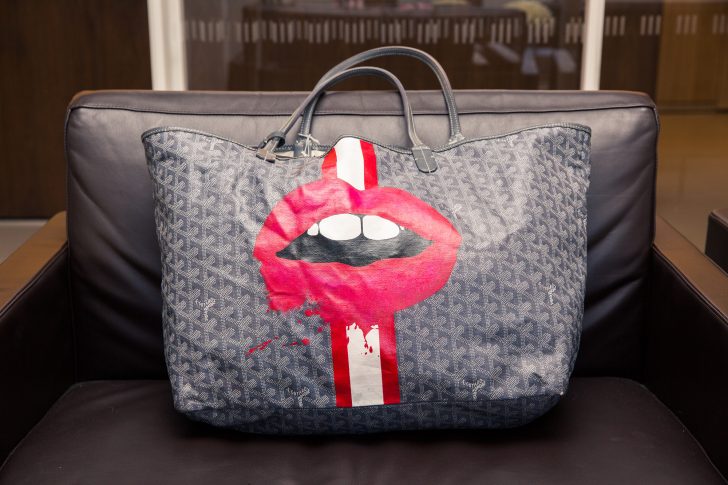 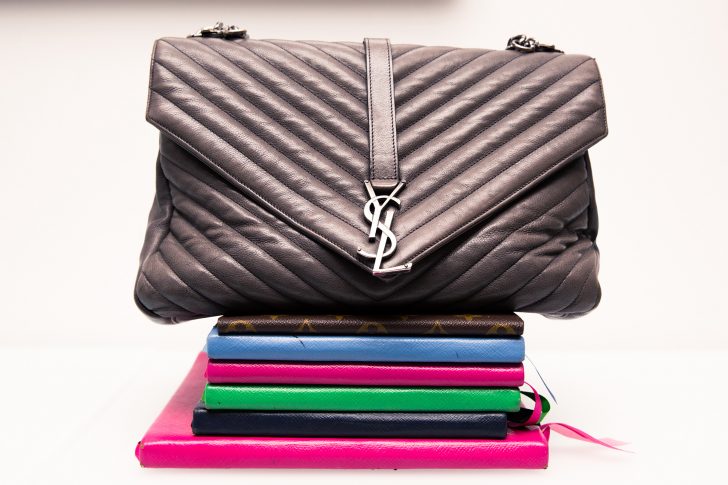 Wait...she started in the mail room? [Ed note: this is the best story ever]:

“Yeah, I did start in the mail room—literally the mail room. I don’t even think they have mail rooms today, but I pushed a mail cart around and probably made, like, five dollars an hour.

“I had graduated from law school and had not really anticipated practicing, so I hadn’t taken the bar right away. At the time, I was working in music marketing, and was working at Central Park Summerstage. It bothered me that I’d never taken the bar, so I took some time off and studied for the bar and took it. I met an agent at William Morris who I’d randomly told that I was excited because I just passed the bar, and he said I should think about being an agent—a lot of really great agents are lawyers by training. He said, ‘We have a great agent-training program at William Morris, you should come in and talk to us about it.’ I went to William Morris and met with Jim Griffin, who was a legend in the TV business. He called up the HR woman who said, ‘Oh my god, you’re in luck, we have a panel tomorrow, be here at 9 AM with 12 copies of your resume.’” 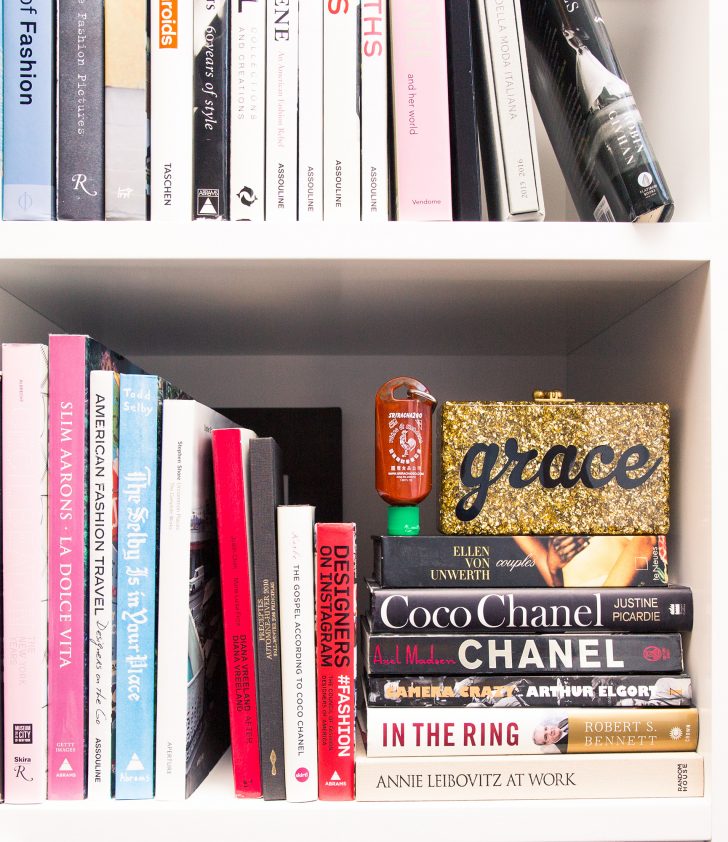 “I ended up going. I don’t know if they still do this, but at the time you go for this interview and it’s intense—you go into a conference room with, like, 20 agents and they all fire questions off at you. I had no intention of actually wanting this, so I think I was pretty relaxed, unlike most people when they’re in this situation, so they offered me the job on the spot, and I was like, ‘Oh, no, but thank you anyway.’

“So I didn’t take the job and three weeks later I had a dream, and in the dream someone was like, ‘You should’ve taken the job.’ I called the woman back and I said, ‘I don’t know if you remember me, and this is going to sound so insane, but I had this dream, and in my dream I made this huge mistake that I didn’t take the job, and I don’t know if you still have an opening or if you’d even consider it…’ and she was like ‘This is insane! I would never do this, but I am a total believer in this stuff, so, okay, you can start tomorrow.’ She ended up becoming a really great friend of mine and we’re still really close friends to this day.

“I joined the mail room and the next day gave up my job at Summerstage. So, you never know!”