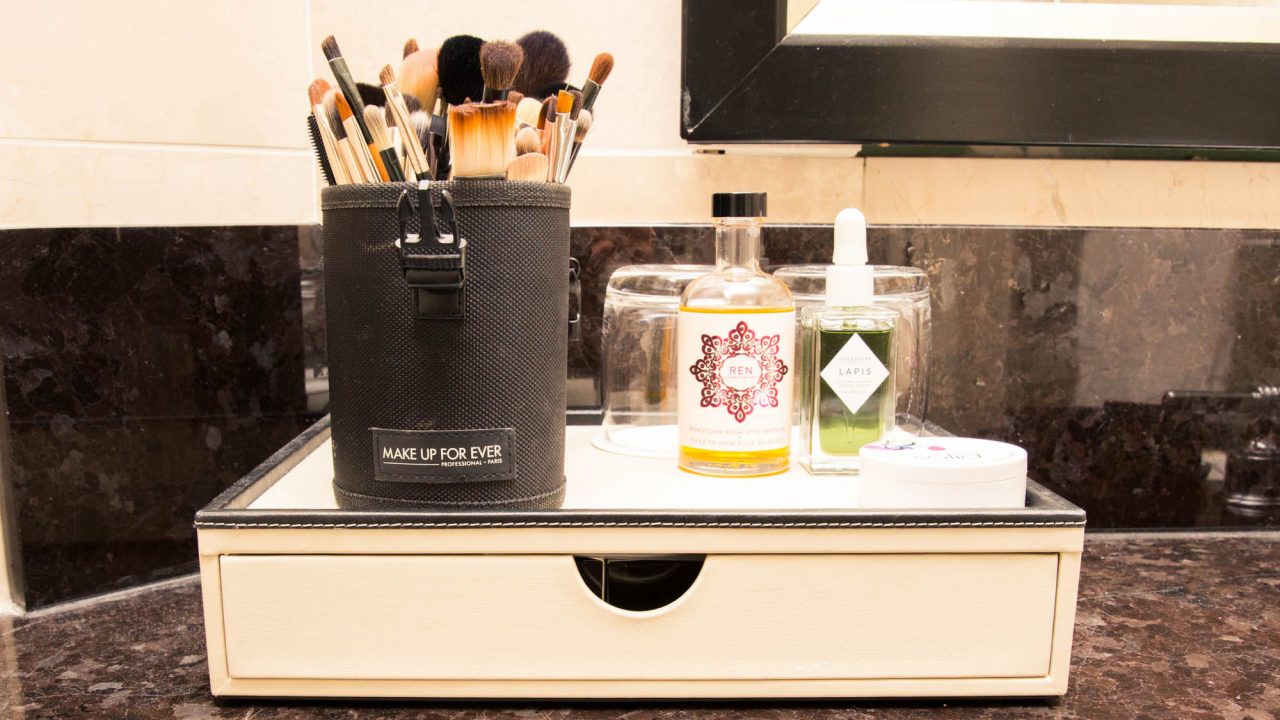 On the Road with Emily Blunt's Makeup Artist

Plus the products she can’t live without & what she really thinks about contouring.

There are few better ways to start a morning than talking shop (shop being the best blush, tinted moisturizers and mascaras) with makeup artist Jenn Streicher. We caught Streicher in New York while on a press trip for The Girl on the Train with Emily Blunt, and got her to reveal the entire contents of her kit (including a treasure trove of Laura Mercier, plus a dozen or so Beauty Blenders); before sitting down to get caught up on blindly moving to the city in her teens and jump-starting her career here, what it’s *really* like to work as a sister trio (Jenn and her sisters Ashley and Kristie operate the salon Striiike), and how social media has changed everything about the beauty industry. 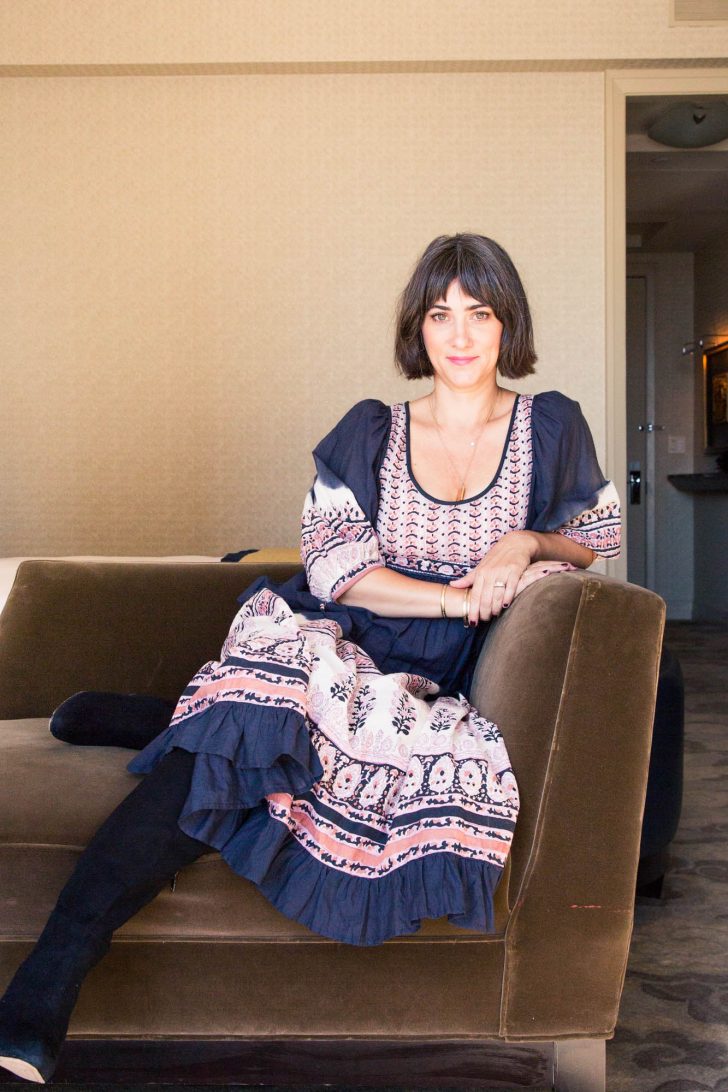 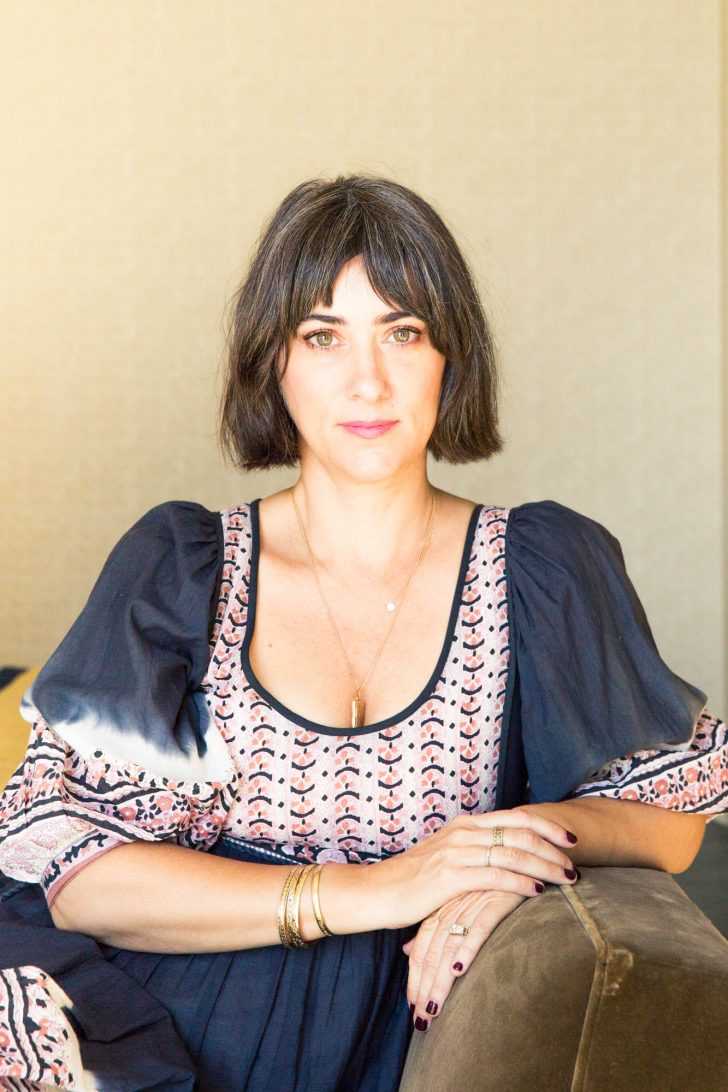 On getting her start at a makeup counter:

“I grew up in a very small town in northern California and I didn’t even know this job existed. Right out of high school, I started working at a makeup counter. It wasn’t until I moved to New York on a whim that the whole world opened up to me. That’s when I realized that I didn’t have to work at a makeup counter for the rest of my life and that I could do something more creative.”

Why naivety is the best (especially when it comes to moving to New York):

“I was living in San Francisco, and my boyfriend at the time got a job here and was like, ‘Do you wanna go?’ And I was like, ‘Okay!’ I had never even visited, I just packed my bags and moved. Our apartment was amazing, a two-bedroom, beautiful, new apartment. It was across the street from Tompkins Square Park in the East Village but before it was cool. I was naive! I didn’t know! Naivety definitely [helps.] Thank god I did that, because my whole life would be very different if I didn’t.”

“I was hair assistant to Edward Tricomi at Warren Tricomi salon, and there was a makeup artist that worked there. At the time Warren Tricomi was in a partnership with Next Agency, so he would go on photoshoots, and I was like, ‘Oh my god. That is what I wanna do, how about I bring in a few models and do them for you?’ So I did. I always say don’t be too narrow with your goals because if I was being very close-minded I wouldn’t have gone there, and everything happens for a reason.” 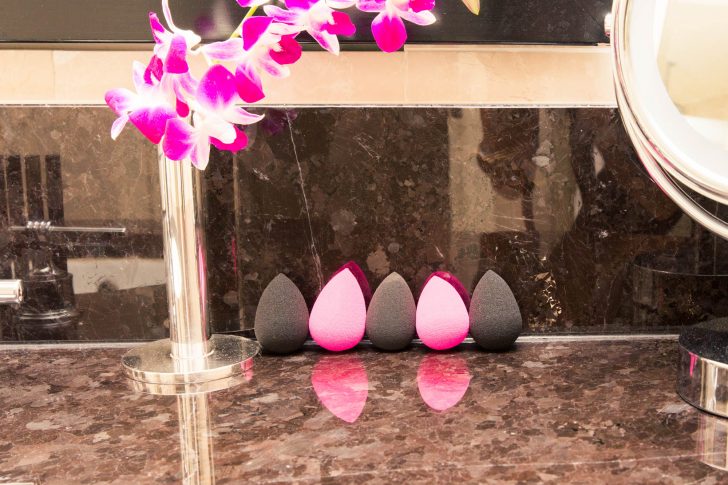 How the Streichers became a sister act:

“Kristie, who is two years younger than me, moved to New York a year or two after I moved here. That was a big thing for me because when I moved, it was the first time I had been away from my family. She started to visit and finally moved here and started working at Warren Tricomi doing facials and eyebrows, but we never worked together.

“Ashley, who does hair, is 10 years younger than me. When she was sixteen years old she’d visit during the summer and assist at Warren Tricomi, which was the best experience for her. I knew I wanted to go back to California, so I went to L.A., and of course Kristie was like, ‘I want to move to L.A. too!’ By that time, Ashley was 26 years old and finally moved to L.A.

“Striiike really came out of us finally all living in the same city. People always used to say, ‘You guys should do something together.’ We’d be offered reality shows every other day. But then we would work together every once in a while, and it started to be more and more. It just got to a point where we really enjoyed working together and wanted to do more.” 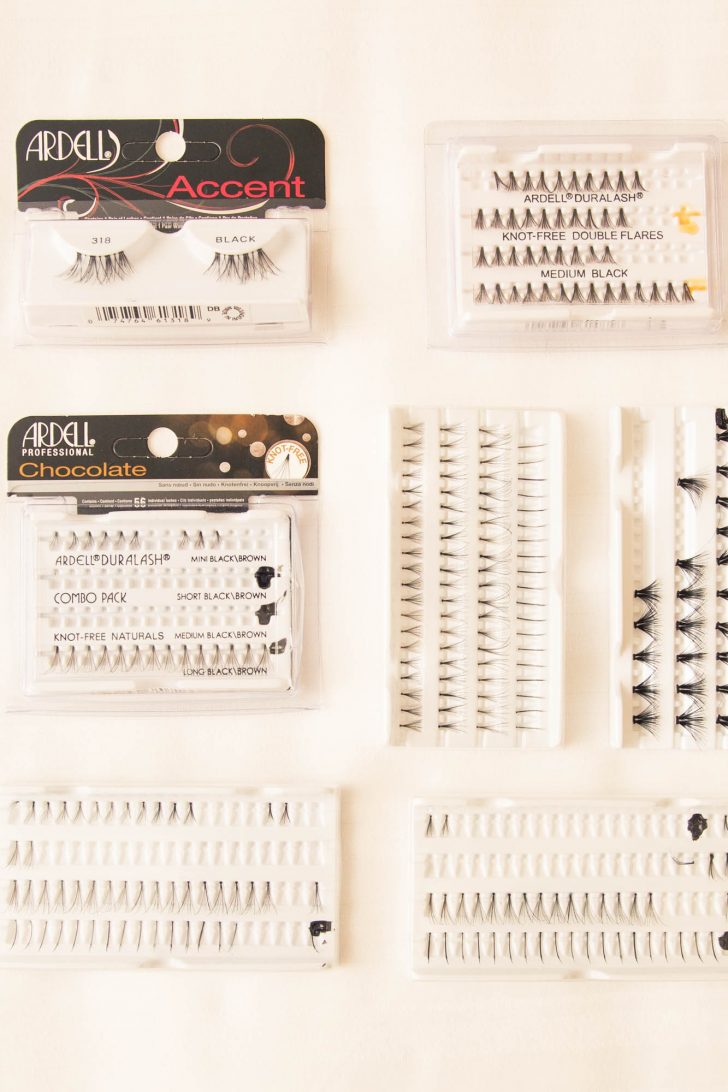 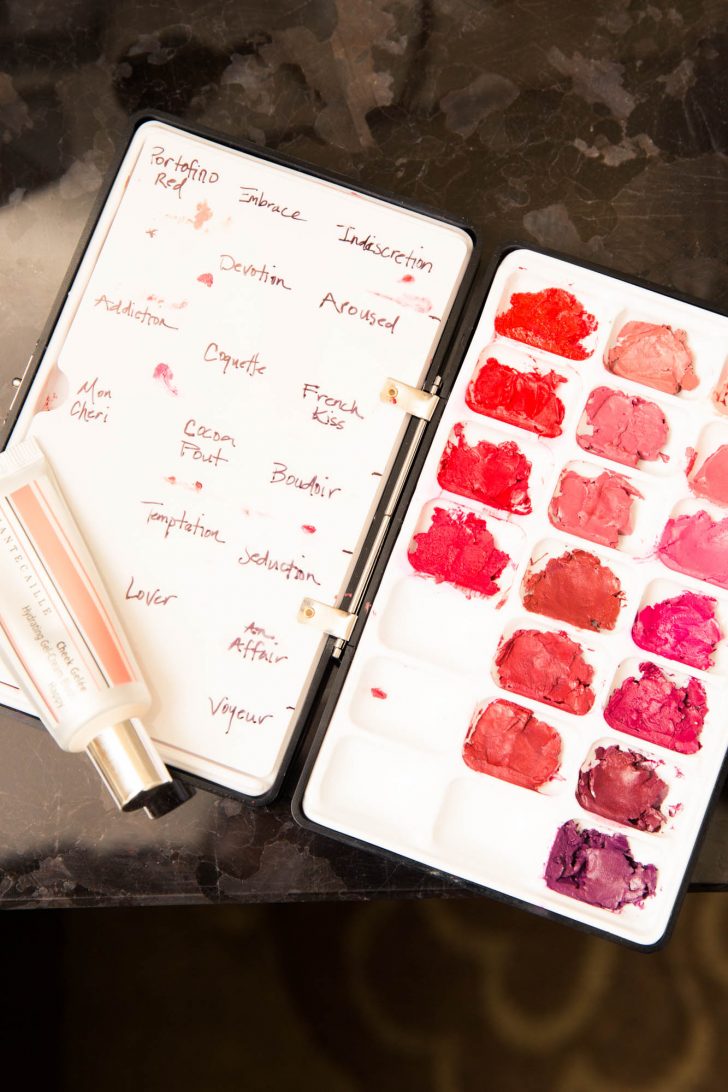 What it’s really like to start a business with your sisters:

“Warren Tricomi closed in L.A., and Kristie needed a new space. That’s when we thought about opening a space together! We really had no idea what we were doing, we didn’t have a business plan. But it is a great learning experience.

“I love working with my sisters, it’s a comfort. We have a very similar aesthetic. Usually the hardest thing with doing somebody’s hair and makeup is you don’t really know that person, and then this hair person is coming in that you don’t really know either. We have similar tastes, so we know going into it what we want to do. The more we work together, I realize that’s why people have teams, because of that exact reason. You find someone you work with who has the same taste and aesthetic, and the whole look ends up being so much better.” 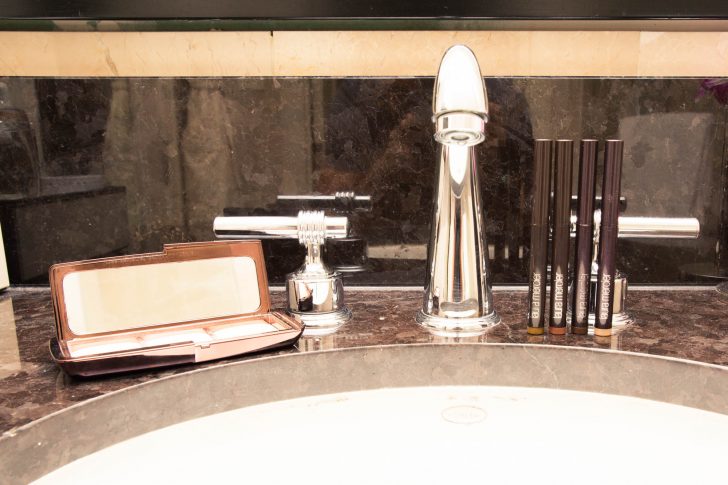 “My sisters and I are the same, but very different. We all like beauty, but it’s very much on the natural side. You want to be done, but not too done. Have a little bit of fucked-up hair. You want to be accessible, and not worry about going to the beach with a full face of makeup on, which is silly. Striiike is a small space, so it is really kind of private. It doesn’t have the kinetic energy that a salon does. Those big salons are crazy, and you almost feel a little insecure walking in there. It’s really overwhelming. Striiike is definitely small and homey, and it feels very comfortable, like everyone is just hanging out.”

What a press tour actually looks like for a makeup artist:

“We just did two days of press in London and they were really, really long days. You start at 7AM and do hair and makeup and press until the premiere, so we were out until 10-11 o'clock, and then another early morning the next day. We did a night show, the Jonathan Ross Show, and we were working until 10 that night too. It’s a long day and you’re jet-lagged and you feel crazy! You just gotta get through it. But on days off you’re allowed to sleep in and catch up on stuff.” 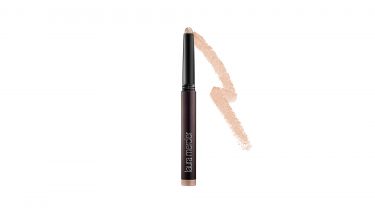 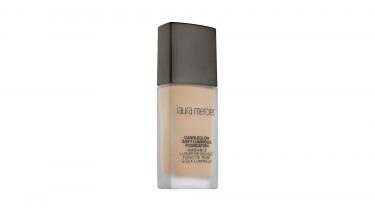 “If I did lose my luggage or kit, I think brushes are pretty important—they are so personal! If I had my brushes, I could use almost anything and make it work. I’m also really into Laura Mercier Caviar Eyeshadow Sticks, they’re so easy to use and long-wearing. I’m a big skin person; if you have great skin you can do almost anything. Skin products are important—primers, foundations... Right now I’m really into Laura Mercier Candleglow Foundation.”

“I’m a big Pinterest fan. For a big event like The Girl On The Train premiere, it’s so nice to be able to look through Pinterest. I will constantly pin things, images or makeup that I like. It’s sometimes hard to talk to a client about looks, because everybody has a different way of describing things. People even have different ways of describing colors. What you say is red, I could say no, that is actually really orange. Seeing stuff and being able to communicate through pictures is key for me. And lighting is really important! In L.A., I travel with a light.” 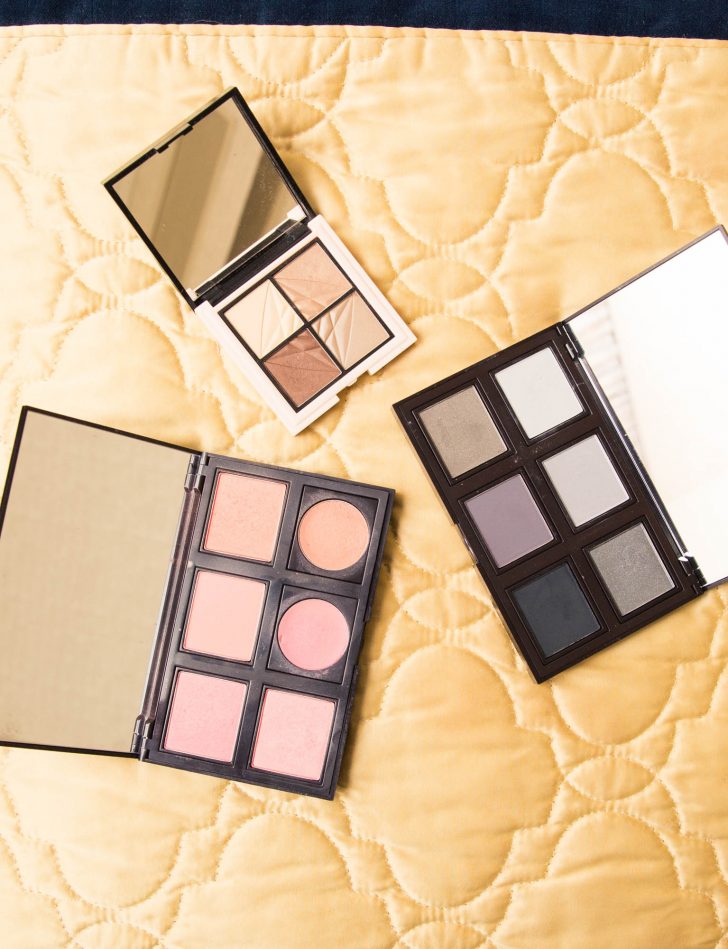 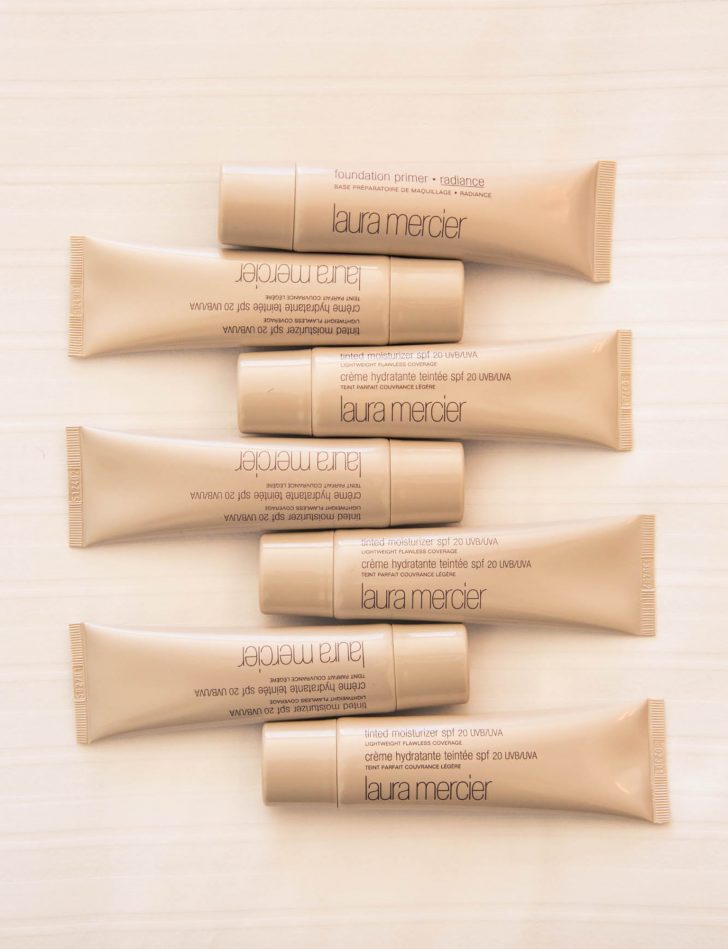 How social media has changed the beauty industry:

“The social media stars, vloggers and beauty bloggers are becoming the new beauty experts, I didn’t grow up in that world. I don’t have millions of followers at all! It is a really weird time. I know artists that have been in the game a long time get upset, I get it. I see how frustrating it is, but you have to play the game, too. I do think vloggers and beauty bloggers are super talented in a way, they only do makeup on themselves and they are really good in front of a camera. 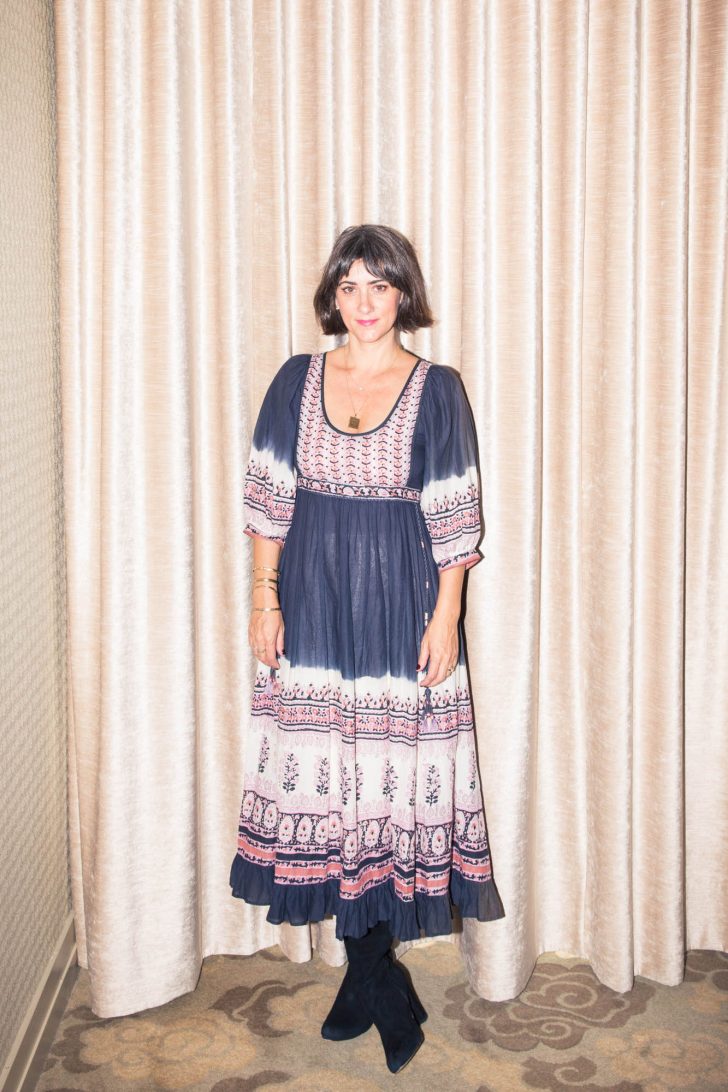 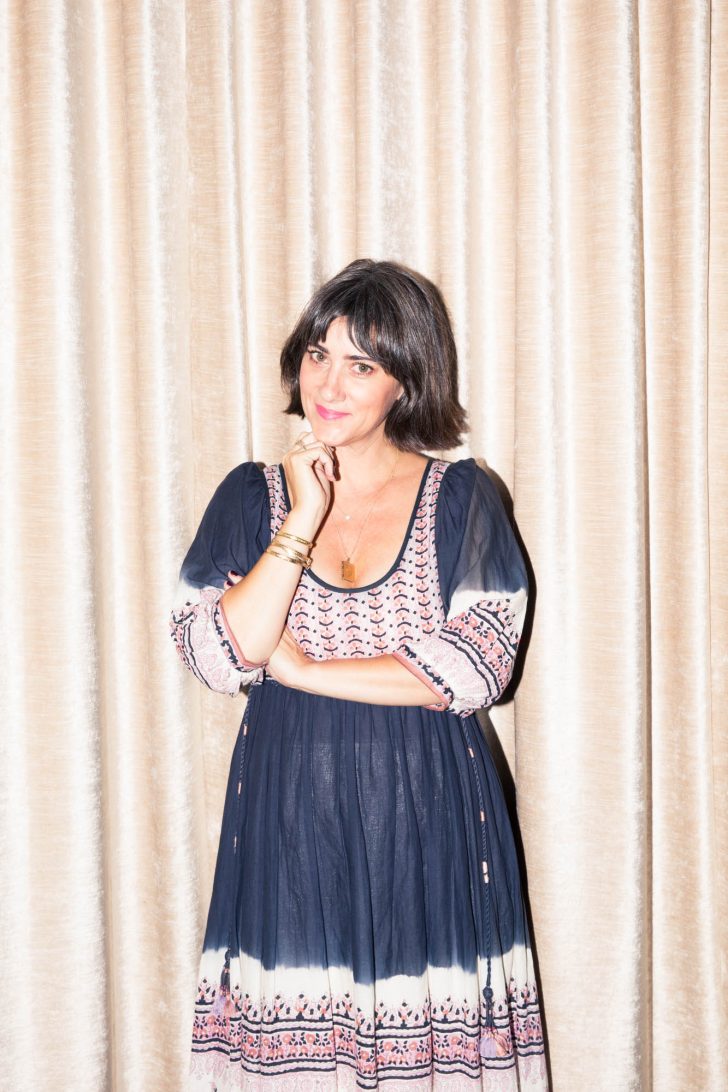 Her advice for aspiring makeup artists:

“The best advice I ever got was a long time ago, when I was working at a beauty counter. They made false promises to me, and I was really pissed off about it. I remember this woman saying to me, ‘I understand why you’re irritated, but if you’re going to do something, do it 110%, no matter what you are doing, because it’s just going to make you look bad [if not].’ That really stuck with me! You have to stay focused and say, ‘No! This is what I’m doing. I have to be the best me.’ I think about that all the time, especially when I am somewhere doing something that I don’t particularly want to do. You should never let that show. You should always show that you are doing a great job.”