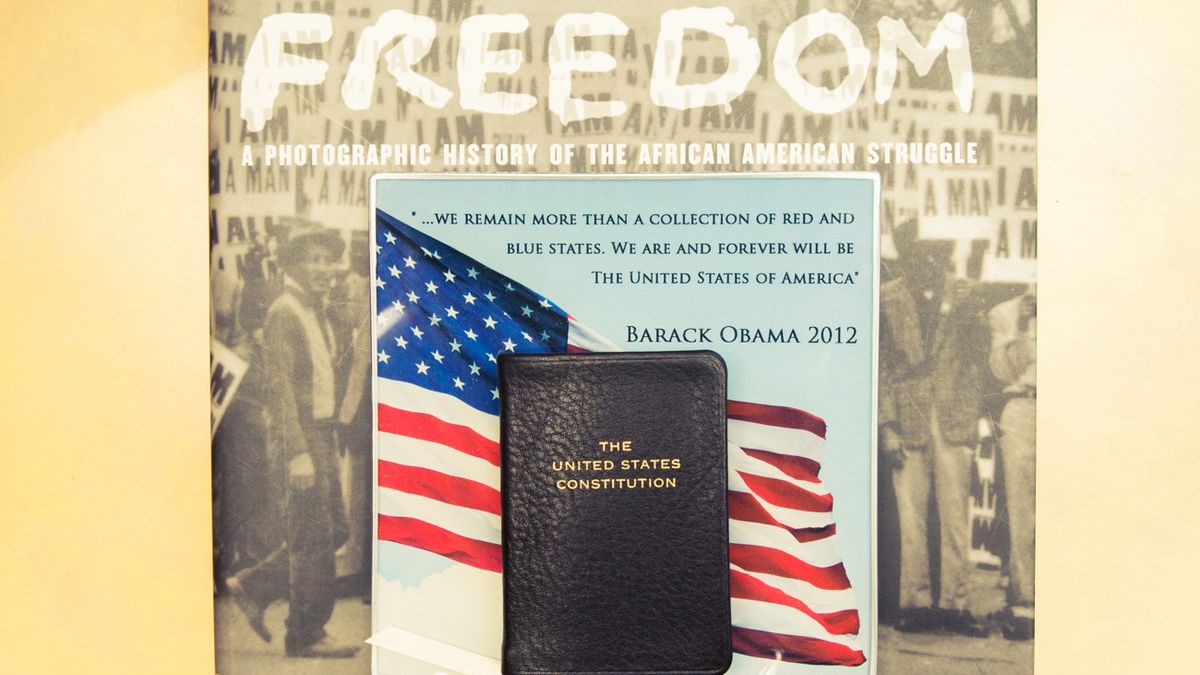 Emily Barasch is a Manhattan-based writer who regularly contributes to Vogue.com, TheAtlantic.com, Mic.com, and Vice.com.

In the wake of Donald Trump’s tailspin that started with his infamous Access Hollywood tape to last night’s fetid debate performance, pollster Nate Silver has the odds of Hillary Clinton defeating Trump at a staggering 86.2 percent as of writing this article. And as Trump himself has pointed out, it’s likely the same quality responsible for his ascendency as for his downfall: that candid, brazen, and offensive manner of speaking, appealing to a base tired of political correctness and offending just about everyone else.

The policy points laid out in the last (thank god) debate mostly got obscured by the electrifying sound bites Trump provided and the most abrasive strategy HRC has ever employed against him. (On his relationship to Putin, she suggested he was “a puppet,” to which he snapped back, “You’re a puppet.” Ugh.) Hillary appeared just as tired as the American public of this cycle’s shenanigans, less upbeat, and rawer than ever, unafraid to poke and prod her opponent into an angry reaction.

Both candidates did offer a snapshot of their platforms and their important differences during the opening topic: the Supreme Court. Trump wants to nominate Justices who will “automatically” overturn Roe v. Wade and leave it to be decided by individual states; Clinton vowed to uphold the landmark pro-choice decision as well as LBGT rights and enforce stricter gun control laws. Immigration was an another obvious point of difference—with Hillary supporting more inclusive policies and suggesting that Trump “choked” when he met the President of Mexico.

But the debate descended into chaos as Trump gifted HRC supporters (and the Internet) a buffet of unsavory sound bites. On crime-committing immigrants, he said: “we have some bad hombres here, we’re going to get them out,” subsequently angering the Hispanic community and liberals, at large. After Hillary suggested he was Putin’s “puppet,” he petulantly—and unprecedentedly—called her a “nasty woman.” Trump critiqued the efficacy of Clinton’s 30-odd years of public service, to which HRC’s put forth a comparative time line, pointing out that the day her efforts captured Osama bin Laden, Trump was performing on the Celebrity Apprentice.

Late-term abortions, too, got the Trump treatment: “I think it’s terrible if you go with what Hillary is saying, in the ninth month you can take the baby and rip the baby out of the womb of the mother just prior to the birth of the baby. Now you can say, ‘That’s OK’ and Hillary can say, ‘That’s OK,’ but it’s not OK with me.” (In fact, late-term abortions are so rare—they account for roughly 1.3 percent of all abortions performed—and as Hillary put it, are heartbreaking decisions that involve serious threats to the health of the baby and/or mother.)

There was literal laughter from the audience when Trump said, vis a vis allegations of his sexual misconduct, “Nobody has more respect for women than I do. Nobody.” Which, quite frankly, is hilarious, and gave Hillary the opportunity to deliver one of the night’s most poignant lines: “Donald thinks belittling women makes him bigger. He goes after their dignity, their self-worth, and I don’t think there is a woman anywhere who doesn’t know what that feels like.”

The pièce de résistance, however, came toward the end when Trump refused to say if he would concede if he lost the election. “I will keep you in suspense,” he demurred with a coy schoolgirl cadence. The implications of this message cannot be overstated: Never in American history has a candidate made such a statement.

It reads a bit ironic that the first female Presidential candidate, one of our most experienced in recent history, who began her career fighting for the marginalized, had to run against a man like Trump. With just under one month until the election, there are still untold opportunities for frenzy—but we have to wonder, could it get much worse?