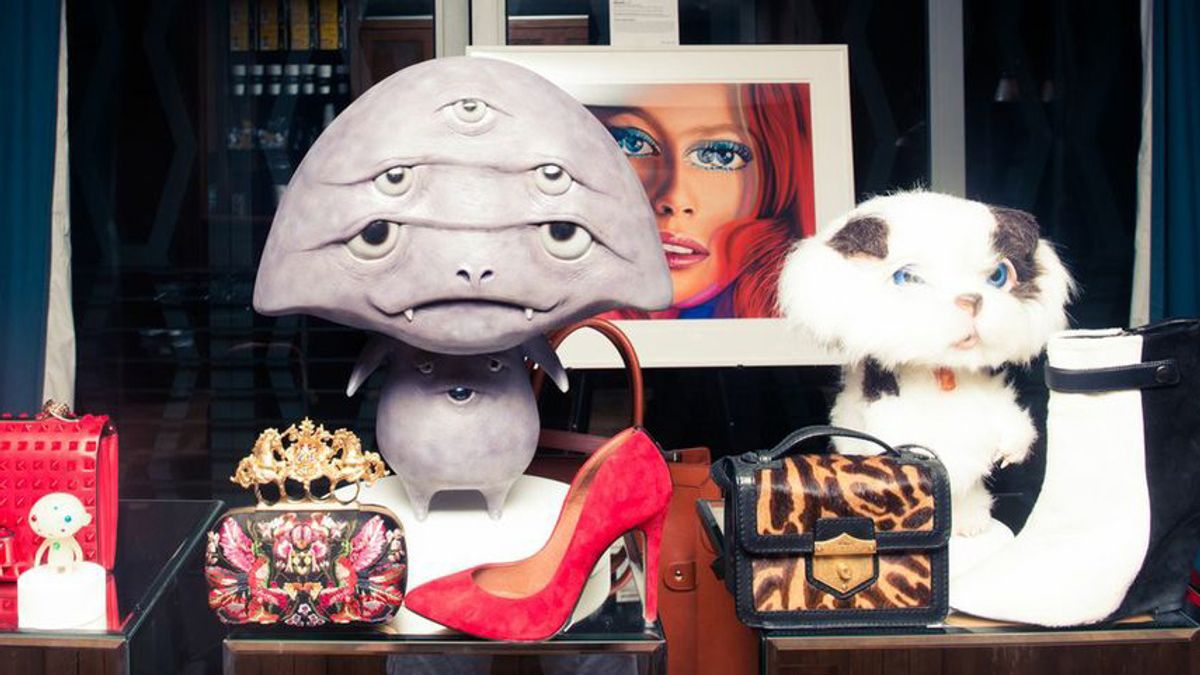 Consider this your guide to Halloween cozy-time.

Halloween is the perfect time to peer-pressure your friends into having a scary movie marathon, and all of the candy and chocolate your stomach can physically handle. Or to get weird and run around in the most out-there costume you can find—whichever you fancy. Call us boring (we prefer the term mature), but at Cov HQ we’re all for option number one (although that doesn’t mean the weekend prior we won’t be fueling our karaoke addiction). And although any other night you would find us getting slightly overwhelmed by the magnitude of choices that Netflix holds, we’ve had our Halloween picks queued up for weeks now. Here’s everything we’ll be watching.

“There is no way I could accurately tell you how many times I have seen this movie. I mean, witches, a talking cat, and SJP as a witch—what more could you ask for? This Halloween (and every other one for as long as I live) you’ll find me cozied up on the couch watching this movie (while munching away on *all* the mini chocolate bars).” —Jodi Taylor

“After countless stories from my mom about growing up in a haunted house, I’m pretty convinced that not only are ghosts real, but you can see them, talk to them, and live with them. Enter Casper, my absolute favorite Halloween movie. Young Christina Ricci is living out my dream of growing up alongside Casper, Stinkie, Stretch, and Fatso. I can’t wait to watch it again!” —Andee Olson

“Okay, so it’s a bit of a cheesy selection, but who didn’t wish they were a witch at some point in their youth? Which, honestly, is kind of becoming socially acceptable once again, as has the choker necklace. Plus, Nicole and Sandy were at their prime! I can’t wait to rewatch it.” —Noah Lehava

The Nightmare Before Christmas

“I’m not sure if this is technically a Christmas movie or a Halloween movie, but either way, I love it. The part where the Oogie Boogie Man comes unraveled and is secretly full of bugs? Genius. Plus, Sally was a babe.” —Laurel Pantin

“Although the theme has been recreated a million times—people move into a new home and learn that it is haunted—it doesn’t get better than this. Directed by Tim Burton in the ’80s with actors like Alec Baldwin, Winona Ryder, and Geena Davis. It’s a very odd movie, and isn’t that scary—well, maybe through the eyes of a child, which was me when I first saw it.” —Jill Novara

“Fun fact about myself: I do not like being scared. But I do love the fall, and Halloween. Young Frankenstein is hilarious and strange and not scary in the least. I have probably been watching this movie for 20 years and something new makes me laugh every time. Plus, Gene Wilder as a professor-turned-mad-scientist? Yes, please.” —Sabrina Velazquez

“C’mon. Is this even a question? RHPS all day, every day, now and forever. While it’s not exactly a Halloween movie per se, it is vaguely spooky, super campy, and obviously has the best movie soundtrack of all time.” —Meagan Wilson

“Let me preface this by saying that my mother is a VERY loving and protective parent, but every so often forwent parental guidance norms. When I was 10 she overlooked the R rating and let my young brothers and me watch John Carpenter’s Halloween. Needless to say, we were absolutely terrified. It was justified, she explains, (‘It's a classic!’) because it has truly very little violence and gore—just a perfect ’70s-style psychological thriller.” —Alex McGinn

“True story, I confronted my parents when I was 11 about where the eff my Hogwarts letter was. Spoiler alert, I never got it, but I still feel like I grew up alongside the cast members (totally had a crush on Malfoy) and get a little too excited when I hear the distinguishable HP theme music. Not to mention, Bellatrix has to be one of the most stylish witches in the game. Halloween-time provides just another excuse (not that I need one) to ignore reality, marathon HP with my roommate, and argue about whether I’m a Gryffindor (totally am) or a Ravenclaw.” —Tatiana Bravo

The Witches of Eastwick

“The Witches of Eastwick is simultaneously the most amazing and most bizarre—everything a cult ’80s movie should be. It stars Cher, Susan Sarandon, and Michelle Pfeiffer (all crazy beautiful and glamorous) as sisters who are ~magically~ turned into witches by the devil, played by none other than Jack Nicholson. Aside from the weird and wonderful plotline, the costume inspiration is endless.” —Emily Ramshaw

“When it comes to Halloween and scary things in general, I’m a total wimp—so I make the holiday more about candy and themed parties than anything spooky. Hocus Pocus is my all-time favorite, followed closely by The Addams Family. I mean, who didn’t relate on some level to Christina Ricci as Wednesday (she’s me practically every Monday morning). I’ll be watching both films back-to-back with a huge bowl of popcorn, bucketloads of sugar, a Jack-O’-Lantern cocktail and tons of candles for ambiance.” —Alicia Cesaro

“Not really a Halloween movie, but it does celebrate the whole fall feeling—shorter days, chillier nights and changing leaves. It’s not really a horror film either, but there’s still enough thrill and suspense to make the list. And who can forget E.T. in his ghost costume, and the child dressed as Yoda in the Halloween scene?” —Alec Kugler